Cam Newton said Thursday the one-year, $1.75 million contract he signed with the New England Patriots is about earning respect.

"It's not a lot of things money cannot buy, but amongst the top of that list of things you would find respect as one of those," Newton wrote on Instagram. "This is not about money for me; it's about respect."

Cam Newton after reports came out that the #Patriots are only paying him $550,000 in guaranteed money. "This is not about money for me, it’s about respect." https://t.co/2YCgUebuvQ

His deal with the Patriots features just $550,000 in guaranteed money, but $6.5 million in potential incentives he could earn during the 2020 NFL season, per Spotrac.

Newton was released by the Carolina Panthers in March. He underwent shoulder surgery following the 2018 season and was limited to two appearances in 2019 before suffering a season-ending foot injury.

The 31-year-old Auburn University product had previously been one of the league's most decorated quarterbacks. He was named the 2015 NFL MVP after winning Offensive Rookie of the Year honors in 2011. He also earned three Pro Bowl selections across his first five seasons.

He earned $121.4 million during his nine years with the Panthers, according to Spotrac.

Newton accepted a one-year, prove-it deal with the Patriots to compete with Jarrett Stidham and Brian Hoyer for the Pats' starting job after the departure of six-time Super Bowl champion Tom Brady, who joined the Tampa Bay Buccaneers in free agency.

Although Stidham showed promise as rookie during last year's preseason, posting a 102.6 passer rating with four touchdowns and one interception in 90 attempts across four games, a healthy Newton would have the inside track to enter the starting lineup.

"Suggesting that Cam can't adapt to Belichick is a lazy narrative," Whitfield said. "Cam recognizes this as a singular opportunity. I can imagine Belichick telling him, 'You have goals, and you have a chip on your shoulder. We have goals, and our shoulders look the same as yours—just not as big.'"

Whether Newton will take the opening snap of the 2020 season likely depends on how much on-field work teams are allowed amid the coronavirus pandemic. The preseason has already been shortened from four games to two with further reductions, or a possible elimination of exhibition games, possible.

That said, it's a signing with plenty of upside for the Patriots as they attempt to keep a strong grip on the AFC East after two decades of dominance under Brady. 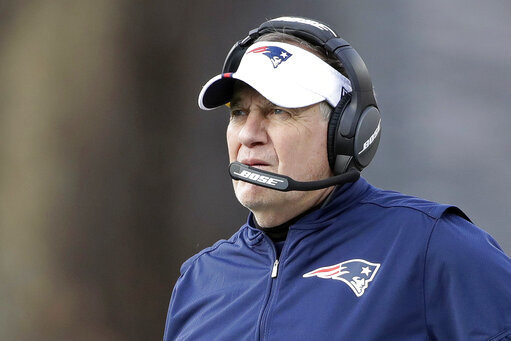