Tiz The Law enters the Belmont Stakes as the clear favorite, but there is a lot of uncertainty heading into this year's event.

While the Belmont usually comes third in the Triple Crown series, rescheduling because of the coronavirus pandemic put the New York event first. This leaves fewer proven commodities heading into Saturday's race.

The pandemic also created a longer layoff than we are used to seeing, with some horses going months since their last race.

Adding in the fact the track will be shorter than past years with just a 1⅛-mile run, there are few reliable factors for bettors trying to pick the winner for the upcoming event. Make sure you examine each of the top options before making your bet.

The field for the 152 Running of the #BelmontStakes, the first jewel of this year's Triple Crown 🏆 https://t.co/wyDkGAR7vJ

Tiz The Law is seemingly everyone's pick to win the Belmont—with some already predicting a Triple Crown—and he has certainly looked the part to this point.

The horse not only won both of his starts in 2020, he dominated both the Holy Bull and Florida Derby. He also has a win at Belmont Park in his career, one of four victories in five career starts.

"He likes this track, so I'm glad to be back on it," trainer Barclay Tagg said, per Beth Harris of the Associated Press (h/t Napa Valley Register).

Tagg's lack of success at this level is a bit of a question mark, last winning a Triple Crown event in 2003 with Funny Cide. He won the first two legs of the trio before falling short with a third-place finish at that year's Belmont.

Tiz The Law has the talent, but there are no guarantees of success with other top competitors in the field.

While Tiz The Law is a proven horse with less experience around him, Dr Post has the opposite situation with trainer Todd Pletcher and jockey Irad Ortiz Jr.

This team has combined for four Belmont wins in their career and remain among the best in the sport each year.

Dr Post is no slouch himself with two wins in three starts, but his lack of competition creates plenty of concerns heading into such a big race. He hasn't competed in a graded event and only once has run more than a mile.

The top speed is notable, however, giving Dr Post a chance to pull off the upset.

Tap It To Win

The Belmont is usually 1½ miles long, but the shortened race could be key to help Tap It To Win come out on top.

Mark Casse said he only entered his horse into the race because it was a shorter track.

"The key is one turn and his ability to get himself together down the backside," Casse said, per Andrew Grosse of Newsday.

Tap It To Win has been arguably the most inconsistent of anyone in the field, earning three first-place finishes and two 10th-place showings in five races. One of the wins came at Belmont in April, showing he can have success on the course.

The three-year-old is dangerous when he's at his best, and experienced jockey John Velazquez has what it takes to get the most out of his mount's potential.

Being close to the rail usually isn't ideal, but Sole Volante has a chance to do well out of the No. 2 post:

💬 "With a lot of speed in the race, hopefully he can sit back comfortably and pick his route from there." - Andie Biancone, Sole Volante assistant trainer. Will he do it in the @BelmontStakes on Saturday? 🤔 #FlyingSun #BelmontStakes https://t.co/HXQnOr7bDP

The horse showed the ability to come from behind already this month, charging from the back to win a race at Gulfstream Park in Florida on June 10. Though this recent event might cause some fatigue, we know the horse is capable of surprises.

Sole Volante has reached the podium in all six of his starts, including four wins, often facing quality competition. He won the Grade 3 Sam F. Davis in February and was the runner-up at the Tampa Derby in March.

There is enough speed to at least get into the top-three at Belmont, the only question is if he can close strong enough to get into first place at the finish line.

When Pneumatic has raced, he has fared well. It just hasn't been all that often.

The horse didn't have his first race until February, when he won at Oaklawn Park. He followed it up with another win on the same track before taking third in the Grade 3 Matt Winn.

Though the third-place finish was enough to qualify for Belmont, it's hardly enough to trust him to win the prestigious race.

Still, the early performances showcased plenty of upside to give trainer Steven Asmussen enough confidence to enter his horse in the classic race. Jockey Ricardo Santana Jr. has also been red hot this year, ranking third in 2020 earnings, per Equibase.

A good position out of the gate could be enough to help Pneumatic compete for the win.

Talking Horses: Yorkshire Oaks clash is off as Enable goes to Kempton 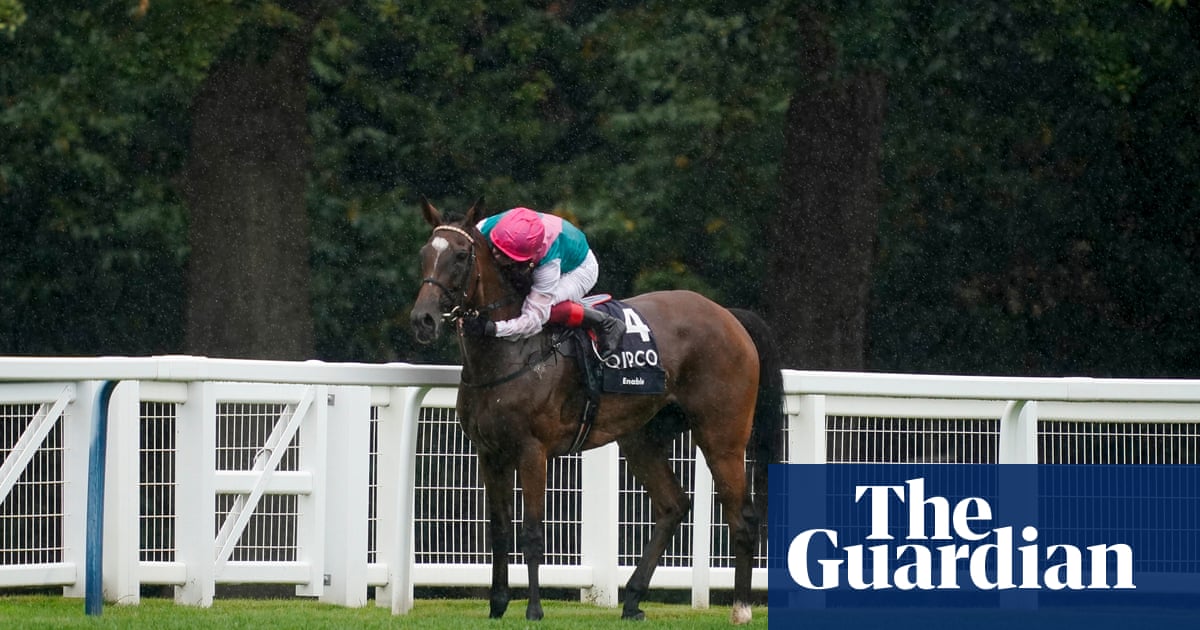 Talking Horses: Yorkshire Oaks clash is off as Enable goes to Kempton

Smooth Like Strait All The Way In La Jolla

Smooth Like Strait All The Way In La Jolla

Smooth Like Strait Wins La Jolla Over Storm the Court 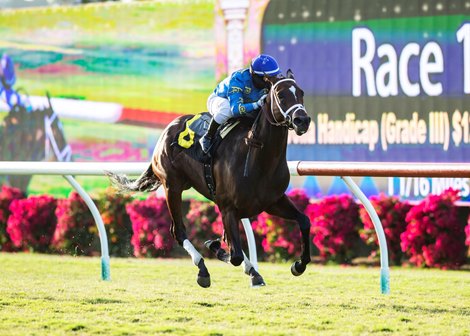 Smooth Like Strait Wins La Jolla Over Storm the Court