According to ESPN's Vaughn McClure, Ryan said the following regarding the donation:

"Last week I made a commitment to listening and learning, and one of the messages that hit home for me was the difference between reacting to a situation and responding to a situation. For far too long, I have reacted to social injustice with empathy and silent support but failed to follow through with active support. I feel the time has come to RESPOND. For ALL of us to respond.

"I see my city hurting, which is why I'm starting a fundraiser to help improve conditions for people of color in the city of Atlanta. ... Over the next few weeks, months I'm going to listen to the needs of the black community and get guidance on how I can be most impactful. I'm going to get input from local grassroots organizations as well as community leaders who are committed to making change."

Per McClure, Ryan set up a GoFundMe page for advancing lives in the black community of Atlanta with an overall donation goal of $2 million.

Ryan is one of several NFL players who have spoken out amid widespread protests against police brutality and racial injustice following the killing of George Floyd in police custody in Minneapolis on May 25.

Floyd died after Officer Derek Chauvin kept his knee pressed against the back of Floyd's neck for nearly nine minutes while he was facedown on the ground in handcuffs. Floyd told Chauvin he couldn't breathe several times, but Chauvin never eased the pressure, and Floyd was later pronounced dead at the hospital. 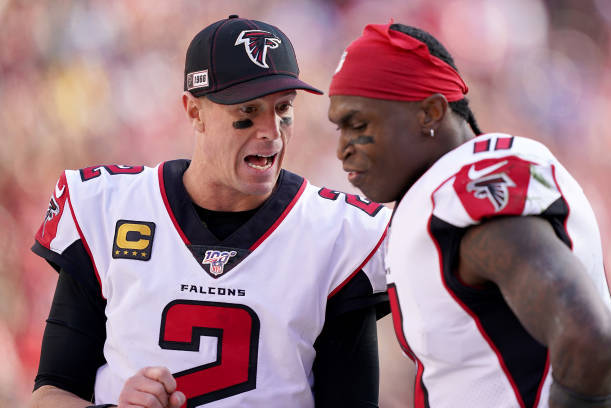 Since Floyd's death, there have been protests against racial inequality, social injustice and police brutality in major cities across the United States, including Atlanta.

The 35-year-old Ryan has spent his entire 12-year NFL career with the Falcons after they selected him third overall out of Boston College in the 2008 draft.

Ryan is a four-time Pro Bowler, one-time first-team All-Pro and one-time NFL MVP. He also led the Falcons to the Super Bowl at the conclusion of the 2016 season.

As of Friday morning, the GoFundMe set up by Ryan had raised nearly $508,000 of the $2 million goal.