As Washington Redskins running back Adrian Peterson prepares to enter his 14th season in the NFL, he continues to set high goals for himself.

Speaking to NFL Network this week, the running back said he's looking to pass Barry Sanders on the league's all-time rushing list.

"That's definitely one of the goals," Peterson said (h/t Pro Football Talk's Michael David Smith) "Passing Barry Sanders would definitely be one of the highlights of my career. What he accomplished, and how I've looked up to him, I've always wanted to say I did something better than Barry Sanders."

That was at age 30. He ran for 1,042 yards in 2018, but that number dropped to 898 yards last year. Now entering his age-35 season, Peterson will have a daunting task ahead as he looks to pass Sanders.

There's also plenty of competition in the backfield this season, with 2018 second-round pick Derrius Guice also in the mix. Guice has missed a total of 27 games since entering the league in 2018 because of injury, so Peterson will need to remain ready to step in as the lead back.

Sanders infamously walked away from professional football after 10 years at age 31. During his time in the league, he never finished a season with fewer than 1,115 rushing yards, averaging more than 1,500 yards per season for his career, including an average of 99.8 yards per game for 153 contests.

Only one active player remains ahead of Sanders on the all-time rushing list, with Frank Gore reaching 15,347 yards after last season to move into third place. Walter Payton is in second place with 16,726 yards, while Emmitt Smith sits comfortably atop the list with 18,355 yards. 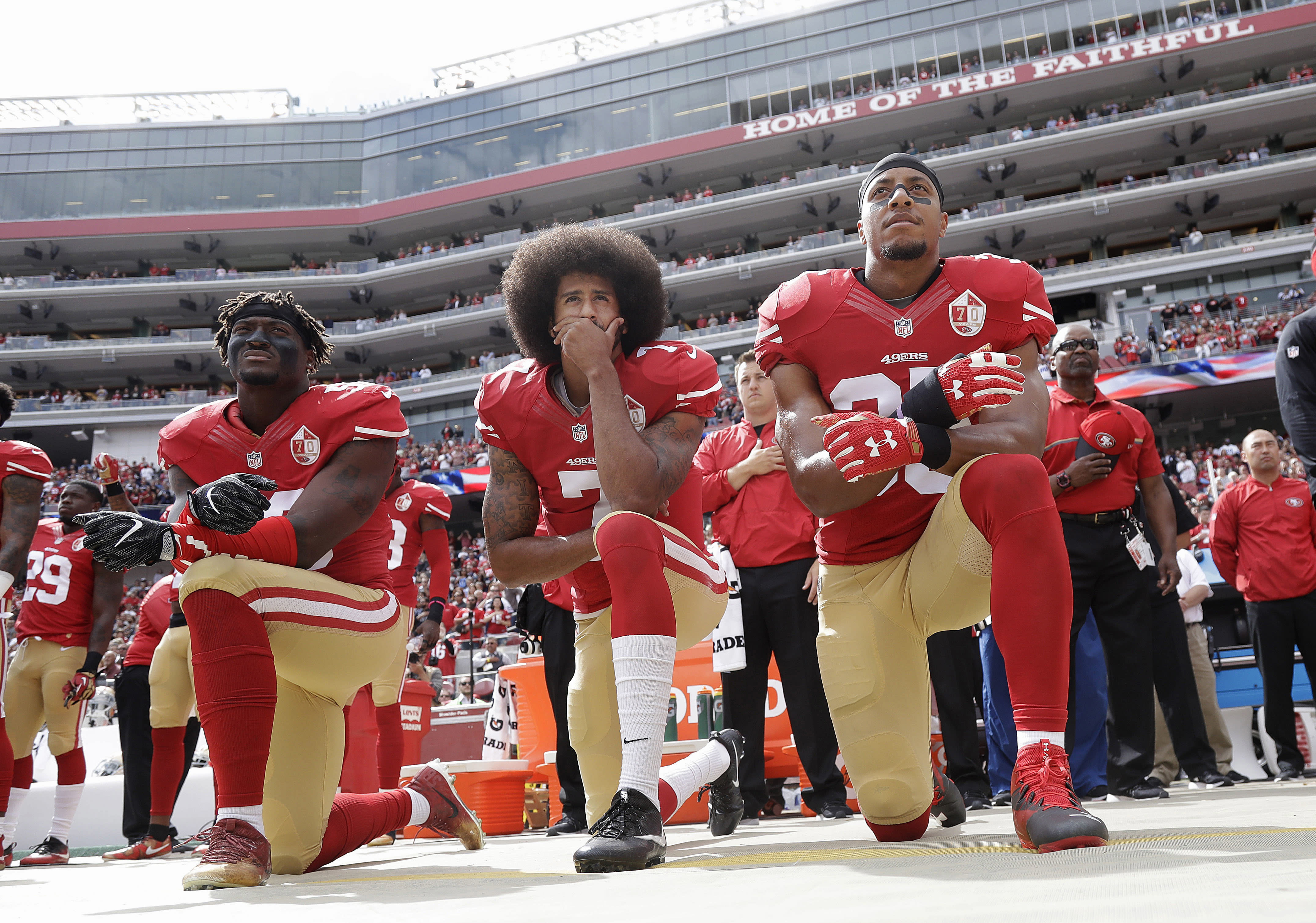 Adrian Peterson plans to kneel during national anthem next season

Adrian Peterson plans to kneel during national anthem next season