Nearly three months after a controversial ending to the NBA Slam Dunk Contest arguably robbed Aaron Gordon of the title, the Orlando Magic star and his most infamous judge, Dwyane Wade, took to Instagram Live to finally discuss the epic evening.

On Friday, Wade finally explained himself.

D-Wade explains to Aaron Gordon why he gave him a 9 out of 10 in the dunk contest Fair point? 🤔 https://t.co/cX0FA6YYg2

"There's only a couple of people that think D-Jones should have won, though ... You and D-Jones." D-Wade and Aaron Gordon clear the air about the 2020 dunk contest *NSFW* (via @DwyaneWade) https://t.co/bah7OwEDzt

"We didn't feel you lost the dunk contest overall," Wade said. "It was about the dunk."

To correct the record once and for all, Wade suggested Gordon and Jones should link up for a one-on-one dunk-off in the same way Tiger Woods and Phil Mickelson have done in golf with "The Match."

Gordon said he'd consider it as long as "the cheese is right."

With the NBA currently on hiatus, a redo of one of the most disputed dunk contests in recent memory may be necessary. 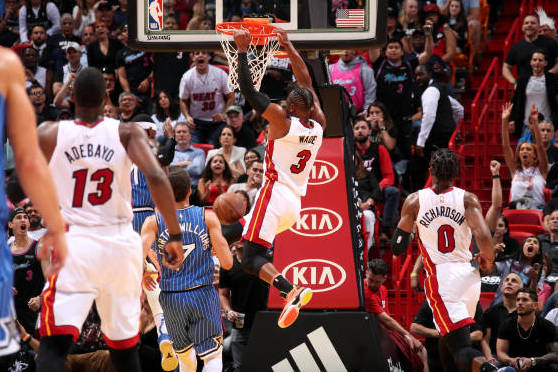