Naturally, Bucs general manager Jason Licht is looking to retain the 24-year-old, who is entering the final year of his rookie deal, on a long-term basis.

Licht said as much in an audio call with season pass holders, per the Tampa Bay Times:

"First of all, we love Chris. Everybody and anybody in the organization can tell you that Chris is a huge piece of this team and and Chris is an impact player at the position. I've personally told Chris we want him to be here long-term and be a Buccaneer for life.

"In terms of when that happens? I can't tell you right now when those talks will officially begin. But I do know that he is in our plans for the long-term."

Godwin has played three seasons with the Bucs after Tampa Bay drafted the former Penn State wideout 84th overall in 2017.

By all accounts, Godwin was one of the NFL's best wide receivers last year despite missing the final two weeks with a hamstring injury.

Godwin also ranked first in yards per reception (15.5) among players with at least 75 catches.

Inking Godwin long term would keep him and fellow star wideout Mike Evans on the Bucs well into the 2020s. Evans signed a five-year, $82.5 million extension in 2018 that will keep him in Tampa through 2023, per Over the Cap.

That duo will be joined by a pair of Super Bowl-winning teammates from New England in quarterback Tom Brady and tight end Rob Gronkowski, who could help make Tampa the league's most potent offense in 2020. 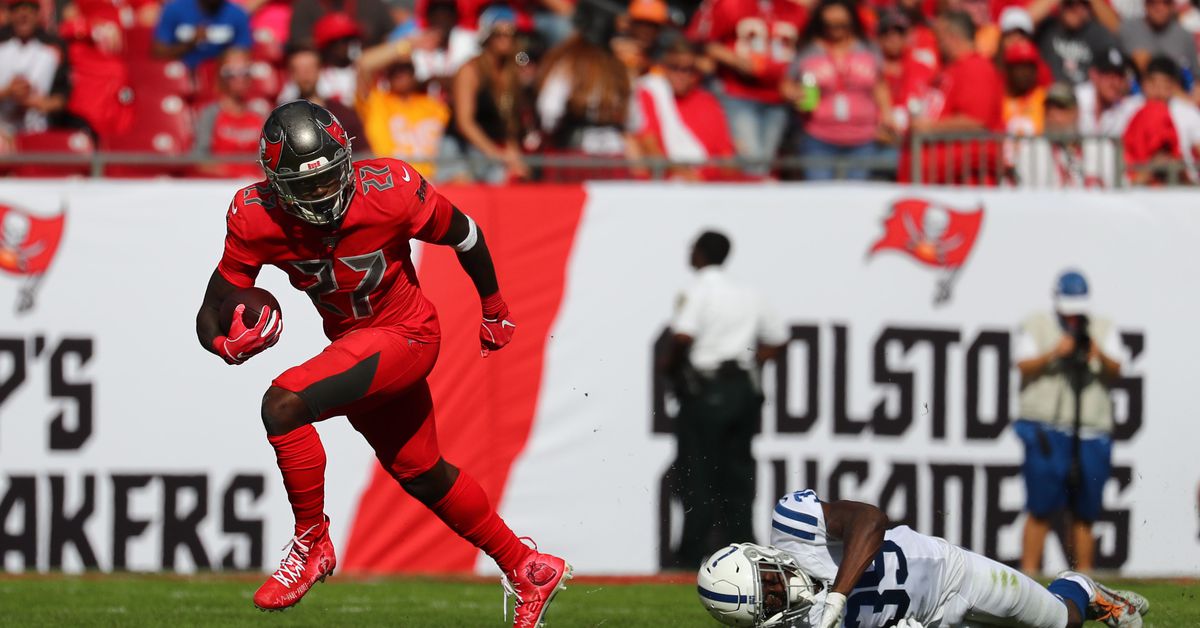 Five swaps that could happen before the 2021 NFL season 📲