Baltimore Ravens president Dick Cass is preparing for the NFL to scrap plans for the rookie camps and organized team activities but hasn't lost hope the 2020 season will be played as the coronavirus pandemic continues to spread across the world.

Speaking on the Ravens' The Lounge podcast, Cass said he believes players will be able to return to team facilities by the start of training camp in August.

"I just don't think the OTAs are going to happen at all," Cass said. "I hope I'm wrong. I'm hoping we can get some players in [the facility] in June, but I'm sort of doubtful of that. The next big date for the players of course will be the opening of training camp. We're all hopeful that will not be delayed."

The Ravens have remained fully active this offseason, reportedly agreeing to terms with defensive tackle Michael Brockers and acquiring defensive end Calais Campbell as they look to solidify their defense for a potential Super Bowl run in 2020.

Of course, that's now mostly on the back-burner as COVID-19 remains a significant threat to not just the NFL season, but the public at large.

In Maryland alone, there have been 580 confirmed cases of the coronavirus with four deaths as of Thursday, according to CNN's Christina Maxouris, Steve Almasy and Amanda Watts.

"We are going about the business of continuing to spend money on players," Cass said. "We've been active in free agency and other teams have [too] on the assumption we're going to have a full season."

Wednesday evening marked another grim milestone for the NFL as commissioner Roger Goodell officially shut down all team facilities. The league is currently looking at contingency plans for offseason events, including holding the April 23 draft in a studio and inviting prospects to participate in the process virtually.

Beyond that, it remains unclear what the season will look like or if it will be played in full. The first step in figuring that out is allowing team officials to return to their offices. So far, there hasn't been much clarity to that end.

"We're continually monitoring the whole situation," Cass said. "We're hopeful that in four weeks, maybe people can come back [to the team's headquarters] in some capacity, that's the week of the draft by the way. But I think that's unlikely. The reality is, we cannot really go back to our offices until we get the all-clear signal from [Maryland] Governor [Larry] Hogan or the federal government."

Ravens among Super Bowl favorites in 2020, according to one advanced metric

Ravens among Super Bowl favorites in 2020, according to one advanced metric 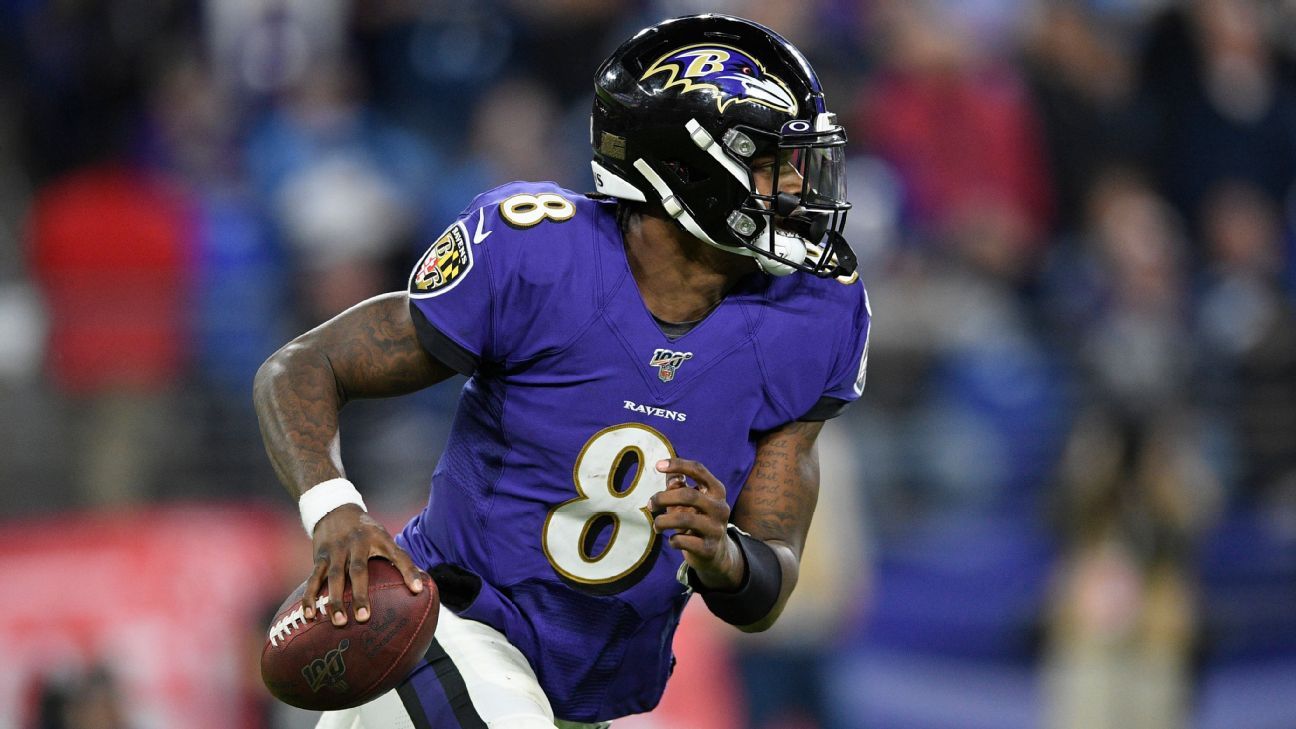