Brady was asked about his departure from the New England Patriots, for whom he played his first 20 seasons. He remained diplomatic when discussing his former team:

Tom Brady asked about Robert Kraft saying it was Brady's decision to leave NE: "Again, I am not responsible for how other people will say certain things. Mr. Kraft has been a great influence in my life. I am so thankful for 2 decades. ... I am excited for this opportunity."

Was Tom Brady disappointed the Patriots didn't work harder to retain him? "There's no one who is a bigger fan of the Patriots than me. I have nothing but total respect and love. I'm so grateful to Mr Kraft, the organization and coach Belichick."

more Brady on staying in NE: "I had two decades of incredible experience learning from the best players and coaches. Things in life can change, and you gotta be able to adapt and evolve." #Bucs #Patriots

He did, however, sidestep a question about what the Patriots could've done to re-sign him.

"Again, I don't want to talk about the past because that's not relevant to what's important in my future and this offseason for me," he said, per the Boston Globe's Jim McBride.

Brady is a six-time Super Bowl champion, three-time MVP, and one of the greatest quarterbacks in history. He knows, however, sports are a results-based business and that he's starting with a clean slate in Tampa Bay.

"Where I've been, I've learned a great deal," he said, per Draft Wire's Luke Easterling. "As I move forward, no one cares what you've done in the past. There's a lot of things I have to get up to speed on, learning different terminology, that's a unique challenge I haven't faced, but one I look forward to."

The 42-year-old might have to find different ways to build an on-field rapport with Buccaneers players. The NFL indefinitely delayed the start of offseason team activities due to the COVID-19 pandemic, and it's unclear whether preseason preparations will be impacted further.

Brady is planning to do what he can to familiarize himself with his new teammates:

Brady says he's going to reach-out to his new teammates and use technology as best as they can to get up to speed with everyone and do what they can under these conditions of being separate for now.

Tom Brady says he will try to "meet up in different places" with his new Buccaneers teammates if NFL teams' offseason programs are canceled due to the coronavirus pandemic.

The 14-time Pro Bowler is two years younger than Buccaneers offensive coordinator Byron Leftwich, who played against Brady on the field.

"I'm excited. We've had a chanced to talk a couple of times," he said of Leftwich, per The Athletic's Greg Auman. "We're right around the same age. I watched him play for a long time, competed against him."

Brady's excitement will undoubtedly be shared by Bucs fans.

Buccaneers' Biggest Mistake of the Past Decade

Buccaneers' Biggest Mistake of the Past Decade

Figures who will shape 2020 NFL season: Bruce Arians has work to do if he wants to win with Tom Brady 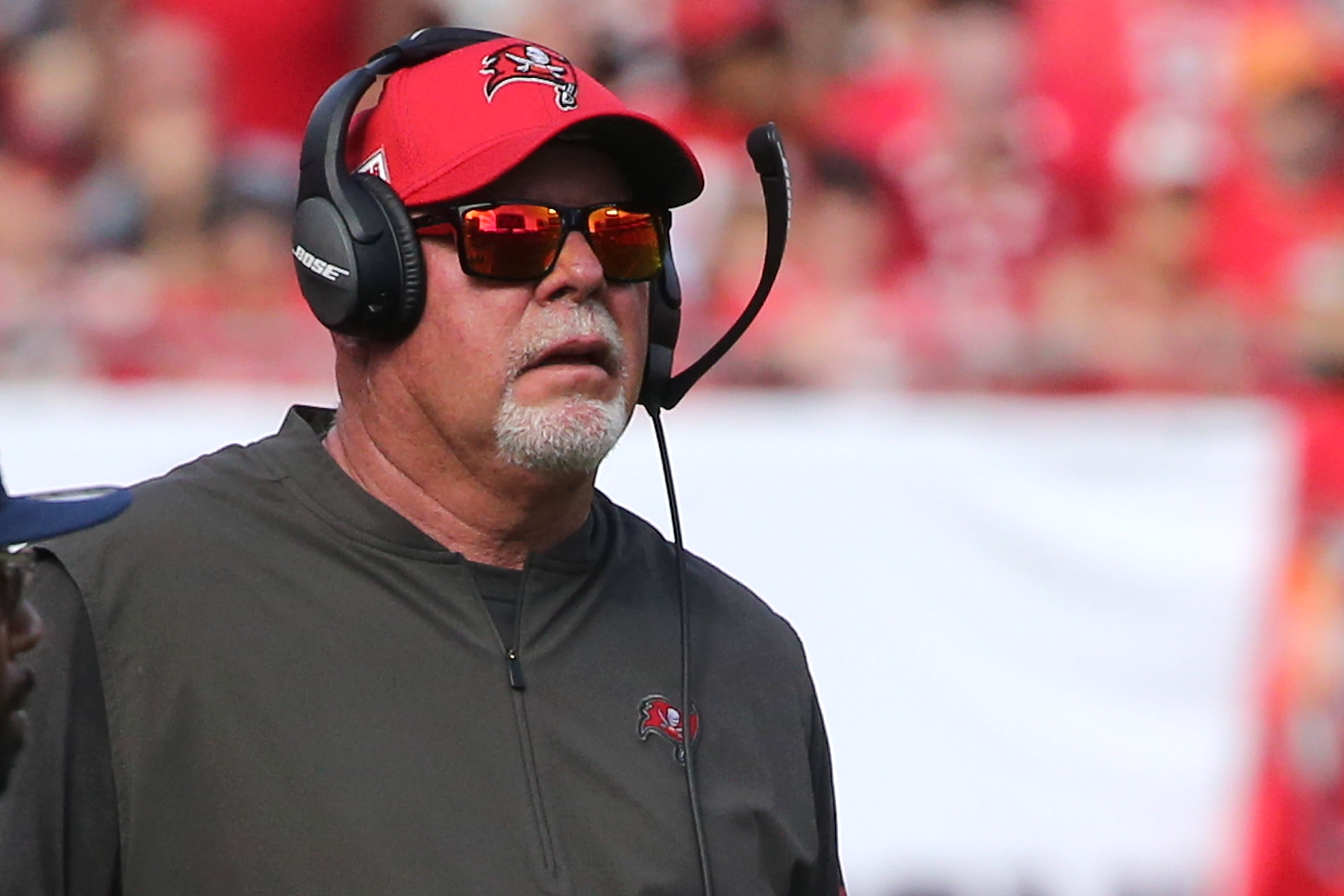 Figures who will shape 2020 NFL season: Bruce Arians has work to do if he wants to win with Tom Brady