"A Louisiana man through and through, I made the hardest decision of my life by choosing to stay home and continue my life's journey at Louisiana State University," Edwards-Helaire's announcement read, in part. "The past 3 years of my journey produced memories I will never forget."

Edwards-Helaire ended by shouting out his teammates, who include Heisman Trophy-winning quarterback and probable No. 1 overall pick Joe Burrow: "Lastly, I want to thank my Teammates. I love you guys. That's as simple as I can make it. We've been through everything together."

LSU defeated the No. 3 Clemson Tigers 42-25 to claim the national title. Edwards-Helaire led all rushers in the game with 110 yards on 16 carries, his seventh outing with at least 100 yards rushing this season.

Overall, the Baton Rouge, Louisiana, native rushed for a career-best 1,414 yards and 16 touchdowns alongside 453 yards and one touchdown on 55 catches across 15 games as a first-year starter in 2019-20.

Former LSU and New England Patriots running back Kevin Faulk recently told The Athletic's Bruce Feldman that Edwards-Helaire "has some Barry Sanders in him."

Bleacher Report's Matt Miller, who ranked Edwards-Helaire as the 10th-best back in this class and projected him as a second-rounder, evaluated him after Monday's CFP National Championship Game:

"A first-year starter, Edwards-Helaire was the difference once Clemson settled into a 3-1-7 look on defense that flooded the field with defensive backs. The LSU coaching staff wisely turned around and handed off to its bowling ball of a running back.

"It's easy to love what Edwards-Helaire does. He's tough, powerful, versatile as a receiver and slippery when running on the edge. He might not have Etienne's home run speed, but his all-around game projects as that of an NFL starter." 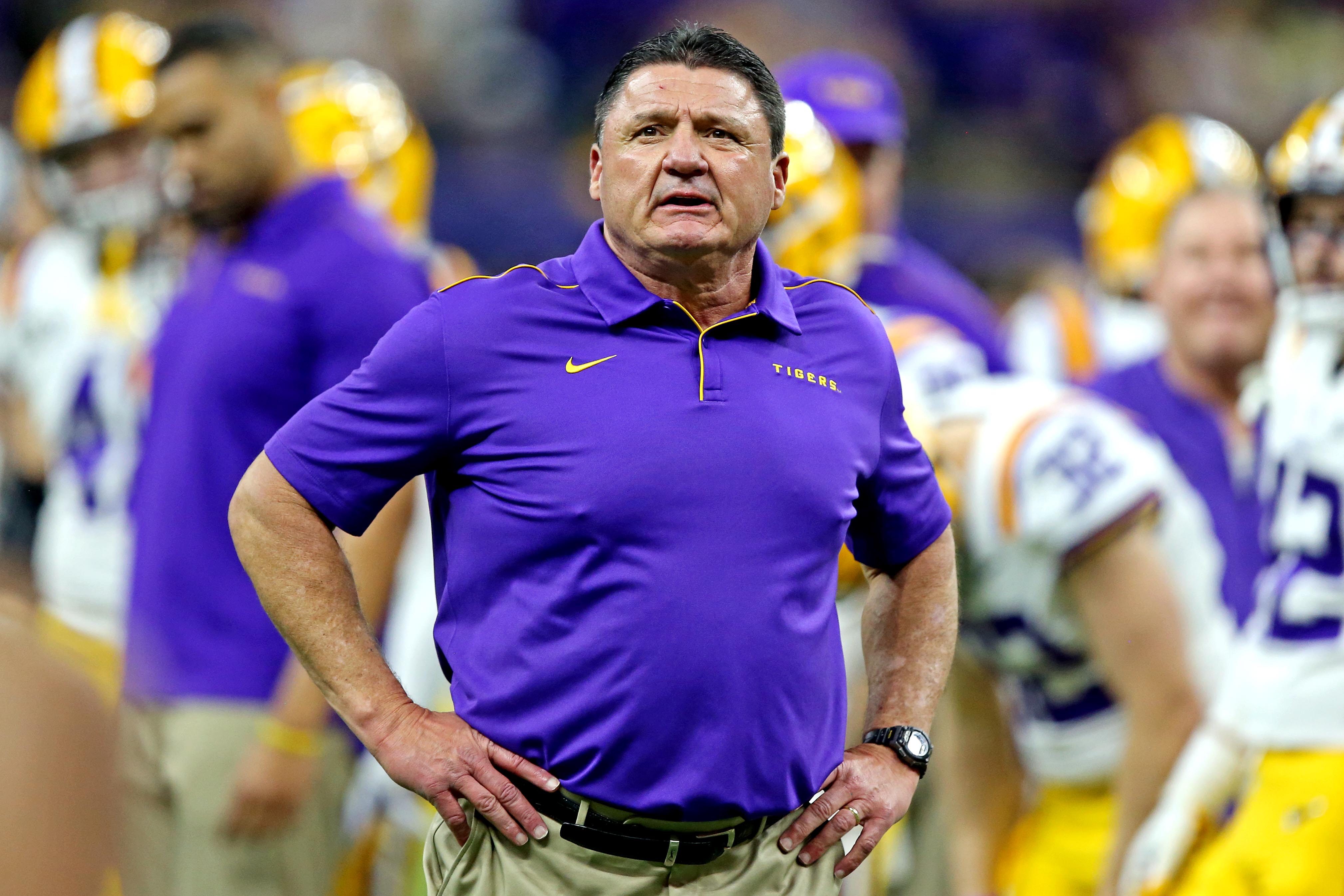