The Washington Redskins announced on Wednesday that they exercised the option in running back Adrian Peterson's contract for the 2020 season.

New head coach Ron Rivera said the following regarding the decision: "Adrian Peterson is the epitome of what it means to be a pro in this league. Adrian's leadership and passion towards the game of football will set an example of what is expected of the players in this program moving forward."

According to NFL Network's Tom Pelissero, Peterson is set to make $2.5 million with another $1.5 million in possible incentives, although it isn't guaranteed that he will make the team.

The 34-year-old is set to return for his 14th NFL season and his third as a member of the Redskins after leading the team in rushing in both 2018 and 2019.

It was unclear if Peterson had much left to offer after rushing for just 529 yards in 10 games split between the New Orleans Saints and Arizona Cardinals in 2017, but the Redskins took a chance on the future Hall of Famer when then-rookie running back Derrius Guice suffered a season-ending injury during the 2018 preseason.

The move paid dividends for Washington, as Peterson rushed for 1,042 yards and seven touchdowns, marking the eighth 1,000-yard season of his illustrious career. 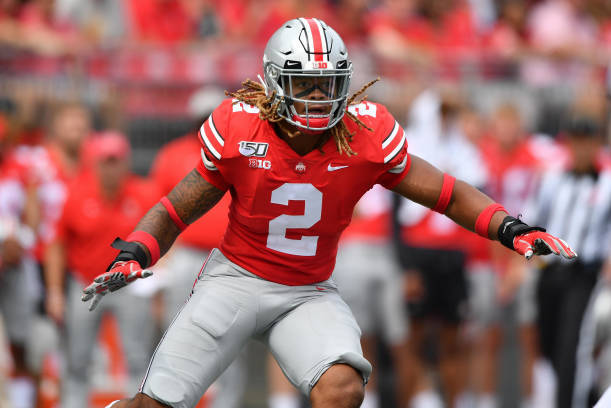 Washington brought Peterson back on a one-year deal with a team option for 2020. Peterson figured to have a lesser role with Guice returning to the fold, and he was even inactive for the first game of the 2019 campaign.

Guice got injured again, though, and was limited to just five games. As a result, Peterson appeared in 15 games and led the team in rushing again with 898 yards and five touchdowns. His yards-per-carry average also improved slightly from 4.2 in 2018 to 4.3 in 2019.

The former Minnesota Vikings star further cemented his legacy in 2019 by surpassing Curtis Martin for fifth on the all-time rushing yards list with 14,216 and Walter Payton for fourth on the rushing touchdowns list with 111.

The Redskins fired head coach Jay Gruden after an 0-5 start and then moved on from interim head coach Bill Callahan, who led them to a more respectable 3-8 finish. In their place, Washington hired Rivera, the longtime Carolina Panthers coach.

With a new regime coming in and uncertainty surrounding Guice's health, it was difficult to predict how the Redskins would handle Peterson's contract.

However, given the fine work Peterson has done for Washington and the fact that he can be a veteran leader on an offense with young rising stars such as quarterback Dwayne Haskins and wide receiver Terry McLaurin, bringing him back seems like the right move.

1 UFA Who Should Turn Heads in Redskins' Training Camp

1 UFA Who Should Turn Heads in Redskins' Training Camp