France eliminated the United States from the FIBA World Cup on Wednesday with an 89-79 quarterfinal victory at Dongguan Basketball Center in Dongguan, China.

The loss ended Team USA's 58-game international winning streak in non-exhibition games involving NBA players. It also ensured that there will be a new FIBA World Cup champion for the first time since Spain won the tournament in 2006.

The Americans were dominated on the glass, with France out-rebounding them by a 44-28 margin. Utah Jazz center Rudy Gobert was front and center in that regard, as he finished with 21 points, 16 rebounds and three blocks. Orlando Magic guard Evan Fournier also had a big game for the French with 22 points.

With the win, France will move on to face Argentina in the semifinals Friday, with the winner of that game earning the right to play for the FIBA World Cup.

Things looked bleak for the Americans in the early going, as France led by as many as eight in the second quarter thanks to Gobert and Fournier, as well as supplemental production from former San Antonio Spurs guard Nando De Colo:

As Keith Smith of Yahoo Sports and Tony Jones of The Athletic pointed out, Indiana Pacers center Myles Turner had his hands full with Gobert:

It's been a major struggle for Myles Turner today. Can't handle Gobert and has 2 fouls (should be 3). Has made curious decisions dropping in PnR. And hasn't held up on the boards.

Team USA down by six at halftime. Gobert has been the best player on the floor by a good margin. Mitchell has 15-3-3 for the Americans

In an interview leading up to Wednesday's game, Turner seemed to take a jab at Gobert by saying "some" consider him to be the Defensive Player of the Year.

Gobert is the reigning two-time Defensive Player of the Year, and he showed why by holding Turner to just two points and one rebound in what was by far his worst game of the tournament.

Team USA got a much-needed bucket from Mitchell at the buzzer to enter halftime facing a six-point deficit, and that seemed to energize the Americans:

Donovan Mitchell beats the buzzer to end the 1st half. Team USA and France are locked in a close match at #FIBAWC on ESPN2 🍿 https://t.co/rD87rHKCn5

France did extend its lead to as much as 10 in the fourth quarter, but Mitchell began to take over at that point and led the U.S. on a major run.

Head coach Gregg Popovich went small in the third quarter and let the offense run through Mitchell, and that turned out to be a smart move. Team USA finally erased the deficit and tied it up with less than three minutes remaining in the frame:

Celtics guard Marcus Smart then gave Team USA the lead when he made all three free throws after getting fouled on a three-point attempt. France tied it back up, but a Mitchell trifecta gave the Americans a 66-63 lead entering the fourth quarter.

Both Marc Stein of the New York Times and ESPN's Brian Windhorst lauded Mitchell for his third-quarter performance:

Donovan Mitchell is feeling it inside and outside. Attacking the cup and just rattled home a 3 to get to 29 points. Gregg Popovich has gone super small to counter the Gobert Factor ... and it's working

Donovan Mitchell is having one of the great games in Team USA history. He has 29 points thru 3 quarters. US in fight with France, up 66-63. Game on ESPN2.

That would prove to be the high point of the game for Mitchell, though, as he didn't record a single point in the fourth quarter. Even so, Team USA extended its lead to 74-67, but things went south from that point forward, with France finishing the game on a 22-5 run.

Mitchell going cold and the Americans struggling from the free-throw line contributed to the France comeback. Team USA shot 66.7 percent from the charity stripe to France's 84.0 percent.

Smart missed four free throws, and while Walker only missed two, they came at a key time when the U.S. was down by six with 42 seconds left. Smith and Kristian Winfield of the New York Daily News noted that Walker didn't get the job done Wednesday:

Jaylen Brown was great today. Marcus Smart was great minus the missed FTs. Kemba Walker has his worst game of the tournament by far.

Kemba Walker just went 1-for-3 from the FT line down 6 with 42 seconds left. Nightmarish game on a huge stage.

Team USA's fourth-quarter meltdown ended its tournament for all intents and purposes, but the U.S. technically has games remaining. USA will face Serbia in a classification game Thursday and will then play for either fifth place or seventh place Saturday, depending on the result of that game.

Anything short of a gold medal is a major disappointment for the Americans, though, regardless of how many big-name players dropped out before the tournament. 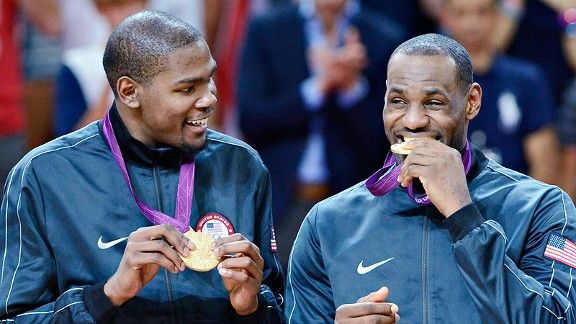