Cunningham is a 5-star prospect ranked as the No. 2 overall player and No. 1 combo guard in the 2020 class out of Montverde Academy in Florida, according to 247Sports. The likes of Ben Simmons, Joel Embiid and RJ Barrett have played at Montverde.

The 6'6", 215-pound guard is originally from Arlington, Texas, where he played two years at Arlington Bowie.

Five-star guard Cade Cunningham is making a run at the No. 1 spot in the class of 2020. Kid is having a huge spring. @CadeCunningham_ https://t.co/fMWgjYStsV

Cade Cunningham down to 10 schools. Have said this before – in my opinion, Cunningham is the best high school prospect in the country regardless of class. Recruitment worth paying real attention to. https://t.co/dx1rUs3qrO

"The main thing for me was just the head coaches and the systems that they run and then how they approached me," Cunningham told Rivals.com's Krysten Peek of his elimination process. "Like, how they feel like I can fit into their game. I think that was the biggest thing for me."

Cowboys head coach Mike Boynton must have stood out above the rest. Zach Lancaster of the 247Sports network noted that Cunningham "credited Boynton as the main reason" Oklahoma State resided so highly on his list.

Cunningham's brother, Cannen, was hired by OSU as an assistant coach in June.

In preparation to join the Cowboys, Cunningham played on the Nike EYBL D1 Circuit in addition to Montverde. 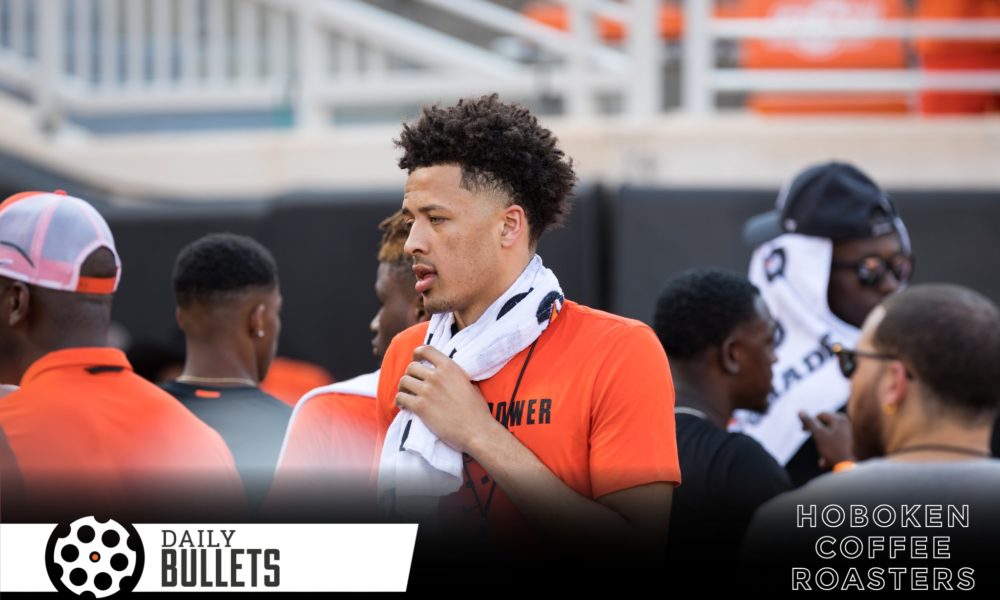