Damian Lillard dropped a game-winning, buzzer-beating 37-foot three-pointer to cap off a 50-point effort as the No. 3 seed Portland Trail Blazers beat the No. 6 Oklahoma City Thunder 118-115 in Game 5 of their NBA Western Conference first-round playoff series Tuesday. 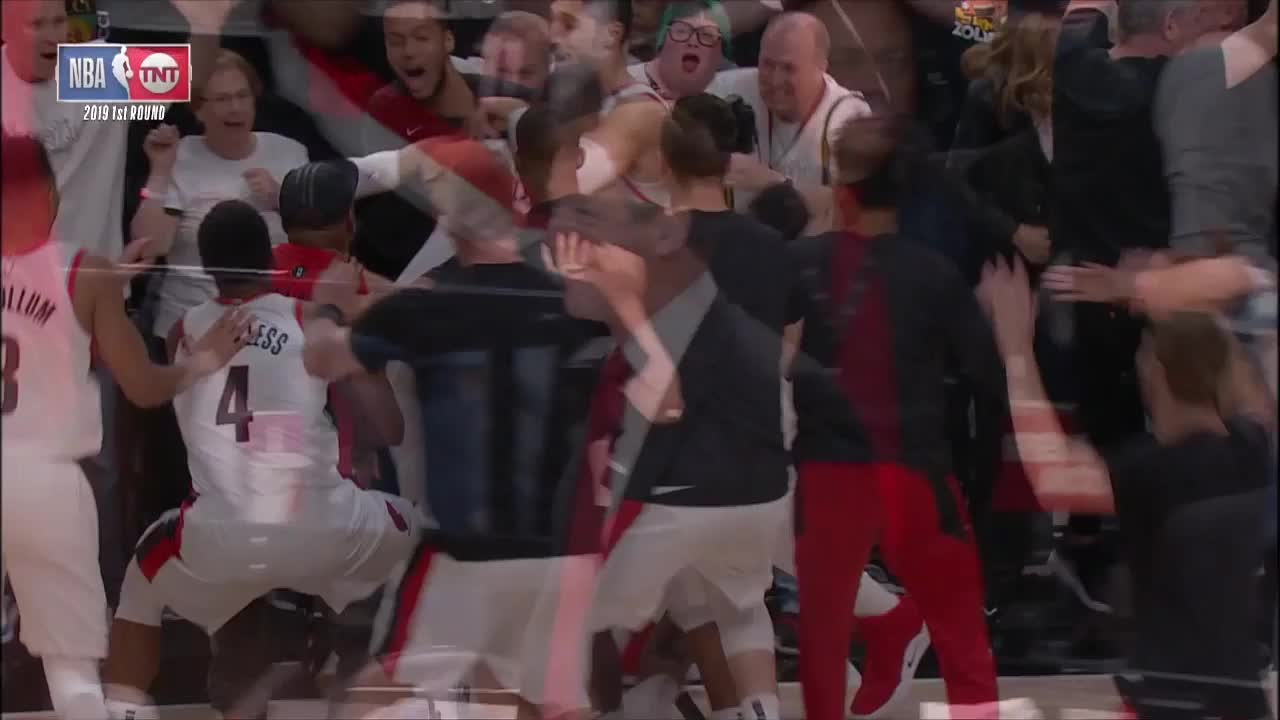 With the win, the Trail Blazers took the seven-game series 4-1.

Lillard, who scored 34 points in the first half alone, went 17-of-33 from the field and 10-of-18 from deep. He also added seven rebounds, six assists and three steals.

With Portland down 115-113, Lillard hit a two-pointer with 32.8 seconds left to tie the game. After a Russell Westbrook miss, Lillard got the ball from Al-Farouq Aminu, wound the clock down and hit his second career game-winning, buzzer-beating shot to end a playoff series. The first occurred against the Houston Rockets in 2014, with Lillard leading the Blazers to a first-round win.

Moe Harkless and CJ McCollum each scored 17 for the Blazers. Paul George led the Thunder with 36 points, and Westbrook added a 29-point, 14-assist, 11-rebound triple-double.

Damian Lillard Is the Most Dangerous Man in the NBA Playoffs

Milwaukee Bucks forward Giannis Antetokounmpo should be this year's NBA MVP, and Houston Rockets guard James Harden may be putting up stats not seen since Wilt Chamberlain's prime, but Lillard may be the most dangerous man in the NBA playoffs.

Every so often, a player seems to achieve a certain level of athletic invincibility. It doesn't matter if, say, that player is being guarded by someone seven inches taller, someone who just so happens to be one of the league's best defenders.

And it doesn't matter if that player decides to attempt a 37-foot three-pointer with time winding down in a tie game.

Somehow, everything goes that player's way.

We saw it when Dwyane Wade scored 34.7 points per game in the 2006 NBA Finals to lead the Miami Heat to victory over the Dallas Mavericks.

We saw it when LeBron James carried the 2006-07 Cleveland Cavaliers to an Eastern Conference title in part because he scored his team's last 25 points in a win over the Detroit Pistons.

We saw it when Kemba Walker lit up the Big East and NCAA tournaments en route to guiding UConn to the 2011 NCAA title.

Lillard is reaching the point where basketball fans are going to look back years from now and remember exactly what he accomplished in 2019, much like that aforementioned trio.

Lillard averaged 33.0 points per game against a Thunder team that finished fifth in defensive efficiency, per ESPN.com. Alex Kennedy of HoopsHype provided a full look at his outrageous stat line:

He did all of this while guiding a Blazers team that was coming off a devastating first-round sweep at the hands of the New Orleans Pelicans last season.

Not only did Lillard and the Blazers bounce back, but they needed only five games to do so.

I mean, they dunk on you at the buzzer of an already decided game and mock you with baby rocking and your own wrist tapping move and you just bide your time and wait. And pounce. Lord, @Dame_Lillard is the absolute man. @trailblazers fans are lucky. https://t.co/zmJ1eMbF6D

Blazers head coach Terry Stotts, who has been an NBA head or assistant coach since 1992, offered lofty praise:

After the game ended, Lillard stood alone on one historic postseason pedestal:

⌚️ @Dame_Lillard advances the @trailblazers and becomes the only player in #NBAPlayoffs history to record a stat line of at least 50 PTS, 5 REB, 5 AST &amp; 10 3PM! #RipCity https://t.co/1whLxF5fDK

It's one thing to drop that line in a mid-January regular-season game, but it's another to do that when you're playing in a potential series-clinching game.

Lillard gives the Blazers a chance in a seven-game series against anyone.

As for now, he's the one getting the last word:

Damian Lillard: There’s been a lot a talk, a lot of back and forth, and that was the last word.”