His seven homers aren't the most in the young 2019 Major League Baseball season. Khris Davis (10), Cody Bellinger (9), Christian Yelich (9), Joc Pederson (8) and Jay Bruce (8) have him beat. Paul Goldschmidt and Marcell Ozuna are tied with him.

What those guys have in common, however, is the same thing that almost all MLB players have in common: They're bigger than the Houston Astros second baseman.

Standing in slack-jawed wonder at the unlikely juxtaposition of Altuve's extraordinary numbers and his diminutive 5'6", 165-pound frame is admittedly anachronistic. He hit his way to his first All-Star Game back in 2012 and has since earned five more All-Star nods and an American League MVP.

Still, even Altuve's .317 career average and twice-accomplished peak of 24 long balls didn't portend what he's doing now. His power explosion hasn't come at the expense of anything else, as he's also hitting .328 with a 1.050 OPS.

"I'm not the power hitter that we're all seeing right now, but I'll take it," the 28-year-old said Saturday after homering in his fifth straight game, per MLB.com's Daniel Kramer. "If I can keep hitting homers for my team, I'll be happy."

Altuve's modesty isn't misplaced. He's on pace to hit 70 home runs, although he's bound to fall short of that mark unless the spirit of 2001 Barry Bonds possesses him.

Nor is he likely to break the home run record for players no taller than 5'6". That belongs to Hack Wilson, who smashed 56 in 1930, when a mere 16-team league got a huge offensive boost courtesy of a juiced-up "rabbit ball."

But 40 homers? At the rate Altuve is going, that may be doable.

If nothing else, it helps that he's healthy. He wasn't for a good chunk of 2018, as he suffered a knee injury on July 25 that put him on the injured list for a month and ultimately required offseason surgery.

Even when he could play in the latter half of last season, Altuve's power stroke clearly wasn't the same. His launch angle and exit velocity on batted balls tell the tale of how he ended up with only 13 home runs:

Had Altuve finished the 2018 season healthy, he might have finished with 20-plus home runs for the third straight season. Considering he hit 21 total homers in his first four major league seasons between 2011 and 2014, that alone would have been a feat.

A change in Altuve's hitting mechanics in the 2014 season catalyzed his improvement. As Eno Sarris covered at FanGraphs and Fox Sports, the Venezuela native switched his timing mechanism from a subtle toe tap to a more pronounced leg kick.

One advantage, in his own words: "I recognize pitches earlier now that I'm doing that."

And the other, also in his own words: "I'm hitting the ball a little harder."

As his results would suggest, he's reached peak efficiency in 2019.

For one thing, his swing rate has declined from 52 percent in 2015 to a career low of 42 percent. His chase rate outside the strike zone is also at a career low, which effectively confirms that his newest mode is less "passive" and more "disciplined."

Altuve has already produced eight "barrels," which are essentially batted balls hit with a perfect combination of launch angle and exit velocity. When coupled with his new and improved selectivity, he takes his place among the league's slugging greats in barrels produced per swing taken:

The right-handed swinger also had another efficiency trick up his sleeve. The easiest route to power is to a hitter's pull side, so he's hit a career-high 50 percent of his fly balls and line drives to left field.

Whether it's necessary for Altuve to hit the ball over the fence to help the Astros is a fair question. He can and has been worth a lot to them with lesser power. According to Baseball Reference, he produced 6.1 wins above replacement in 2014 and 5.2 WAR in 2018.

However, more power is almost never a bad thing for a hitter. And since Altuve doesn't have the raw might of Aaron Judge, Giancarlo Stanton or Mike Trout, how he's generating power now is the only way he can blast more dingers.

It worked in 2016 and 2017, when he was worth a total of 15.7 WAR. It's working even better now, and the end result may well be a season that puts even Altuve's best years to shame.

Dusty Baker Thinks His Astros, Not the Nats, Are the Team to Beat in 2020 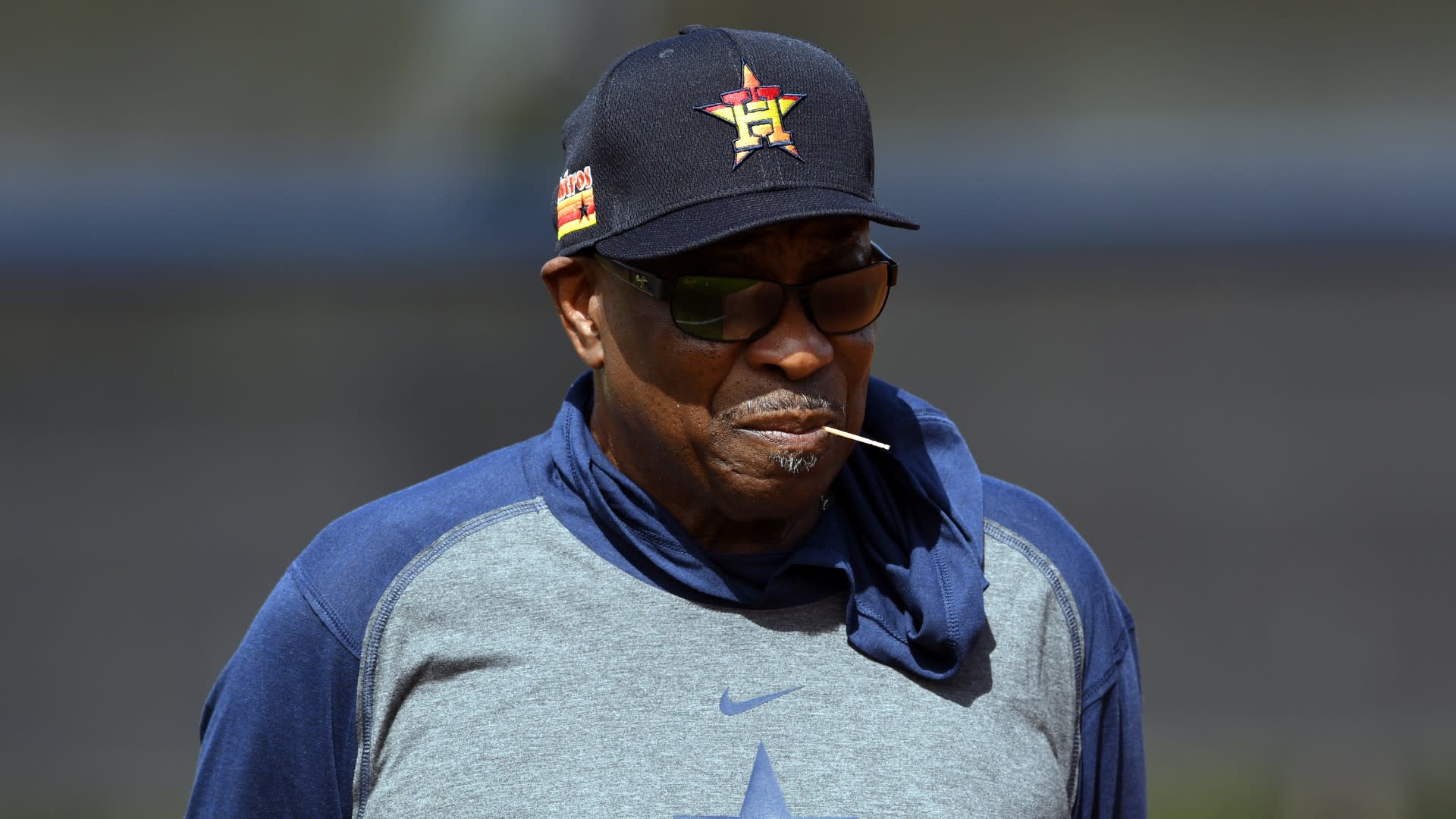 Dusty Baker Thinks His Astros, Not the Nats, Are the Team to Beat in 2020