The Kansas City Chiefs and Los Angeles Rams are scheduled to play what could be the game of the NFL season next Monday at Mexico City's Estadio Azteca, but the playing surface is reportedly a concern.

According to Adam Schefter of ESPN.com on Monday, the league is "determined" to play the game in Mexico City "despite significant concerns about the poor playing surface." While Schefter cited one source who thinks the game will be played as scheduled, another believes moving the contest to Los Angeles is still a possibility.

"We are working closely with the field manager at Azteca Stadium and others to ensure that we have an NFL-quality surface for our game, and we are looking forward to kicking off in Mexico City on Monday night," NFL spokesman Brian McCarthy said.

On Tuesday, Schefter said talks continue about the state of the game but noted the field is a "mess" and is a "significant concern" for the NFL.

Schefter reported Monday that league officials will meet at the stadium Tuesday and make a decision after "soccer games and concerts have left the field a mess."

This is not the first playing-condition concern the NFL has seen this season, as there were apparent air quality issues in Levi's Stadium in Santa Clara, California, for the New York Giants' 27-23 victory over the San Francisco 49ers on Monday as a result of the Camp Fire that has caused damage in Northern California. 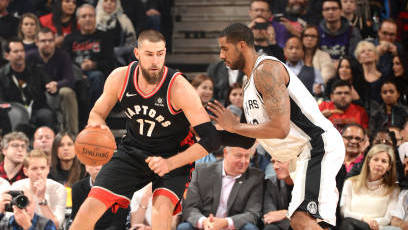 Matt Lombardo of NJ Advance Media shared the EPA's report on the air quality and noted it warned those outside to "reduce prolonged or heavy exertion."

This likely wasn’t what the #NFL had in mind/hoped for coming into tonight. #Giants #49ers https://t.co/FokmHrATMO

As for the upcoming game between the Chiefs and Rams, player safety will take center stage for two title contenders. Any injury to a key playmaker on a less-than-ideal playing surface would draw additional scrutiny seeing how the two 9-1 teams are at the forefront of Super Bowl discussions.

The NFL announced in November 2017 it agreed to play regular-season contests in Mexico through 2021 as part of an effort to grow the game to an international audience and bolster tourism.

If the game goes on as scheduled, it promises to be an entertaining showdown featuring Jared Goff, Patrick Mahomes, Tyreek Hill and Todd Gurley on two of the league's best teams.