Editor's Note: College football is BACK. Get to know the three SURE-FIRE superstars who are guaranteed to dominate this season.

Let's begin with what we know: Joey Bosa is one of the top five defensive ends in the NFL. Maybe even closing in on the best in the game.

Now, the surprise: Some NFL scouts think Nick Bosa, Joey's younger brother and a junior defensive end at Ohio State, may be even better.

"There are a lot of similarities, and it goes beyond the physical stature," one scout tells Bleacher Report. "But I'm convinced Nick will be the better of the two."

Joey was a two-time All-American at Ohio State and has 23 sacks in 28 NFL games with the Los Angeles Chargers. Nick is a 2018 preseason All-American and will likely leave Ohio State after this season for the 2019 NFL draft.

When you have a chance to be the first overall pick, there's no hanging around to enjoy the college experience. It's time to go make money.

"He's going to benefit from a lack of true franchise quarterbacks in the [2019] draft," another NFL scout tells Bleacher Report. "Our game is all about the quarterback and getting after the quarterback. If the No. 1 position is limited, the default is the edge-rusher. No one in college football is close to Bosa right now as a pure guy off the edge."

Just ask the guys who have to block him.

Wisconsin All-Big Ten offensive lineman Michael Deiter, who played guard in 2016 and left tackle last year, has dealt with Nick Bosa for two straight seasons and could again this year if the teams meet in the Big Ten Championship Game.

"It all starts with his ability," Deiter says. "Then it's the motor. You see it with him, and you see it with his brother. Those dudes don't quit. They're the same. When you add freakish God-given ability with the way they work—and that they'll keep fighting even when it's not going well out there—that's what gives you that special player."

Deiter says he would get his way with Bosa occasionally, moving him where he wanted him to go. "Some guys, if you get them the right way and they feel like they don't have a chance, they shut it down," Deiter explains. "But not him. He's going to keep playing."

As a guard, Deiter faced Bosa in 2016 at Camp Randall Stadium. Bosa was playing defensive tackle in pass-rush situations. "He was true freshman at the time, and I remember thinking, 'Are you kidding me? That guy is a true freshman?'"

Deiter faced him again last year as a left tackle. "I was like, 'Yep, he's gotten better.' If you're going to lose to a guy like that, you just gotta tip your cap to him. He's good, and he's not in your face about it. He's just doing his job and having fun doing it."

Isaiah Prince and Wes Martin are part of a select group: They've blocked both Joey and Nick Bosa. Prince experienced both in practice at Ohio State, and Martin blocked both as a stalwart on the Indiana offensive line for the past three seasons.

"I blocked [Joey] when I was a freshman. Think about that, right? It was crazy," Martin says. "He was so good. He was so technically refined in what he did and how he went about his business. And then the strength. He's a strong guy. Nick is the same way. A long guy who is really strong. That's what makes them so good."

Ohio State fall camp practices and some regular-season practices include first teams working against each other. Those periods over the last three years have been some of the most memorable of Prince's career.

"Joey was a little bigger, but not by much," says Prince, who figures he's gone against both Bosas more than anyone. "The way they both play with that big swipe move—inside and outside—is the one thing that stands out. That can knock you off your base either way."

He says you also have to deal with their quick first step. Of both Bosas, Prince says, "If they're swinging that right arm outside and around you, moving you off, it's that big undercut that kind of knocks you back. I'll tell you this: There's no way to choose one over the other, but I'm excited to see what Nick can do this season."

"They're a different team now than they were when Joey was there," another NFL scout says. "They sub more on the front because they go 10 deep, easy. They just keep running guys at you. When Joey was there, he never came off the field. Nick gets a breather all the time, and while that's saving a lot of wear and tear, it's diminishing the overall numbers."

The scout says "it's what you clearly see when you turn on the tape" that has NFL teams excited about Nick's potential. But one thing they do want to see from Nick is continued improvement.

They don't want to see him have the sort of diminished production his brother experienced his junior season. In a season that began with a one-game suspension for a violation of team policy, Joey followed a monster sophomore season (13.5 sacks, 21.5 tackles for loss) by struggling at times as a junior (five sacks, 16 tackles for loss) while dealing with double-teams and offenses avoiding schemes that put him in play.

Nick began seeing more double-teams in the middle of last season and still increased his sacks from five as a freshman to 8.5 last year.

"There's a certain type of athlete out there that's different from all the rest. You can tell by the movements," says Nebraska guard Jerald Foster, who played against Nick Bosa last season. "It doesn't have to be something sporadic or crazy; it's just the way they move on the football field that makes you know he's a good player. You look at [Nick] Bosa, and that's what you see. Thank goodness I missed [Joey]."

Foster compares Nick to former Tennessee defensive end Derek Barnett, who he faced in the 2016 Music City Bowl and is now in his second season with the Philadelphia Eagles. "Barnett is the best player I've ever gone against. Just a big, strong guy that knows how to use his hands and has athletic ability. That's what I see in [Nick]."

Nick Bosa sets his feet, jabs his hand in the ground and coils like a spring on the edge of the line of scrimmage. The anticipation of what happens next is where it all begins for him on game day.

"It's all about the get-off—and he has a great get-off," says Maryland senior tackle Derwin Gray. "That's important when you're talking about taking your game to the next level. When you can get off the edge quickly and guys get uncomfortable, that's where you make plays. I think he does that very well. A great couple of first steps. He uses his hands well, too. He's long and has great leverage."

Gray, who first competed against Joey in practice as a teammate at the 2013 Under Armour All-American Game and later at Maryland, remembers him "as a beast." He says the only difference with Nick is maturity. "Same length, same strength, same nonstop motor. Nick is a helluva player; he has been trained well by his older brother."

The same trait that separates Joey Bosa from other edge-rushers in the NFL (his get-off) is what will likely place Nick near the top of the 2019 NFL draft.

"When you watch him, you can tell he's at a different level," says Rutgers tackle Tariq Cole. "His stance, start, get-off, hand placement. He does a great job at that stuff. But the thing I respect the most about him is he's not only technically sound, but you get the same effort from him every play."

Cole says he wishes he'd had a chance to play against Joey Bosa because he's heard he's the same type of player. "All I know is Nick hasn't gotten a sack off me," says Cole, whose Scarlet Knights visit Ohio State on Sept. 8. "It's up to me to keep it that way." 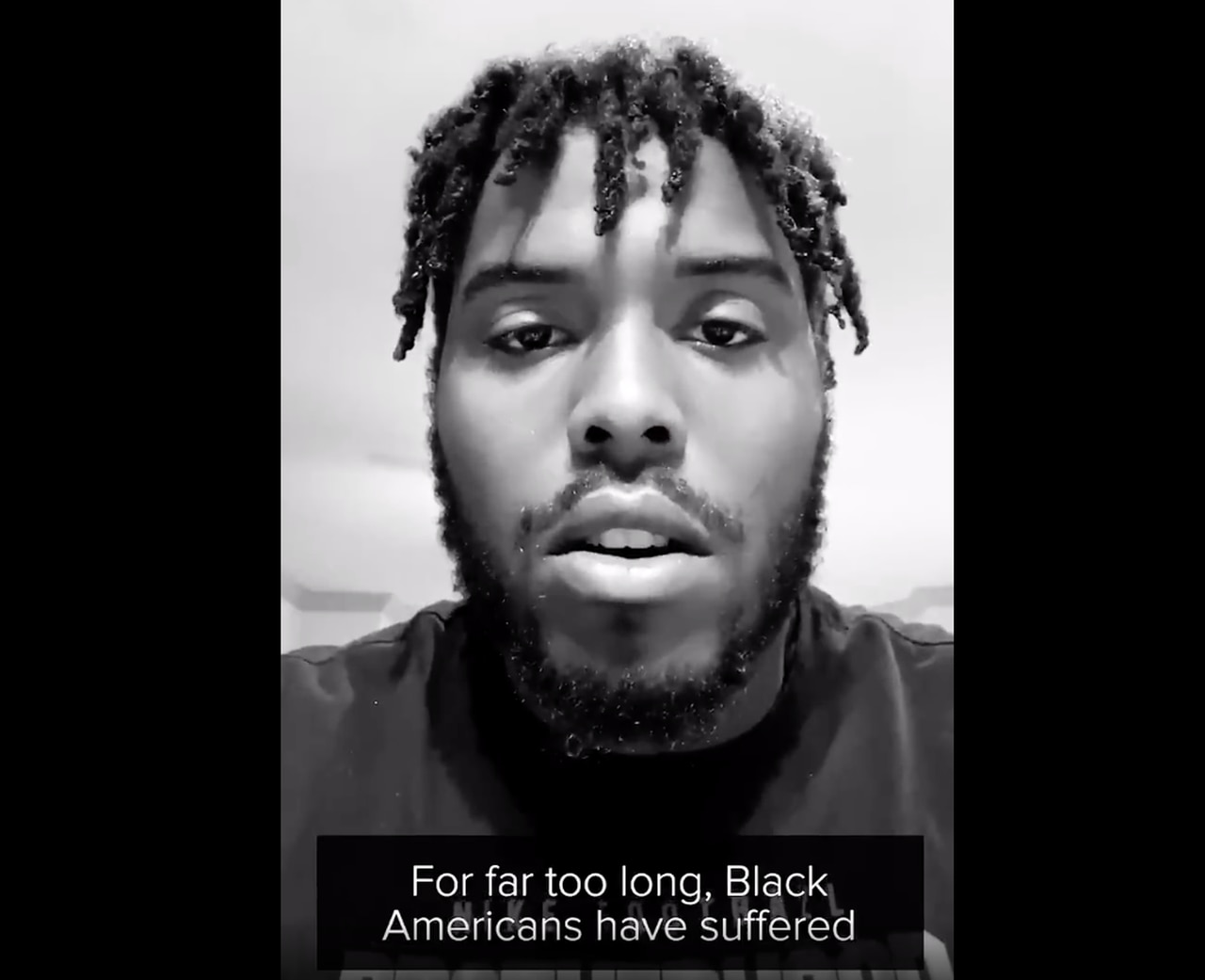