The New York Jets ignited their offseason fire sale by torching most of what remained from a roster that nearly pushed them to the playoffs in 2015.

The rebuild from those ashes in the 2017 NFL draft was filled with plenty of promise. The Jets invested top-40 picks in Jamal Adams and Marcus Maye, two of the draft's best safeties. They followed those selections with ArDarius Stewart and Chad Hansen, who combined for 2,113 receiving yards and 19 touchdowns in 2016 and will add depth to a wide receiver group badly in need of it.

The Jets also scored with the ideal Day 3 small-school sleeper, grabbing defensive end Dylan Donahue at 181st overall. Donahue was the Gulf South Defensive Player of the Year in 2016 and set a conference single-season record with 13.5 sacks.

But you'll notice something about those picks: None plays quarterback.

With their sixth overall pick, the Jets could have selected any quarterback not named Mitchell Trubisky. They wisely went with Adams instead. There was an unspoken message in that selection: General manager Mike Maccagnan wasn't impressed enough with the 2017 quarterback class to overpursue the top prospects.

There's nothing wrong with that approach, and it should be applauded. Patience at the quarterback position in the draft is growing exceedingly rare. Just ask the Chicago Bears.

But then the Jets also passed on DeShone Kizer in the second round, and Davis Webb in the third. Every other quarterback with developmental potential came and went.

That will likely lead to unbearable games in 2017—and the Christian Hackenberg experiment.

How excited are the Jets about Hackenberg? Excited enough to bully all other suitors for journeyman placeholder Josh McCown in free agency, according to NFL Network's Ian Rapoport:

We’re talking about the #Jets QB situation… here is how badly they wanted Josh McCown: They offered him $4M more than the #Cowboys did.

Head coach Todd Bowles has been open about his quarterback depth chart, telling Brian Costello of the New York Post there will be an offseason competition between McCown, Hackenberg and Bryce Petty.

From there, connecting the dots to Hackenberg's starting at some point in the 2017 season—and probably early—doesn't take much of an imagination.

We can start with the fact that, again, the Jets chose to focus elsewhere in the draft and will wait until 2018 to take their next swing at finding a franchise-cornerstone passer.

Then remember that although in theory McCown should be a functional veteran bridge, he's rarely stayed healthy. He'll turn a creaky 38 years old before the 2017 season. He suffered a thumb injury in 2014, then head, rib and shoulder injuries in 2015, and dealt with another shoulder issue in 2016.

Now please recall that Petty was given the first crack in 2016 at being the young starter, because hey, why not? He responded by averaging only 134.8 passing yards per game in his six appearances while throwing seven interceptions and three touchdown passes.

With such poor results from Petty, Hackenberg will eventually get his shot, and Jets executives will watch through their fingers to see what they inexplicably drafted with the 51st overall pick in 2016. To review, in a league where teams trip over themselves to get a quarterback picked that high onto the field, Hackenberg was given zero snaps in his rookie season even as this mess unfolded:

Geno Smith is included there just to get the full scope of the Jets' quarterback stench in 2016. But he attempted only 14 passes before suffering a torn ACL.

The only explanation for Hackenberg not getting on the field amid that carnage is a simple one: Even awful teams still have pride, and the Jets couldn't bear to face any more soul-shattering embarrassment.

That stance is understandable given what Hackenberg showed in the preseason while often throwing against defenders drafted far, far later than the second round—if they were drafted at all. He attempted 47 preseason passes and completed only 36.2 percent of them. On those attempts he also averaged (gulp) 3.4 yards and took one sack.

Hackenberg was, at best, a Day 3 project heading into the NFL draft. And yet for reasons that remain unclear, the Jets tied themselves to him by paying a steep second-round price.

That's all in the past now, though. Maybe Hackenberg can somehow make progress with his fundamental inaccuracy issues heading into his second season. After all, one year is too early to give up on most quarterbacks, regardless of where they were drafted.

It would be easier to go forward with those rosy, miracle-based thoughts if the Jets organization wasn't already leaking comments about doing just that: giving up.

Manish Mehta of the New York Daily News examined the Jets' disastrous quarterback situation back in January. He reported there are two Hackenberg factions in the building, and neither has much optimism.

"One believes that it will take a long time for the second-round pick to develop into a possible contributor," wrote Mehta. "The second more damning faction believes that Hackenberg won't ever be the solution."

Then came the real dagger from a source who spoke to Mehta.

"He will never make it," the source said. "Never."

Hackenberg is an ideal quarterback for a team laughably saying it's trying to win, as Bowles claimed, per Costello, but in reality wants as high of a first-round pick as possible in 2018 to accelerate the rebuild.

Sadly though, nothing about Hackenberg—from his wayward college passes, to his preseason faceplant and the team's deep internal doubt—hints at a long-term solution, or worse, someone who can even make the Jets watchable in 2017. 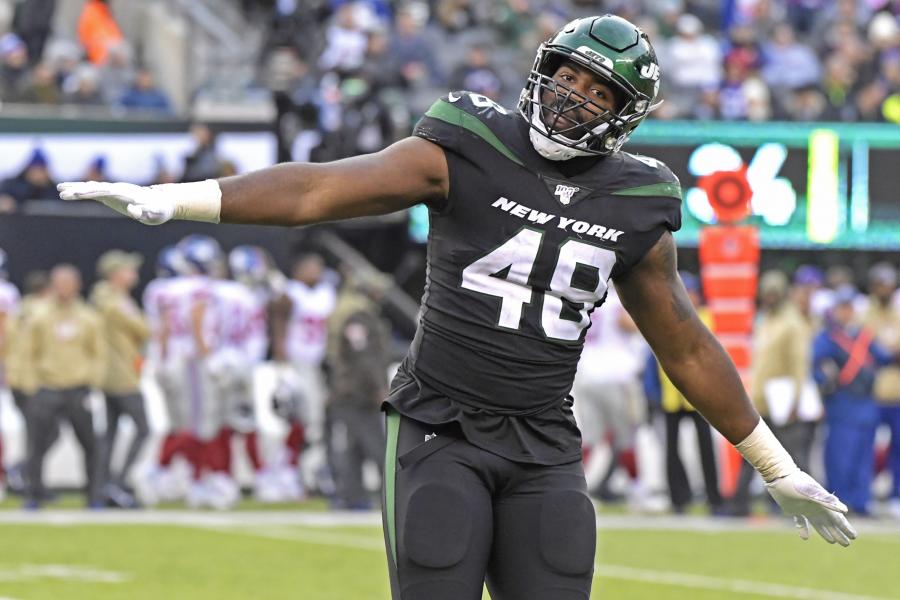