Former Alabama linebacker Reuben Foster has received a positive injury prognosis ahead of the 2017 NFL draft.

According to his agent Malki Kawa, the projected first-round pick is ahead of schedule and should be ready for training camp.

However, Shane Alexander of Inside The Pylon reported Monday the shoulder has not healed correctly and he might need another surgery.

Foster underwent rotator cuff surgery in February and was given a timeline of four months to fully recover.

The Dick Butkus Award winner is considered one of the top defensive players in the 2017 class and someone who can make an immediate impact at the next level. 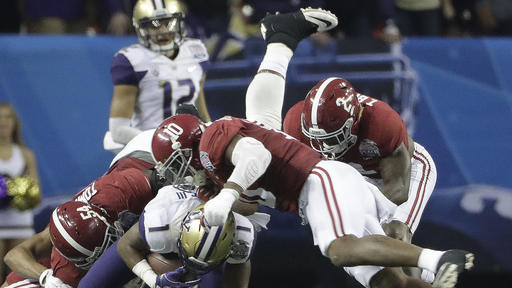 Bleacher Report's Matt Miller lists Foster as the No. 3 overall player on his latest big board, behind only Myles Garrett and Leonard Fournette.

Per Ian Rapoport of NFL Network, Foster has already visited the New York Jets and is set to visit the Baltimore Ravens.

Teams were already tantalized by his ability as a three-down linebacker and a leader in the middle of the defense. Adding a clean bill of health could potentially lock him in as a top-10 pick at the end of April.

For more news, rumors and related stories about Reuben Foster and the NFL draft, check out the NFL streams on Bleacher Report's app.