Sports science is evolving rapidly as teams attempt to optimize player health and performance. Count the San Francisco Giants among sporting franchises that are willing to think outside the box to avoid a stream of injuries.

"An area we're really focused on is hydration," Head said. "And one of the ways we check players' hydration daily is through what's called USG—a urine specific gravity machine."

Some may view urine tracking as invasive, but most Giants—including star catcher Buster Posey—are on board with the voluntary tests, the results of which are only available to the players and Head.

"Geoff has worked his tail off the last year or two in trying to find anything he can to give us an edge," Posey told Brown.

In order to incentivize the program, the team will offer a golden-urinal "M-V-Pee" trophy to the most hydrated player after each series.

If the team's regulars avoid the disabled list, perhaps others will also adopt the literal peeing contest. Then again, this could also lead Posey or another teammate to run off the field during a game to file an emergency submission.

Remembering the Last Time the Giants Played Without Bochy 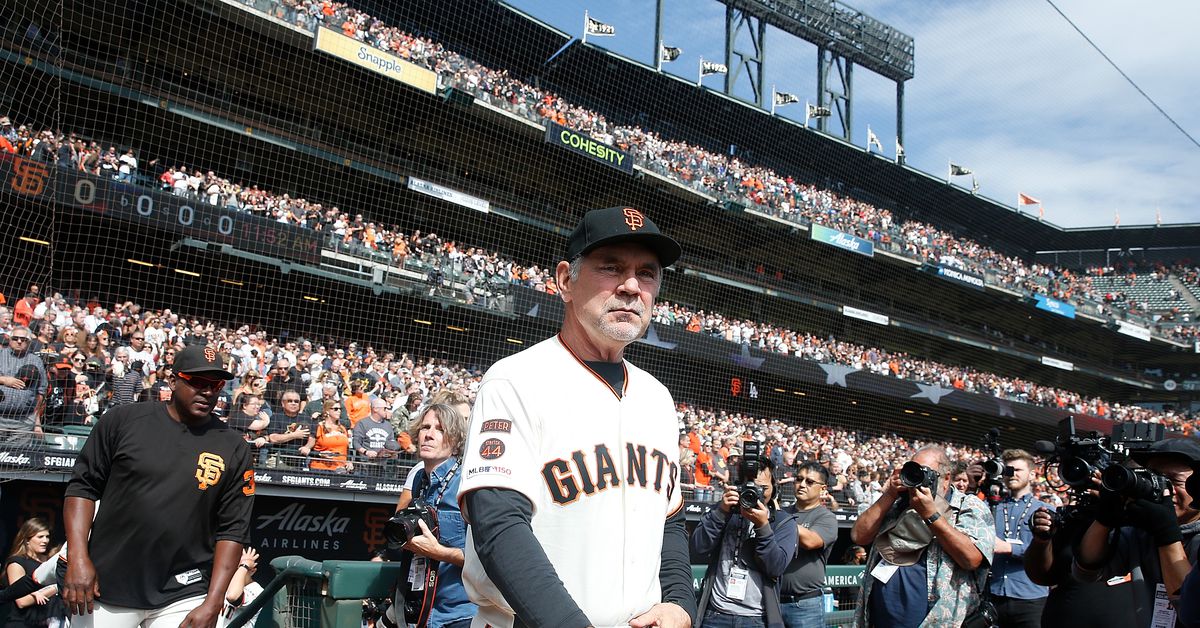 Remembering the Last Time the Giants Played Without Bochy