Mats Hummels' eight-and-a-half years at Borussia Dortmund ended 43 minutes early on Saturday. Cramp in his legs forced him off in the 77th minute, the captain had to watch on from the bench as his current team-mates fought bravely but ultimately lost on penalties against his future club Bayern Munich.

It was a rather unglamorous ending to a strong career in Black and Yellow for Hummels, whose qualities on the pitch and as a leader off it will be sorely missed.

Finding a suitable replacement for the 27-year-old has to be at the top of Dortmund's to-do list for the summer transfer window. It's easier said than done, of course, considering Hummels is a relatively unique player.

Head coach Thomas Tuchel alluded to the problems that come with the search for a replacement in a press conference earlier this month, as relayed by Dortmund-based writer Stefan Buczko:

Tuchel: "It would be the biggest mistake if we would look for centre-back that has the same qualities as Hummels." #BVBKOE

No one player the Black and Yellows could afford will be able to do all the things the Germany international has done at a high level for all these years. World-class centre-backs don't grow on trees, after all.

Even though chief executive Hans-Joachim Watzke was correct in pointing out in an interview with local paper WAZ (link in German) that the rest of the club's depth chart at centre-half—Sokratis Papastathopoulos, Sven Bender, Neven Subotic and Matthias Ginter—would be good enough for every club in the Bundesliga bar Bayern, the Black and Yellows will have to make an addition in the coming weeks.

Most of the current speculation centres on two names: Bayer Leverkusen's Omer Toprak and Dynamo Kiev's Aleksandar Dragovic. Both the German-born Turk and the Austria international are very good players, but not necessarily cast in the Hummels mould.

That doesn't have to be a bad thing, though.

For all of Hummels' amazing qualities on the ball, he's not the best defender in the game. His lack of agility and quickness paired with a sometimes over-aggressive mindset—he often abandons his post in defence in an attempt to intercept balls around the halfway line—have been problematic at times. Signing a somewhat more conservative, classic centre-back who prioritises defending over playmaking could help the Black and Yellows, who, at times, lacked balance and stability this season.

German sport magazine Kicker reported in their Monday edition that Toprak is still the first choice, but that Dragovic has emerged as the alternative in case Leverkusen demand an astronomical fee of €30 million.

Twenty-five-year-old Dragovic called the Bundesliga arguably the best league in the world at the moment and the prospect of playing at Dortmund appealing in an interview with Christoph Kockeis of Goal.com (link in German) earlier this month.

Despite his relative youth, he has some experience, earning 45 caps for Austria and playing in an impressive 70 games in various UEFA competitions for Kiev and former clubs Austria Wien and Basel. That experience coupled with the fact that he's strong with both feet, just like Hummels, make him an intriguing option: He has room to grow but should be able to play at a high level right away.

However, it'd still be unfair to expect him—or any new signing, for that matter—to take on all the responsibilities Hummels had in Dortmund's game. Tuchel could help his new centre-back by sticking with the three-man defence he's used a number of times in the second half of this campaign.

As tactics blogger Rene Maric wrote for Spielverlagerung.com, "the generally stronger central concentration" that comes with a system with three nominal centre-backs ensures "that teams can play much more intensely and dynamically," while it "also increases access to more areas of the field due to the simplified reachability of different zones."

Seeing as Dortmund will have to rework their build-up game without Hummels and also Ilkay Gundogan, who'll reportedly sign for Manchester City this week, per James Ducker of the Telegraph, a system with three defenders at the back would help distribute the load between the centre-backs and central midfielders.

At any rate, expect the Black and Yellows to move swiftly. Jurgen Koers of local paper Ruhr Nachrichten (link in German) speculates that the club could tie up Dragovic before Euro 2016. It'd make sense to make a signing before the market starts to heat up later in the summer.

Lars Pollmann is a featured columnist writing on Borussia Dortmund. He also writes for YellowWallPod.com. You can follow him on Twitter.

Meunier Opens Up on 'Outrageous' Party Culture at PSG

Defender describes the excess after leaving for Dortmund 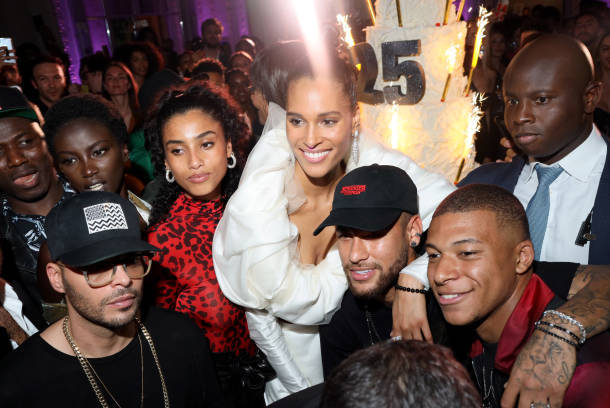 Meunier Opens Up on 'Outrageous' Party Culture at PSG