The 2015 NFL regular-season results are in, leaving us with just 12 teams vying for a shot at a championship in Super Bowl 50.

The playoff picture wasn't settled until the very last game of the regular season, which saw Minnesota beat Green Bay 20-13 to win the NFC North and the No. 3 seed in the NFC bracket.

Considering the Vikings were already guaranteed a playoff spot, it's possible the win will actually end up hastening their exit from the postseason, as it means a Wild Card Round date with the dangerous Seattle Seahawks.

Here's a look at the complete playoff picture, followed by Super Bowl odds for each team and a quick guess at which teams might emerge victorious from their respective conferences and play in the big game on Feb. 7 at Levi's Stadium in Santa Clara, California.

Note: Odds are courtesy of Odds Shark and accurate as of Monday at 7 a.m. ET. 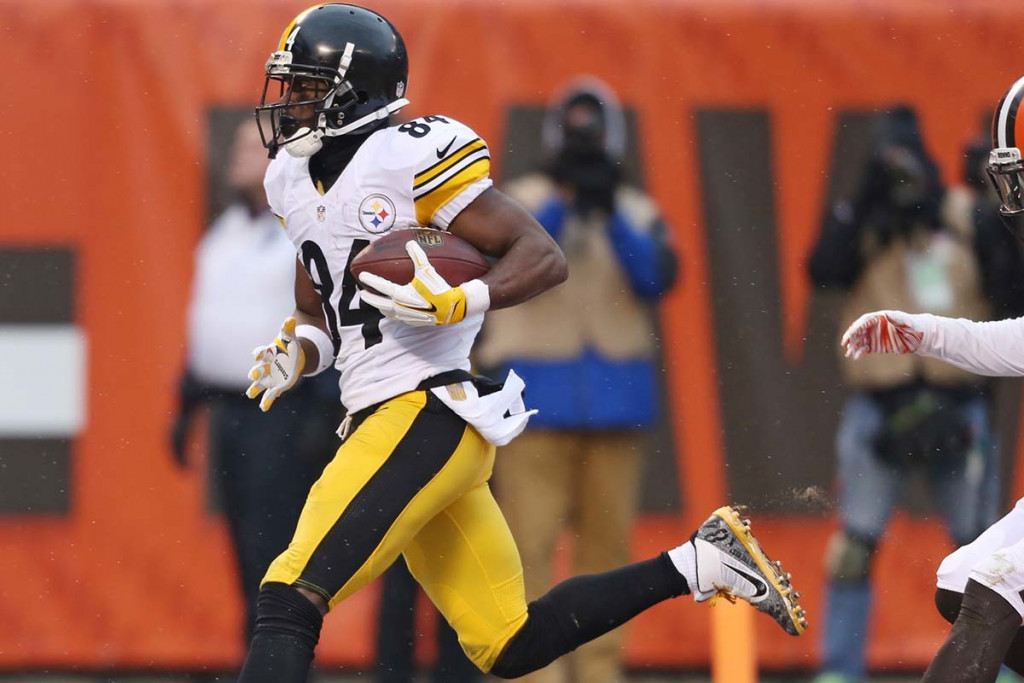 The Patriots have suffered through an abnormally poor finish to the season for a Bill Belichick-coached team, losing four of their last six games including a 20-10 loss to lowly Miami on Sunday, a game that ended up bumping them down to the No. 2 seed in the AFC.

Don't let the loss to Miami fool you, the Patriots are still the best bet to win this conference. It starts with a crucial week off from football, as heavy reinforcements should arrive in time for the divisional round of the playoffs, per Football Outsiders' Aaron Schatz:

Patriots looked awful today. Will also probably have Edelman, Vollmer, Jones, and Hightower back for next game in two weeks.

A full-strength New England is a force to be reckoned with, and nobody knows how to better manage the hurdles of an NFL playoff run than Belichick. The Patriots will be beyond prepared for each opponent, and Tom Brady is eminently capable of tearing apart NFL defenses when surrounded with a full cache of pass-catching weapons.

MassLive.com's Kevin Duffy detailed how the return of Julian Edelman might transform the offense:

Julian Edelman will be back, and his return will drastically change the offense. Much of New England's attack is predicated on a quick-hit passing game. This works with Edelman and Danny Amendola in the lineup because both players can get open in a matter of seconds. This doesn't work when Tom Brady is throwing to Brandon LaFell (a bigger perimeter receiver) and Keshawn Martin.

Due to personnel changes, the Pats have altered their offensive approach in recent weeks. They haven't spread the field with four and five receivers because they haven't had Edelman and Amendola to work the middle. And they haven't been able to protect Brady on routes that take more time to develop (the return of Sebastian Vollmer, battling an ankle injury, should help there).

On defense, the Patriots will be able to count on the likes of linebacker Jamie Collins to wreak havoc, while cornerback Malcolm Butler can hang with just about any receiver he might come across in the playoffs.

As for the other teams and some reasons why they might not make it to Levi's Stadium: Denver's quarterback situation is murky after Peyton Manning came in for Brock Osweiler and righted the ship against San Diego in Week 17. 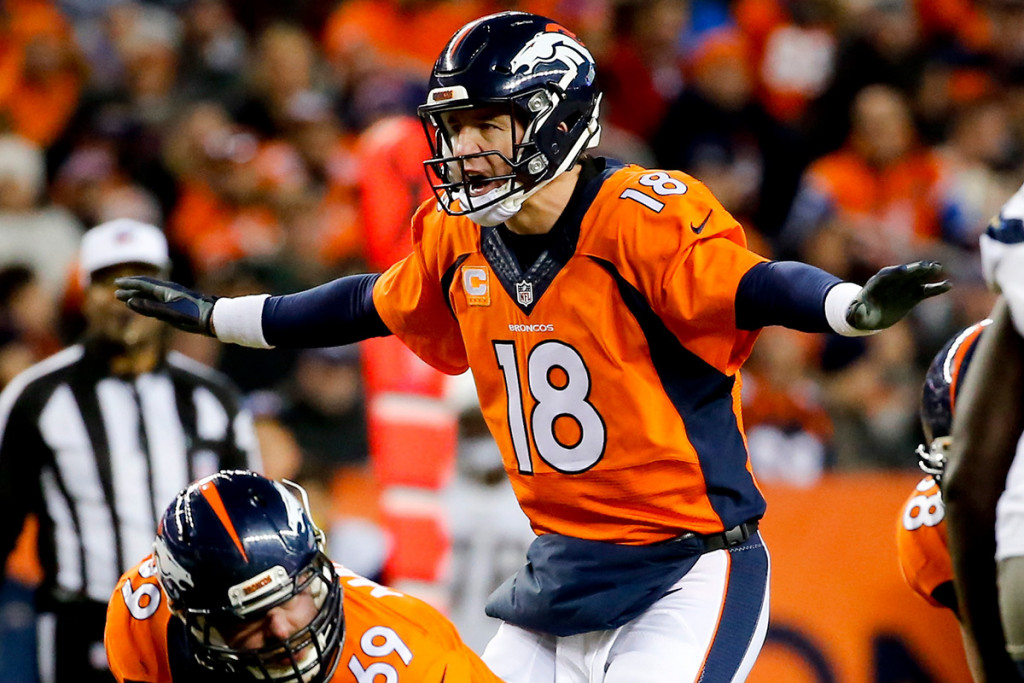 Manning could get the nod over Osweiler in the playoffs after salvaging a win on Sunday—even though most of the credit should go to running backs Ronnie Hillman and C.J. Anderson, who had little trouble gashing the Chargers' porous run defense—but there's always a chance he could revert to his turnover-prone form from earlier this season.

With that said, the Broncos' suffocating defense makes them a potent force and a nightmare opponent for any team without the requisite offensive firepower to challenge them, such as the Kansas City Chiefs or Houston Texans.

Pittsburgh's defense is lacking, and a Week 17 ankle injury to running back DeAngelo Williams, per SportsCenter, casts doubt on a potential championship run. Williams did however send out this positive tweet after the game:

If healthy, Williams and the rest of the Steelers' talented offense would make them a fine dark-horse candidate. The Steelers have scored at least 28 points in seven of their last eight games. If only Le'Veon Bell hadn't gone down earlier this season.

Cincinnati will be depending on either the inexperienced A.J. McCarron or an on-the-mend Andy Dalton to helm its postseason run. The Bengals also have their own depressing postseason record under Marvin Lewis to overcome. This might be the year they get a much-needed playoff win, but unless Dalton returns in peak form, it won't be the year they make a championship run.

Should the Patriots find themselves healthy and in good working order in these playoffs, look for them to make it to the big game. Again.

Make no mistake, the Seattle Seahawks are the scariest team in either conference heading into postseason play. Other than somehow getting the NFL version of the yips in a Week 16 loss to St. Louis, Seattle has been nigh unstoppable for the past two months or so.

Russell Wilson has been playing the best football of his career—a staggering 24 touchdowns and just one interception in his last seven games—while the defense has gotten back to its marauding ways, clearly evident in the 36-6 beating they laid on Arizona in Week 17.

The running game has been in doubt with both Marshawn Lynch and Thomas Rawls injured, but Christine Michael managed 102 rushing yards against Arizona on Sunday to reassure nervous Seahawks fans. (Bryce Brown also chipped in with a touchdown.) Plus, the team could get Lynch back for the postseason run. This is only fun to think about if you bleed navy, green and grey.

And yet, Arizona just might still be the team best equipped to make it all the way to the Super Bowl. It's very difficult to imagine Seattle punking the Cardinals again like they did on Sunday, especially with so much more on the line in a potential NFC championship matchup. Cardinals head coach Bruce Arians almost welcomed the drubbing in talking to the press after the game.

"This was a valuable lesson today,” Arians said, via AZCentral.com's Kent Somers. “You could see it coming all week. Coach, players, everybody fell into that reading your press clippings thing, anointed Super Bowl champs. This was a nice wake-up call.”

Arizona now has a week off to regroup, while the Seahawks must soldier on and play two games before a potential conference championship meeting between the two. The Cardinals will have had one less game of wear and tear and can look to their 39-32 win in Week 10 over the Seahawks for inspiration.

The Cardinals will need to get David Johnson going again to make their postseason dreams come true. Johnson struggled against Seattle on Sunday (11 carries, 25 yards) and didn't factor in the Cardinals' win over the Seahawks in Week 10. (Those were still the days of Chris Johnson and Andre Ellington.) The rookie has the talent, he just needs the room to maneuver next time around.

Aging stars Carson Palmer and Larry Fitzgerald have led the Cardinals all season on offense. Don't discount their motivation as they search for Super Bowl glory in the twilight of their respective careers. There sure won't be any Drew Stanton relief appearances in this postseason if the Cards can help it.

Carolina of course cannot be discounted—you don't go 15-1 without being a really, really good football team. Cam Newton put together a very reassuring performance in Week 17, torching Tampa Bay for 293 yards and two touchdowns with an 80.8 completion percentage. Running back Jonathan Stewart could be healthy for the playoff run, and the Panthers do hold home-field advantage as the No. 1 seed in the NFC.

It's hard to find fault with this team, but Arizona matches up very well with them. The defense excels at bringing pressure and can contain Newton, and Carolina corner Josh Norman can't cover both Fitzgerald and Michael Floyd (or even John Brown) at the same time. The Seahawks are simply on a warpath. It may take a rested division rival bent on revenge to stop them this postseason.

Should these two teams meet in the Super Bowl, Arizona should come away with the franchise's first NFL championship since 1947. The Patriots have been susceptible to pressure at various times this season, and the Cardinals can bring the heat with guys like Calais Campbell and the ageless Dwight Freeney.

Mix in the talented secondary, a strong linebacker corps and the aforementioned talented players on offense, and this team has the right stuff on both sides of the ball to overcome the championship-tested Patriots.