When Michigan kicks off its 2015 campaign against Utah on Thursday night, it will officially bring an end to an offseason unlike any other in school history.

From collecting the most Twitter followers of any college head coach to being at the forefront of a summer-long debate over satellite camps to even assisting the victims of a car crash and every awkward radio interview in between, Jim Harbaugh has pushed the Wolverines to the forefront of the college football world before even coaching a game at his alma mater.

The reigning national champions may be Michigan's rival to the south, but the Wolverines have become college football's most-talked-about team this offseason, as a palpable buzz has emanated from Ann Arbor throughout the spring and summer. The positive publicity for Michigan this offseason has been undeniable, as evidenced by the Wolverines laying claim to the nation's seventh-ranked recruiting class for 2016, despite coming off a losing season a year ago.

"It's been cool," Wolverines offensive guard Kyle Kalis told Bleacher Report. "It's been different with a guy like Coach Harbaugh at the reins. Everybody wants a piece, everybody wants to get in here and see what's going on."

But when ball finally meets foot inside of Rice-Eccles Stadium in Salt Lake City, Utah, Thursday night, plenty expect that positive publicity to come to an end.

Twitter followers and blog-friendly headlines won't count for anything on the field when Michigan finds itself facing the Utes, who return 16 starters from a team that went 9-4 in 2014, including a 26-10 win over the Wolverines in Ann Arbor last September. There's a reason OddsShark.com lists Utah as a 4.5-point favorite in the game and why Michigan's over-under win total for the regular season sits at just 7.5 for 2015, per SportsInsights.com.

"It's embarrassing," running back De'Veon Smith said of the Wolverines' 2014 campaign. "It's unacceptable. There's no excuse for us to have a season the way we did."

From their 5-7 record last season to a roster that doesn't currently have a single player with All-Big Ten honors on his resume, there's a lot not to like about the Wolverines' chances of enjoying a successful season—however you may define one—in 2015.

But while Michigan certainly has its work cut out for itself in the coming season, the improvements it has made this offseason appear to be significant enough to potentially lead to results sooner rather than later.

After all, there's a reason the arrival of Harbaugh brought so much buzz to Ann Arbor.

With the resume he's cultivated at San Diego, Stanford and the San Francisco 49ers over the past 11 years, the former Wolverines quarterback has established himself as one of the country's top turnaround artists.

In 2010, Harbaugh led Stanford to a 12-1 record including a win over Virginia Tech in the Orange Bowl just four years after the Cardinal endured a 1-11 campaign a year before his hiring. In San Francisco, Harbaugh took a 49ers franchise that hadn't made the postseason in eight consecutive years and led it to three straight conference title games, including a Super Bowl appearance at the end of the 2012 season.

Say what you will about Harbaugh's penchant for wearing out his welcome, but his track record on the sideline speaks for itself. That rings especially true in the college ranks, where all but one of his team's records has improved from the season before, the lone exception being his last two San Diego squads, which each went 11-1.

That would certainly be a welcome trend in Ann Arbor, where Harbaugh's predecessor, Brady Hoke, saw his four Michigan teams get worse with each year. The Wolverines' decline under Hoke came to a crescendo last season when the team appeared to be continually overmatched, as evidenced by its only convincing wins on the year coming against Appalachian State, Miami (Ohio) and Indiana.

But with a better coach pulling the strings, it's not a stretch to think that Michigan could instantly go from 5-7 to 7-5—and bowl eligible—especially considering that two of the Wolverines' losses last season came by two and seven points apiece.

That, and perhaps more wins, will also be easier to accomplish with dramatic improvement to the team's most important position. With the arrival of Iowa graduate transfer Jake Rudock, Michigan could very well find itself with just that.

Rudock has yet to officially be named the Wolverines' starter, but it would almost be a shock if Shane Morris took the field as Michigan's No. 1 signal-caller against the Utes Thursday. In the only glimpse Harbaugh allowed into the Wolverines' fall practice, it was Rudock taking snaps with the first-team offense, according to the Michigan Daily's Kelly Hall.

If it is indeed Rudock who winds up being Harbaugh's first QB1 in Ann Arbor as expected, that should be an improvement for the Michigan offense coming off of three seasons under the direction of Devin Gardner. Like Hoke, Gardner's time with the Wolverines endured a steady decline, as evidenced by a passer rating that dropped from 161.7 to 146.1 to 118.8 from 2012-2014.

In the final season of Gardner's college career, the converted wide receiver threw a career-high 15 interceptions.

Meanwhile, in Iowa City, Rudock was rarely spectacular but often steady, with a passer rating that jumped from 126.5 to 133.5 in 2014. More importantly, Rudock trimmed his interception total from 13 as a sophomore to just five a season ago, all while attempting 62 more passes than Gardner did in 2014.

He may not be an All-Big Ten-caliber quarterback—he left Iowa after head coach Kirk Ferentz named quarterback C.J. Beathard the Hawkeyes' QB of the future just days after Iowa's loss to Tennessee in the TaxSlayer Bowl—but his safer style of play will be a welcome addition in Ann Arbor, where turnovers became way too commonplace in the last three years.

"He's got that natural leadership ability," Michigan tight end Jake Butt said of Rudock. "He's been there, he's started for Iowa and had success there, so he knows what it takes to win."

With seven starters returning to a defense that ranked seventh in the nation a year ago, merely limiting the turnovers created by the quarterback position—as Rudock has proved capable of doing—could have a dramatic effect when it comes to keeping Michigan in close games. And with a head coach as accomplished as Harbaugh standing on the sideline, the Wolverines just may find themselves with an edge in those games.

If that turns out to be the case, there's no reason for the hype in Ann Arbor to have to die down anytime soon.

Ben Axelrod is Bleacher Report's Big Ten lead writer. You can follow him on Twitter @BenAxelrod. Unless noted otherwise, all quotes were obtained firsthand. All statistics courtesy of cfbstats.com. Recruiting rankings courtesy of 247Sports. 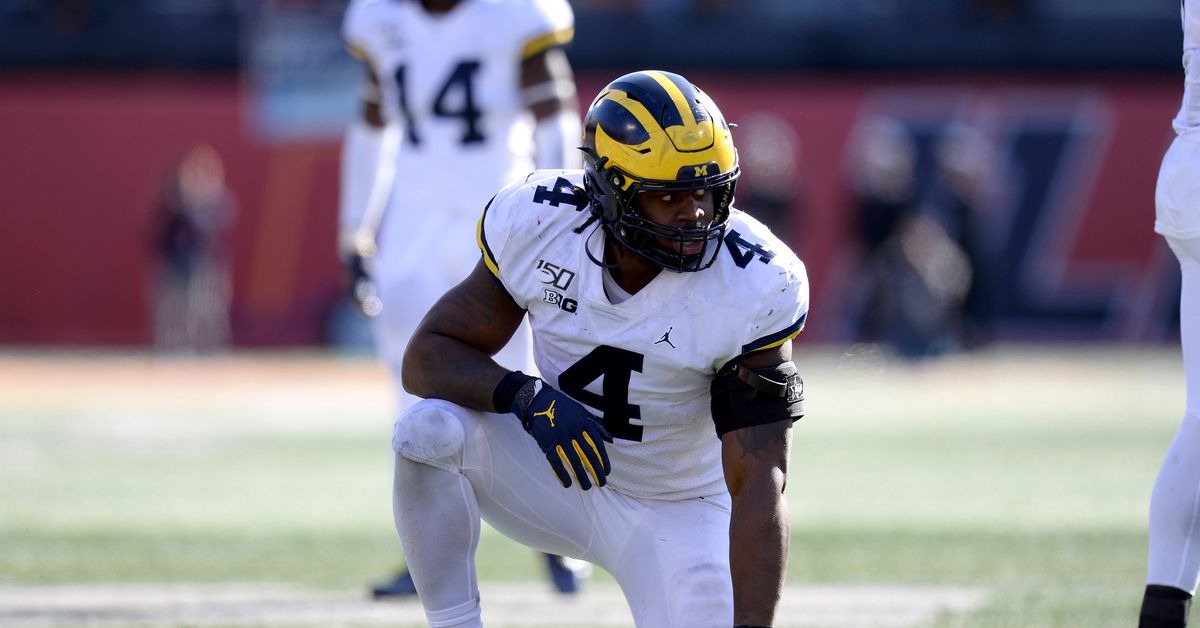