Domestic and family violence has been thrust to the forefront of the sports world's consciousness over the past few weeks, thanks to the scandals involving running backs Ray Rice of the Baltimore Ravens and Adrian Peterson of the Minnesota Vikings, as well as Carolina Panthers defensive end Greg Hardy.

Rice has been suspended indefinitely by the NFL and released by Baltimore. Over the past 24 hours, both Hardy and Peterson have been placed on the NFL's commissioner exempt list, according to David Newton of ESPN.com, essentially banned from their teams with pay until their legal situations are resolved.

Yet the message still isn't getting through, because now the Arizona Cardinals have become the latest team drawn into the morass of madness.

As CBS Evening News reports, reserve running back Jonathan Dwyer has been arrested in Phoenix for aggravated assault and preventing a person from calling 911:

In light of the seriousness of the allegations made against Dwyer by his estranged wife, the Cardinals have placed Dwyer on the non-football injury list, according to Mike Jurecki of XTRA 910 in Phoenix:

The allegations, as reported by The Associated Press via CBS News, are deeply disturbing:

In the first encounter, police say Dwyer attempted to kiss and undress his wife, but she refused. Someone who heard the argument reported the assault to police, who showed up at the apartment but did not make an arrest. Dwyer hid in a bathroom and the wife denied he was in the home because the running back threatened to kill himself in front of her and their child if she told police about the assault, police said.

The next day, Dwyer punched his wife with a closed fist on the left side of her face, according to police. He also punched walls and threw a shoe at his 17-month-old son, who was not injured.

As his wife tried to call police, Dwyer grabbed her cellphone and threw it down from the home's second floor. Witnesses told police that Dwyer's wife said, "I'm calling the police" as she held her swollen face and clutched her son.

Dwyer later admitted to police that he hid in the bathroom when authorities first responded. He also admitted to sending his wife a photo of a knife along with suicidal threats. Dwyer denied committing an assault but said he did punch walls in his home and threw a phone. He also said that his wife bit his lip during the dispute, but he claims he never hurt his son.

According to Ian Rapoport of NFL.com, the Cardinals will continue to pay Dwyer during his time away from the team:

The #Cardinals will pay RB Jonathan Dwyer while he’s on the reserve/NFI list, I’m told. With this designation, they have the option not to

The Cardinals are no doubt still gathering information regard these allegations, but if their fact-finding shows that these charges have any merit, the Redbirds have only one real course of action: Release Jonathan Dwyer immediately.

Before we go any farther, allow me to clarify something, as well as share a bit of my own past with you.

Domestic violence and child abuse are beyond abhorrent. My father abused my mother, my siblings and myself for years, both physically and emotionally.

The beatings aren't as bad as the constant fear of the next one. You just shut down, afraid that anything you say or do will mean getting the crud kicked out of you.

However, the fact that domestic abuse is horrific isn't the only reason why the Cardinals have to release Dwyer. If it were, Peterson and Hardy would be out of work right alongside Rice.

Over the past several days, the Vikings, the Panthers and the NFL itself have been barraged with criticism over their handling of these situations. The Vikings lost a major sponsor in Radisson Hotels after the team reactivated Peterson earlier this week.

Anheuser-Busch, one of the NFL's biggest sponsors, released a statement condemning the NFL's handling of issues regarding domestic violence:

Anheuser-Busch has now released this statement on their website: http://t.co/6e3Phd8tt6 http://t.co/W7pZCFlSWy

If you want to get the NFL's attention, hit it in the wallet, and the warning registered loud and clear.

The public, too, has blasted the league and those teams. As many people have stated many times recently, the climate has changed.

The public will not tolerate even the perception that the NFL or its teams are coddling abusers. Not now. Not after the Ray Rice video and the pictures of the scars on Peterson's son's legs.

Of course, the Panthers and Vikings haven't released Peterson and Hardy outright for one simple reason: Those players are superstars.

It may not be right, but it's the reality of the situation.

Well, Dwyer isn't a superstar. He's a backup running back, and there's no way his contribution on the field is worth the headaches he's now going to bring the team off it.

And frankly, it's reached a point where a message needs to be sent. Yes, Dwyer is innocent until proven guilty, but the mere fact that Dwyer would be charged with domestic violence—especially in light of everything that's happened of late—shows an alarming disconnect with reality.

If that disconnect is shared by other players across the NFL, then they need to be snapped out of it. If all that's happened over the past few weeks hasn't done that, maybe another player losing his job will.

So do the right thing, Arizona, even if the reasons for doing so aren't as altruistic as they'll be made out to be.

It has to stop.

And Jonathan Dwyer has to go.

Gary Davenport is an NFL Analyst at Bleacher Report and a member of the Fantasy Sports Writers Association and the Pro Football Writers of America. You can follow Gary on Twitter @IDPManor. 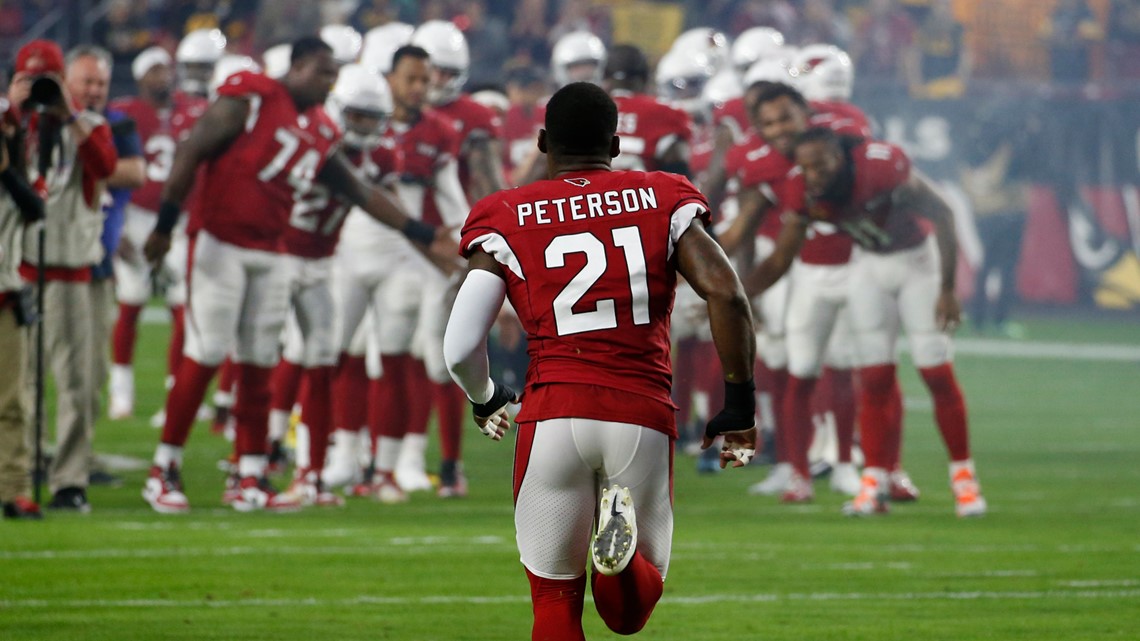