Let’s answer the question quickly and effectively: There is nothing terminal about the state of Italian football’s top flight. Yes, Serie A is undoubtedly in a poor state as dilapidated stadia, racism and dire results in Europe’s elite competition clearly attest, but it is nothing that cannot be solved.

The problems are both substantial and obvious, and without a quarter-finalist in the Champions League, the nation’s UEFA coefficient is unlikely to improve quickly. That means the chances of recapturing a place among the top-three seeds are almost impossible, allowing Germany, Spain and England to enjoy an extra place, as the gulf between those nations and the peninsula continues to be highly evident.

Atletico Madrid’s dismantling of Milan followed on from Bayern Munich’s stroll against Juventus last season, with the Turin side suffering a humbling exit in a weak-looking group this time around. Unable to win in two matches against Galatasaray—and failing to beat FC Copenhagen away—the Bianconeri fell to third place, when most observers expected them to comfortably progress.

Milan’s eventual exit was inevitable, given their poor domestic form and, despite Napoli giving a good account of themselves, few imagined they would progress over the likes of Arsenal, Borussia Dortmund and Marseille. However, the southern side followed that up by limping out of the Europa League as they showed serious disdain for Europe’s secondary competition.

While Juventus have eschewed that typically Italian approach, it is arguable that they are driven by the prospect of playing at home in the showpiece event as this year’s final is at Juventus Stadium. That the Bianconeri are one of only three Serie A sides to own the ground they play on only serves to make matters worse.

Having opened the stadium in 2011, La Madama has gained a significant advantage on her rivals, earning far more in matchday revenue than the competition. Udinese have begun renovating the Stadio Friuli, while Sassuolo owner Giorgio Squinzi came to a similar arrangement back in December.

But the others continue to play in council-owned homes, receiving few benefits as these aging relics—many built before the Second World War—gradually grow more and more outdated. Even Napoli, one of the better-run clubs on the peninsula, cannot find agreement with the local government on how renovations and upgrades should be financed (via FootballItalia).

Elsewhere, the problems are even worse, as shown by the above image courtesy of the Futuro Rossoblu website. That fan-owned venture has published further images to show the disturbing state of Bologna’s Stadio Dall’Ara, asking why anyone would want to “sit on a destroyed seat or to go to the bathroom and be without water?”

Supporters have answered that question quite emphatically, staying away from grounds and choosing instead to watch their team on television. Added to the poor form of some of Serie A’s biggest clubs, attendances have plummeted, with figures from the Soccer Stats website showing just how many seats are remaining empty on a weekly basis.

Juventus Stadium clearly leads the way, filled to 95.9 per cent capacity each match, with newly promoted Hellas Verona in second place with 83.9 per cent. Seeing San Siro most half empty each week, with AC Milan (52.4 per cent) and Inter (57.4 per cent) coming nowhere near to filling its 79,343 capacity, is perhaps the most damning indictment of how far some truly great sides have fallen.

Yet for all those problems, closer analysis shows the league may have actually turned the corner, with a number of clubs making huge strides forward over the past few seasons. Not too long ago, bankruptcy forced both Napoli and Fiorentina to begin again in the lower divisions, with new owners taking control and implementing sensible business plans.

That foresight has begun to reap huge dividends for both sides, with the balance sheets looking almost as healthy as the team each club is able to put on the field each weekend. It is refreshing to see that they are leading the way in terms of style of play and off-field management, currently sitting in third and fourth place respectively.

At Napoli, Aurelio De Laurentiis has eschewed the traditional approach, not afraid to sell star players like Edinson Cavani and Ezequiel Lavezzi in order to improve the overall quality of his squad. The shrewd manner in which their transfer business was conducted this summer—bringing in the likes of Gonzalo Higuain and Jose Callejon—has clearly given new coach Rafael Benitez a more well-rounded group of players.

That they were one of six top-flight clubs to turn a profit last season–as shown by this Gazzetta dello Sport study (h/t FootballItalia)–highlights the efficient manner in which the film producer has led them since taking over back in 2004. The report shows only Udinese (€32.3 million) made a higher profit than Napoli’s €8.1 million, with Chievo (€1.5 million), Pescara (€1.3 million), Fiorentina (€1.2 million) and Catania (€0.1 million) joining them.

With Juventus writing off previous debts in order to bring their own books in order, the Bianconeri are in a much healthier position than their reported loss of €15.9 million would initially indicate. They have invested heavily in the squad over the past few seasons, with only four players—Gigi Buffon, Giorgio Chiellini, Claudio Marchisio and Sebastian Giovinco—remaining since Andrea Agnelli took over in May 2010.

Rewarded with back-to-back titles and a Champions League quarter-final appearance, the Turin giants will expect even greater rewards next term as they continue to grow. With the Carlos Tevez-Fernando Llorente partnership now fully bedded in, few would bet against them giving a much better account of themselves in 2014-15’s elite competition.

While last season was a procession for Antonio Conte’s men, eventually winning the Serie A title by nine points without a genuine challenge to their dominance, it has been very different this term. A rejuvenated AS Roma have pushed the Bianconeri more than any rival over the past three years, reeling off 10 consecutive wins to open the campaign and signal their intent under Rudi Garcia.

They too have invested heavily in their playing squad, with Sporting Director Walter Sabatini sacrificing Erik Lamela and Marquinhos to enable him to reinvest the €65 million those two players brought in. With men like Mehdi Benatia, Kevin Strootman and Miralem Pjanic leading the way, the Giallorossi are unrecognisable from the shell of a side which limped to sixth place under Zdenek Zeman last year.

The good news doesn’t stop there for the capital club either, as the new ownership group–led by James Pallotta–continues to transform the club from the relic it had become under Rosella Sensi. A new kit deal with Nike (h/t Yahoo Sport) will be far more lucrative than any previous agreement Roma have enjoyed, CEO Italo Zanzi calling it “a fundamental step” in increasing the club’s global profile.

Unless you get into the 21st century in terms of a stadium, social media, branding, sponsorships, all that type of stuff, you're never going to compete at those top levels. You're just not; it's just a fact of life in sports.

Late last month, the club also unveiled plans for a new 52,500-seat venue to open in time for the 2016-17 season, a move which will catapult the Giallorossi even further ahead of the chasing pack. With Milan also close to doing the same (as per FootballItalia), it is clear the bigger Serie A clubs have begun to turn the corner.

In summary, the poor current state of Serie A is clear, but to conclude that the decline is “terminal” is hugely premature. The men charged with running many of the peninsula’s clubs are too smart to allow that to happen, and the cyclical nature of football shows that one day the league may once again reign supreme. It will be a long and difficult journey but, in truth, it has already begun.

De Ligt Confirms He Will Have Offseason Shoulder Surgery 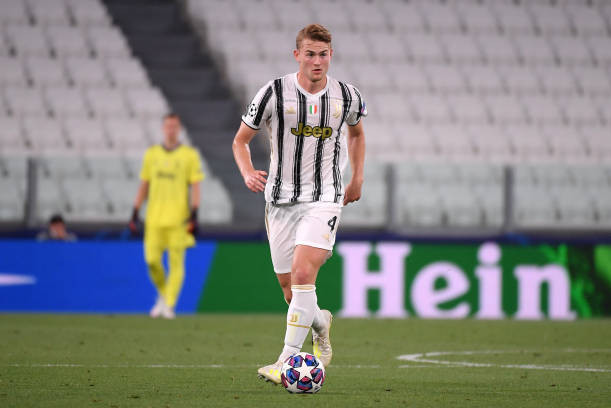 De Ligt Confirms He Will Have Offseason Shoulder Surgery

Zidane Is Noncommittal to Real Madrid with Juve Interested 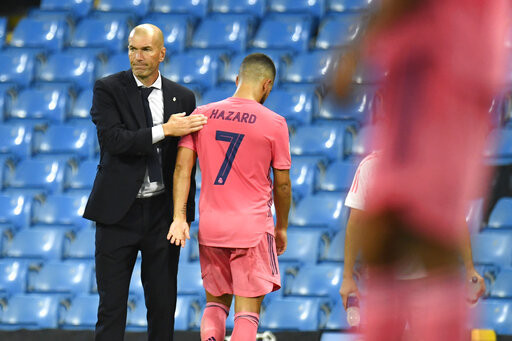 Zidane Is Noncommittal to Real Madrid with Juve Interested