Alex Galchenyuk and Andrei Markov have served as two compelling personifications of their Montreal Canadiens' bounceback from bottom-feeders in 2011-12 to near shoo-ins for home ice in the first round of the 2013 Stanley Cup playoffs.

The former is a rookie barely a full year removed from finishing an OHL season that lasted all of eight games.

The latter is a 34-year-old veteran on easy pace to play more regular-season games in this shortened 2012-13 campaign than he had in the previous two seasons combined.

They are each two of the only seven Canadiens to have skated in all 37 contests up to this point and have turned in performances that cannot be overlooked as factors in the team's turnaround.

This is where the unfortunate aspect butts in. With the NHL trading deadline finally over and three weeks still to come in the regular season, the selection of Bill Masterton Trophy nominees for each franchise is one of the gap-plugging storylines during the homestretch.

Last year's nominees were announced with roughly two weeks left on the regular-season schedule. If that is any indication, only one player per team will be selected and announced as a Masterton candidate in a matter of single-digit days.

No chapter of the Professional Hockey Writers Association is likely to have a more difficult decision than that of Montreal. Galchenyuk and Markov have stood out with similar stories of overcoming protracted stints on the sidelines, thereby exemplifying the Masterton criteria of "perseverance, sportsmanship and dedication to hockey."

Last August, in an interview with The Montreal Gazette, Habs general manager Marc Bergevin admitted that he expected Galchenyuk to face an uphill battle in trying to crack the roster right away. At that time, Bergevin was a little less than two months away from taking a chance on Galchenyuk by choosing him third overall in the NHL draft, a move that trusted the young striker would ultimately replenish his game despite a nearly season-long knee ailment.

Of course, all of this was before the lockout took effect.

It is hard not to argue that the resultant return to the Sarnia Sting without an NHL training camp in the interim was a boon to Galchenyuk. With that said, he still needed to take advantage of the delay to his first major league tryout.

He did that by picking up where he left off in the OHL with a 27-34-61 scoring log in 33 games. He followed that with a Russian rendezvous, helping Team USA to World Junior gold while the NHL's labor stoppage was drawing to a close.

That WJC triumph and subsequent transition to training camp in Montreal was the culmination of six months of training, tearing up and traveling—all of which began after he was drafted on the heels of a lost and injury-riddled 2011-12.

That, along with the freshman frostbite that will afflict most rookies on occasion, can at least explain various pointless skids lasting three, four or five games at a time. Still, Galchenyuk has sprinkled an irreproachable 4-9-13 scoring log over his first 37 outings with the Habs despite the preceding cramming session to regain his form and hit the ice sprinting once the season hastily began.

Markov, on the other hand, is higher on the Montreal scoring chart (7-17-24) and kicking ice chips over the memories of a his own injury-plagued saga.

Like Galchenyuk, Markov entered 2012-13 with a recent history of knee ailments and having spent the lockout productively in Russia, getting some valuable authentic game action in Russia. The seasoned blueliner himself, in a preseason chat with The Gazette, credited his KHL stint with giving him more poise to embark on a redress in Montreal.

Like Galchenyuk, he has subsequently flown with the aid of a second wind. On a team that entered Friday's action ranked seventh on the NHL's power-play leaderboard at 21.9 percent, Markov has had a hand in more than half of the conversions with 20 man-advantage points.

Granted, he has not been quite as dazzling at even strength with only four points and a minus-three rating. Even so, his 24 overall points are four more than his total collection of games played between 2010-11 and 2011-12.

Was anybody envisioning that a year ago? Even if he was coming off a return to the lineup in the closing weeks of last season?

Markov's March 10, 2012 return after a 16-month absence from game action meant he had at least something to build on at the conclusion of last season, not unlike Galchenyuk. Just the same, he also needed to prove he could sustain his health and restore his impact on his team.

It is unfortunate that only one can be granted an opportunity to give the Habs two straight Masterton recipients, following Max Pacioretty. But both can be tangibly rewarded if their individual turnarounds and resultant contributions to the depth and power play amount to a surprise Northeast Division banner and at least a few ripples in the playoffs. 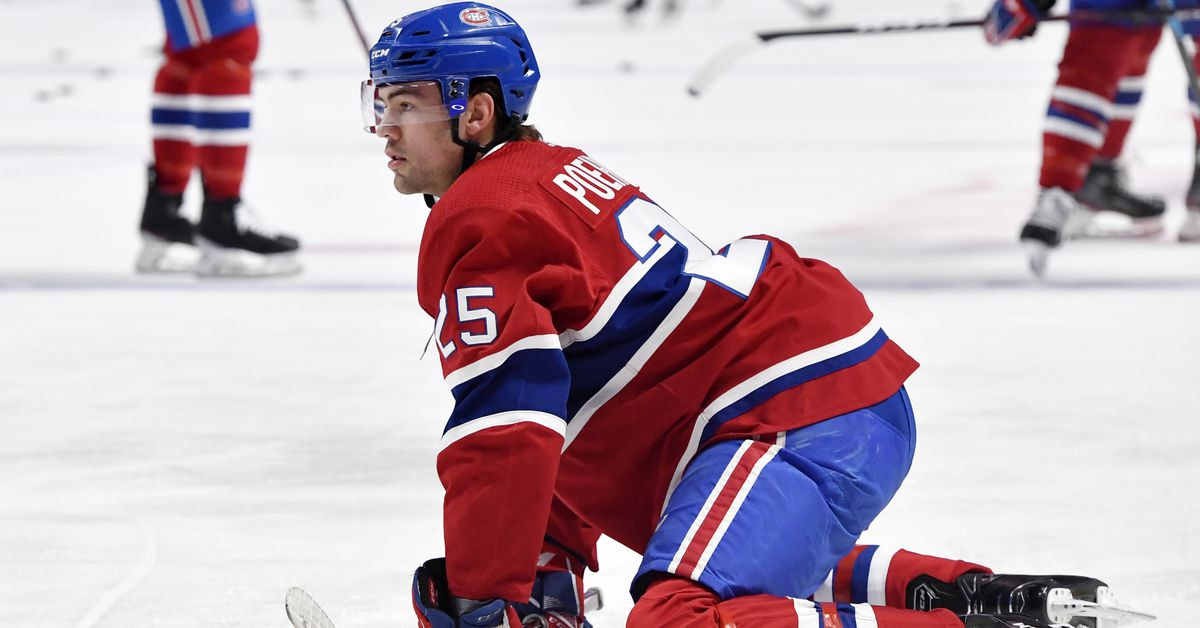