The two highly-touted prospects are expected to go first and second overall in the 2012 NFL draft.

McGinn, who is the NFL media's go-to reporter on Wonderlic scores, reported this week that Luck scored a 37 on the infamous test. Griffin, on the other hand, scored just 24.

The average for quarterbacks is considered to be 24, so both players are at or above that mark.

However, we'd be remiss not to mention the lack of correlation between Wonderlic scores and quarterbacking success at the NFL level.

Just last season, Missouri quarterback Blaine Gabbert scored a highly impressive 42 on the test. He was drafted by the Jacksonville Jaguars in the first round but looked overwhelmed during his rookie season. 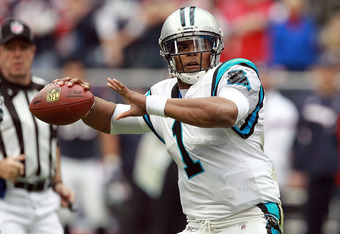 Cam Newton, 2011's No. 1 overall pick, scored much lower than Gabbert. However, he quickly established himself as the draft's best quarterback, posting 35 total touchdowns and over 4,700 total yards in his first season with the Carolina Panthers.

Again, no one knows whether or not the test results have any factor on a rookie's season. My best guess would be that it has little to no impact at all.

While still a part of the evaluation process, it seems unlikely that Luck's score played any kind of factor in becoming the Indianapolis Colts' choice for the No. 1 overall pick. ESPN's Adam Schefter reported on Thursday that the Colts have informed Luck he will be their choice when the draft kicks off next week.

If Luck goes No. 1 overall, Griffin III should be locked in as the Washington Redskins' pick at No. 2.

Maybe it should come as no surprise that an architecture major at Stanford would test out at an overwhelmingly higher score than his fellow quarterbacking draftees. Griffin certainly didn't post a poor score either.

Be sure to take these results with a grain of salt. Wonderlic scores are a part of the scouting process, but in no way are they a precursor to NFL success or failure.

'Nobody in our room fears anybody. Nobody fears the amount of talent they have, because we have talent, too'

Chiefs DE Frank Clark not intimidated by Derrick Henry: 'He's not one of the best guys at breaking tackles to me'

Chiefs DT will be active today after missing the divisional round

Watch for our experts’ picks for conference championship weekend, and check the comments for more locks 🎥