Brock Lesnar, Tito Ortiz and the 10 Most Controversial Fighters in MMA 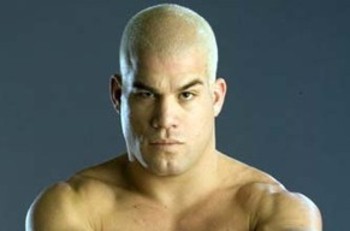 A dirty player inside the cage or a loudmouth on the mic outside of it. A man with a rap sheet or a few run-ins with the law or a guy you just plain love to hate.

What makes a controversial fighter in MMA today? It is all those things mentioned and more and when you can mix and match a little bit of each, then you've really had a Hall of Fame career to be proud of.

With that, let's take a look at the 10 most controversial fighters in MMA today. 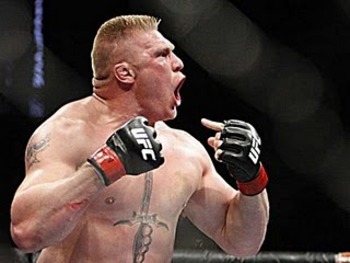 Coming from the background he came from, namely World Wrestling Entertainment and all that his character brought with it, to his core being of living off the beaten path, Brock Lesnar has always walked with controversy on his hulking shoulders.

He has always caused issues when dealing with UFC brass, and he capped it off with his antics after his destruction of Frank Mir with that famous beer-swaying speech that got him in such good graces everywhere in and outside the business.

Lesnar will always be a heel-type character, just due to his alpha male, dominating demeanor, but he is a tough son of a bitch, and a handful for anyone once the cage door closes.

From the first time we all met and saw Chris Leben on season one of The Ultimate Fighter reality show, it was clear that he gained a certain energy and "kick" off of controversy in act and in word.

Leben's fighting style leaves no controversy, as he plays by a kill-or-be-killed strategy at times which leaves no doubt as to who the victor is at the end of the fight. It is Leben's whole persona, as well as a couple of substance abuse suspensions that make him a controversial character in the UFC. When he is clean and free to fight, he always gives the fans what they want to see.

Tito Ortiz would surely be higher up on this list if not for the fact that his relevancy in mixed martial arts is on the downside of glory so his relevancy on lists should follow suit.

The controversy with Ortiz started out with his mouth and feud with the Shamrock brothers early in his career, to his feud with president Dana White and now to his notorious need to pull attention to himself at all times other than when he is actually supposed to fight.

He is now famous for pulling out due to injury, and his once dominant body and strength are shells of their former power. The less important Ortiz gets inside the cage, the stronger his need to grab the lights outside the cage, and that can never be a good thing for us or Tito himself.

Another TUF alum who craved and found controversy from the moment the lights went on is welterweight contender and loudmouth Josh Koscheck. He has always been able to back up his words and ways, and his antics have usually been of the reserved, college boy kind but his new lawsuit against fan favorite Stephan Bonnar will not endear him to anyone anymore.

Koscheck has liked to play heel; his war leading up to his fight with Georges St. Pierre and playing antagonist to Leben in season one are two prime examples. He has made matters worse for himself by not backing up his words and winning in the big fights he has had, and he does not look to be getting a big fight anytime in the near future.

It's pulling out of fights for movie roles and getting too close for a reporter's comfort that most recently get Quinton Jackson on this controversial list. His infamous meltdown on the street came with legal consequences and he has had his ins and outs with authority throughout his young life.

Inside the cage, he slams and blasts his way to victory more times than not and there is no controversy in his wins and losses throughout his career. He can sometimes be a likable character in his exchanges with media and other fighters alike but he also crosses the line at times and one thing is for sure: It's always up for debate with Rampage.

They say you learn from your first teacher and Michael Bisping burst onto the scene first as a member of Team Ortiz in TUF 3. He began to follow in his coach's controversial ways with his in-your-face, runnin'-his-mouth ways and soon he gained a following of two parts.

One group actually liked Bisping's playful style, but the other was lined up just to see his ass get stomped and the height of that fury was him being knocked out by Dan Henderson. Bisping made waves again, this time after his fight with Jorge Rivera where he spat at his corner and hurled obscenities at his camp.

Bisping is that type of guy who lets his mouth write cheques it can't cash and Henderson won't be the last guy to make him eat his words.

Controversy means being in just as many meaningful post-fight brawls as you have been in meaningful fights and Jason Miller fits that bill. He has been in many fights during his career but how many big fights has Mayhem really had for the hype that surrounds him?

To me, that is the controversy in Miller right there, as he has built a name for himself with fights, yes, but more with antics, reality TV and post-fight feuds. He will finally get his chance to legitimize his fighting and his personality as he will be opposite Bisping in the next season of TUF and then he will have to lay it all out there against a game foe once and for all.

I can't wait to see how Miller measures up against a top-10 fighter.

There is not much more a guy can carry on his shoulders than the demise of a promotion and there lies the controversy with Josh Barnett. A talent like him should not be testing positive from banned substances and having to pull out of big fights in the days leading up. Even as recently as last week, when leading up to the Strikeforce event there were rumours that he was having a tough time getting licensed or insured to fight, you just never know with Barnett.

He is poised to win the heavyweight tournament and jump to a relevancy level that would solidify him as a top dog in the biggest, baddest division. He just needs to keep his nose and system clean and keep on top of his game and we could have an epic Velasquez vs. Barnett, or Dos Santos vs. Barnett or even Brock Lesnar if he can get healthy.

The problem with Barnett is that I have only a faint hope that he can stay on the path. It's that frustration that lands him No. 3 on this list.

The famous line with Nick Diaz has always been that he does not "play the game"—so to speak—in terms of the UFC and MMA in general. What that means exactly is purely and naturally all speculation, but it surely has had Diaz and the game's elite at odds and at a distance in the past several years.

Diaz is a great fighter indeed, but his interview attitude and public persona come off as a petulant, rambling punch-drunk fighter, who has no control over his vocals or his taste filter. Diaz is finally getting his just due: a shot at the main event against Georges St. Pierre, and a big pay day to boot. His controversy is no more, as we are going to see him in the big show so he no longer claim hard done by when the dust settles on his next fight.

At first, it was the amusement in listening to Chael Sonnen talk and what came out of his mouth that was the controversy. Then it was the performance-enhancing drugs after his near mastery of Anderson Silva that pumped up his odd quotient. When the tales of fraud and money laundering came next was when I threw my hands up on Chael Sonnen.

He went from being on top of the mountain and his controversial wit was all the rage, and then the fight with Silva gave him great momentum in his career. The controversy is: What the hell happened?

Now Sonnen is suspended from fighting, as well as having to forfeit his real estate license and who knows when he will get another public speaking appearance based on his current woes?

He needs to lay low and let the dust settle on these many things before he can lay to rest all the controversy of the past year.