Wimbledon 2011: Power-Ranking the Top 10 Women in the Field 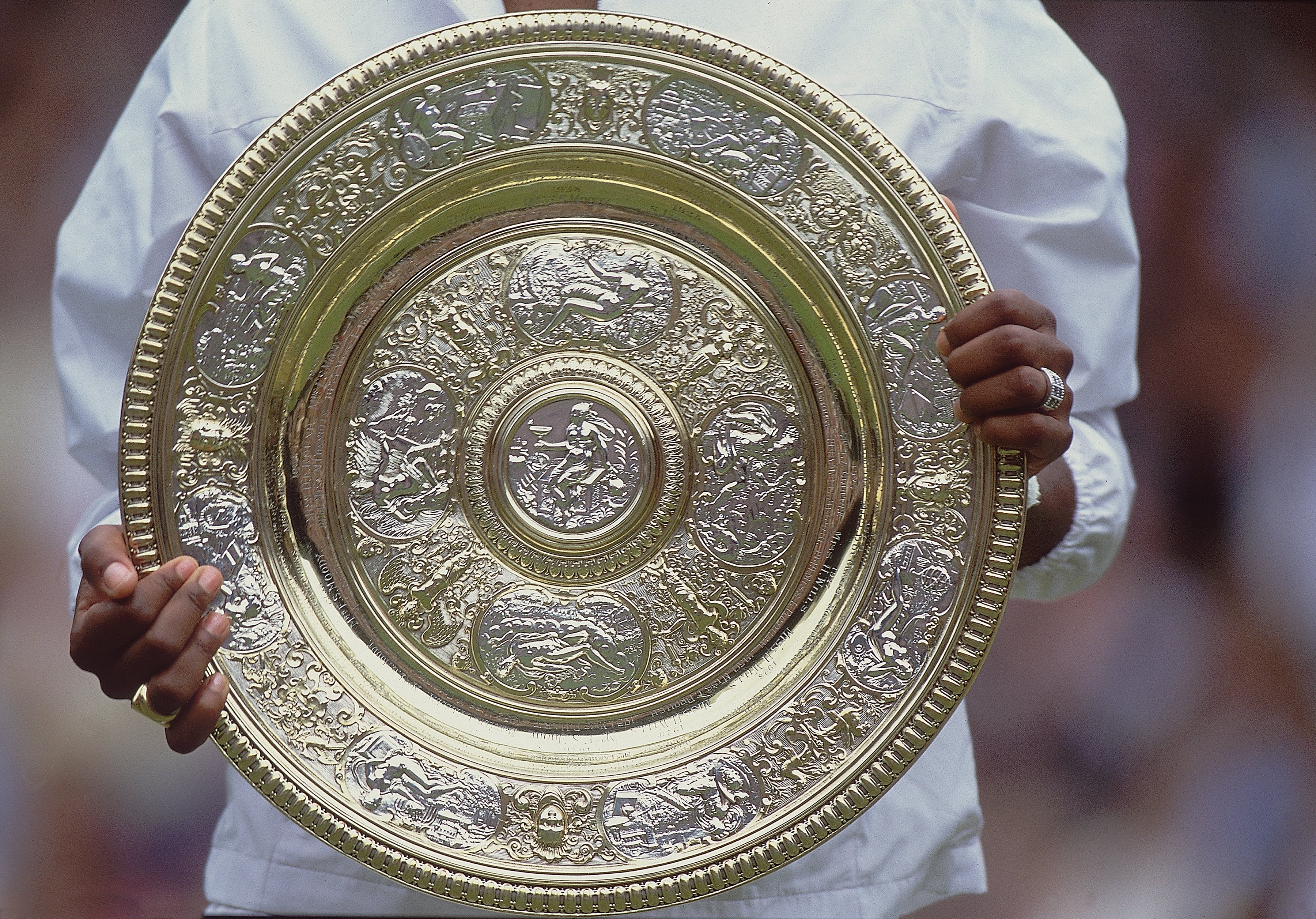 The draws came out today, for the 2011 Wimbledon Championships and there are some intriguing possible match-ups.

Two of the most intriguing players in the draw are Venus and Serena Williams. They have both made their return from injury and/or illness and are ready to compete for another Grand Slam title. They seem to peak at the majors and this should be no different.

Of course the Williams sisters aren't the only players in the draw. There is one the fierce competitors on the WTA Tour, some new Grand Slam champions and some potential dangerous floaters.

Can Maria Sharapova reclaim the title that put her on the international sports scene? Can Li Na back up her first Grand Slam title from the French Open and win back-to-back majors?

Francesca Schiavone made the French Open final two years in a row. Can she fare better at Wimbledon?

So where do these women of the WTA Tour stand in our list of Top 10 potential winners? It should be a fun two weeks watching the action from the All England Club, so  let's get started with the countdown. 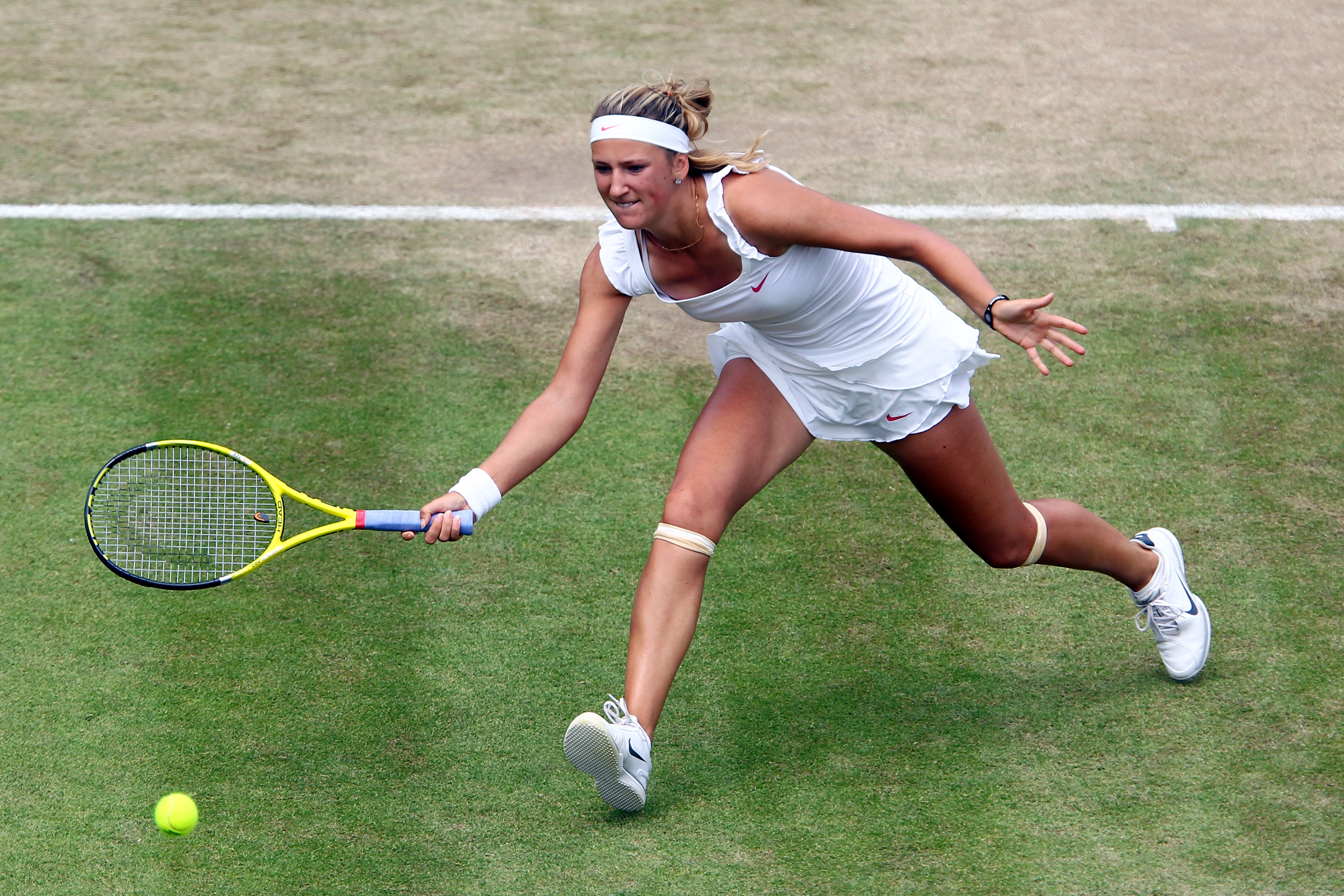 Due to a right thigh strain, Victoria Azarenka had to retire from her quarterfinal match against Marion Bartoli, according to the WTA Tour website. However, this might just be a precaution, so she's ready to play at Wimbledon.

She's too much of a competitor to pass up an opportunity to win Wimbledon. Her powerful, yet versatile game is suited to grass, so she has a real chance to make it deep in the tournament.

Azarenka was given the No. 4 seed, moving up one spot from her WTA Tour ranking. Her best finish at Wimbledon was in 2009, reaching the quarterfinals, according to the Wimbledon website.

The first seed she could face would be No. 25 seed, Daniela Hantuchova, who just defeated Venus Williams in Eastbourne. 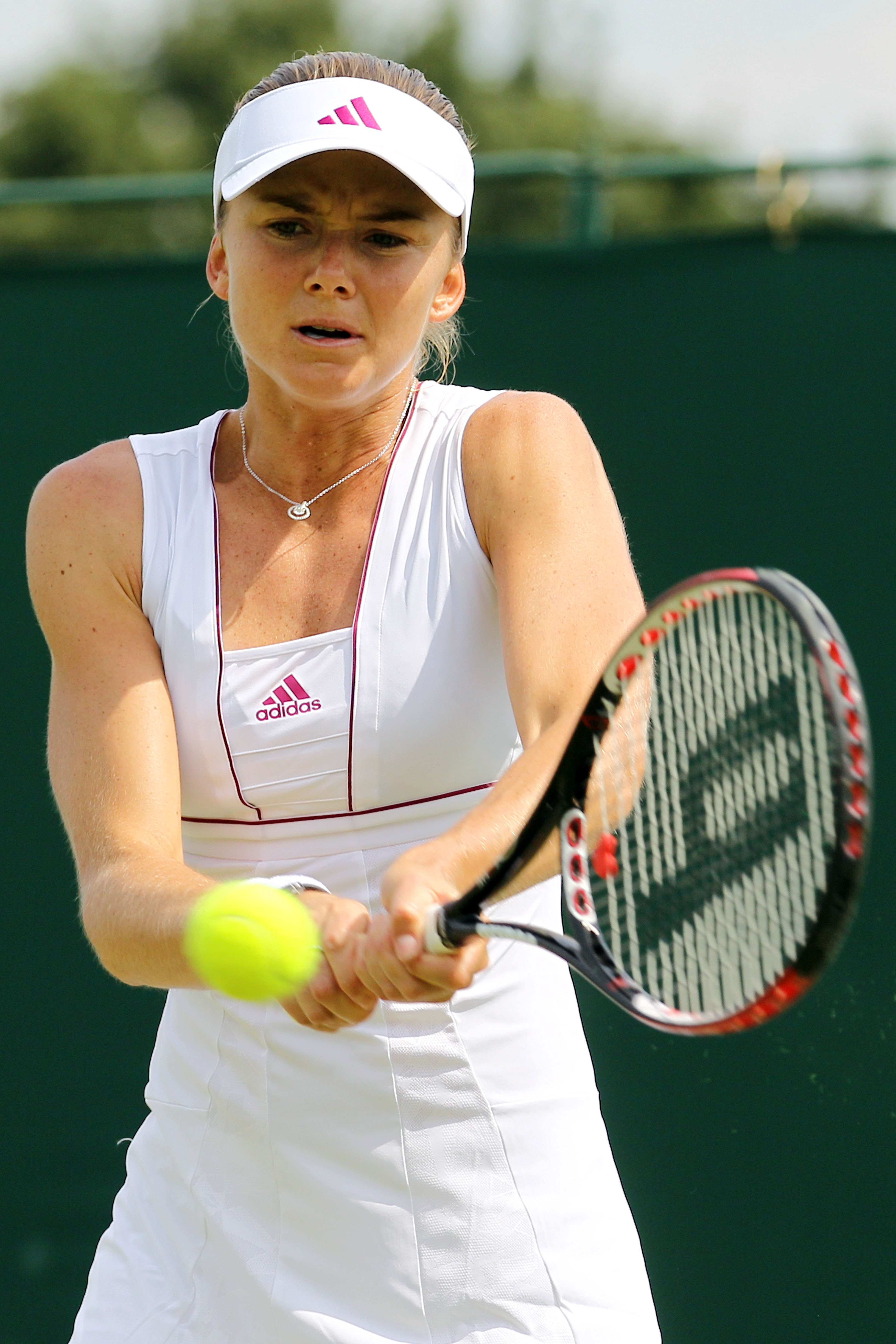 Everyone who follows tennis closely knows how well Venus Williams plays on grass. What they may not know is that Williams was just beaten on her best surface by Daniela Hantuchova.

Hantuchova may not be a household name to the casual tennis fan, but she has some serious game. She has made it to the quarterfinals of Wimbledon twice in her career, once in singles and once in doubles.

In fact, she's partnering with Agnieszka Radwanska in Ladies' Doubles, according to the Wimbledon website.

So if she doesn't take advantage of her momentum from Eastbourne in Ladies' Singles, she still has a chance to take home a Wimbledon title. 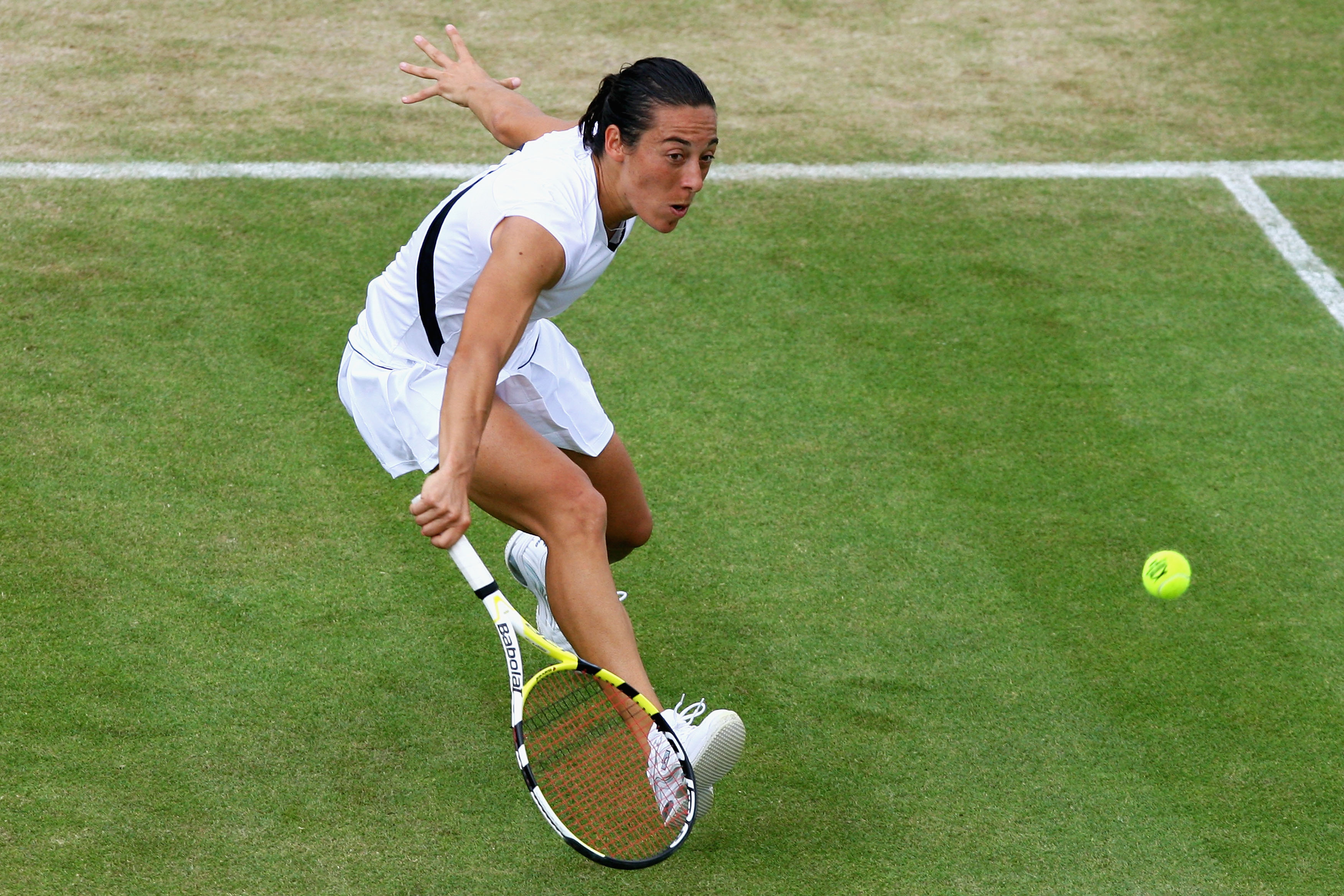 Francesca Schiavone of Italy is coming off her second straight appearance in the final of the French Open. This time however, she was the runner-up. Perhaps that will take some of the pressure off of her to do well at Wimbledon.

Her best result at Wimbledon was in the quarterfinals, in 2009. Her movement is one of the best features of her game and it's very well suited for grass.

She is the No. 6 seed and the first seed she would face would be the flashy Andrea Petkovic of Germany in the Round of 16.

She is also playing in the Ladies' Doubles with countrywoman Flavia Pennetta according to the Wimbledon website. 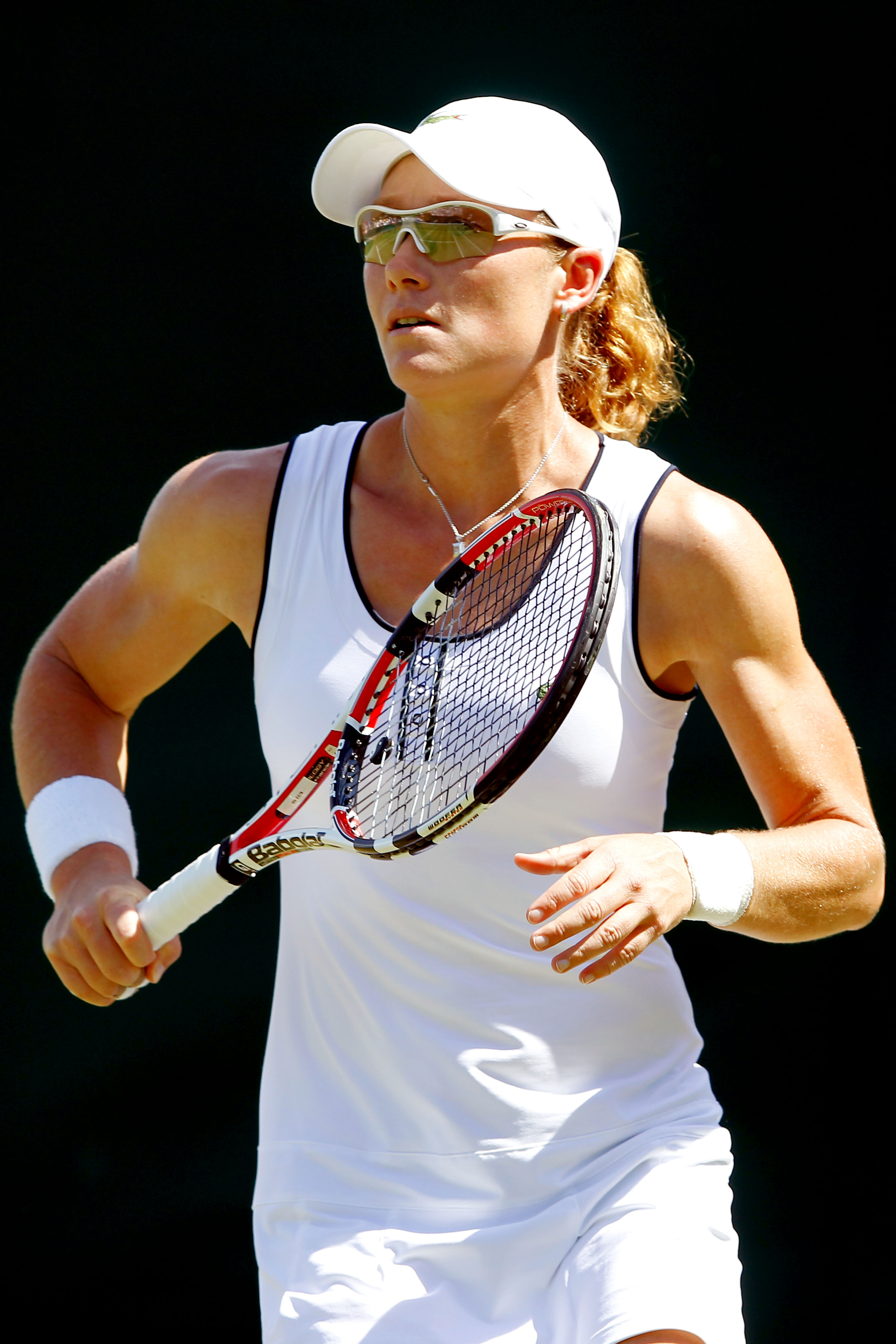 Samantha Stosur of Australia will face Marion Bartoli of France in the semifinals of the tournament in Eastbourne, tomorrow.

Stosur who is the No. 10 seed at Wimbledon this year has had her best Wimbledon results in doubles, being a finalist in 2008 and 2009, according to the Wimbledon website.

This year, her Ladies' Doubles partner is Sabine Lisicki of Germany. Her best result in singles came in 2009, reaching the third round.

Stosur will hope her momentum from Eastbourne can propel her into the second week at Wimbledon for the first time, in singles. 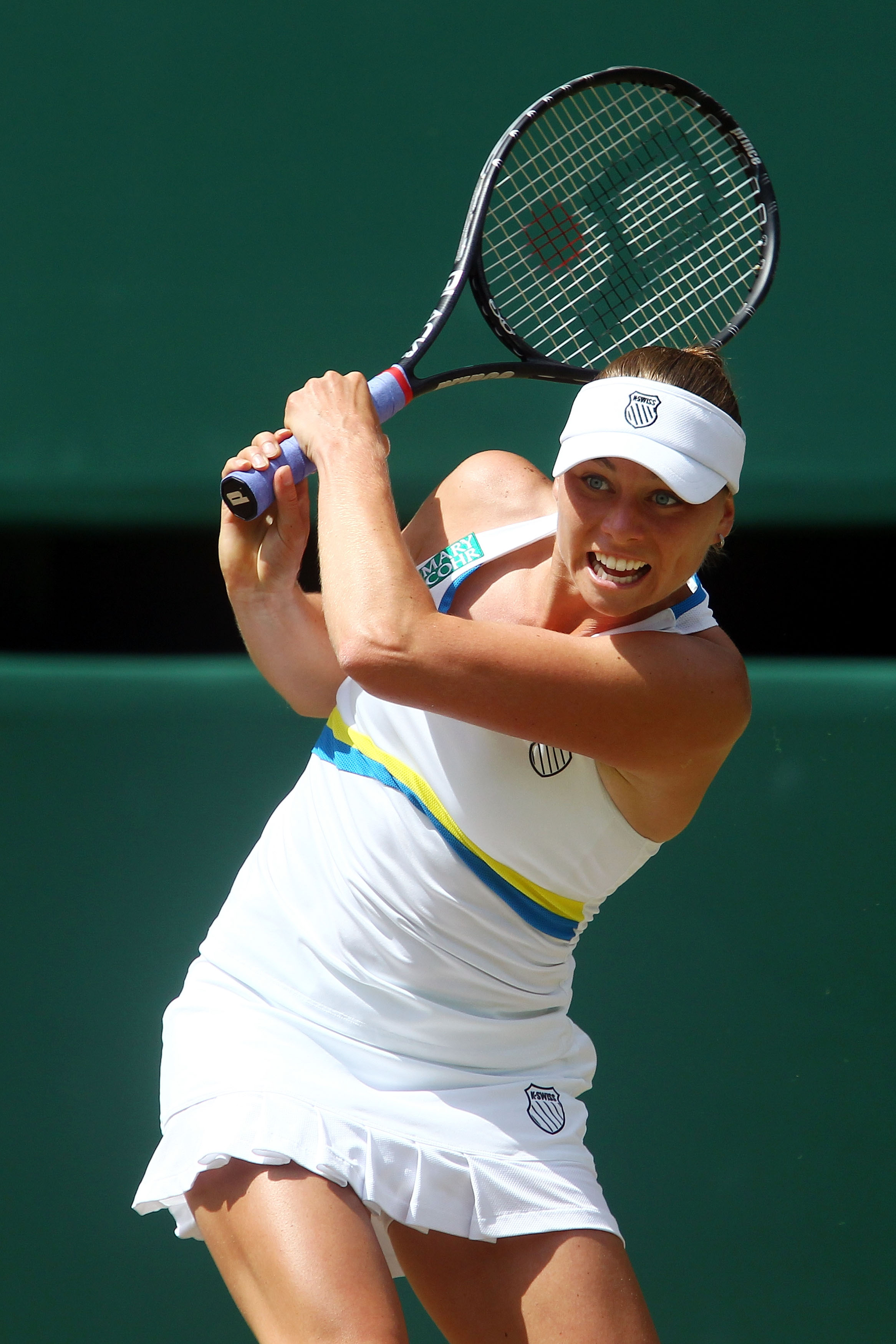 Vera Zvonareva became a Wimbledon finalist for the first time, in 2010, in Ladies' Singles and Doubles. She repeated that feat at the U.S. Open in 2010, in Singles.

All of her emotional outbursts aside, Zvonareva has always had the skill to be a Grand Slam contender.

This year going into Wimbledon, she is ranked No. 3 on the WTA Tour rankings but seeded No. 2, due to the withdrawal of Kim Clijsters, according to the Wimbledon website.

Zvonareva lost in the quarterfinals of Eastbourne in a marathon three-set match, to Samantha Stosur, according to the WTA Tour website.

Despite the loss, Zvonareva has some practice time in on the grass. 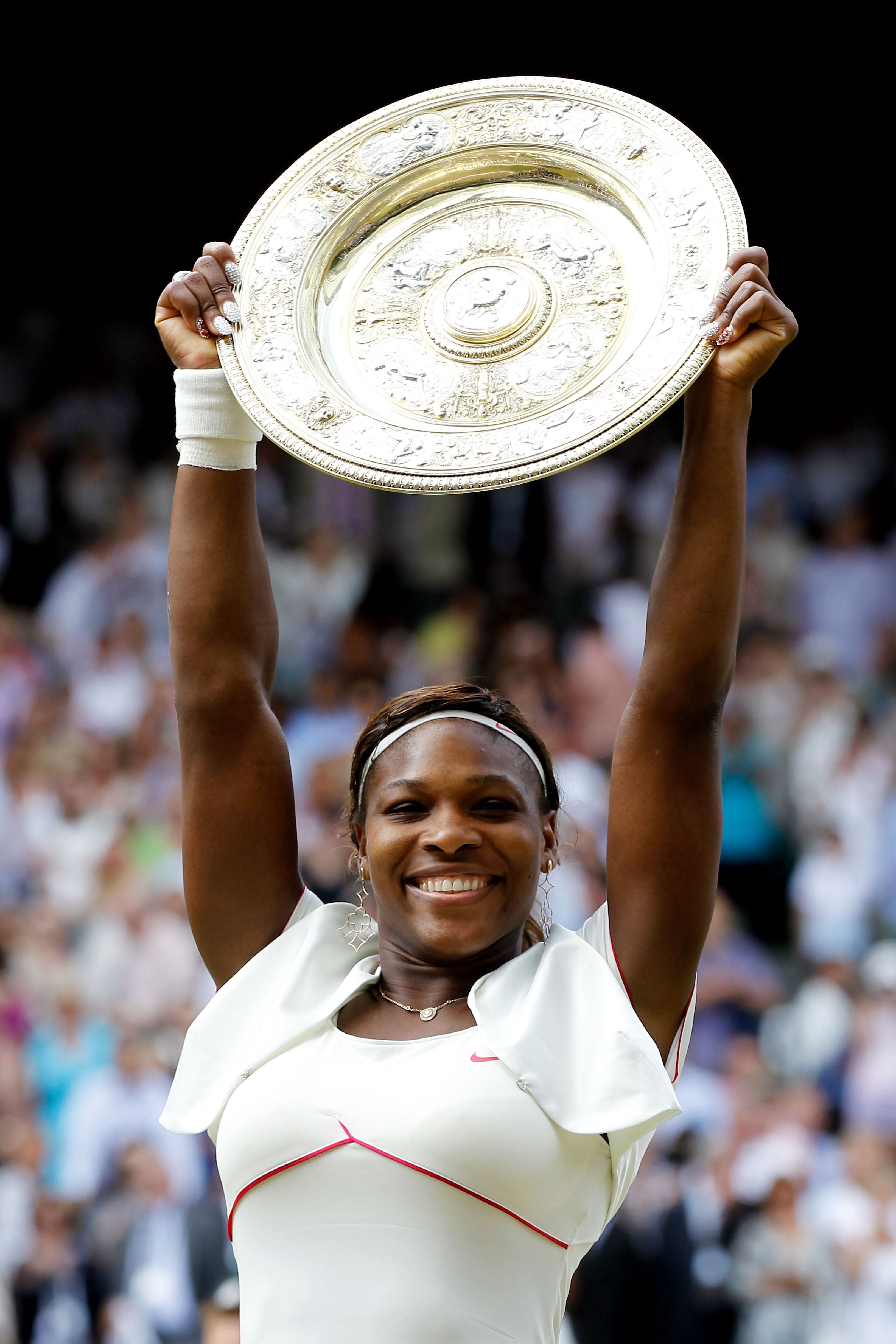 Serena Williams after she won Wimbledon in 2010.Matthew Stockman/Getty Images

Sports fans all over the world are probably familiar with Serena Williams' recent health problems. First it was a freak accident in which she cut her foot on some glass at a restaurant.

Then there was something more serious, even life-threatening. She developed a pulmonary embolism, according to an article written by Diane Pucin and Eryn Brown of the L.A. Times.

The last time Williams played a match at the Grand Slam level, it was at Wimbledon in 2010, which she won over Vera Zvonareva of Russia.

It is because she's defending champion, that she is seeded No. 7, despite being ranked No. 26 in the WTA Tour rankings. The first seed Williams could face is Maria Kirilenko, the No. 26 seed.

Williams is an eight-time Wimbledon Champion, with four each in Ladies' Singles and Ladies' Doubles. While it may seem like a long-shot for her to defend her title, I wouldn't count Williams out. She seems to shine at the majors. 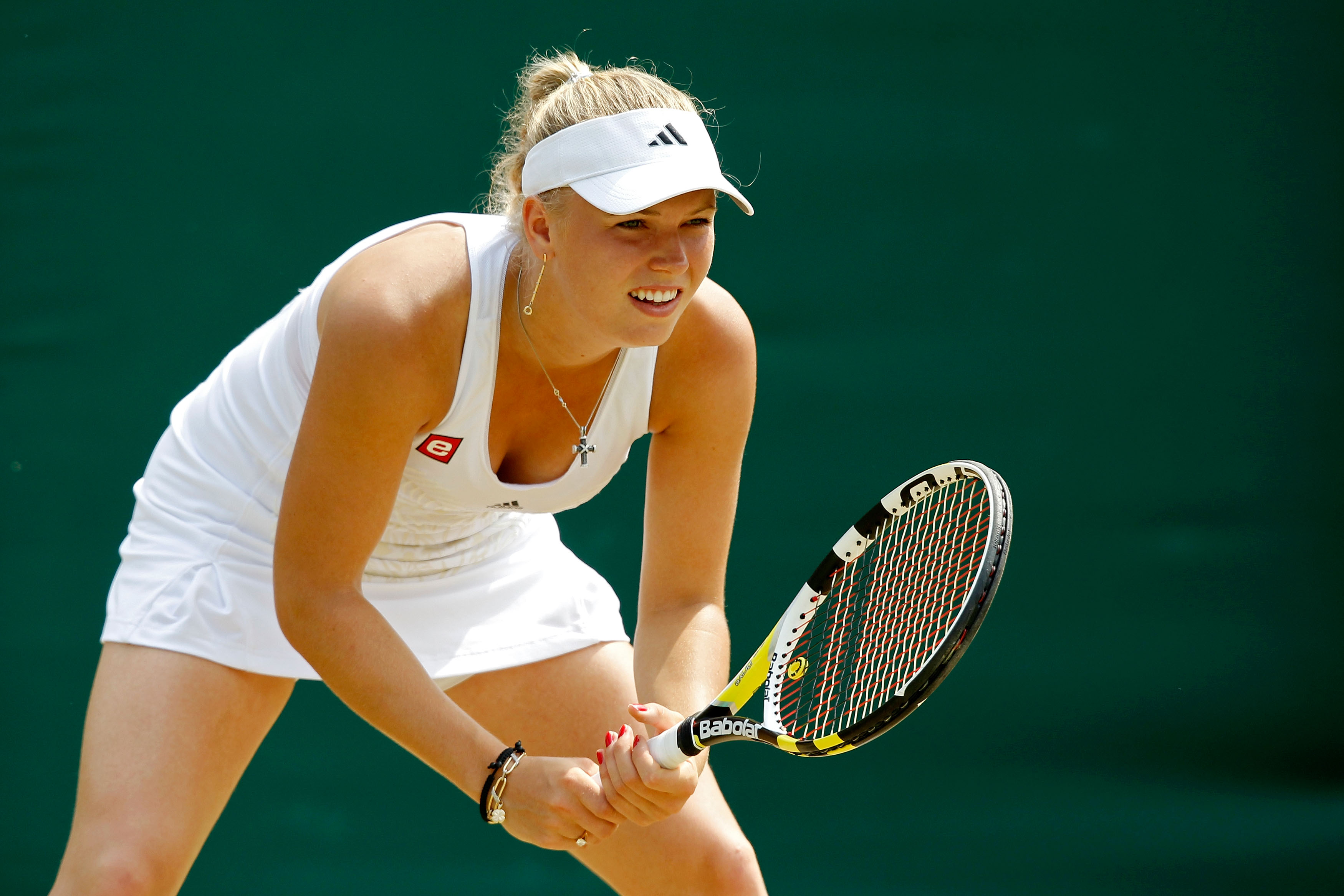 Caroline Wozniacki is the No. 1 player in the world and this year's No. 1 seed at Wimbledon. She has yet to fill the void of a Grand Slam title but she's come close in the last few years.

Wozniacki made it to the semifinals of this year's Australian Open and the final of the U.S. Open, in 2010.

Her best attempt at Wimbledon was accomplished in 2009 and 2010, reaching the fourth round according to the Wimbledon website.

The tennis world will be looking to see if she can finally live up to her No. 1 ranking, by winning her first Grand Slam title. 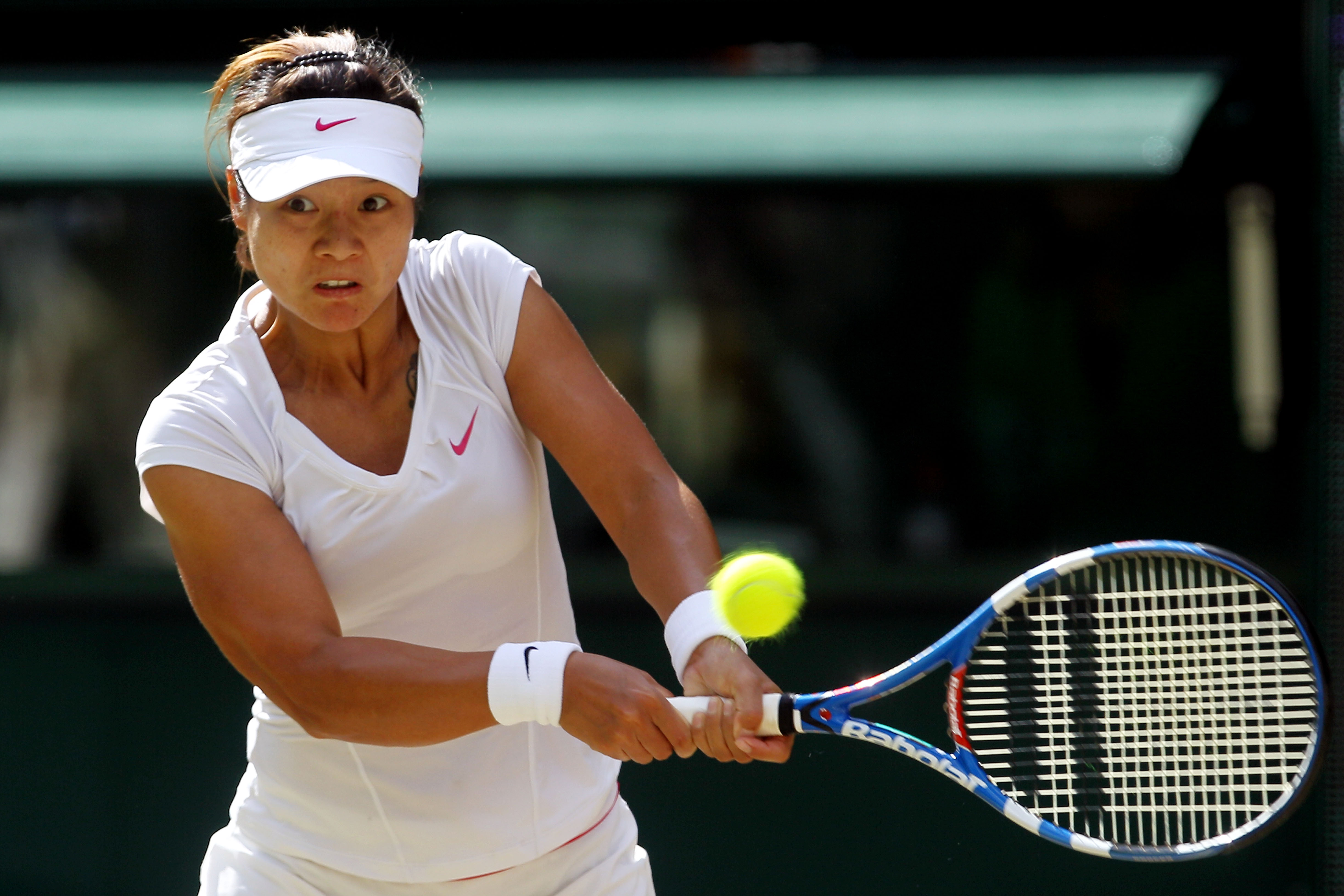 Who can forget Li Na's run to the title at this year's French Open? She defeated defending champion Francesca Schiavone in a nail-biting final.

It is because of this that her ranking has sky-rocketed and she's this year's No. 3 seed at Wimbledon. Can she do what so many players have found difficult and win back-to-back majors, on two completely different surfaces?

According to the Wimbledon website, her best Wimbledon finish came last year, when she reached the quarterfinals. 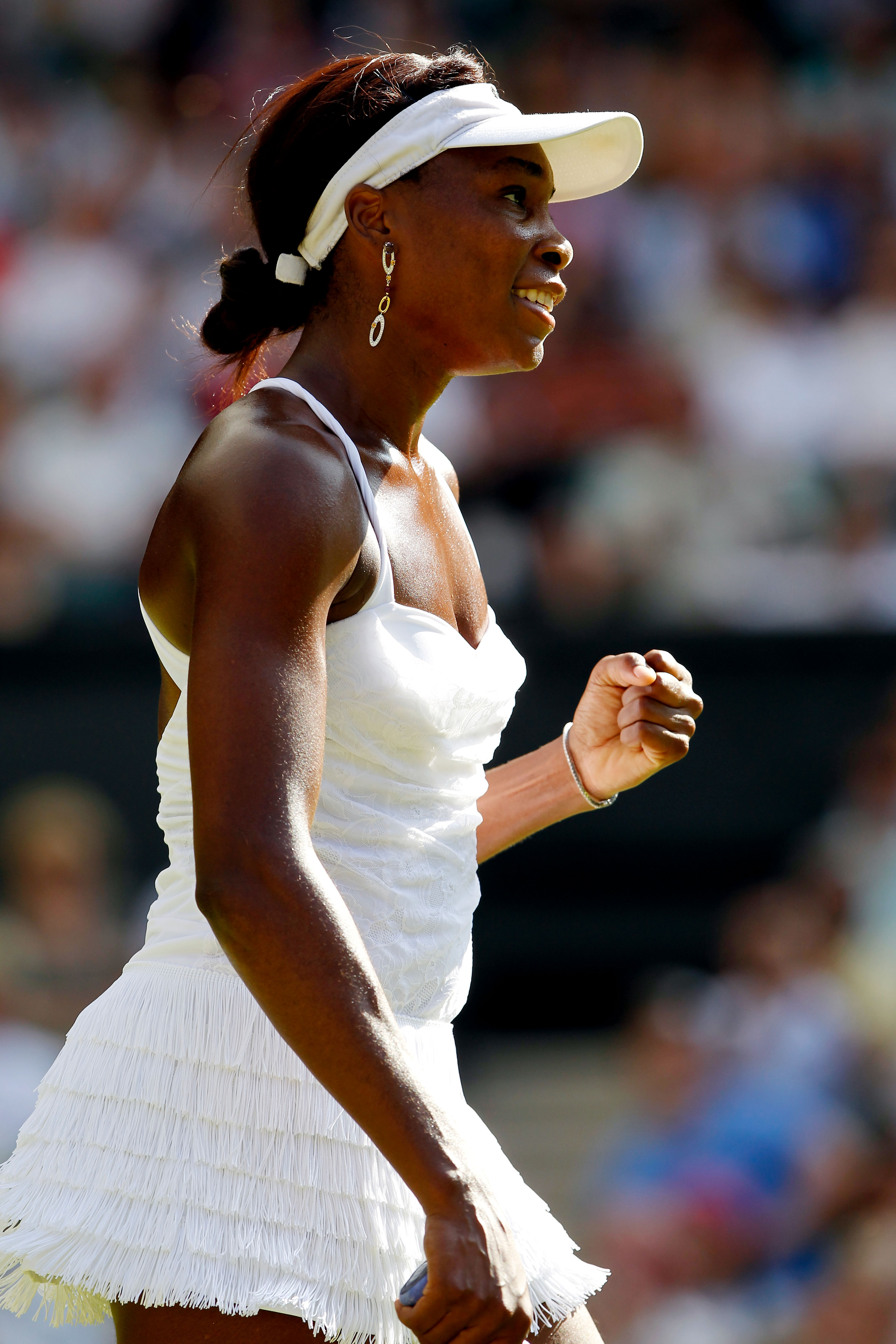 Venus Williams is coming back from injury as well. The last major tournament Williams played was the 2011 Australian Open, where she reached the third round.

Williams comes into Wimbledon ranked No. 33 in the WTA Tour rankings and is seeded No. 23. Williams is a nine-time Wimbledon champion, five times in Ladies Singles and four times in Ladies' Doubles.

She was defeated in the quarterfinals of Eastbourne to Daniela Hantuchova. However, like her sister Serena, she seems to peak at the majors and the "rules" don't necessarily apply to them. 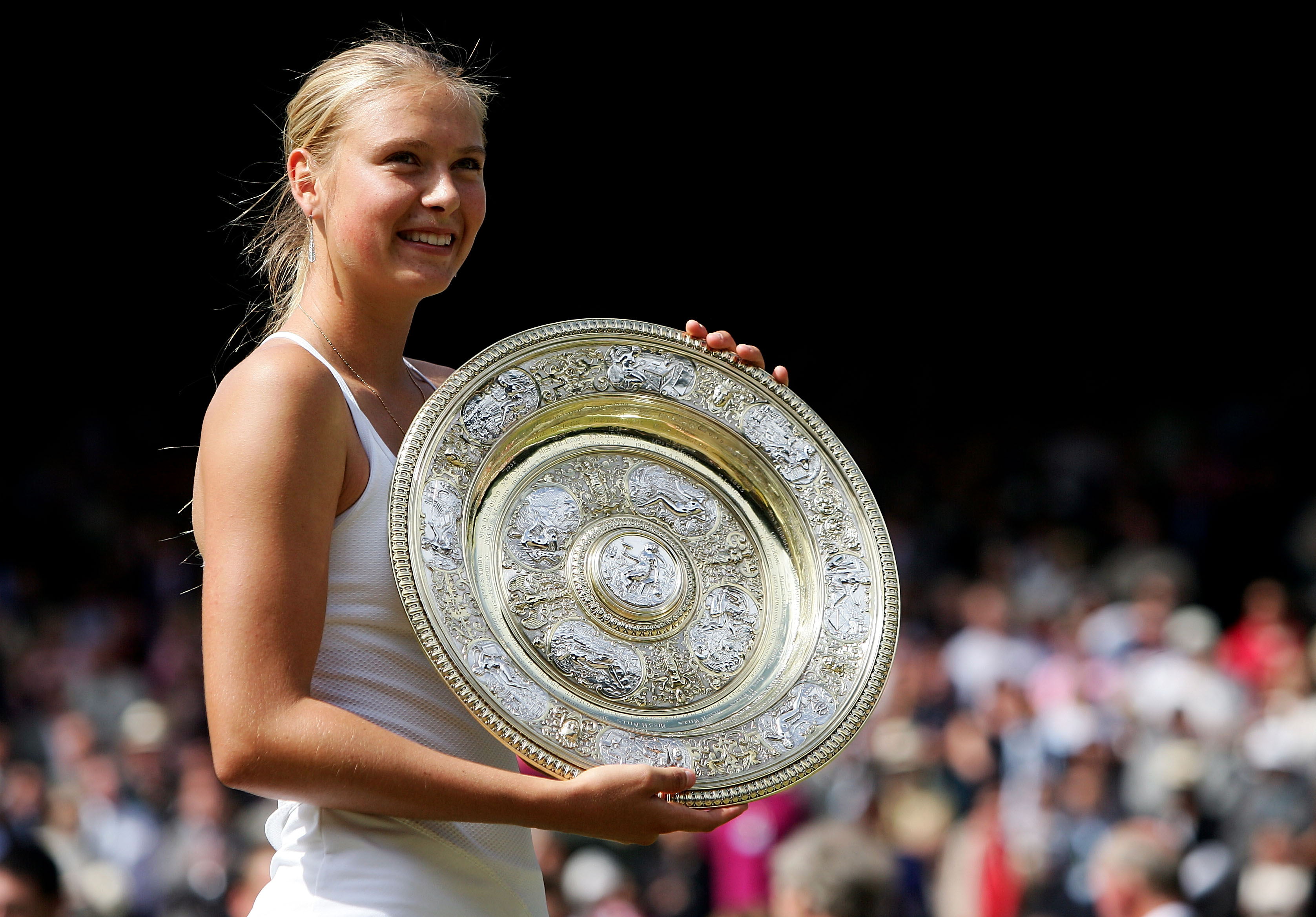 Maria Sharapova exploded onto the tennis scene by winning the Ladies' Singles title at Wimbledon in 2004. She seems to have regained the form she had then.

Sharapova is the No. 5 seed and a three-time Grand Slam Champion according to the Wimbledon website.

She may meet Caroline Wozniacki in the quarterfinals and Li Na in the semifinals. However, Sharapova is one of the toughest competitors on the WTA Tour and isn't afraid of a challenge.