The 10 Greatest Rivalries in the Sport of Tennis 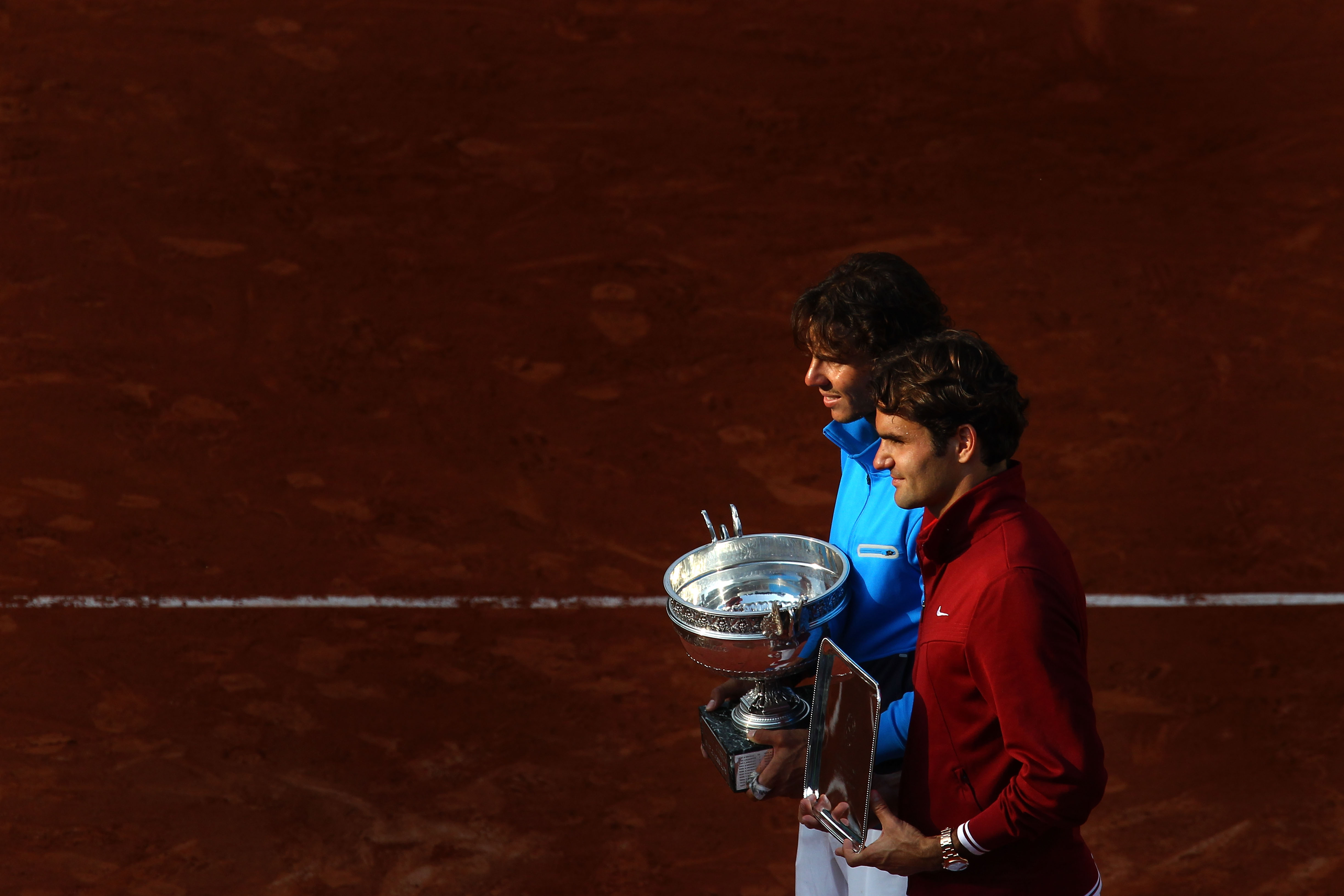 We watch Federer and Nadal battle it out time after time not only because it is a great match up but it gives us a kick which other games don't. Why?

It is probably because of the history these two share with each other. It is that rivalry which makes the sport interesting.

Rivalries don't happen overnight. It takes years and dozens of matches to build up an interesting rivalry.

So, here is a look at the top ten rivalries of the tennis world. 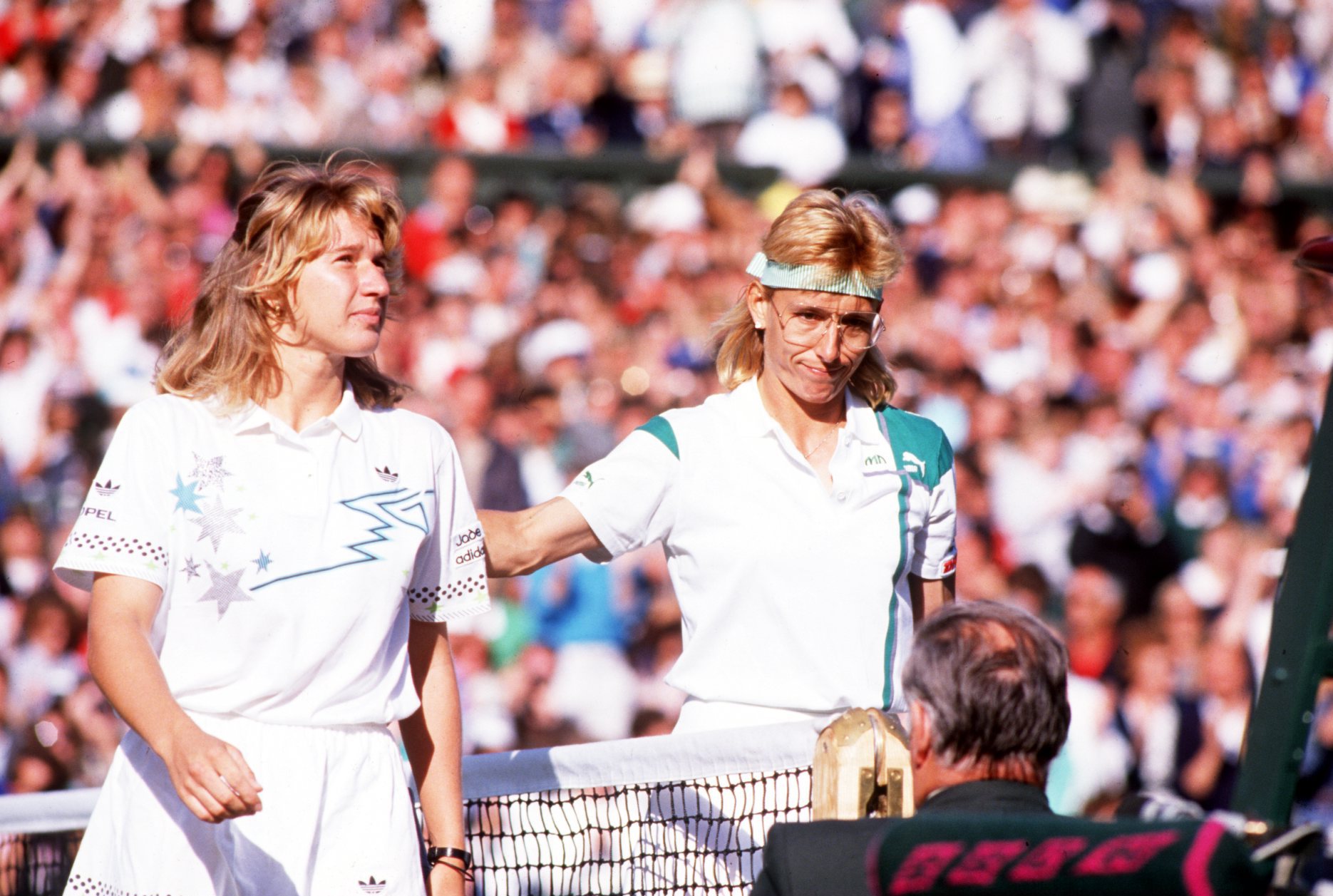 If you look at the time line, it will suggest that this rivalry lasted only for three years. True, but during those three years, these two met in six major finals.

In 1987 French Open finals, Graf battled hard against the Czech - American Navratilova to win the game 6-4, 4-6, 8-6. They met against in Wimbledon and US Open the same year and Navratilova won both of them.

The year was 1989 and Graf was on her peak. She defeated Navratilova in three major finals and the world knew that they now had a new champion.

Navratilova never reached her peak in singles after that, winning only one major at Wimbledon in 1990.

This rivalry signaled the 'passing of the torch' from Navratilova to Graf, who would go on to dominate tennis like no other. 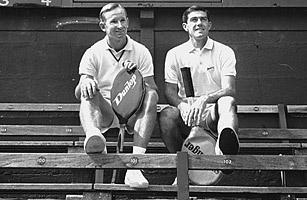 One of the rather unique rivalries of tennis is this one.

Both these Aussies began playing in the amateur circuit in the mid-1950s but they never played against each other. Rosewall turned professional in 1957 but Laver did that only in 1963.

So, from that year on they faced each other numerous times.

Most of the results of their games were unrecorded. Nobody knows how many times they have played each other but a tennis historian suggests that it might be a staggering 141 times with Laver edging 75-66.

Both the players had a great friendship and mutual respect for each other.

The 80's was a golden period for Tennis with four men by the name of Bjorn Borg, John McEnroe, Ivan Lendl and Jimmy Connors dominating this sport.

All said, two personalities still remain as the most energetic and entertaining characters in tennis. Without a doubt, those two are John McEnroe and Jimmy Connors.

The matches these two faced were often coupled with face-to-face sledging, arguments with the referee and of course loads of racket crushing.

They seriously raised the bar of professional tennis with their relentless way of playing. Who will ever forget their 1984 U.S Open game? 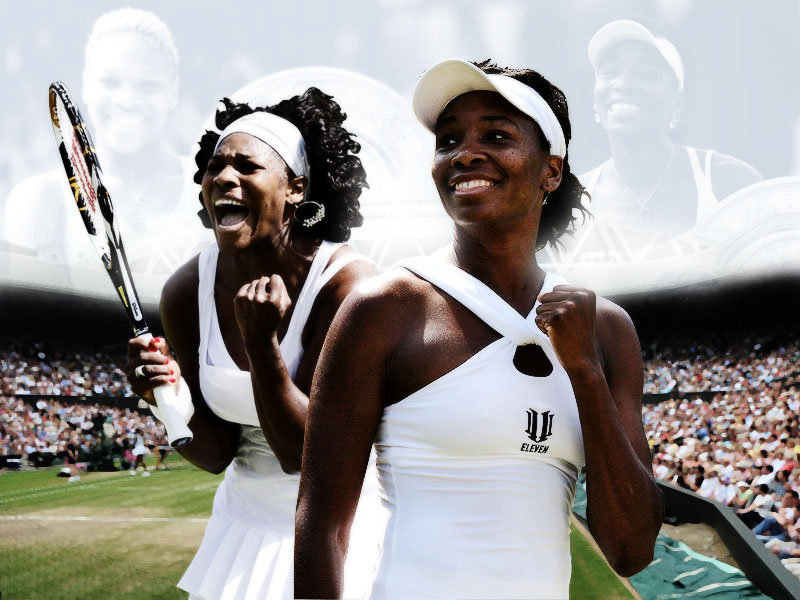 Never has a sport seen two siblings dominate it the way Serena and Venus has done. After Steffi Graf, the torch was passed on to these Americans and how well they have hung to it!

Even today, we are eagerly waiting for their comeback in the 2011 Wimbledon because Women's tennis has suffered due to their absence.

When you see these two playing against each other, they are remarkably strong and fierce yet off the court, they are so close!

They began playing against each other in 1998 and to date, they have played 23 games with Serena leading 13-10.

They have also met in eight major finals with Serena leading 6-2. They once played four finals on a trot. They share an amazing 80 career titles between them!

Probably, two of the greatest Tennis players that America has ever produced.

The Sampras - Agassi rivalry was the main storyline of men's tennis throughout the '90s. They met each other a staggering 34 times with Sampras winning on 20 occasions.

They met each other in five major finals and Sampras won four of them. It was against Agassi that Sampras won his 14th slam and retired from tennis.

The US Open always provided the best between these two. The 2001 US Open Quarter Finals was probably the greatest game of tennis that I've ever seen. 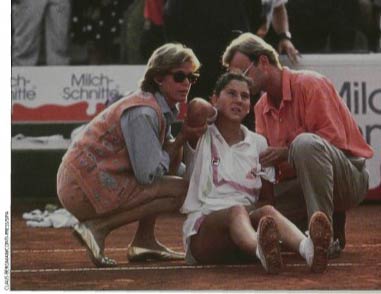 Well, an obsessed fan comes into the pitch and stabs a player since he is a fan of her rival! At that moment, you know that this is a great and passionate rivalry.

If tennis had ever seen two powerful, fierce and technically gifted players, then they should be Graf and Seles. Between the years 1991 and 1993, all Grand Slams were shared between these two players

During the later part of the 1980s, Graf went on a spree and became the best player. But when a rather unknown Seles defeated her in the 1990 Roland Garros, the world realized the birth of a great rivalry.

They met each other in six major finals, taking three each. It was a perfectly matched rivalry which was cut short by an obsessed Graf fan who stabbed Seles during a match.

Seles could never come back after the stabbing, putting a premature end to this great rivalry. 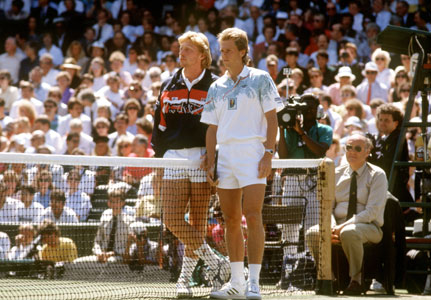 It was during the mid-1980s that the game of Tennis was becoming more popular. And at that time, two men were battling it out for supremacy.

Stefan Edberg of Sweden and Boris Becker of Germany had all the components to be great players. More interestingly, they both had completely different styles of play, and that made their rivalry even more interesting.

Edberg was elegant and a true Serve and Volley player. Becker was a hard serving base-liner. These two played 35 times against each other, and the German leads the head to head 25-10. Though, Edberg has a better major finals record of 3-1.

The defining point of their rivalry was the three consecutive Wimbledon Finals they played. In 1988, Becker came into the tourney having won two out of the past three times. In the finals, a determined Edberg defeated him in four sets.

A year later, Edberg was bombarded by a resilient Becker, who bageled him in the first set and went on to win the game in straight sets.

This rivalry has provided inspiration for budding tennis stars, including Roger Federer.

Just four years of rivalry and how many memories that this one has left in our minds!

Borg was cool as ever while McEnroe was fierce as ever! Often termed as the "Fire-Ice Rivalry," this one has seen all the heights.

These two played 16 times against each other, and Borg leads 9-7.

The fourth set tiebreaker in the 1980 Wimbledon Finals which McEnroe won 18-16 is still one of the best moments that the game of tennis has ever seen.McEnroe went on to lose that game but he won against the Swede the very next year stopping him from winning six titles on a trot.

The same year, McEnroe defeated Borg in the finals of the US Open. Borg had never won the US Open despite making it to four finals.

That was the last major that these two played, as Borg retired in his prime. McEnroe went on to win titles after that, but he is always remembered for the time that he played against Borg. 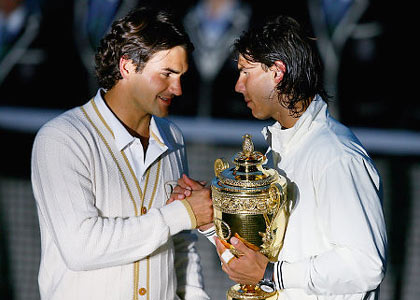 What can I say about this rivalry which hasn't been already said?

With their skill set, contrasting styles of play, mutual respect and trophies won, these two gladiators of the sport have amazed us for the better part of this decade.

When Sampras won his 14th major in 2002, who would have dared to think that it will broken within a span of eight years? Federer did that by dominating the sport like no one ever did.

Still, when matched against his rival from Mallorca, he struggled. Federer has a 2-6 score against Nadal in the Grand Slam finals.

Federer has lost only one major final to a person other than Rafael Nadal. Nadal, on the other hand, matches well against Federer. He still has the age on his side. It took Federer eight years to break Sampras' record, will it take Nadal lesser time?

Their 2008 Wimbledon Final, which Nadal won, was rated as the greatest match of tennis by many pundits, including John McEnroe.

When people thought this thing was over, Federer came back to face Nadal in the 2011 French Open finals proving that only time can end this rivalry! Let us hope that it goes on for ages! 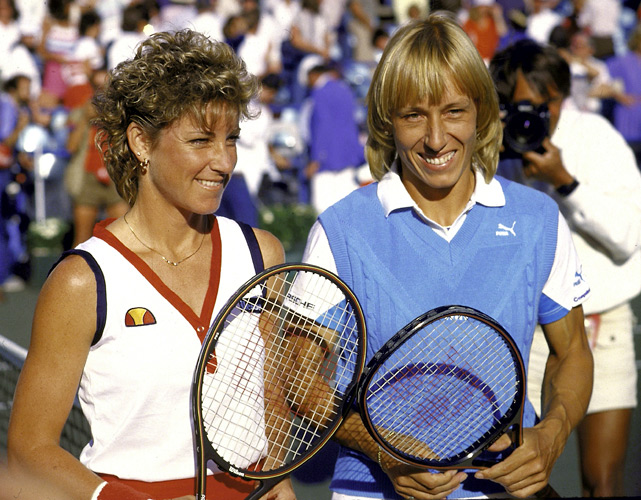 Probably, the greatest rivalry in the sporting world? If not, it is probably there on the list along with Man Utd - Liverpool, Nicklaus - Palmer and Ali - Frazier.

These two women have met each other 80 times and 60 of those were in the finals of tournaments! Do you really need a better statistics to prove that this the greatest rivalry ?

In the 1970s, Evert was at her best, and she won three majors against Navratilova. But the Czech - American always played at her best in major finals, leading Evert 10-4 on head to head.

Overall, Navratilova leads 43-37, showing how close this rivalry was!

When you break down the rivalry in terms of the surface, you will find it even more interesting. Evert leads Navratilova on Clay (of course, she is the Queen of Clay) and on hard courts, while Navratilova leads on Grass and Carpet.

It is very unlikely that tennis will ever find two great champions like these.