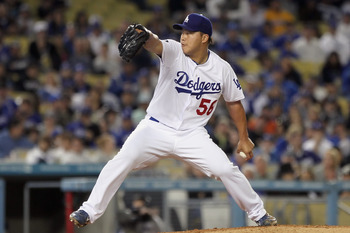 Los Angeles Dodgers relief pitcher Hong-Chih Kuo was recently placed on the DL due to what has been labeled as an anxiety disorder. While Kuo's history of elbow problems was likely a factor, his mental health seems to be more of an issue than his physical ability.

Kuo is just one of several Major League Baseball players that have been placed on the DL due to mental reasons, particularly over the last 20 years.

According to the National Institute of Mental Health, 26.2 percent of Americans 18 or older suffer from a diagnosable mental disorder in any given year. However, between 1972-1991, zero major-league players were placed on the DL for mental health reasons.

Emotional problems around the game of baseball were typically hidden from the media and ignored by general managers over the years. But recently, for really the first time in major-league history, players have been openly admitting to mental health disorders and seeking treatment.

Baseball, after all, can be psychologically draining at times. Between the slow pace of the game, the emphasis on statistics and the tiny margin for error, it is no wonder that the mental health of players is vulnerable.

The following 10 players have been placed on the disabled list at one time or another due to mental health reasons, the vast majority of them over the past five years. 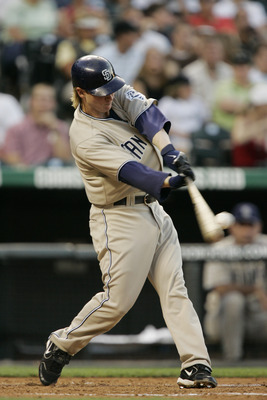 Greene was drafted by San Diego in 2002 and enjoyed several nice seasons with the Padres, but his career has suddenly come to a screeching halt.

A shortstop with both range and power, Greene nearly took home NL Rookie of the Year honors in 2002, finishing second to Jason Bay. Although he was never a great hitter, Greene hit at least 15 home runs in each of his first four seasons, including a career-high 27 long balls in 2007.

Greene struggled during the 2008 season, posting a subpar OPS of .599. He was then traded to St. Louis before the 2009 season but was never able to regain his swing and was eventually placed on the DL due to a social anxiety disorder.

"It was difficult to concentrate, difficult to sustain my energy level," said Greene. "All my energy was wasted trying to control myself. Just trying to get myself to function, to be able to stay in the game and not be thinking so much what I'm thinking. It's just a battle to be relaxed. I'm trying to battle that and find a way to come to terms with that, trying to find those coping mechanisms."

Greene, 31, is still battling social anxiety disorder and is currently out of baseball completely. 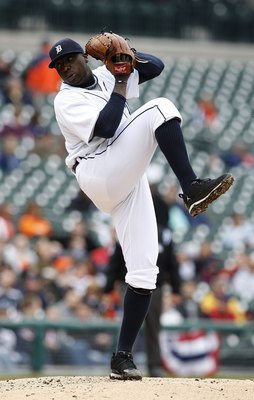 Willis' career got off to a fantastic start, but he seems to have peaked too early.

After coming up to the big leagues in 2003, Willis immediately earned Rookie of the Year honors during his first season and then finished second in NL Cy Young Voting during his third season.

Prior to the 2008 season, Willis signed a three-year, $29 million deal with the Tigers, which was nothing short of a disaster.

Willis was placed on the DL before the start of the 2009 season with an anxiety disorder. When he returned towards the end of May, he was just 1-4 with an ERA of 7.49 before heading back to the DL with further anxiety issues.

In three-plus seasons with Detroit, Willis ending up going just 2-8 with an ERA of 6.86.

Still just 29 years old, Willis is currently pitching for the Cincinnati Reds' Triple- A team and is hoping to make his way back to the big leagues in the near future. 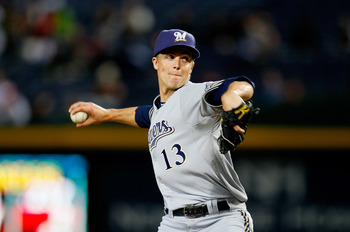 Prior to Greinke's recent run of dominance, he suffered from social anxiety disorder and depression.

Greinke had an impressive rookie season, posting a 3.97 ERA in 195 innings. But in 2005, in just his second season in the big leagues, he lost a league-high 17 games.

During spring training of the following season, Greinke left the team, citing social anxiety and depression as the reasons. He returned to the starting rotation in mid-April but was immediately placed on the 60-day DL after just one start and went on to miss the rest of the season.

Greinke has since received treatment for his condition, which is very evident in his performance. Since his return at the start of 2007, he has an impressive ERA of 3.39 in just under 800 innings, including AL Cy Young honors in 2009. 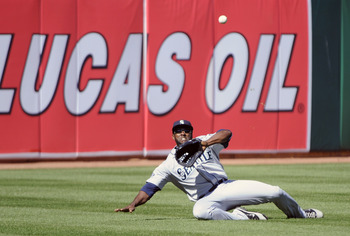 Unlike many of the guys on this list, Bradley's mental health issues seem to have plagued him throughout his entire career.

Bradley has all the makings of a perennial five-tool player, but he has played 130 games or more in a season just once. While many of Bradley's missed games can be attributed to various injuries, it is clear that his temper has been a key factor in at least two of his several trips to the DL.

While with the Seattle Mariners last season, Bradley struck out twice in a game against Tampa Bay, leading to manager Don Wakamatsu sending in a pinch-hitter for him late in the game. Bradley, who has a history of outbursts, proceeded to flip out, even referring to himself as the Kanye West of baseball at one point. Days later Bradley was placed on the DL for what he referred to as stressors or unpleasant thoughts.

Bradley received counseling during his two weeks on the DL, but he still has a long way to go before his issue is resolved.

Recently released by the Mariners in the final year of his three-year, $30 million contract, it is unclear whether Bradley, 33, will be in a major-league uniform next season. 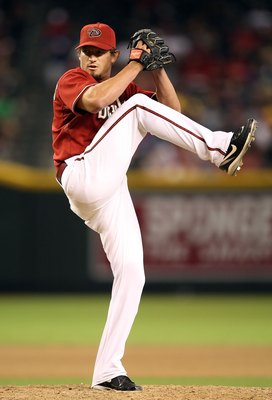 Schoeneweis has been well traveled throughout his major-league career, but it is unclear whether he will pitch in the major leagues ever again.

Originally brought up with the Anaheim Angels in 1999, Schoeneweis spent the better part of four years with Anaheim before spending time with the White Sox, Blue Jays, Reds, Mets, Diamondbacks and Red Sox.

After a 2008 season with the New York Mets, which may have been his best overall, Schoeneweis' life suddenly took a turn for the worse when his wife was found dead in the master bedroom of their home in Phoenix.

Schoeneweis spent three weeks on the bereavement list after his wife's passing. When he returned, he had an ERA over 8.00 in 38 games. He was then put on the disabled list for the remainder of the season with clinical depression.

Schoeneweis made a comeback bid with Boston in 2010 but struggled once again, allowing 12 earned runs in 13.2 innings. He has been out of baseball since. 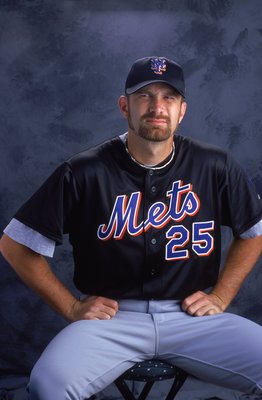 Tommy John surgery has helped rejuvenate the careers of several major-league pitchers, but it did not work for Pulsipher.

Pulsipher first came up with the New York Mets and had a solid rookie season in 1995, posting a 3.98 ERA in 126.2 innings. After the season, he had Tommy John surgery on his elbow and would never be the same.

During a minor-league rehab stint with the Mets, Pulsipher was just 1-9 with a 5.60 ERA while allowing 81 walks in 82 innings. He was traded to the Milwaukee Brewers before the 1998 season.

With Milwaukee, Pulsipher posted a 5.98 ERA in 87.1 innings and was then tossed around to several organizations, but he would never pitch more than 30 innings in a season ever again.

It was not until after Pulsipher's career was over that he claimed to be suffering from undiagnosed performance anxiety.

"In 1997, it felt like I never even played baseball before. I was more concerned about how in the world I was going to be able to throw strikes, much less face the hitters," he said. "I struggled with that off and on for years, probably denying anxiety was a problem." 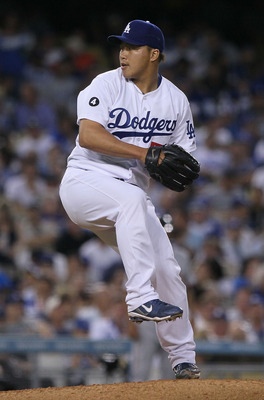 Kuo entered the 2011 season with extremely high expectations, especially for a middle relief pitcher. He allowed just eight runs and 29 hits in 60 innings last season, which earned him All-Star honors for the first time. At 29 years old, Kuo appeared to be still very much in his prime.

Unfortunately for the Dodgers, in a season in which they have had trouble getting anything out of their bullpen, Kuo is off to an awful start. He has been unable to find the strike zone this season, having already given up six walks and six earned runs in just 4.2 innings.

Just two years ago, Kuo was placed on the DL due to a case of the yips, wherein he had difficulties locating pitches effectively, which is usually a sign of performance anxiety. Sadly, it appears that he is currently having the same problem.

Kuo was recently placed on the DL for the second time of the season due to an anxiety disorder, and it is unclear when he will return. 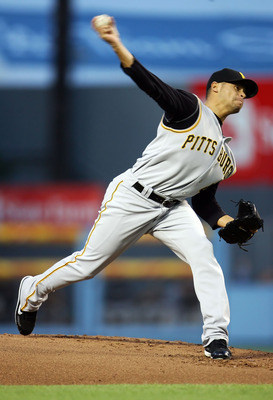 Snell was somewhat under the radar throughout his first few seasons, but after signing an $8 million deal with Pittsburgh, he began to let the pressure get the best of him.

Through his first four seasons in the big leagues, Snell had a career win-loss record of 23-26 and an ERA of 4.39, which is about as mediocre as an NL starting pitcher can possibly be. However, after signing a new contract with the Pirates before the 2008 season, he struggled mightily.

Soon afterward, Snell admitted that he had been dealing with suicidal thoughts during his time in the big leagues, which was the reason he voluntarily left the Pirates' major-league team.

Snell attempted a comeback after being acquired by Seattle, but he struggled to keep the ball in the ballpark and was designated for assignment in June of last season. He announced his retirement before the start of this season. 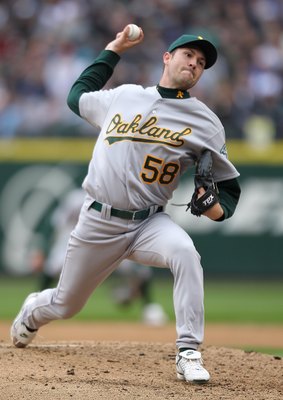 Duchscherer has been one of the better pitchers in the game over the last six years, but depression continues to be an obstacle.

He and his wife separated in 2007, and even though Duchscherer pitched well during the separation, he was extremely hard on himself. In a game against Boston in 2008, Duchscherer gave up just one hit in eight innings, but he spent the rest of the week beating himself up about the one hit he gave up.

"It was a combination of baseball and the divorce,'' Duchscherer said. "I felt like a total failure. I felt like, 'I can't stay healthy enough to perform, so I'm not doing my job, and I failed at my marriage.' I started to get into a lot of negative thought patterns."

Duchscherer, who is now 33 years old, is currently with the Baltimore Orioles but is on the DL due to depression. He has an impressive career ERA of 3.13 in 450 innings pitched but has pitched just 28 innings since the start of the 2008 season. 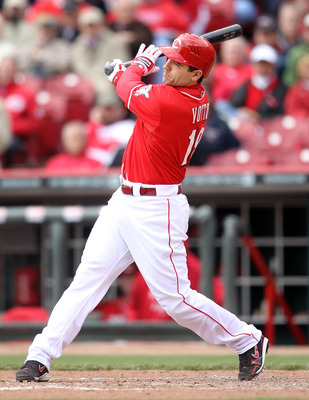 Votto is currently one of the premier hitters in the game, but just two years ago, he was dealing with stress-related issues.

In August of 2008, Votto's father passed away, leaving Votto in an extremely tough state mentally. He missed just seven games after the incident but was depressed from the end of the season through the start of the 2009 season.

Votto experienced dizziness as well as an inner-ear problem in May of 2009, each of which forced him to leave games early. Two weeks later, during a game against Milwaukee, Votto experienced his worst anxiety attack, causing him to feel completely overwhelmed. He was forced to leave in the second inning and was placed on the DL the next day.

"Going out on the field, I just couldn't do it anymore," Votto said. "The stuff I was dealing with off the field finally seeped its way into the game. I just had to put an end to it because I really couldn't be out there. I physically couldn't do my job."

Votto managed to overcome his anxiety after the 2009 season ended and went on to earn NL MVP honors last season. Now 28 years old, he is currently one of the top hitters in the game and appears to be well on his way to a remarkable major-league career.