Baltimore Orioles: Power Ranking Each Veteran's Likelihood of Being Dealt 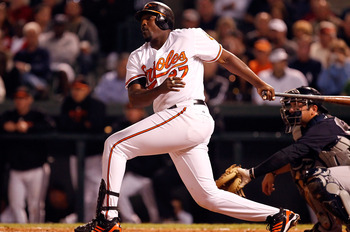 After a great start, the Baltimore Orioles have come back to earth and slowed down.

However, they have managed to stay alive by hovering around a .500 record.

They are also currently only 3.5 games behind the first-place Tampa Bay Rays.

With that said, the O's will have to make some trade noise if they want to catch the Rays—or contend for the Wild Card (currently 2.5 behind the Detroit Tigers).

Here's to the fans who fill Camden Yards and to the Orioles' veterans who may be dealt. 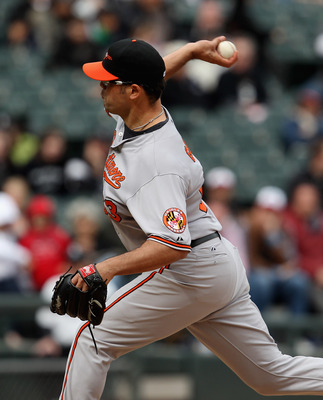 Kevin Gregg is enjoying the best start to his career.

The scary part is that he has pitched consistently well the past few seasons, so it will be exciting as 2011 continues.

There will be teams interested, but chances are the O's will keep Gregg and remain solid in the bullpen. 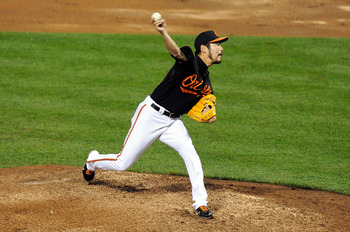 He may not be considered a seasoned vet in the majors, but Koji Uehara spent 10 professional seasons in Japan.

This would explain the solid beginning to his MLB career with the O's, and give the team more incentive to keep him.

As long as the consistency remains, Uehara will do wonders for Baltimore. 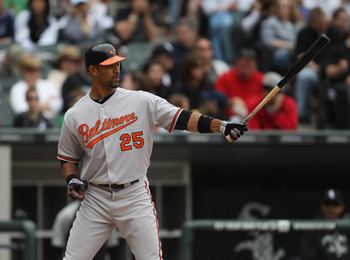 Derrek Lee clearly has seen better years. However, this seasoned vet ranks fourth on the team in hits and is tied for third in HRs.

His experience is definitely a key aspect, but being an everyday player has taken its toll.

Come time for trade talks in June, don't expect Lee to stir up any speculation. 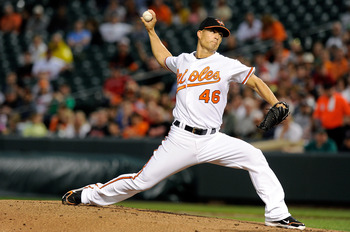 When Jeremy Guthrie has pitched this season, the Orioles offense has only scored 12 runs.

Without hardly any run support—and for someone with a 1-6 record because of it—Guthrie does actually pitch rather well.

He does need to improve his strikeout rate, but if the bats can pick up when he's given the rock, Baltimore could make some noise. 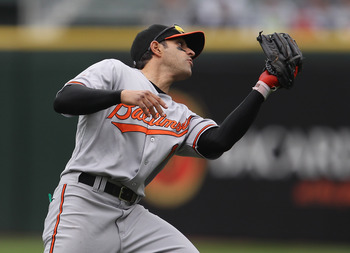 However, he's fourth on the team in hits and third in RBI, so there has been solid productivity.

Chances are the O's will keep him to mentor the younger infielders. 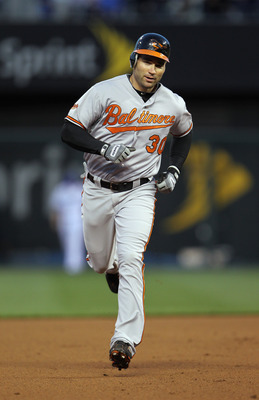 Despite a low batting average, Luke Scott leads the Orioles in HRs and has the proven ability to drive baserunners home. 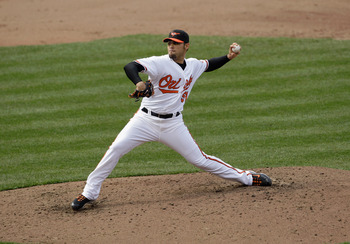 Despite his dismal ERA, averaging around one strikeout per inning has allowed Mike Gonzalez to take some pressure off the defense.

His ERA obviously needs to improve. As a pro, you know he'll find a way to get it done.

As long as the strikeouts-per-inning ratio remains consistent, he could provide some insurance in a deal. 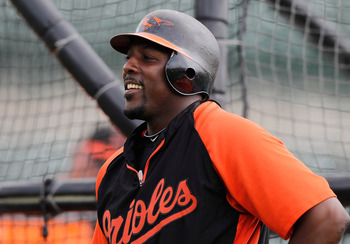 It was kind of surprising to see the Texas Rangers part ways with Vladimir Guerrero.

It was surprising to see him leave the Angels as well.

Therefore, don't be surprised if Vlad ends up elsewhere by midseason.