Danica Patrick: Is She to Blame for the 10 Worst Crashes of Her Career? 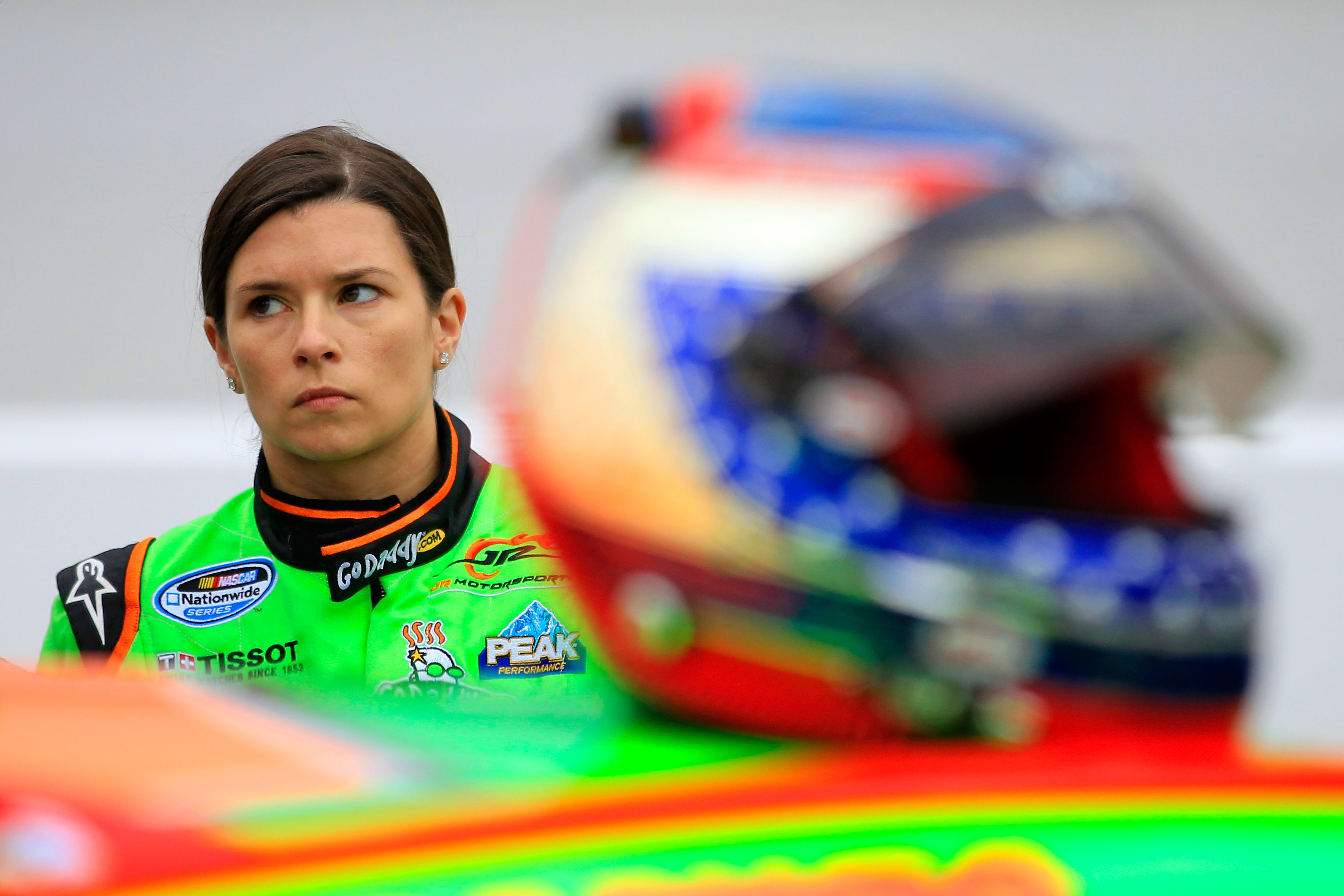 By her sheer presence every week—either in the NASCAR Nationwide Series or the IZOD IndyCar Series—Danica Patrick is one of the most controversial drivers in motorsports today.

Upon her arrival in the public spotlight after qualifying and finishing fourth at the 2005 Indianapolis 500, Patrick's been known for average driving skills that are seemingly far exceeded by her stunning good looks.

For every win (there's only one—an April 2008 IndyCar event at Twin Ring Motegi in Japan decided by fuel mileage), there seems to be at least 10 missteps, regardless of whether she's driving an open-wheel or a stock car machine.

But are her mishaps behind the wheel her fault?

Here are 10 of the worst incidents of her career, with some speculation as to whether the wrecks are her fault.

In this Nationwide Series race, Danica Patrick rides up into Ryan Truex on the backstretch, getting loose and spinning out—a clear error on Patrick's part.

She apparently doesn't think so, however, and gives Truex a piece of her mind before heading into the ambulance for the long trip to the infield care center.

Don't be fazed by ESPN's Marty Reid attempting to shift the blame on Truex, as this is 100 percent Patrick's fault.

Making contact is part of short-track racing, and the driver needs to handle the car well to avoid getting into an incident like she did.

Truex apologized for the incident, but none of it was his fault.

Maybe he just didn't want to hear Danica whine about it anymore.

Late in the now-defunct fall race at Auto Club Speedway, Patrick has a top-15 run going with 10 laps to go when James Buescher appears to dump her into the wall.

Even with the SAFER barriers at the Fontana, Calif.-based track, crashes almost always involve hard impacts at the 2-mile track.

While this could be a product of tight racing, it appears to be Buescher's fault.

He seems to take a stiff turn into the back of Danica's No. 7 Chevrolet, a reckless move that damaged several other cars in the process.

This time, Danica is in the clear.

In Patrick's third career Nationwide start, she appears to essentially run over Michael McDowell as his No. 81 Dodge is losing speed.

McDowell seems to slowing to head to the pits for a issue, and attempts to reach the apron when Patrick essentially blocks him, causing the two to collide into the outside wall.

Patrick seems to refuse guilt in this video, but this is once again her fault.

Patrick's open-wheel racing logic should tell her to pass a slow car on the frontstretch or backstretch to avoid foolish incidents such as this.

On Lap 68 of the season-opening Nationwide race from last season, Danica's NASCAR debut is cut short when she is involved in the "Big One" on the frontstretch, effectively ending her day just past halfway in the 120-lap event.

Like most drivers caught up in restrictor-plate pileups, there wasn't much Patrick could do to avoid this incident.

One week before Danica made her NASCAR debut, she made arguably one of the best saves ever made by a driver in the ARCA Racing Series event at Daytona.

After Nelson Piquet Jr. bumps Patrick, she spins off the apron into the grass and back on the track before straightening her car out—without a dent on the car.

This wasn't her fault, but it was one heck of a save.

In the 2009 IndyCar season opener, Danica was eliminated from the race in the streets of St. Petersburg, Fla., after a crash with Raphael Matos.

Matos made contact with Patrick after giving her little room to go through a turn, taking the inside lane when he had no real opportunity to make a pass.

Both cars ended up in the wall.

Patrick can absolve herself of guilt in this situation, as it appears to be all Matos.

With 20 laps to go at Kentucky Speedway in an IndyCar event, Danica spun out on the exit to pit road after being unable to warm up "cold" tires.

After she was up and running once again, the left rear tire blew on the Honda-Dallara-Firestone machine, putting her in the wall and very close to making contact with a safety truck that was checking for debris.

Needless to say, this is Danica's fault.

On Lap 88 of the IndyCar race at the Milwaukee Mile in 2007, Dan Wheldon forced Danica onto the apron of the 1-mile track, essentially bumping her without wrecking her.

Instead of trying to get back onto the track, Patrick stayed on the apron and regained control before joining the racing groove.

This one is all Wheldon, but a great save by Danica nonetheless.

In the 92nd running of the Indianapolis 500, Danica had yet another top-10 run at the Brickyard until a lap 171 incident on pit road ended her day.

Ryan Briscoe clipped Patrick on the way out of his pit stall, sending her into the pit wall and knocking her out of the race.

It is not shown on this video, but Patrick then attempted to confront Briscoe by walking down to the Team Penske pit stalls. However, she was stopped from doing so.

She had every right to be angry, however, as Briscoe was in the wrong.

The worst crash in Danica's career took place in her first career start in the series she would eventually become the face of—the 2005 IndyCar opener at Homestead-Miami Speedway.

A seven-car pileup involved Patrick and what was left of her car after the incident started on fire.

Patrick eventually escaped from the car without any injuries or burns.

The wreck was touched off by contact between Kosuke Matsuura and Scott Dixon, eventually collecting at least five more cars in the incident. Thus, Patrick had nothing to do with the cause of the wreck.