The Oakland Athletics' starting pitching continues to impress; the defense and bullpen continue to underwhelm.

After the weekend series in which the A's blew two potential wins against the Mariners, they managed to cough up another game tonight against the Toronto Blue Jays.

Prior to a changed scoring decision, McCarthy had only been charged with two earned runs. McCarthy's ERA jumped from a stellar 2.25 to 4.50 with the decision. He should have walked away with his first victory of the season, instead he was saddled with a no-decision.

The play in question was originally scored a fielding error charged to third baseman Kevin Kouzmanoff.

Kouzmanoff was also charged with a throwing error in the same inning, and had another throwing mishap when he turned to throw a ball back into the infield after running down a foul ball and instead spiked the ball into the ground in front of him.

The changed call left the A's with two errors for the evening instead of three, hardly a consolation. Brandon McCarthy was also charged with a throwing error in the game.

The errors all came in the sixth inning, as did four of Toronto's five runs against McCarthy. Prior to the ugly sixth inning defensive work, the Athletics had held a 5-1 lead against the Blue Jays.

McCarthy set down the Blue Jays lineup without any further damage for two more innings before turning it over to the bullpen.

Jerry Blevins followed McCarthy with a perfect ninth inning, striking out two of the three batters he faced.

In the 10th inning Grant Balfour faced only two batters and threw only six pitches before the game was over. Former Athletic Rajai Davis led off the inning with a single, and Yunel Escobar immediately followed with a walk-off two run homerun to give Toronto a 7-6 victory over the Athletics.

"That couldn't have worked out any better for them," Balfour told the San Francisco Chronicle's Susan Slusser following the game. "I'm annoyed at myself for not executing pitches. ... I have to be better."

The Athletics bullpen, which was supposed to be one of the team's strengths, has a 6.97 ERA and has been charged with all three A's losses this season, including two blown saves.

On the positive side, Oakland's offense had another good performance, pushing six runs across the plate.

Conor Jackson, Josh Willingham, David DeJesus, Kevin Kouzmanoff and Andy LaRoche all had two hits for the Athletics Tuesday evening. Coco Crisp and Kurt Suzuki each added a hit, and Mark Ellis extended his hitting streak to 17 games, dating back to last season.

After scoring five times between the third and fourth innings, the A's offense was kept off the board until extra-innings.

Josh Willingham gave Oakland the chance for an extra-inning victory with his second homerun of the season in the top of the tenth inning, living up to the expectations that accompanied his trade during the offseason.

With 158 games remaining in the regular season it is hardly time to panic over the team's shortcomings; they are too good and their collective track records indicate the problem cannot continue for the duration of the season.

In a division that is expected to be a tight, three team race down to the end, the A's cannot afford to give any wins away, regardless of how many games remain to make up ground.

The offense and starting pitching are living up to their end of the deal; what needs to be done about the bullpen and defense?

How should the A's address the bullpen problems?

Two of the A's relievers that have struggled early on are offseason acquisitions Grant Balfour and Brian Fuentes. Both are solid veterans that simply had bad outings. It is unfortunate, but it happens over the course of the season.

Craig Breslow on the other hand has some atoning to do for his poor outings.

Breslow has been solid for the A's since they acquired him off waivers from the Minnesota Twins in 2009, however with a soon to be crowded bullpen, he could find himself to be the odd man out if he does not improve.

Andrew Bailey's rehab is progressing on schedule, and Rich Harden has been throwing bullpen sessions without any setbacks.

Both pitchers should be poised to join the A's bullpen by late April, although both will likely head to Sacramento or Stockton for a few tune-up appearances first.

Bob Geren and Billy Beane will have some decisions to make when both are ready to return, and it is likely that whoever is struggling between Craig Breslow, Jerry Blevins, Bobby Cramer or Brad Ziegler will be the recipient of a ticket to Sacramento (each have minor league options remaining).

How should the A's address the defense problems?

In my opinion this is the more pressing issue. Through the first four games the Athletics have committed nine errors, the most in the major leagues.

Kevin Kouzmanoff and Daric Barton have each committed three errors; Cliff Pennington, Brad Ziegler and Brandon McCarthy have each added one error.

The concern obviously lies with the A's corner infielders. Both Barton and Kouzmanoff were among the most solid defenders the A's had last season.

History leads you to believe that both players are just going through a small slump and they will break through.

If their problems continue, the Athletics will need to make a change.

The starting pitching is the backbone of this team, and the A's young starters need a solid defense behind them to protect their valuable young arms from having to throw unnecessary pitches, or from trying to be too perfect because they lack confidence in the defense behind them.

Oakland is committed to Barton at first base, so he will likely be afforded opportunities to prove this was just a bad stretch.

The A's can use Conor Jackson at first base if the need arises to sit Barton while he works through his defensive struggles.

Chris Carter is another option at first base, although he does not represent a defensive upgrade over Barton.

Kouzmanoff is a different story. He had some spectacular plays in the series opener against the Blue Jays, but he appears to be trying to do too much.

The Athletics spent the entire offseason trying to replace him with Adrian Beltre, Edwin Encarnacion and then Chone Figgins.

Andy LaRoche was signed to a minor league deal to compete with Kouzmanoff for the third base job. What I'm saying is that Kouzmanoff is on a short leash.

He had a hot spring and deserved the starting job coming into the regular season. Any prolonged slumps from Kouzmanoff, offensive or defensive, could have Oakland looking to the trade market for a replacement at the hot corner though.

With a surplus of starting and relief pitching, the A's should not have too hard of a time prying a third baseman loose from one of the other 29 teams (back in late January I suggested Scott Rolen—St. Louis does need pitching after all).

My opinion regarding Kouzmanoff, and I certainly could be wrong, is that he is trying to do too much right now to prove his doubters wrong, both in the front office and in the stands.

When he eventually gets out of his own head and starts letting instincts take over, I believe he will return to his steady defensive ways.

(I reserve judgement on his offensive contributions however.)

McCarthy, who was charged with one of the two errors Tuesday night, does not think the defense is a cause for concern:

"I know in the long run, we'll be a sharp defensive team," he told Slusser. "That's not something I'd be too concerned about."

So my fellow A's fans, it seems we will have to be patient for now and give the bullpen and defense a little longer to work through their early struggles.

I'm cautiously optimistic that both will work themselves out and return to strengths rather than detriments, but check back with me in a week to see if my opinion has changed.

Brandon McClintock covers the Oakland Athletics and Major League Baseball for BleacherReport.com. You can follow him on Twitter:    @BMcClintock_BR. 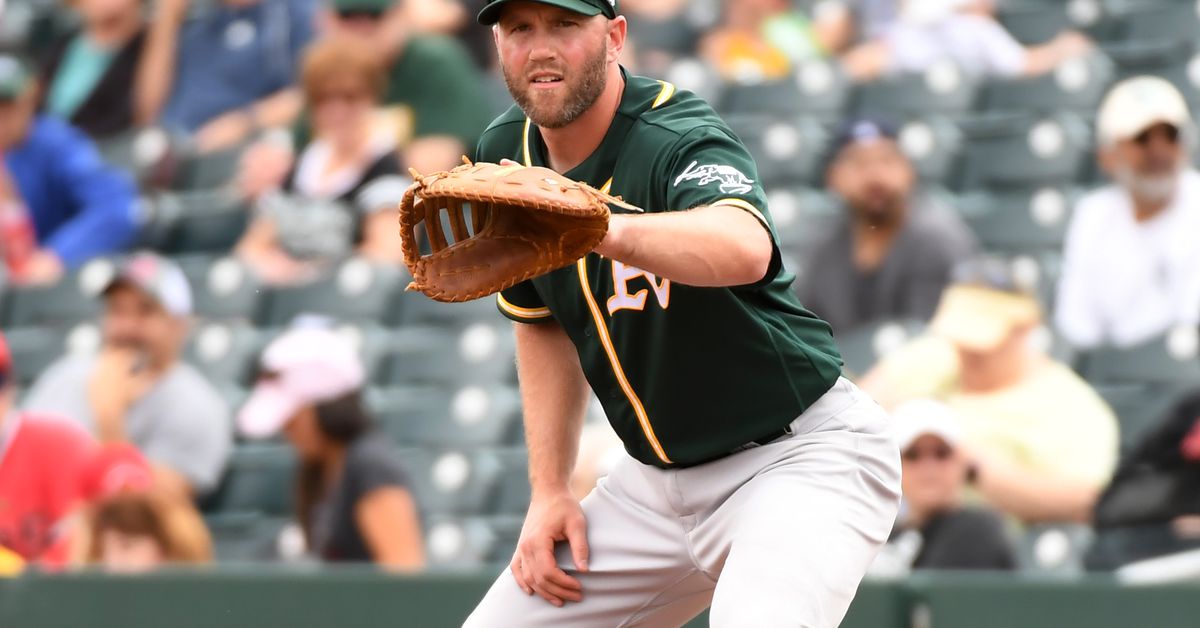