In 1994, a documentary was released that followed the lives of two inner-city Chicago basketball players.

No matter your ethnicity or cultural heritage, -- if basketball were life and the rest just details the film "Hoop Dreams" spoke to you.

Whether they knew it or not at the time, the two protagonists with a jump shot, Arthur Agee and William Gates, were surely influenced in some way by two of the nation's top programs in the four years prior to Hoop Dreams' theatrical release.

In a matter of 48 hours two weekends ago, two documentaries cracked open a time capsule that contained influential stories that shaped those programs. The narratives brought back memories and transported us to the late 1980s and early 1990s, when UNLV and Michigan were on the verge of redefining college basketball.

Jerry Tarkanian's Runnin' Rebels were first on the scene. But unlike today, when you can see dozens of college games each week, UNLV's dominance was unknown to many as it built a dynasty in the desert.

What is hard for many to fathom is UNLV's 1990-91 roster was stronger and more ruthless—with an average margin of victory of 26.7 points per game prior to a stunning loss to Duke—in that season's NCAA tournament national semifinals.

Although Jalen Rose,Juwan Howard, Chris Webber, Jimmy King and Ray Jackson failed to bring a national championship back to Ann Arbor, this cream-of-the-crop recruiting class managed to rattle off a 55-14 record their first two years before players started leaving for the NBA.

From the white T-shirts under their jerseys to the black socks on their feet to marketable monikers of Fab Five, "Plastic Man" Stacey Augmon and "LJ" Larry Johnson, UNLV and Michigan's stamp on college basketball is evident.

So, too, is their unspoken (until recently) rivalry.

In the days following the airing of the two documentaries, blog sites, forums, columnists and college basketball pundits started a firestorm by needing an answer as to which team was better. 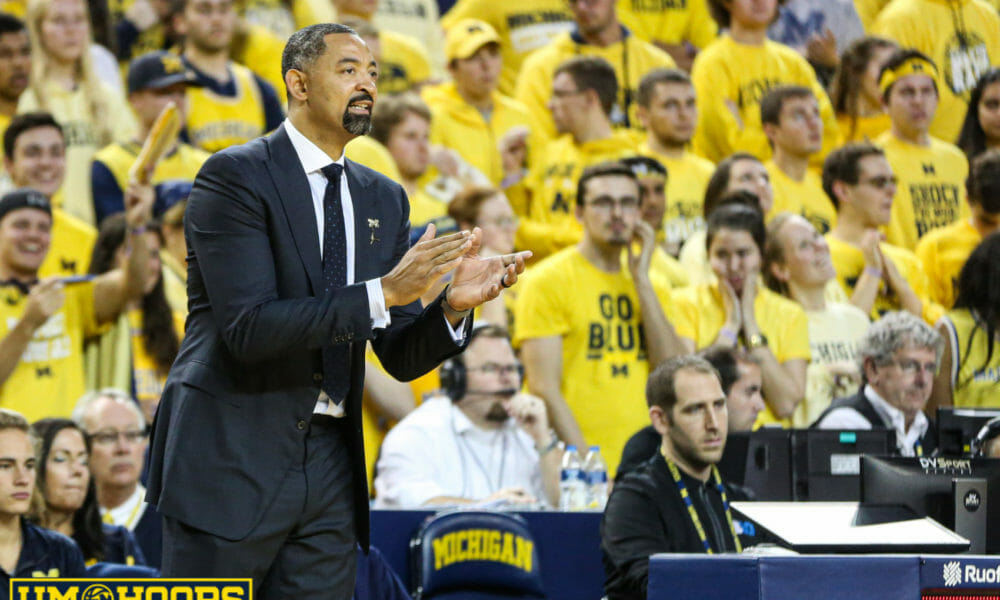