I grew up just outside Motown, during a time when the Detroit Tigers, much like the local economy, toiled to stay afloat in the midst of global change. This was the late-1990s.

Dying a slow, painful death were glorious days when young men and women, fresh from high school graduation, could immediately deploy to bustling steel mills and factories and thus work toward comfortable retirement under the mighty union umbrella. For those lucky enough to reach retirement, it was, to quote Charles Dickens, “the best of times.” But for those who began to lose their jobs in the face of factories moving overseas, it was the worst of times.

For the latter, wintertime sometimes proved a miserable experience for those facing that reality. And sadly for some, it sparked the rot and decay of once-happy neighborhoods, planted near the same dying factories that once built this great nation.

Also nearing the end of its grandeur at this time was the ever iconic Tiger Stadium.

Growing up, this great white palace at the corner of Michigan and Trumbull was my slice of heaven. My first memory at this patron saint was in 1984. I was five years old, and the Tigers were playing the San Diego Padres in Game 5 of the World Series.

Being five, I only remember two things from this game. First, Tigers catcher Lance Parrish dropped an autographed baseball into my older sister’s cupped hands before the game. Second, and most strikingly, I remember 50,000-plus Tigers fans, arms raised with confidence and going absolutely berserk with cheer, causing the concrete beneath my Velcro-secured shoes to tremble.

Little did I know at the time, but Kirk Gibson and Lance Parrish were the two players who sparked the commotion by hitting mammoth home runs for the winning hometown team. For Gibson, this would not be the last time he would deliver a dramatic, clutch, wall-clearing shot during a World Series game.

For me, this would not be my last game at Tiger Stadium. For a then-left-handed outfielder hooked on playing baseball and collecting my favorite heroes on cardboard with friends, I always relished the opportunity to walk across red brick streets to get to this old ballpark with blue steel interior.

But most nights when we could not get to the stadium, I tuned the AM radio dial to WJR, flagship station of the Tigers, and home to one of baseball’s most memorable voices—Ernie Harwell.

Yet both men also provided something missing from announcing these days. Sometimes Harwell and Carey would say nothing at all between pitches. They would just let the sounds of the ballpark do the talking, which when listening to the radio, sparked the imagination.

"Get your hot dogs!" a vendor hollered, amidst a sea of thousands of fans conversing between pitches.

"Popcorn...popcorn...Get your popcorn!" barked another vendor, just before the thwack of the bat and the roar of the crowd conquered the airways.

Sometimes my friends and I would mimic Harwell’s most common expressions, while playing wiffle ball in the back yard each summer.

“Back to the wall, he’s looking; he’s looking…LONG GONEEEEEE! A home run by (fill in the blanks),” Harwell used to say.

“He stood there like the house by the side of the road and watched it go by,” Harwell also used to say, referring to players who struck out looking.

Little did I know until after Harwell’s recent death, that it was he who called Bobby Thompson’s “Shot Heard ‘round the World." Nor did I know he was the only announcer in baseball history to be traded for a player.

Sadly after 1987, the Tigers slipped into despair. While power-hitting became the home team’s strength during the next decade, lack of pitching proved the team’s vice. Leadership proved a revolving door between pizza shop owners, and outrage amongst fans in a down-turning economy became the norm. Losing games by football scores proved frustrating for Tigers fans coming off a decade elevated by pitchers like Jack Morris, Dan Petry and Willie Hernandez.

As a teen, my friends and I frequented Tiger Stadium. But by this time, the magic of the ballpark had all but vanished.

Talk of a new stadium in town had gained locomotive-like steam, and after years of losing seasons, Tigers fans had all but given up hope.

Not having much money to spend, my friends and I always went to the ticket box at the stadium and bought the $5 tickets. This enabled us to sit in the cheap seats in center field, where the sunshine stormed human skin.  It was from the confines of these seats perched high above the field, where we would root for Cecil Fielder, and an aging Alan Trammel and Lou Whittaker—all the while heckling visiting center fielders.

“Watch out for the pole!” we used to yell, trying to distract opposing outfielders from catching deep fly balls, as they raced toward the American flag pole that lie in play on the 440-foot warning track in center field.

There was always something about that pole that made center fielders think twice about going all out. In football context, the pole was like Ronnie Lott and outfielders were opposing wide receivers. You can go ahead and catch that ball across the middle, but you may receive ruthless punishment by doing so. Too bad Tigers players seemed to run into that thing during those days more often than their opponents.

Regardless of the Tigers struggles during this time, Detroit remained a strong baseball town.

And every mid-February, when spring training emerged, a key point in the lives of baseball fans in metropolitan Detroit occurred.

While hallowed Michigan ground was still frozen, and leafless tree branches swayed in blustery winds, shades of green began to reveal themselves. Every few days the sunlight warmed the tundra just enough to tell the human spirit the boys of summer would be coming home soon.

Joining the sunlight was Harwell, who began each inaugural spring training broadcast by reciting the "Song of Solomon":

"For lo, the winter is past,
the rain is over and gone;
the flowers appear on the earth;
the time of the singing of birds is come,
and the voice of the turtle is heard in our land.”

To many young, scrappy, testosterone-driven ballplayers, Harwell’s recital marked higher headquarters submission of official marching orders to baseball coaches throughout the state to prepare their legions for bat-and-ball battle.

For fans in a town decimated by economic injury, this time of year marked a new sense of hope—a sense of vigor previously trapped beneath winter’s ice, that this year was the year the Tigers would, much like the city, one day lick their wounds and rise from wild ground to recapture their once-prominent perch in the world.

And though Tiger Stadium has passed into the hallows and Ernie Harwell has passed through the valley of the shadow of death, the Tigers have risen from the ashes of their demise to a point where the perch is in sight. With citizens' faith, honorable leadership and a newfound sense of commitment, the City of Detroit may one day catch up with the Tigers. 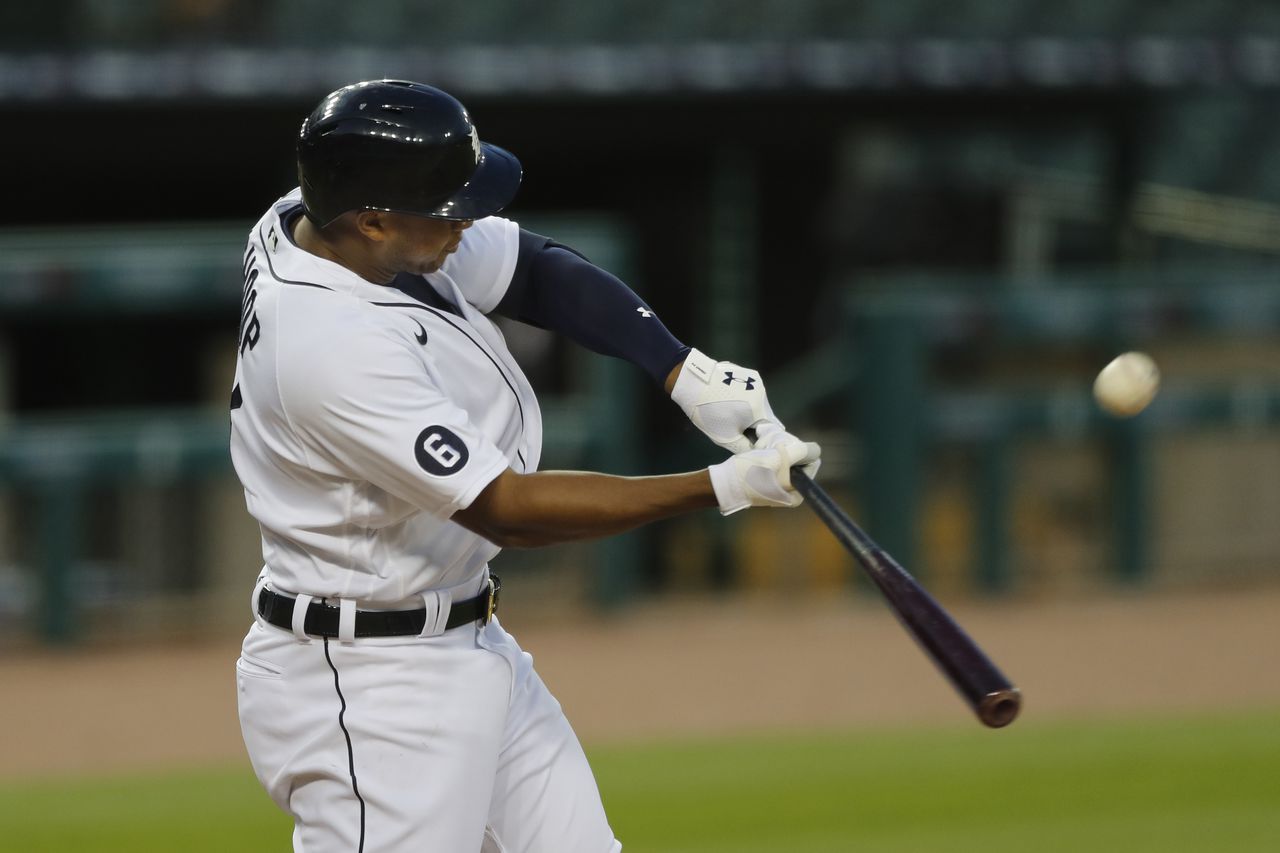 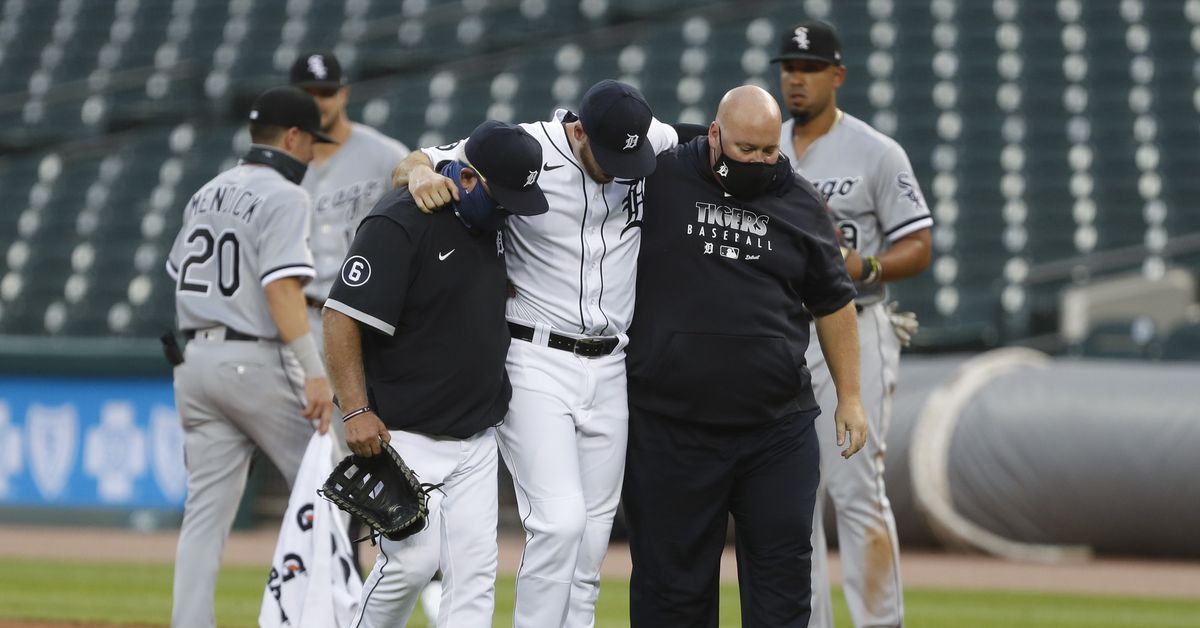 Ashley MacLennan
via Bless You Boys