Pittsburgh Pirates: Five Minor Leaguers That Could Make an Impact in 2011 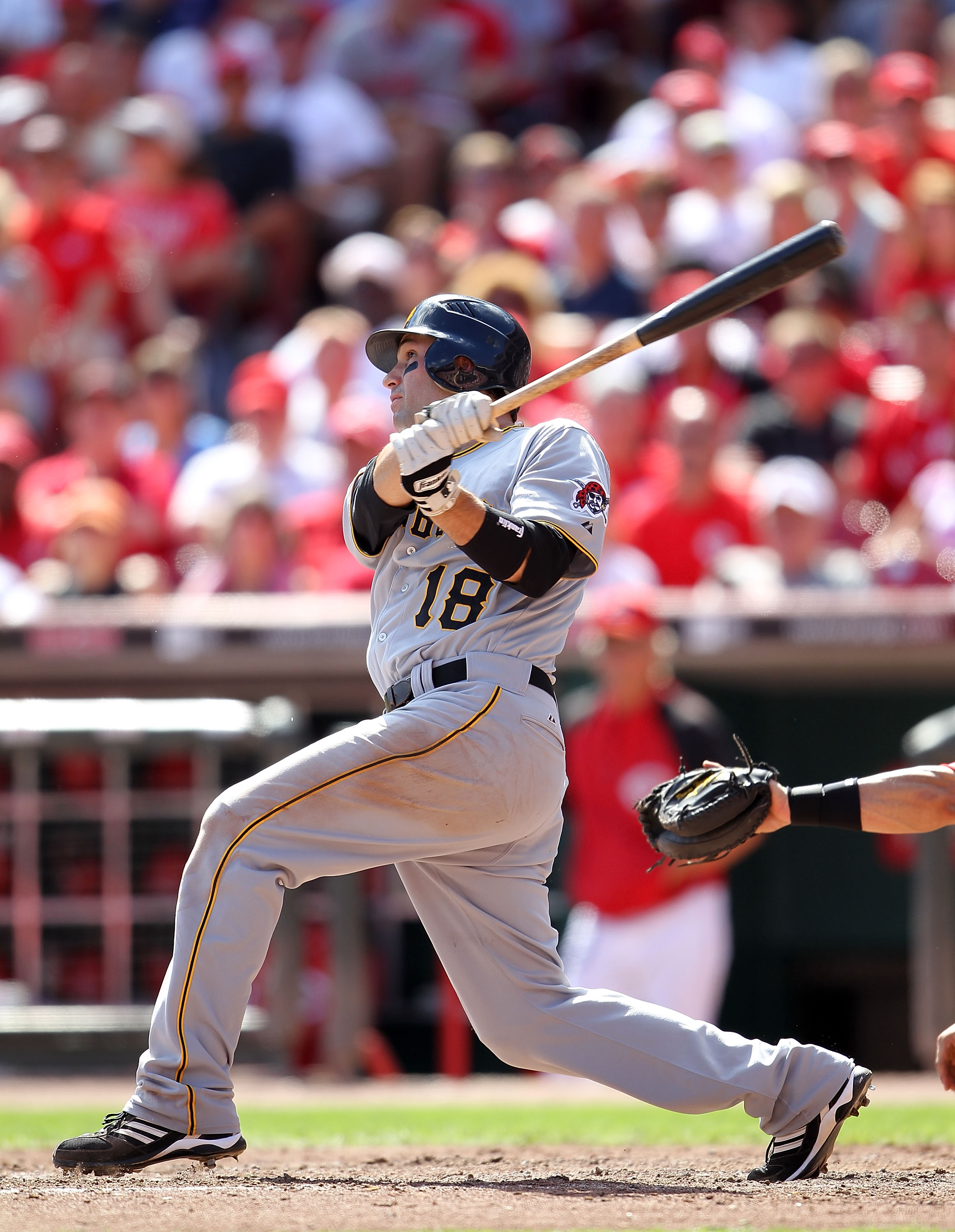 Neil Walker exploded on the scene after being called up from the Indianapolis Indians in 2010.Andy Lyons/Getty Images

Three names Pittsburgh Pirates fans have probably been familiar with for the years leading up to their major league debuts in 2010.

Whether it has been through trade or by evaluating talent and drafting the appropriate player, the Pirates have amassed some talent once again in their farm system.

While some prospects are multiple years away from making an impact at the major-league level; others are primed to make their names known to the fans at PNC Park and around the city of Pittsburgh.

The prospects will not emerge as stars from day one, but they will find their niches on a struggling Pirates franchise. Combine the young nucleus that has leaked its way onto the Pirates opening day roster, with these five talented minor leaguers, and there may be a light at the end of the tunnel for Pirates players, management and faithful. 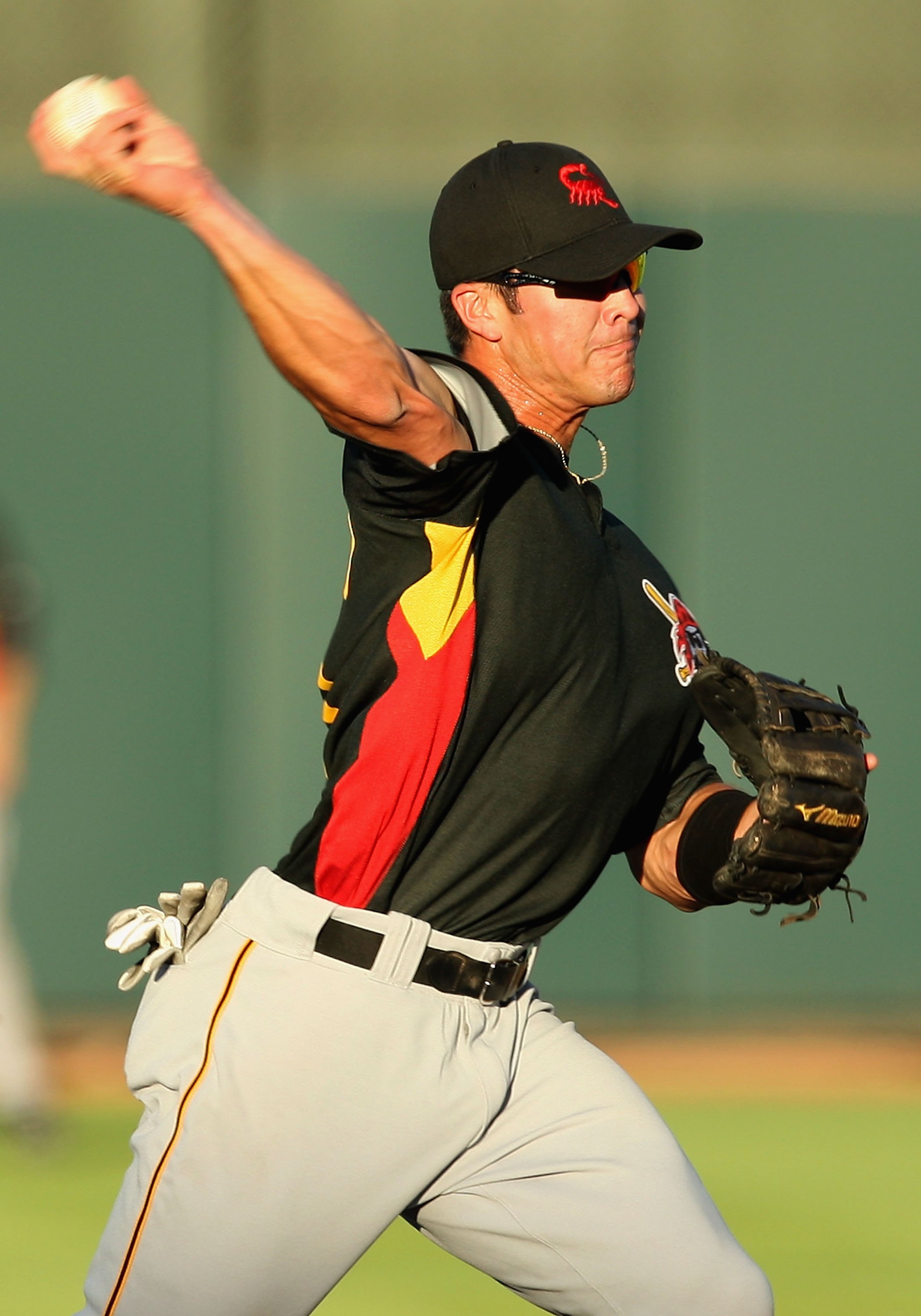 With Ronny Cedeno drawing frequent criticism for his inconsistency, the door could be open for a young shortstop like Chase D'Arnaud.Christian Petersen/Getty Images

Chase D'Arnaud spent much of 2010 as the starting shortstop for the Pittsburgh Pirates Double A affiliate, the Altoona Curve.

While struggling defensively, 28 errors on the season, D'Arnaud still looks to be the shortstop of the future for the Buccos. D'Arnaud, despite his uncharacteristically bad season fielding, is viewed as an above-average fielder who can also play a little second base and third base if the situation were to present itself.

With new manager Clint Hurdle preaching the need to be aggressive on the basepaths, D'Arnaud could prove to be another asset to go along with roadrunners Andrew McCutchen and Jose Tabata. D'Arnaud has stolen 78 bases in his three minor league seasons.

While his power at the plate has yet to develop, 14 HRs over three seasons, D'Arnaud does possess a .270 career minor league batting average.

In order for D'Arnaud to get a chance at the major league level in 2011, he will have to prove to the management his .247 batting average and 28 fielding errors in 2010 is a thing of the past.

He will most likely start the year with the Curve once again, but with a hot start he should be in Indianapolis before too long with Pittsburgh on the not-so-distant horizon. 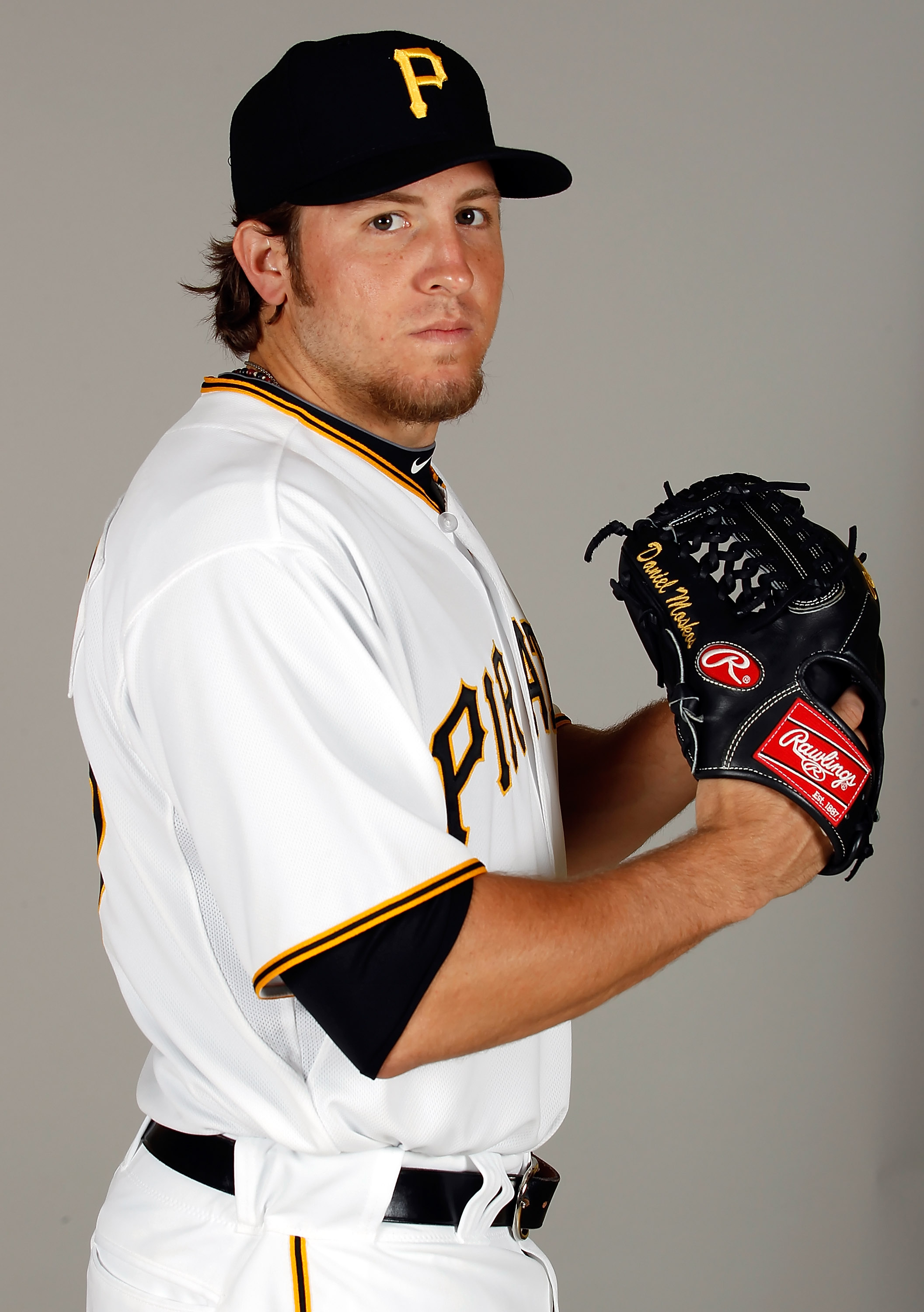 Daniel Moskos has been under the watchful eye of Pirates faithful after being drafted ahead of the likes of Matt Weiters and Jason Heyward in 2007.J. Meric/Getty Images

Pittsburgh Pirates fans seem to equate the name of Daniel Moskos with a feeling of negativity, contempt and lots of eye-rolling.

Pirates fans do have an argument.

Yes, in 2007 Moskos was drafted fourth overall by Dave Littlefield and the Pirates management, ahead of the likes of Jason Heyward and Matt Wieters.

However, while not realizing the potential of what one would hope from a top-five draft pick, Moskos has carved out his niche in the Pirates minor league system.

Moskos would eventually get the call-up to Triple A to play for the Indianapolis Indians but would not fare nearly as well, going 0-5 with a 10-plus ERA, and would eventually be sent back down only to return to lights-out form in Double A.

Moskos probably will never be what Pirates fans envision as a top-five draft talent, but he could be a valuable commodity in 2011 in a bullpen in grave need of some lefty help. With his fastball touching the mid-90s coupled with a hard, sweeping slider, Moskos could see his share of time with the big boys in 2011. 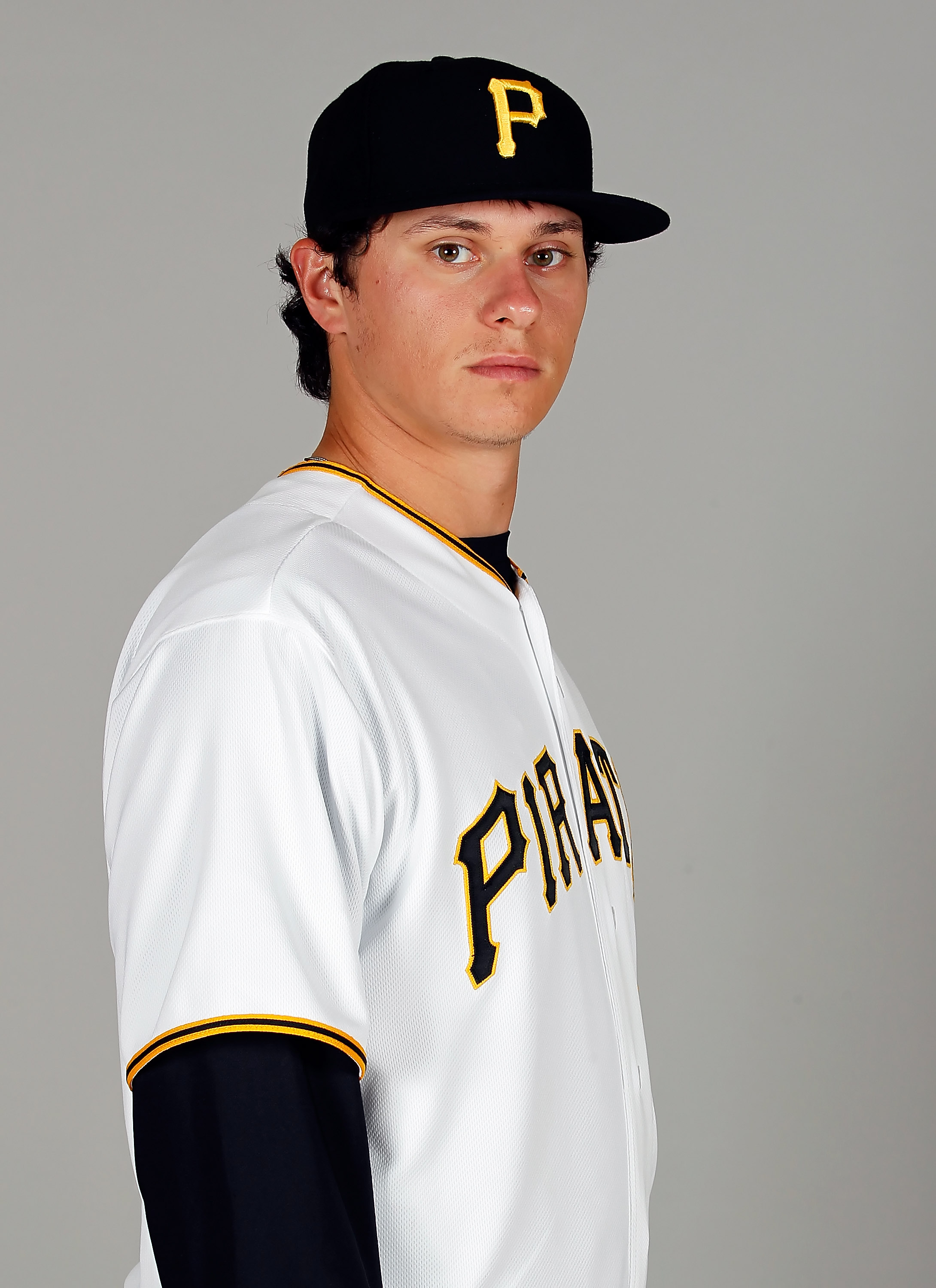 When Jeff Locke was brought over from the Atlanta Braves as part of the deal that saw Nate McLouth shipped to Atlanta, Locke was the little-known seventh best Braves prospect.

Since his arrival, Locke has impressed Pirates management and Pirates fans as a name to pay attention to in the very near future.

With a career 3.89 ERA in five minor league seasons, the left-handed Locke has been a consistent presence on the mound throughout his career.

While splitting time last season between High A and Double A ball, Locke posted a 12-5 record with a 3.56 ERA.

Locke is a groundball pitcher with a fastball topping out in the low-90s, a plus curveball and a changeup that is continuing to progress. While Locke will probably start the season in Double A, a fast start could get him a quick promotion and an eventual call-up to Pittsburgh sooner rather than later. 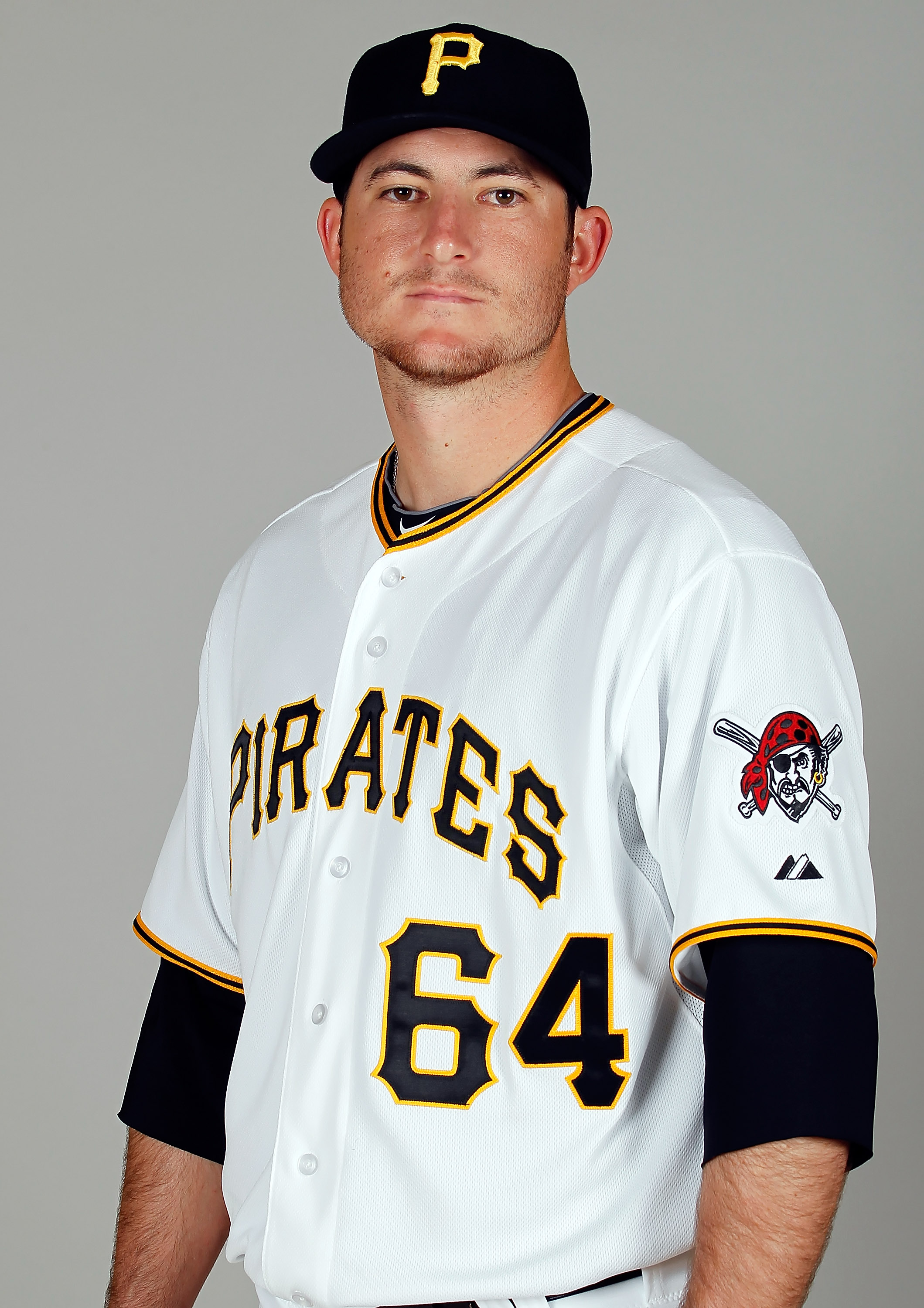 The youngest player acquired in the Jason Bay trade, Morris is the Pirates last glimmer of hope for a positive turnout from the firesale trade.J. Meric/Getty Images

Bryan Morris is the last glimmer of hope for the Pittsburgh Pirates management to see a positive return on the trade that left Jason Bay packing his bags, and Andy LaRoche, Brandon Moss and Craig Hansen arriving in Pittsburgh along with Morris.

Morris was the youngest player the Pirates acquired in that deal and still is viewed as a player with a high ceiling for the Pirates in the recent future.

While some debate on whether Morris' future lies in the starting rotation or the bullpen one thing is clear, Morris has a future on the Pirates big-league roster.

In 2010, Morris compiled a 9-4 record with a 3.03 ERA while splitting time between High A and Double A baseball. With a fastball that touches the mid-90s along with a plus curveball, Morris seems to be a changeup away from being a potential upper level starter.

Morris will most likely begin the season in Triple A Indianapolis, as the Pirates wait patiently for Morris to assume a role in the Pirates' pitching future. Whether it is starting games and looking for a lead, or coming in late to seal leads, Morris will have a bearing on where the Pirates go in the future. 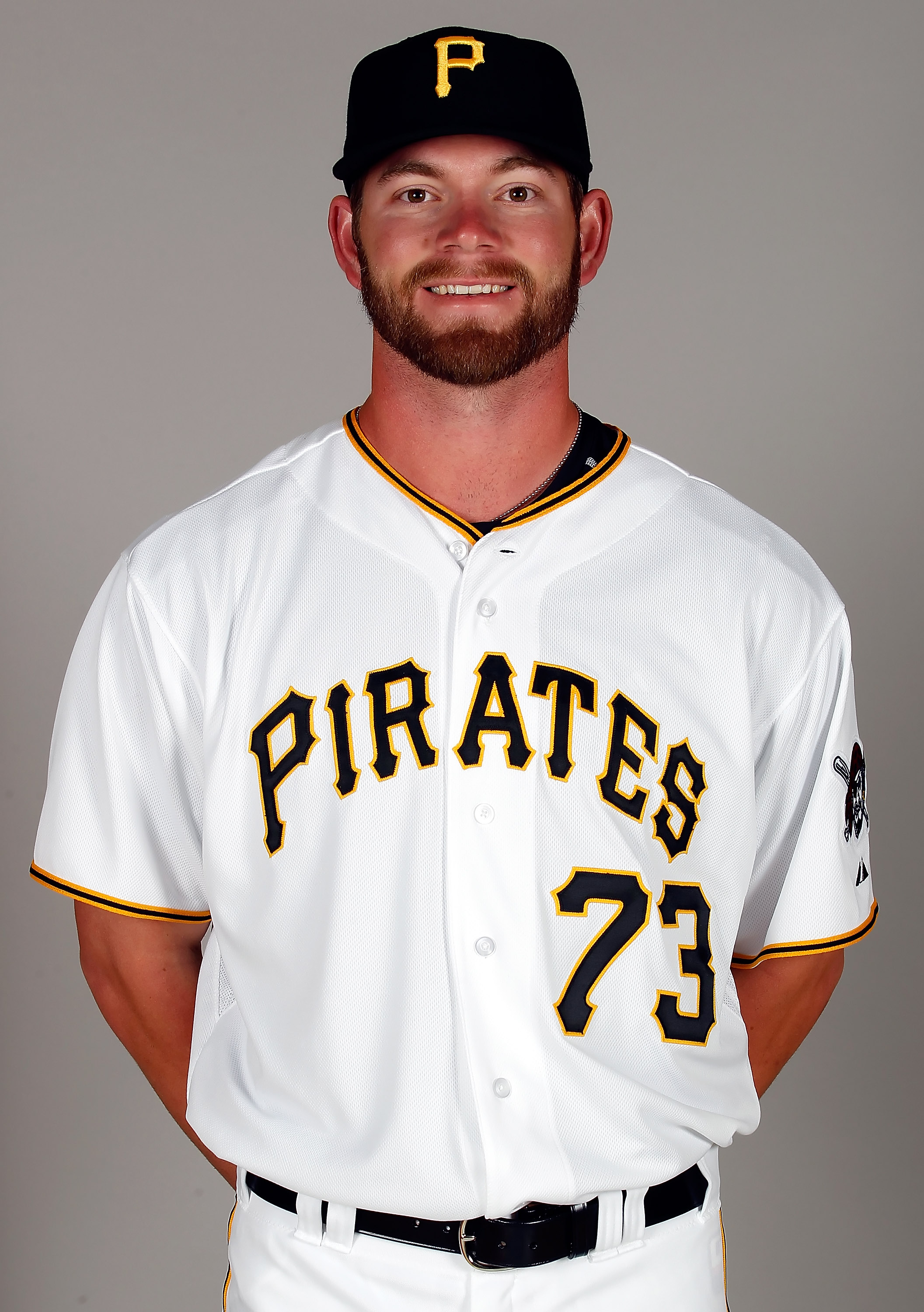 After winning Minor League Pitcher of the Year for two consecutive years, Rudy Owens will look to take his talents to the big-league level in 2011.J. Meric/Getty Images

Rudy Owens, drafted in 2006, has gone from a forgotten 28th round draft pick to the Pittsburgh Pirates Minor League Pitcher of the Year for two consecutive seasons.

Through those two seasons, 2009 and 2010, Owens had a combined record of 23-8 with a 2.28 ERA.  Combine the lack of runs allowed with his excellent control, 274 IP and 40 BB over those two seasons, and Owens looks like a sure-fire, can't miss prospect for the Pirates.

While some would argue that Owens is mostly finesse and that he won't be able to miss enough bats at the major-league level in order to be successful, the numbers are hard to ignore.

Owens shows the ability to beat hitters with his fastball on two-strike counts, something that most finesse pitchers won't even attempt to do.

With a fastball that sits in the low-90s, a good changeup and an above average curveball, Owens looks to have all the tools of a quality pitcher for the Pirates in 2011.

Owens will start the year in 2011, but with another good start it will be difficult for Pirates management not to hear him knocking on the door.