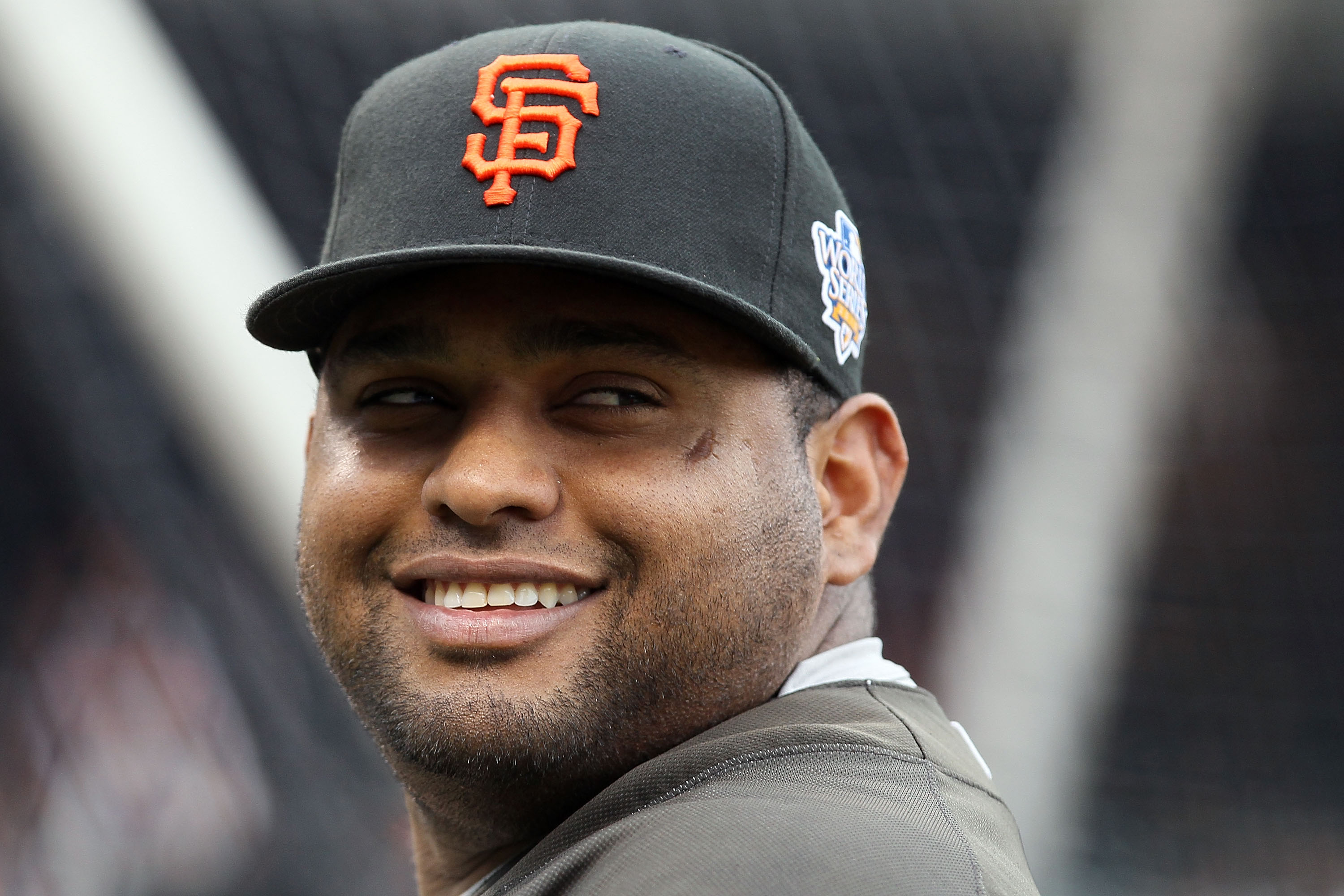 “Athlete” and “in shape” are often thought of as going together. It's part of the requirement, right?

You can't be one without the other.

Unless, of course, you are a major league baseball player. Then being fat is okay.

Maybe it's part of the appeal millions of Americans still have to what was once the national pastime, but baseball is a sport that can be played by the short or tall, fast or slow and in-shape or out of shape.

However, some players have taken the inherent advantage of being able to coast to a whole other level. There are some diamond stars that believe it's not just about what you do on the field, but how much you can eat off of it.

Maybe it's the constant travel, or the need to unwind before and after the games, but these 25 players could use a little more time at the gym. 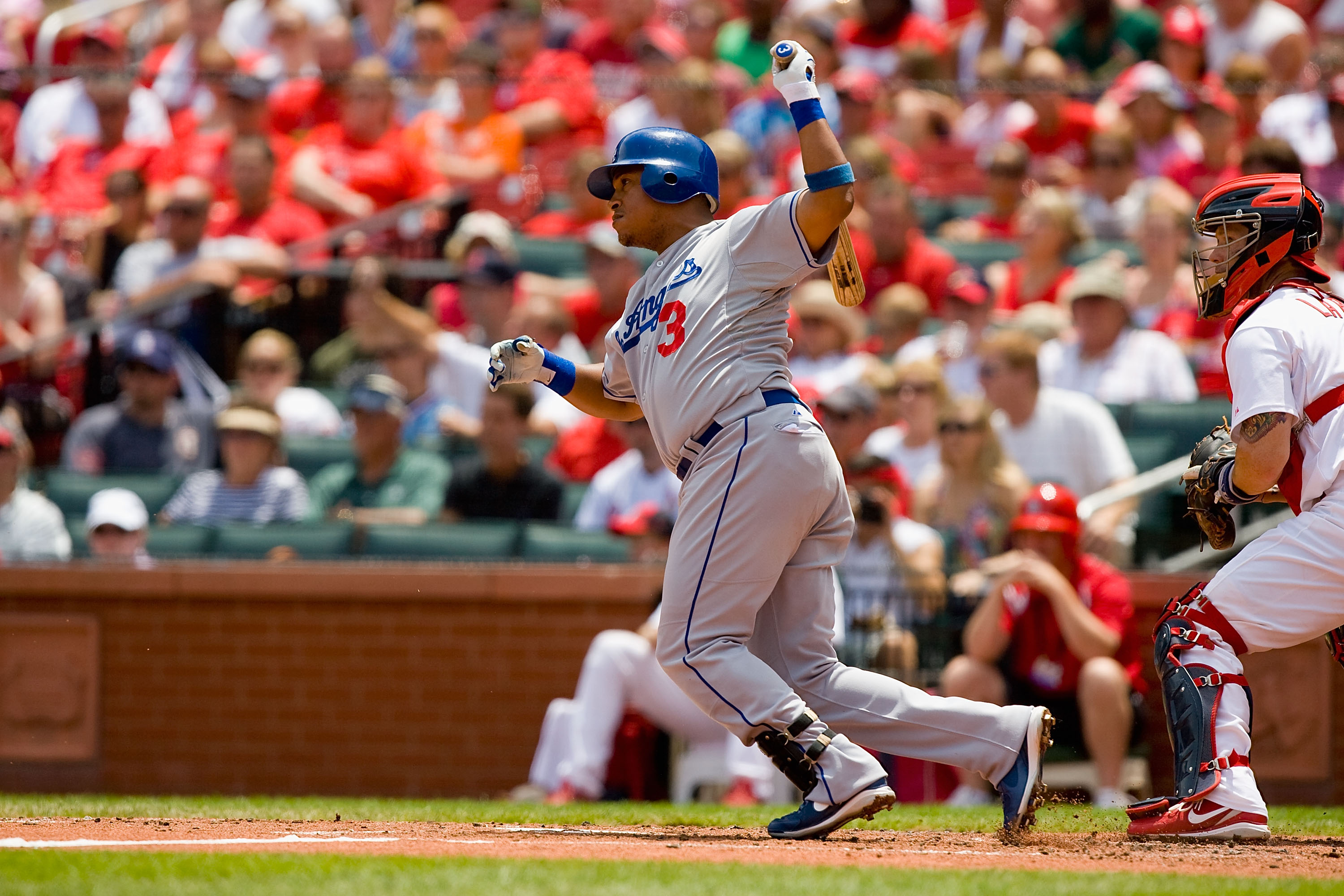 Maybe his lack of conditioning is affecting his on-field performance. He hit a paltry .216 last season.

Belliard is a free agent. I'm not sure that he's going to get picked up unless he shows he knows where the weight room is. 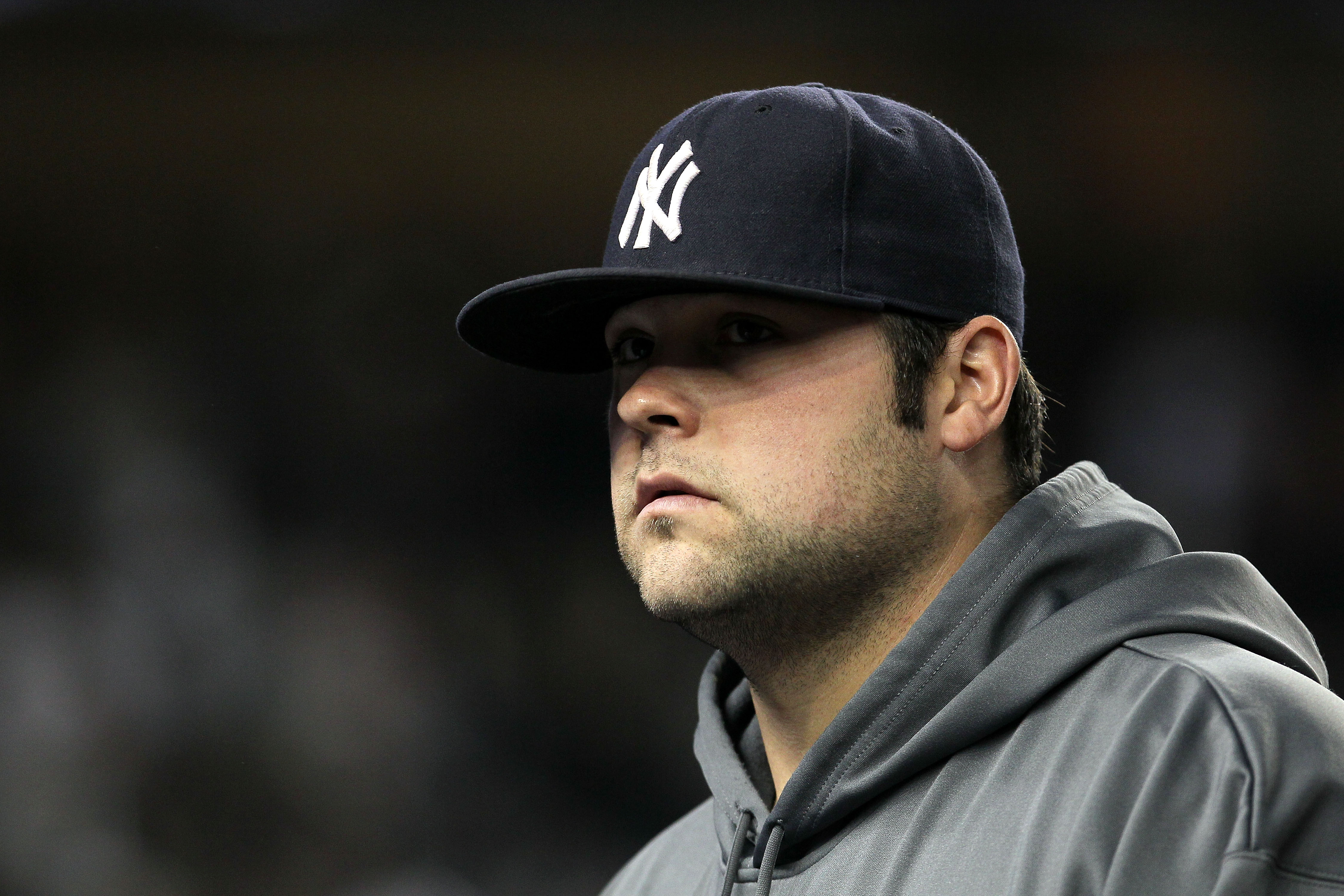 Joba is pushing it in the weight department. You can always tell how good a guy takes care of himself in the face...and Joba's face tells it all.

Joba seems to keep moving between the starter role and the bullpen. Maybe all the stress is making him eat more. 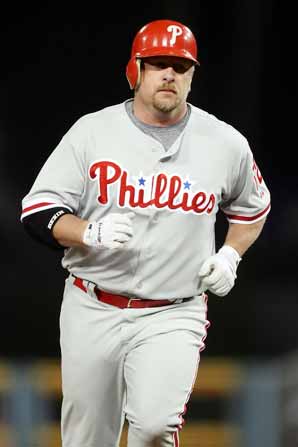 They say that the older you get, the more important it is to stay in shape. Many athletes have gotten the memo, but Matt Stairs isn't one of them. 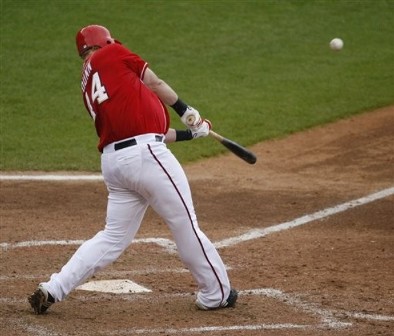 Players in the locker room say that Adam Dunn is a great teammate, but that might have more to do with his taste in food than it would be his demeanor.

While food, or his apparent lack of serious conditioning, hasn't seemed to affect him on the field, he just better hope with a four-year, $56 million contract that it doesn't start now.

Chicago isn't very kind to out of shape athletes. 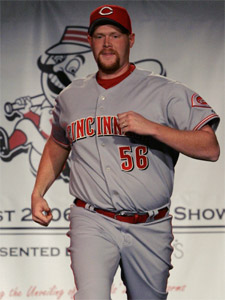 Being 245 pounds gives Coffey a lot of weight to carry around and it could attribute to his poor 2010 campaign.

It never hurts to get down a few pounds. I'm sure Coffey would like to see both his weight and ERA come down. 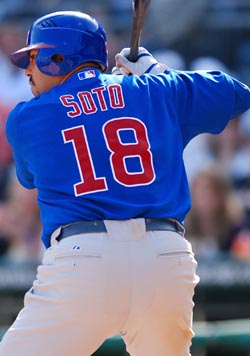 Here's another guy who had to lose 40 pounds just to not be considered fat anymore, and yet he's still at 220 pounds.

After a great rookie season, and a terrible sophomore slump, Soto brought the weight down, and recaptured much of the magic that he had his rookie year.

Working out really does make a difference. 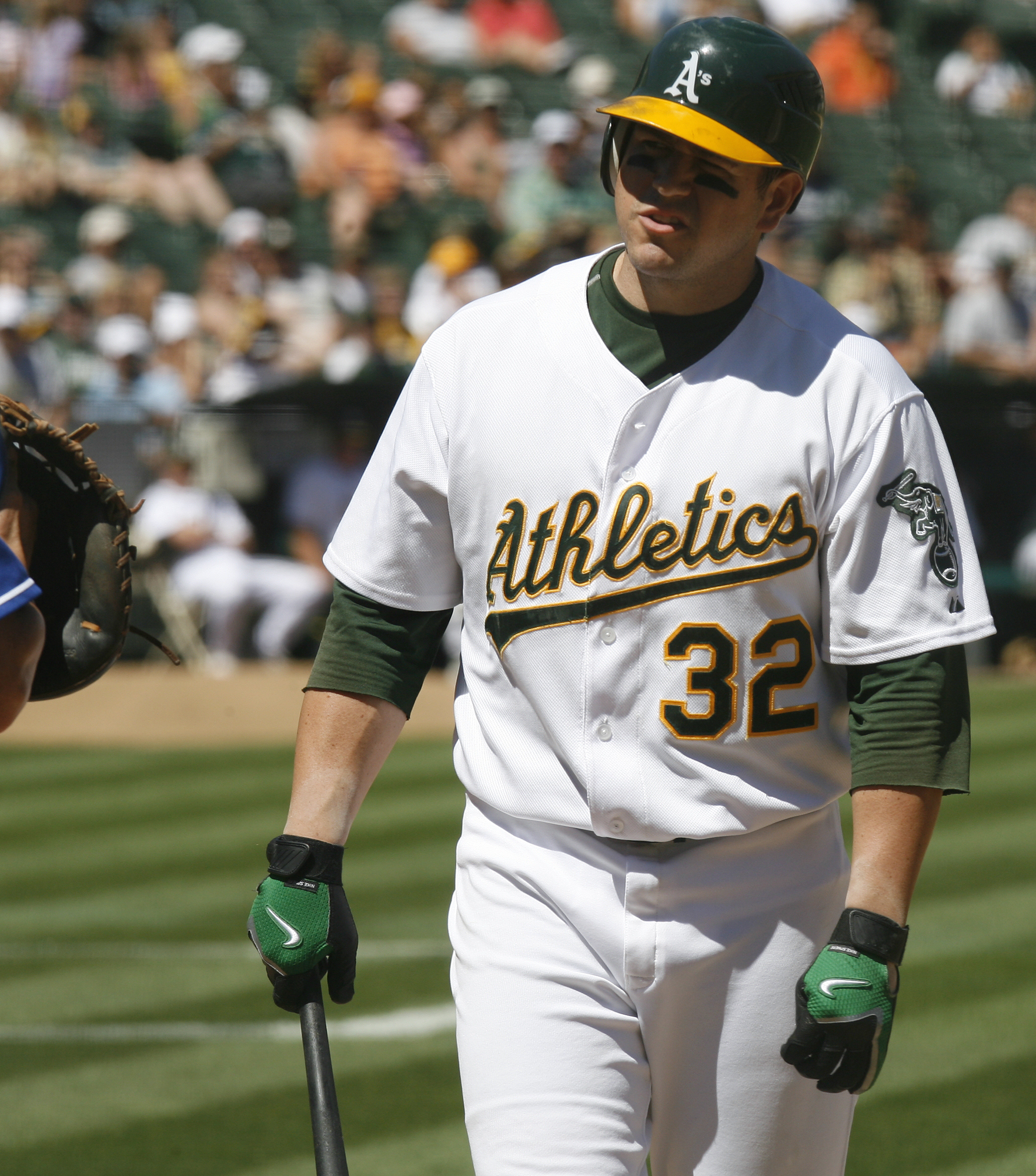 Jack Cust has been known as a power hitter, but last year he only managed 13 home runs in 112 games.

He's not exactly providing the pop the Athletics have wanted. Maybe it's because his weight (235) is nearing his lifetime batting average (.245). 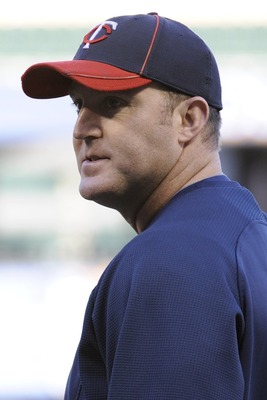 Jim Thome is often referred to as “country strong.” That's usually a nice way of saying that his overweight body hasn't affected his play—and there is some truth to that..

Apparently, that weight is his super power. 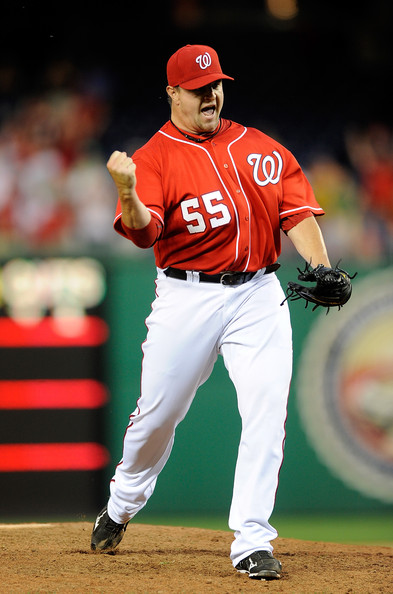 Maybe there is something about pitchers being heavyset that seems to work for them.

Matt Capps is pushing 245 and looks every bit of it, but he managed 42 saves for Washington and Minnesota last season.

It turns out that fat guys really can pitch. 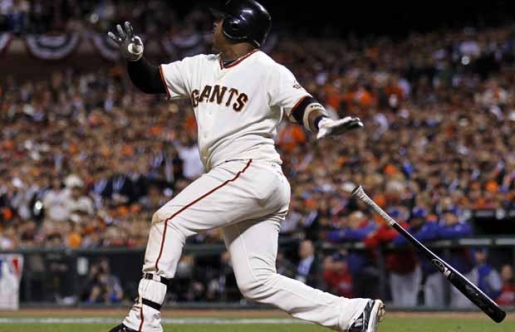 Weighing in at 230 pounds, it's easy to see why Juan Uribe has only played 150 games twice in his career. He might have been a catalyst for the Giants in their World Series quest, but he's also one of the most out of shape shortstops in the game.

At 31, it's hard to imagine that Juan will hit 24 home runs again in a season. Especially if he plays at that weight. 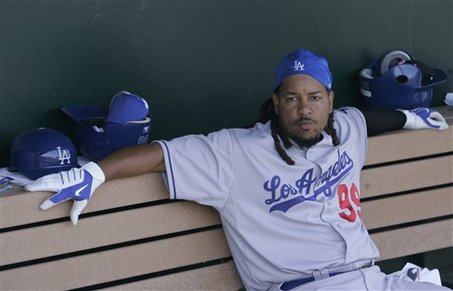 “Manny being Manny” not only sums up the way Manny behaves, but the way he takes care of himself.

You rarely hear stories about Manny working out hard in the gym. This is the same kind of guy that can't bother to cut his hair. But clearly putting a little more effort into his body couldn't hurt his game, which has taken a hit these days.

In the last three seasons, he's had a combined 36 home runs.

That's not “Manny being Manny” at all. 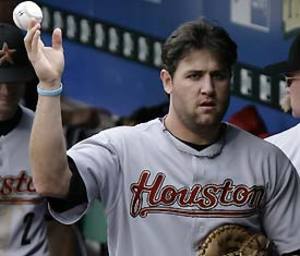 They call him the “Big Puma” and it's not because of his marketing affiliation. Lance Berkman is also known as “Fat Elvis.”

Either way, it's clear that Lance Berkman is known as much for his conditioning, or lack thereof, as he is for his ability.

But his health might be creeping up on him. He's missed 25 games in the last two seasons each...can you guess where he was spending his time off? 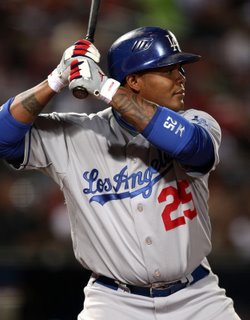 There was a time when half of the MLB would have killed to have Andruw Jones.

Now the Yankees are taking a flier on him. Some of that diminished skill has been due to Jones' lack of conditioning. He's looked more ready for a role as a bench coach then he has as a starting center fielder.

Maybe it's what we should have expected from a guy who was famously pulled out of a game by Bobby Cox for being lazy. 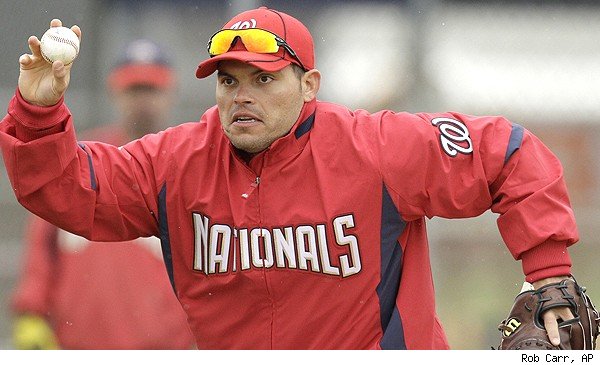 It's tough to say that Ivan Rodriguez has been affected by the weight seeing as how he's had 13 Gold Gloves and an MVP award. It's likely that I-Rod is well on his way to Cooperstown, he just won't be gracing the cover of Men's Health any time soon. 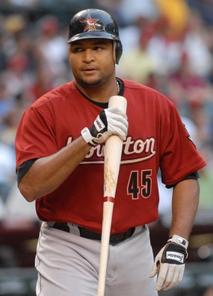 There is a belief in sports that once guys get paid they tend to let themselves go. In the case of Carlos Lee, he is proving that theory right.

Since signing a $100 million contract in 2007, all Carlos Lee has done is pack on the pounds and lay off the production.

Last year, his batting average dipped .54 points to a disgraceful .246. 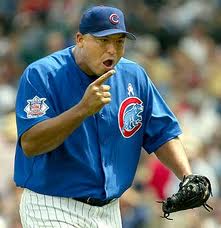 While people will malign the Chicago Cubs pitcher for his borderline insane antics, he should be much more maligned for the way he treats his body. Zambrano has been known to be not just one of the most volatile Chicago athletes, but perhaps the laziest.

His inability to complete his ab exercises landed him on the disabled list in 2009 and since signing his lucrative contract in 2008, his yearly innings have been on the decline each season. 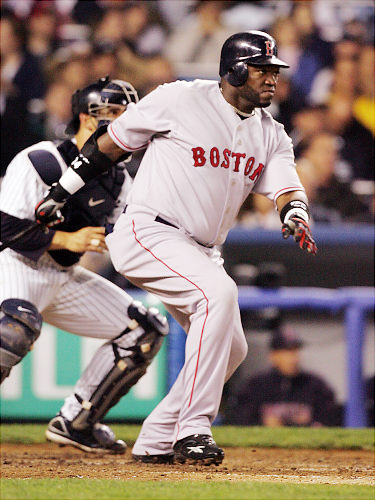 "Big Papi" got that name well before he was hitting round-trippers out of Fenway. The motto used be that David Ortiz didn't move quickly because he only had to trot around the bases.

While Ortiz has had some lean seasons in the past couple of years, they haven't been as lean as you think. He's hit 20 home runs and 80 RBIs or more in each of the last eight seasons.

He might not win any races, but he's got this baseball thing figured out. 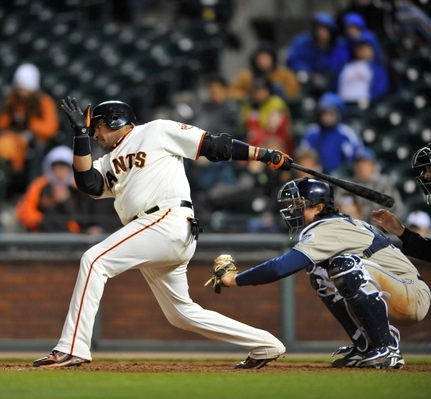 It might be time for Molina to hang up the cleats because it's obvious from looking at him that he isn't all that interested in putting the work in anymore.

It's not to say that his weight and physical condition have always been a problem, but it looks like it's starting to hurt his production.

Last year he finished with a paltry five homers and 36 runs batted in. Not exactly the kind of numbers that gets you a job in the MLB. 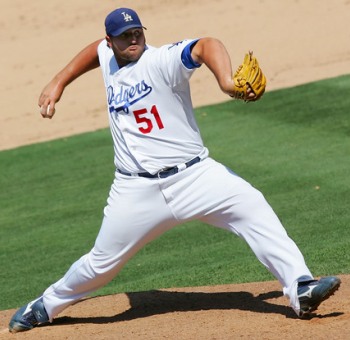 Broxton doesn't have a nickname, but it could soon be “300” if he keeps making it to dinner.

He's currently listed at 295 and something tells me they are being generous.

The only good news about his weight is he can blame his poundage for his 4.04 ERA last season, the highest since his rookie season. 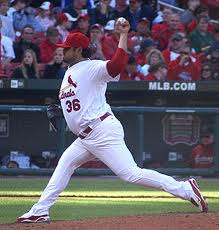 This pitcher tips the scales at 250.

While this journyman pitcher gets fat jokes wherever he goes, he's also well known for getting people out.

Since 2006 he has posted an ERA under 4.00 every season. That's a man who knows how to throw his weight around. 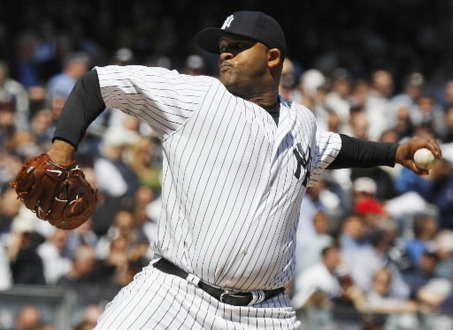 Rumor is that CC had to drop 30 pounds this season to avoid more trouble with his knees. That should indicate just how out of shape he was.

In Sabathia's defense, he's been a work horse, but that's part of the issue.

He's going to need his knees to be healthy if he plans on hurling for 200-plus innings again this season, which is something he's done consistently since 2006. 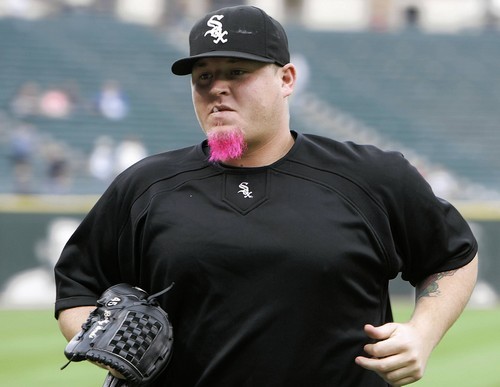 Bobby Jenks has had a career filled with questions about his weight. When he's pitching well he's “strong,” and when he fails he's “fat.”

It's hard to blame his weight on his low numbers the past two years. After all he did close out the 2005 World Series for the White Sox as a heavyset reliever.

However, perhaps the constant weight issue is the reason why his save totals have been the worst of his career for the last two years. 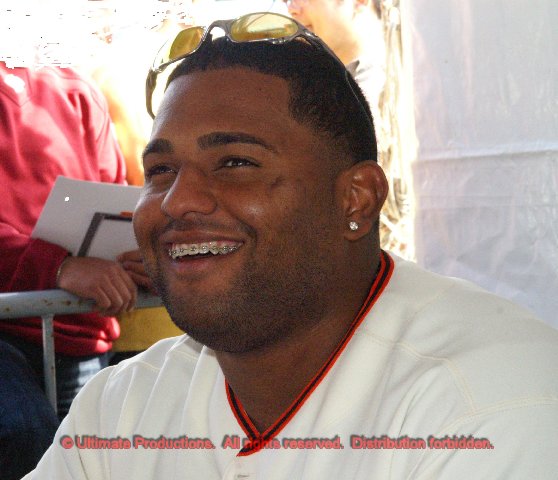 Being in shape is not a requirement to winning a World Series, and if it were, the Giants wouldn't have gotten far with Sandoval.

While, he's an exciting player to watch on the field, he's probably equally as exciting to watch at a buffet. 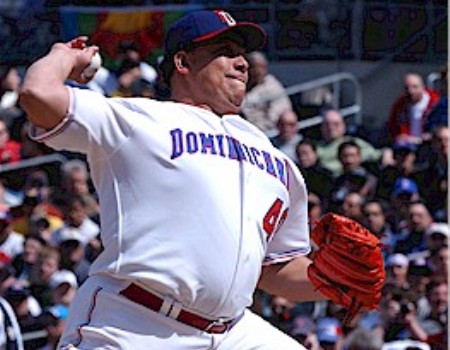 It's hard to say that Bartolo Colon has been affected by his weight because he's been a heavy pitcher for most of his career, but with his recent struggles to stay in the majors, and the nagging injuries that seem to be mounting up, it's likely that Colon will have to get in shape or continue to enjoy eating like he's already retired. 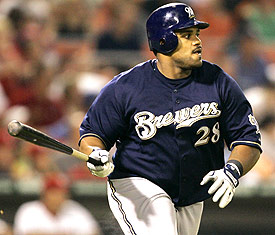 The word on the street is that Prince Fielder doesn't eat meat, but he is certainly eating something.

The Brewers power hitting first baseman is on a tear to put on weight and doesn't show any signs of slowing down. If Fielder is traded this season, he'll have to pass a physical.

Makes you wonder how he'll ever do that.

Those are my 25. If you think someone should be off the list, let me know and tell me who would deserve to crack your top 25.