15 Craziest Accidental Scores of All Time 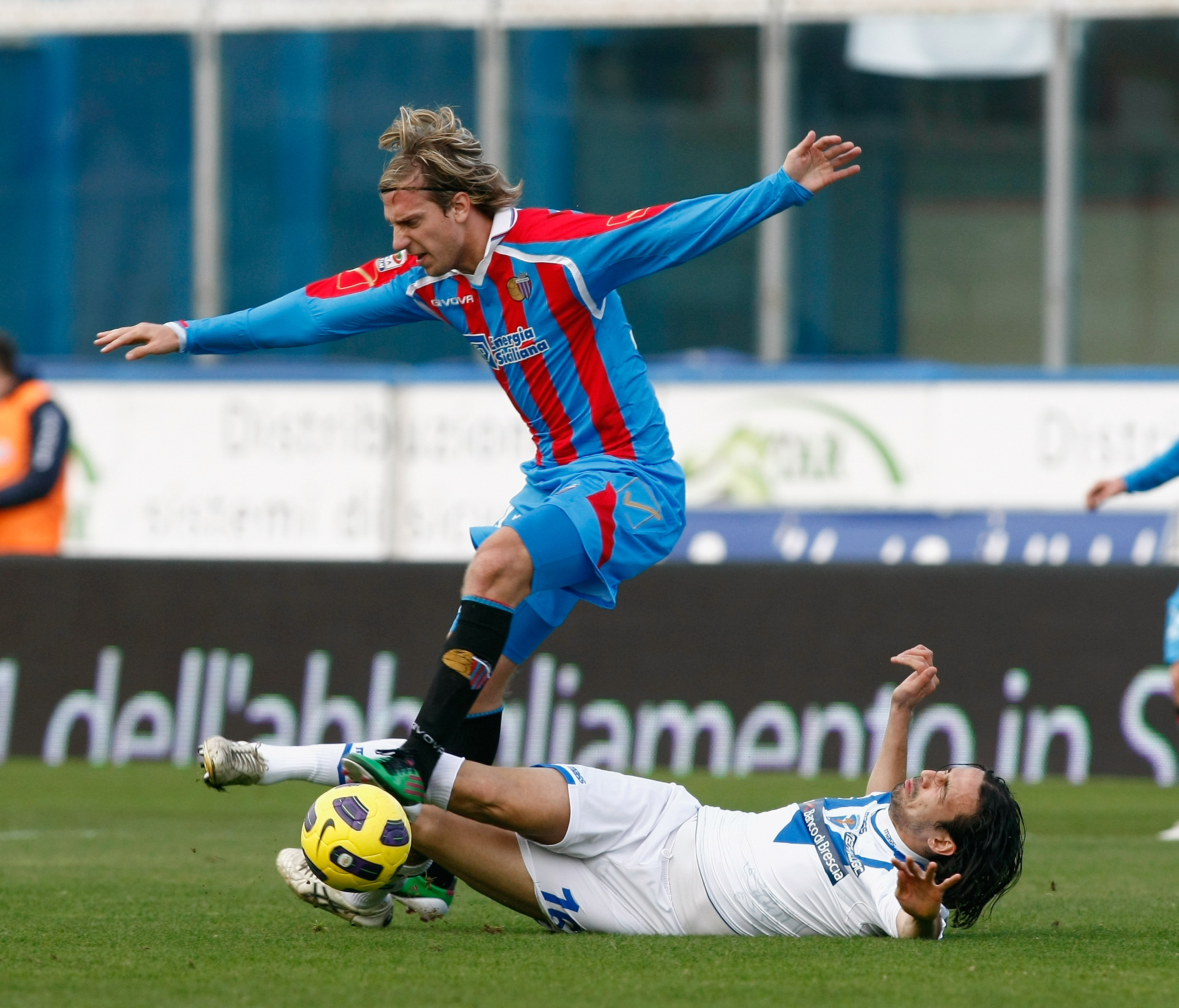 The most amazing moments in sports can sometimes come from the most unexpected plays, actions and chance circumstances.

When these moments, by some freak chance, end up scoring points for a team (like the bounce pass in a basketball game on Jan. 25 that scored a basket) they seem even more incredible and unbelievable. And sometimes they can be downright hilarious to watch.

Here is a list of 15 of the craziest accidental scores.

While this one may not have counted, it was still a crazy accidental shot on goal.

During this soccer game, a stray ball rolls onto the field and ends up knocking a missed shot into the goal.

No. 14 Player Tries to Pass Back to Goalie and Ends Up Passing to Opponent

A typical action, in many sports that involve a goalie, is to pass the puck or ball back to the goalie to get it farther down the field.

In this hockey video, a player is fighting desperately to get the puck and passes back to what he thought was his open goalie. Instead he ended up feeding a perfect pass to an opponent, which allowed the opposing team to score.

No. 13 Goalie Thinks He Blocked The Goal

During a shootout in this Rockford Icehogs game, a player from the Icehogs takes his shot on goal. At first, it seems the puck flew up and over the goal, not scoring any points for the team.

But, as soon as the goalie stands up to walk away, the puck comes soaring back down and slides right in to the open goal.

No. 12 Player Scores Off Head of Opponent

Here is a prime example of the crazy things that can happen when players try to keep a ball inbounds.

In this video, a player takes a shot on the net and misses, but his other teammate is right there to grab the ball before it goes out of bounds.

As he looks to through the pass out, he ends up hitting a player from the other team in the head, which then bounced the ball up and into the net, scoring for his team.

No. 11 Playing off The Other Team

Sometimes an opponent can be in the right place at the right time to help a player’s team score a goal.

In this 2007 video, a defensive player goes to clear the ball from his side of the pitch. As he kicks the ball, it bounces off of a player from the opposing team and goes straight into the goal.

No. 10 Goalie Heads Ball Into Own Net

The goalie in this video accidently helped the opposing team score a goal in this 2009 game.

A player from the opposing team shoots the ball and it goes over the head of the goalie and bounces off of the crossbar.

This would have been fine had it not bounced back off of the head of the goalie and into the goal.

Sometimes in soccer, a goalie might not be able to clear a ball high enough in the air to avoid hitting one of their teammates or an opposing player.

That happened to be the case in this video when a goalie punted the ball and ended up hitting the back of his own player, causing the ball to bounce right back and into the goal.

No. 8 Goalie Takes Too Much Time and Lets Other Team Score

While this video may be more purposeful than the others, it is still an accidental goal on the part of the goalie.

After intercepting a cross, this goalie causally sets the ball down and casually takes his time looking around to see where to pass it. As he is doing this, a player from the other team sneaks up and kicks the ball around him and into the goal.

No. 7 Player on Ground Scores Goal

This video just goes to show that sometimes timing and luck of placement is all one really needs to do well in sports.

In this soccer game, a player takes a shot on goal, misses, and falls to the ground. His missed shot bounces off of the goal post, comes back, hits the head of another player and then goes into the goal.

No. 6 Spastic Save Ends Up in the Net

Players on the court will do just about anything to keep a ball inbounds to give their team another chance to shoot the ball into the net.

In this video, a player desperately grabs the ball and flings it behind his back towards his teammates to do just that. Unexpectedly, the ball circles around and ends up in the net!

Here is another example of how a missed shot can be turned around into a goal just by chance.

No. 4 Out-of-Bounds or the Perfect Score?

Here is yet another amazingly lucky save that ended up scoring this NBA team a couple of points.

As the player reaches to keep the ball inbounds, he ends up throwing the ball back towards the court towards his teammates.

However, his throw arches in just the right way so that it ends up in the net.

In this crazy accidental goal situation, a goalie saves the ball from being shot on his goal. As he goes to clear the ball back down the field, he ends up hitting an opposing player in the back of the head, causing the ball to bounce back into the goal.

No. 2 Player Tries to Bounce but Ends Up Scoring

Sometimes, players can hit the ball on the floor at just the right angle to make great things happen.

That was the case in this video when a player attempted to bounce pass the ball to a teammate, but instead bounced the ball in such a way that it arced right up into the basket.

No. 1 Player Does It With His Butt

In this ultimate example of an accidental goal, a player goes to clear the ball downfield, but ends up falling right before he is able to kick the ball.

However, as he falls, he falls right on top of the ball at such an angle that the ball shot out from under him and went into the goal.