Green Bay Packers: The Key Reasons Why They Are Super Bowl XLV Champs 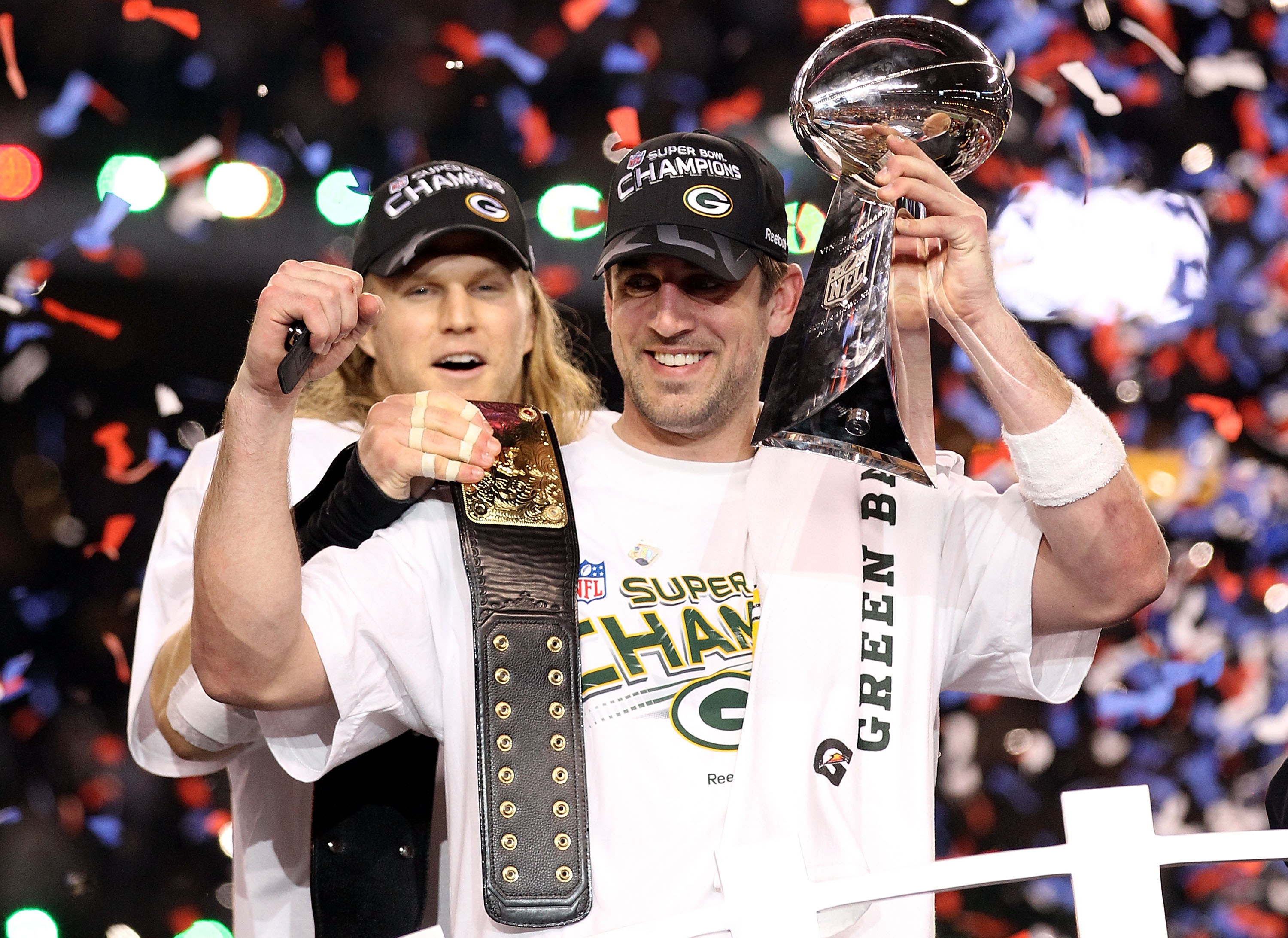 The Vince Lombardi Trophy is coming home to Green Bay.   The Packers defeated the Pittsburgh Steelers 31-25 in a game that was not as close as it needed to be.  Trailing by 18 points in the first half, the Steelers had a chance to win with Ben Roethlisberger having the ball in his hands in the final two minutes.

Two years ago, the Arizona Cardinals could not stop Big Ben when he led his offense down the field.  However, he went into the night much more quietly this time around with the drive coming to an end after an initial first down.

With the final dropped pass came a championship for the Packers, something many felt was not possible after they lost to the Detroit Lions nearly two months ago.  None of that matters now though, as Green Bay will soon depart Dallas for home, with the Lombardi Trophy coming with them.

Here are the key reasons why the Packers are going home champs. 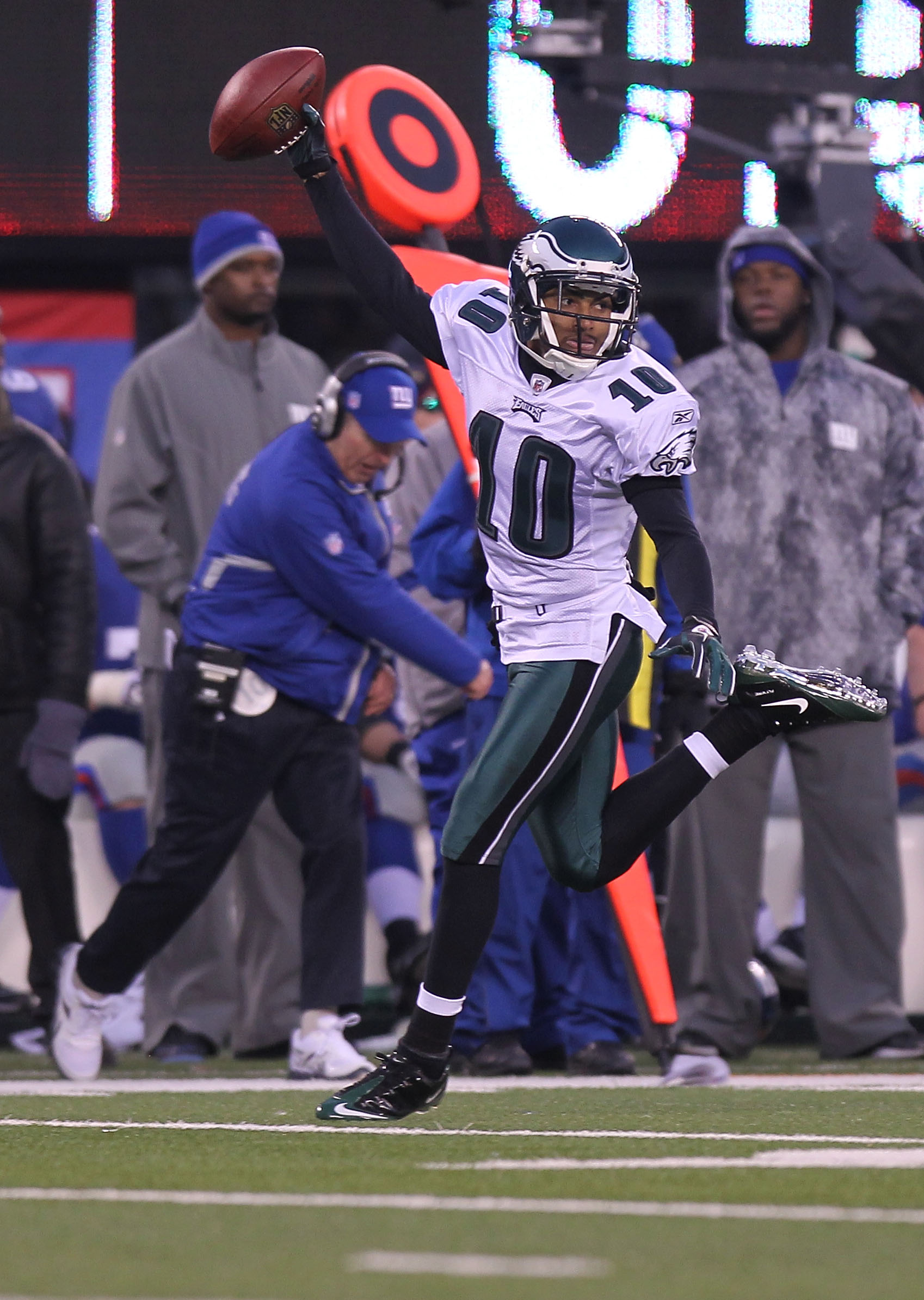 Before we talk about the actual Super Bowl, it is worth mentioning how the Packers got into the playoffs to begin with.

Eight minutes remained in the fourth quarter of an important rivalry game between the Philadelphia Eagles and New York Giants.  It was a game filled with postseason implications, and it was being dominated by the Giants, who led 31-10.

The team collapsed however, allowing Michael Vick to look like a human highlight reel, leading his team to eventually tie the game at 31 apiece with minutes remaining.   When the Giants went three and out, they had to punt the ball with seconds to go and hope they could pull out the game in overtime.

The only problem was, rookie punter Matt Dodge kicked the ball into the waiting arms of DeSean Jackson, who returned the punt and won the game, crushing the spirit of the Giants.

The loss gave the Packers life in the playoff hunt, as they played the Giants the very next week, destroying them 45-17.

The Packers, Giants and Buccaneers ended the season 10-6, but the Packers moved on because they had the best strength of victory. 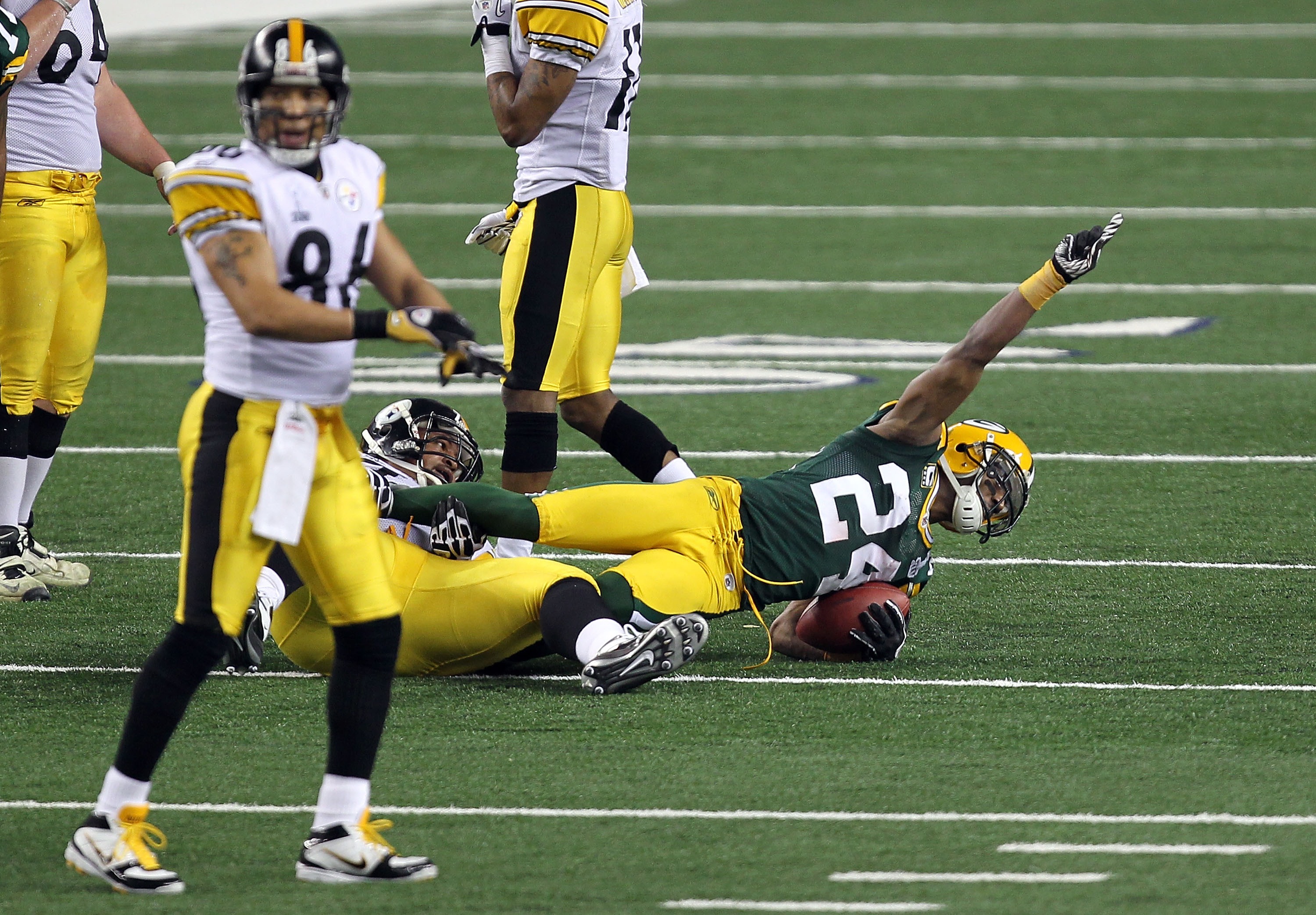 One of the more talked about facts going into the Super Bowl was how the Packers were able to overcome numerous injuries to key players all season.  Starters like Nick Barnett and Jermichael Finley were lost for much of the season, yet the Packers found themselves in the Super Bowl.

The Pack continued to face this adversity in the Super Bowl, losing their defensive leader Charles Woodson in the first half, and seeing other players like Nick Collins and Donald Driver get banged up.   Still, the Packers were able to overcome this and had players like Jordy Nelson and Jarrett Bush come through in the clutch.

No team better exemplified the importance to have a roster where every player from Aaron Rodgers to the 45th man could contribute. 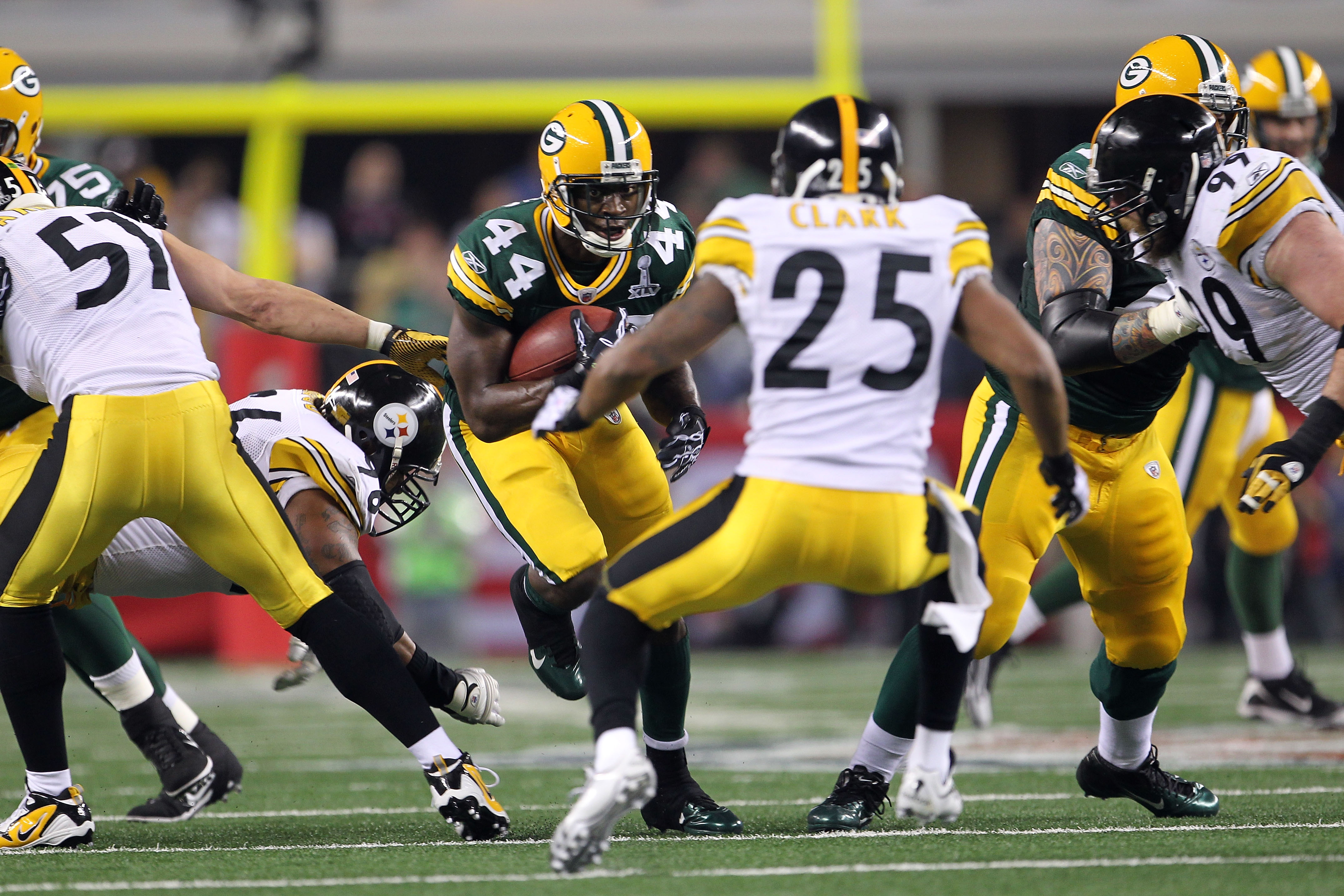 There are some teams in the league who need their running game to control the offense.  Others heavily rely on the pass.  It's no secret the Packers are one of the latter, employing one of the worst rushing attacks in the regular season.  However, the Packers found something in rookie James Starks in the playoffs, rushing for over 300 yards en route to the Super Bowl.

The stats won't look like anything special when you look at the box score.  Starks ran for 52 yards on 11 carries with Brandon Jackson and John Kuhn not running the ball once.  But then you realize Starks ran for a 4.7 yard-per-carry average, which is extremely respectable against the strong Steeler defense.

Starks did just enough to keep the Steelers defense honest up front to allow Rodgers to shred the Steeler secondary, as he went 24 of 39 for 304 yards and three touchdowns. 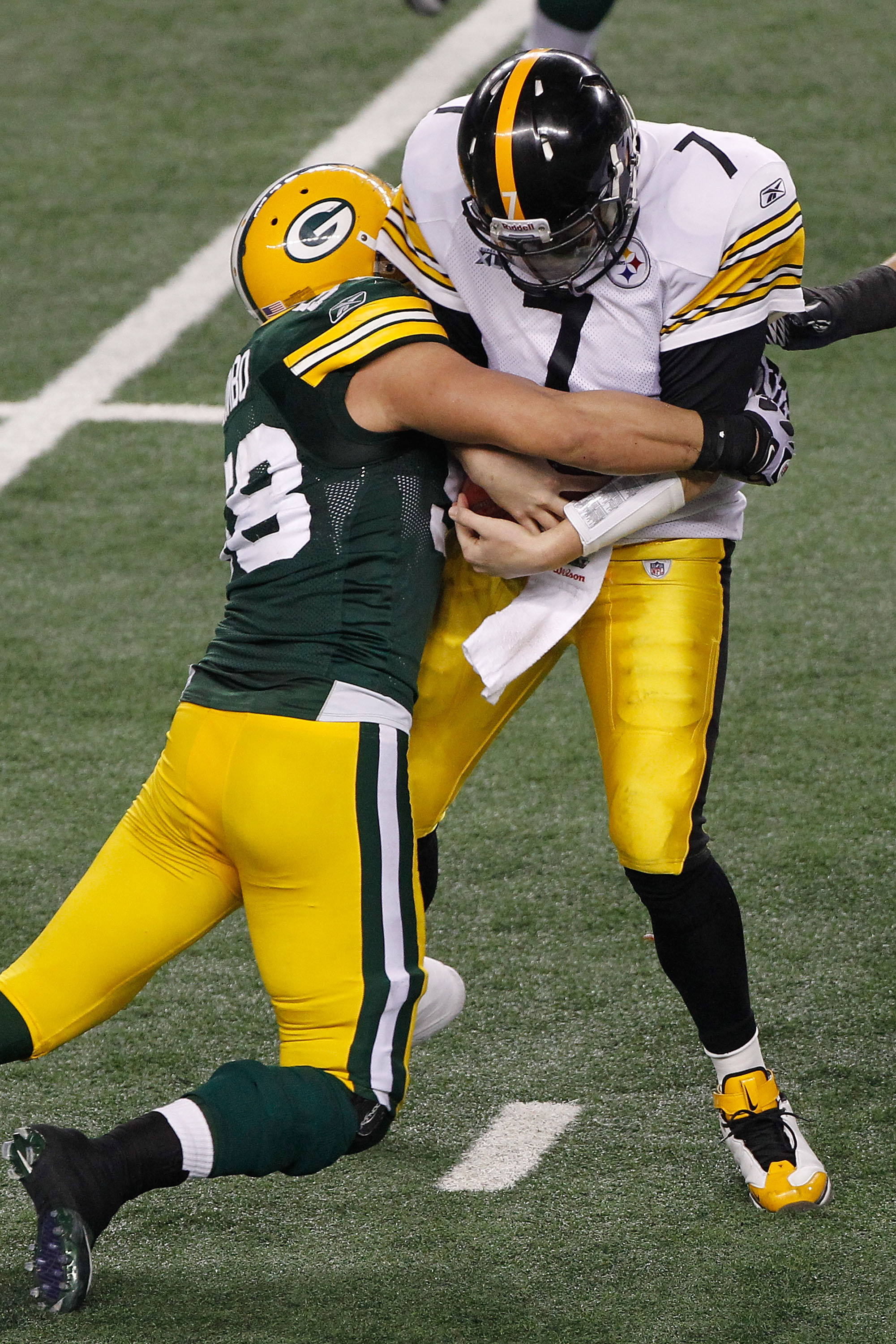 Another statistic that will not look special is that the Packers only got one sack on Ben Roethlisberger.  Considering the Steelers brought down Aaron Rodgers three times, you'd believe Pittsburgh dominated this aspect of the game.

If you watched the game though, you'd realize the pressure the Packers put on Big Ben was a major reason why he threw two key interceptions, one of which was returned for a touchdown.

Going into this game, sacks were not the most important thing for the Packers defensive front.  Roethlisberger is so big that he as an uncanny ability to shed would-be tacklers.  What was vitally important though was making his life miserable, something they were able to excel in throughout the game.

It can be easily argued that without this pressure on Big Ben, the Packers would not have enjoyed the confetti shower that was bestowed upon them when the clock hit 0:00. 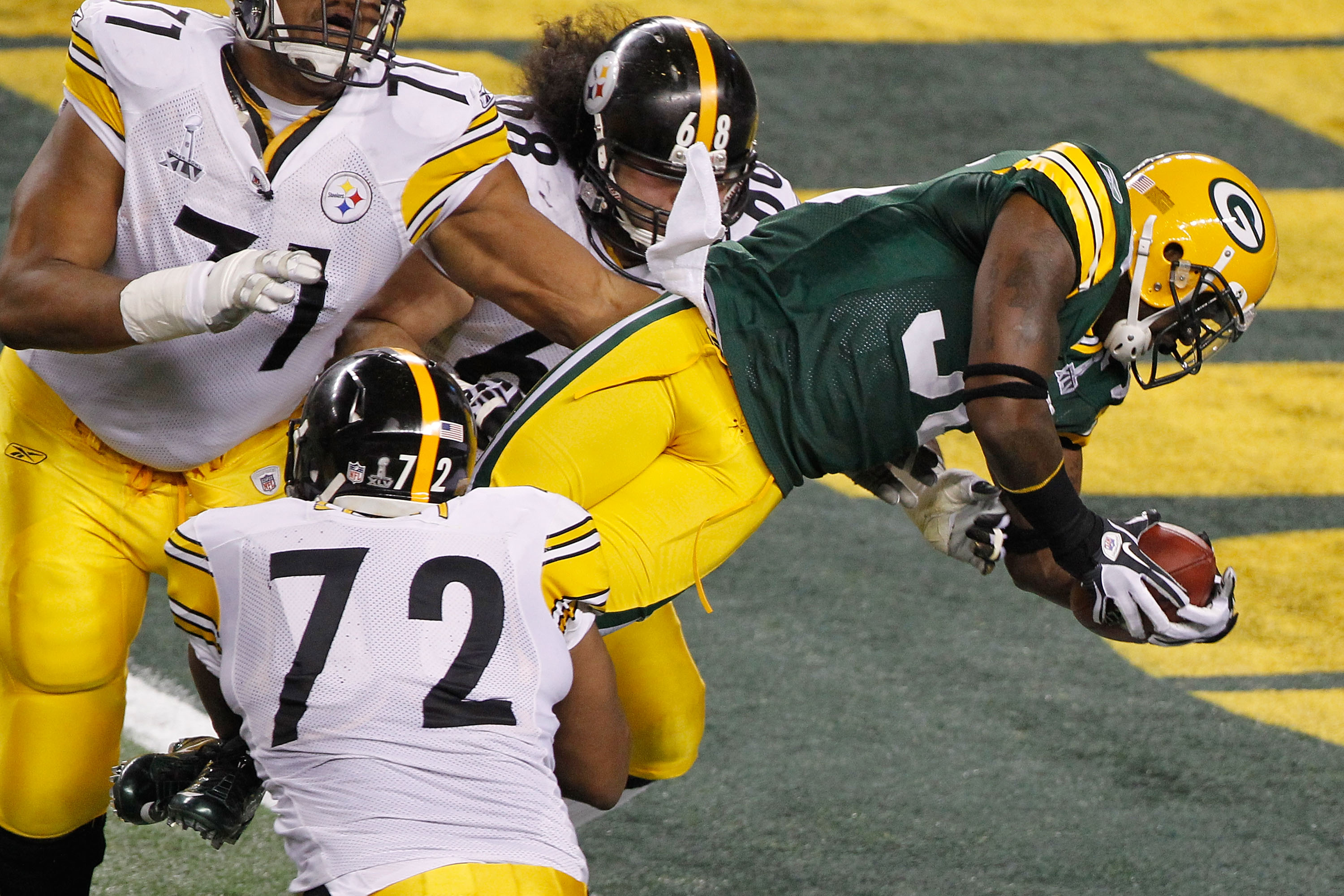 One of the hidden statistics you'll look for at the end of a game was how many points a team scored off turnovers.  If you want to see a big reason why the Packers won, look no further than this.

The Packers forced three turnovers against the Steelers, two interceptions off of Rothlisberger, and a fumble by Rashard Mendenhall after he was absolutely crushed by Clay Matthews Jr. The Packers turned these three turnovers into 21 points, none bigger than when Nick Collins returned an interception for a touchdown.  You literally can do no better than what the Packers did on Sunday.

When a team can convert its turnovers into the maximum amount of points, you'll almost always see them enjoy the sweet taste of victory at the end. 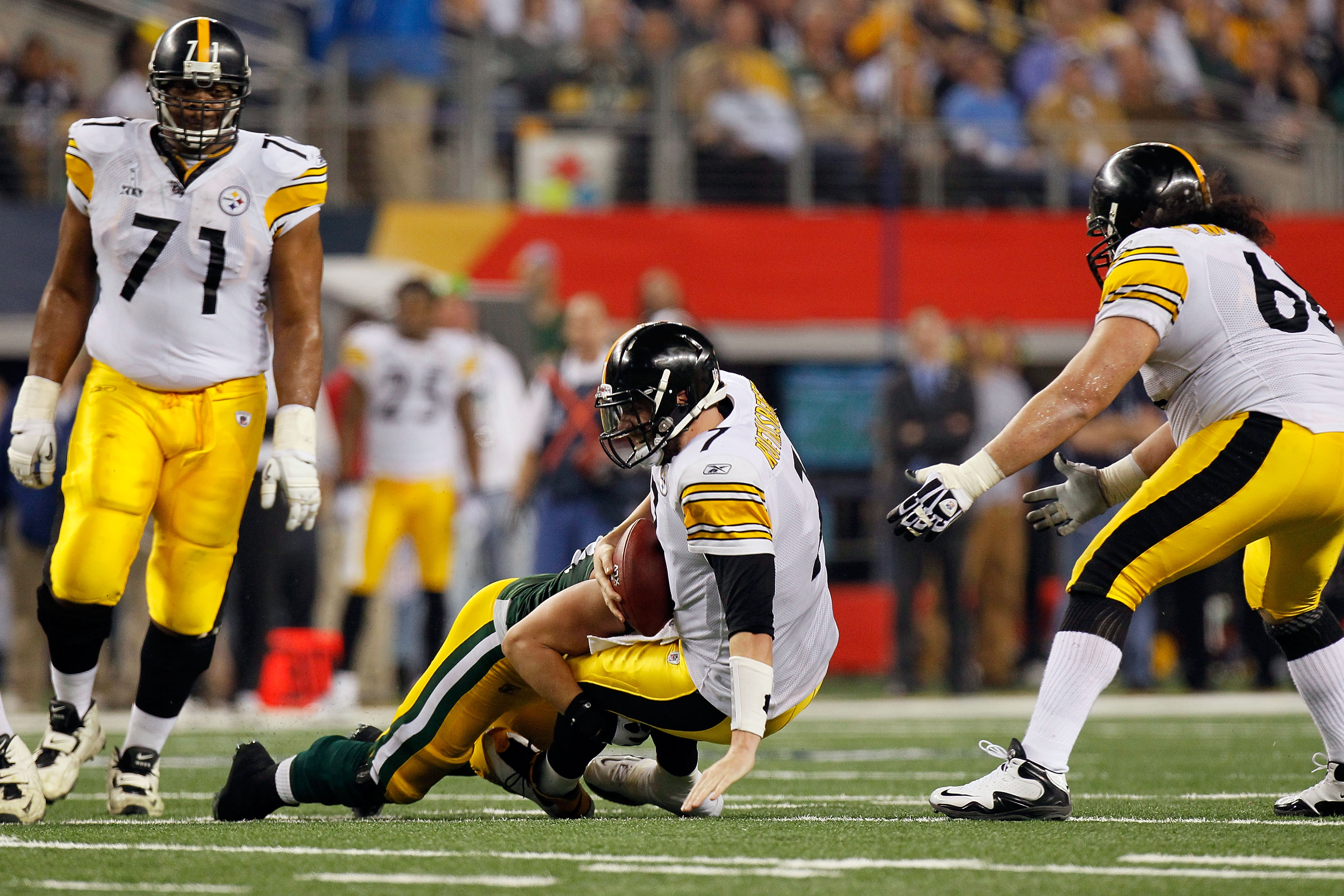 Two years ago, Ben Roethlisberger saved the Steelers from disaster when he led his team on a two-minute drill, culminating in a game-winning touchdown pass to Santonio Holmes.  That comeback is perhaps the best example at what Roethlisberger does best, coming through in the clutch.

Even in Super Bowl XLV, he helped engineer a comeback, erasing a 21-3 deficit to eventually trail by only six with 2:07 left in the game. However, the deficit proved to be too much as the Packers stuffed Big Ben's two-minute drill.

By the end of the game, the Packers were playing without Charles Woodson, and other defenders were banged up.  Still, when it mattered most, the Packers were able to put a stop to Roethlisberger's attempt at football immortality.

At only 28 years of age, Roethlisberger will likely see the Super Bowl again, quite possibly in the near future.  But for one night, the Packers showed the world that even in the most important times, Big Ben is indeed human. 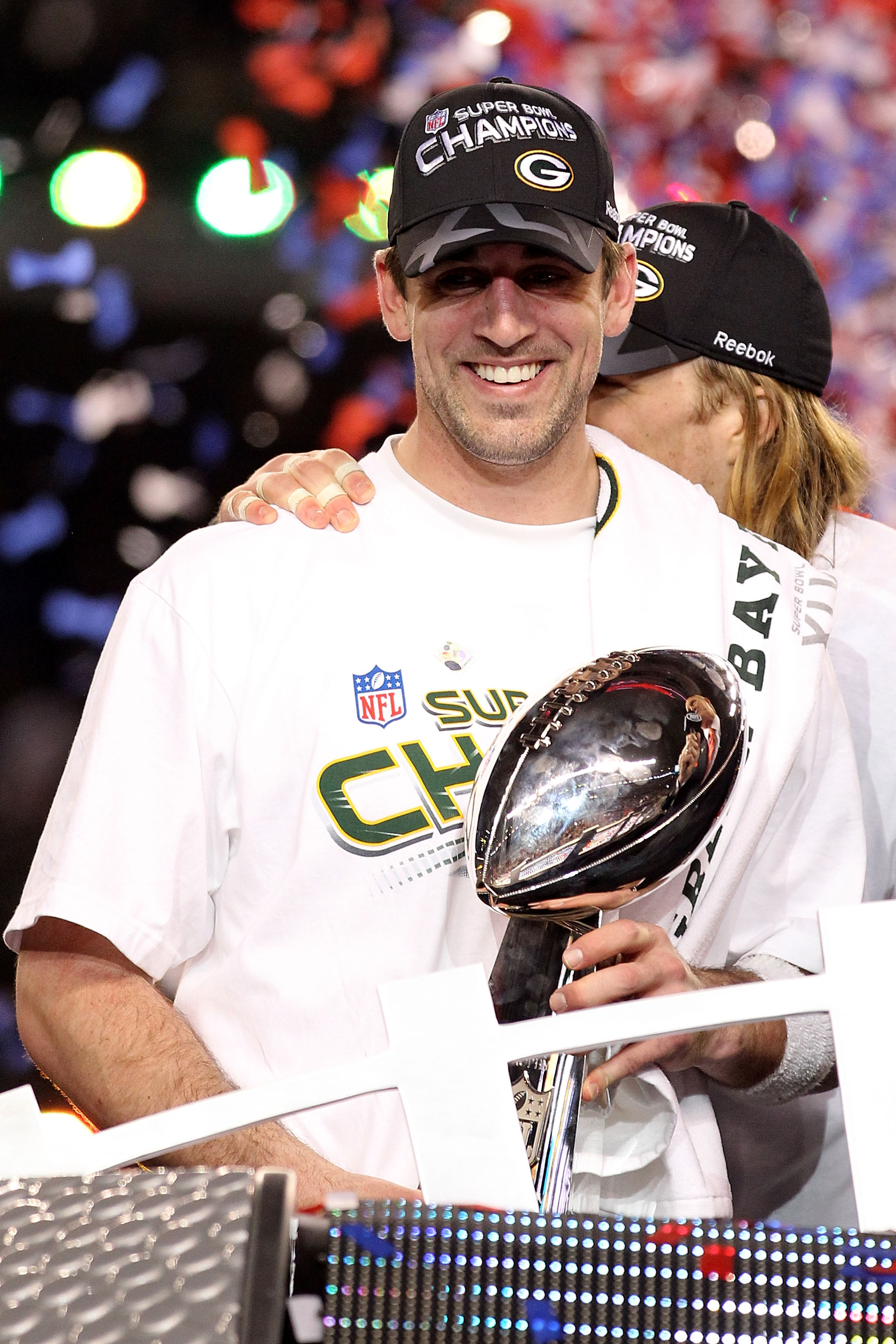 What more can you say about the Super Bowl MVP?  Three years ago, the city of Green Bay was torn apart by the Brett Favre saga with fans disagreeing about who should lead the team.  There were those who believed Favre should retire a Packer, but there were those fed up with his antics and ready to let Rodgers usher in a new era of Packer football.

I wonder how many regret the decision the Packers front office made.  Favre did have a successful 2009 season, but his career ended in humiliating fashion both on and off the field.   Rodgers meanwhile has put up record-breaking numbers in the first three years of his career, and capped it off with a dominating Super Bow performance, throwing for over 300 yards, three touchdowns and no turnovers.

There are those who will impulsively compare the careers of Favre and Rodgers, given the fact both have won Super Bowls and became so dominant in such short periods of time.  That really is not fair to either player, especially Rodgers.

Favre arguably saved a franchise that had been off the football map for a few decades before he arrived in 1992.  Rodgers inherited the 15+ years of service Favre had given the team, the franchise and the city.

Whether Rodgers' career ends up better than Favre's is anyone's guess.  But for this night, he was able to keep one of the best defenses in the NFL on the back of their collective heels and control them for much of the game.

In three years he has helped start a new generation of winning football in Green Bay.  With the second youngest roster in the league, and six starters returning to the lineup in 2011, there is a possibility that a new dynasty is emerging.

What do you feel were some of the keys to the Packers victory?  Feel free to sound off!