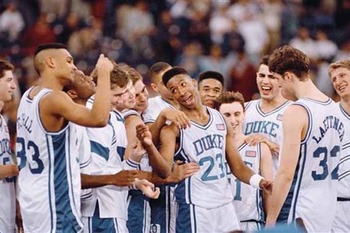 The Blue Devils have set the standard over the last three-plus decades for both team accomplishments and individual achievements.

The following list attempts to identify the ten best Duke players of all time.

No shortage of options from which to choose.

In fact, by only selecting ten, all thirteen players who have had their jersey retired by Duke cannot be included.

Each of the players named here has an incredible college basketball resume.

Nine of the ten were national player of the year recipients.

Before looking through this slideshow, think through "your names." See how many we have alike.

If someone is on here that you don't think should be, make your case in the comments box why they should've been excluded.

If you think that I've missed someone, tell who they are and why they should have been included.

Also, thanks to GoDuke.com for their comprehensive stats site.

The Next Ten (Honorable Mention)

When you limit a list like this to ten players, there are many deserving people who will be left out.

So, the Next Ten for Duke would look something like this: 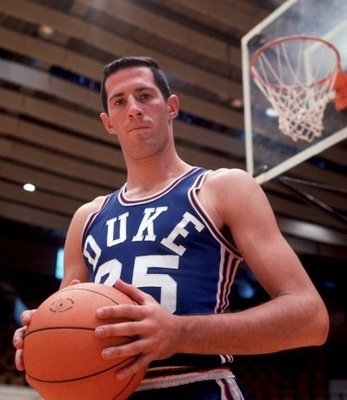 Art Heyman was one of Duke's first career double-double guys, and one of the very few who did it from the perimeter.

In his senior year, Heyman was selected for most of the 1963 national player of the year awards, the 1963 ACC Athlete of the Year and the Final Four Most Outstanding Player award.

Heyman is one of three players in ACC history (along with David Thompson and Tyler Hansborough) to have been selected unanimously to the All-ACC Men's Basketball team three times. 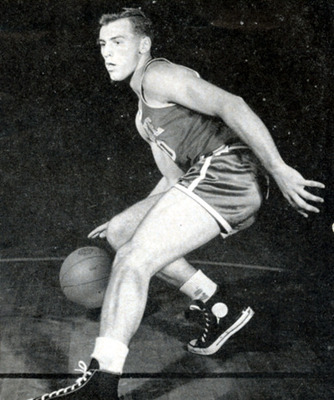 Dick Groat was a pioneer in the modern times of college basketball.

Groat was named the United Press International's (UPI) National Player of the Year in 1952.

He was an five-time major league all-star and a two-time champ who played from 1952 until he retired in 1967. 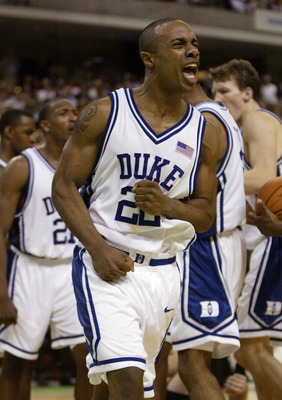 Jay Williams was the prototypical scoring point guard, able to hurt you by both scoring double figures and handing out assists like crazy.

Williams was named ACC Rookie of the Year, Sporting News' National Freshman of the Year and first-team Freshman All-American by Basketball Times.

As a sophomore, Williams led the Devils to the 2001 NCAA National Championship, earning NABC Player of the Year honors.

In his junior season,  Williams won each of the major National Player of the Year awards. 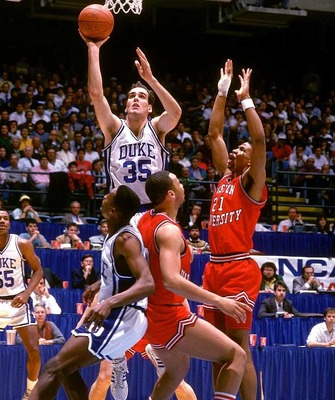 Danny Ferry was one of the most versatile and unselfish players in Duke history, ranking 6th in career points (2,155), 7th in career rebounds (1,003), and 7th in career assists (506)—the only player in the top 10 of all three categories.

In his junior and senior years, Ferry was named as the ACC Player of the Year, ACC Athlete of the Year, and a consensus All-American selection.

As a senior, Ferry won most of the national Player of the Year awards. 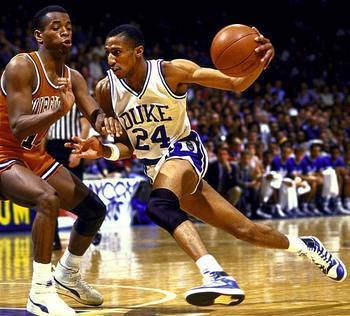 If you wanted to create a scoring point guard, you'd probably come up with someone that played a whole lot like Johnny Dawkins.

A two-time All-American, Dawkins became Duke's all-time leading scorer with 2,556 points, which stood until 2006 when J. J. Redick surpassed it.

Dawkins would have greatly benefited from the three-point line, which was adopted nationally in 1986, the year following Dawkins graduation.

In his senior season, Dawkins led the Blue Devils to the 1986 NCAA Championship game and was selected as the Naismith College Player of the Year. 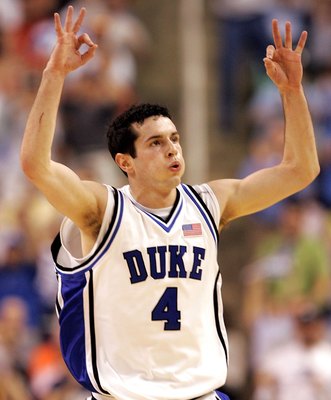 J.J. Redick was one of the best pure shooters and scorers in ACC history. He finished his career with an NCAA-record 457 three-point field goals, shooting 40.6% from three-point range.

Redick is the Blue Devils' all-time leader in career free throw percentage (91.2), hitting for streaks of 54 and 43 consecutive free throws (No. 1 & 2 in school history).

When Redick graduated, he held the ACC record for most points (which has since been surpassed by Tyler Hansbrough). He put up at least 20 points in a game 70 times and 20 30-point games (both No. 1 in school history)

He won every major 2006 national Player of the Year award. 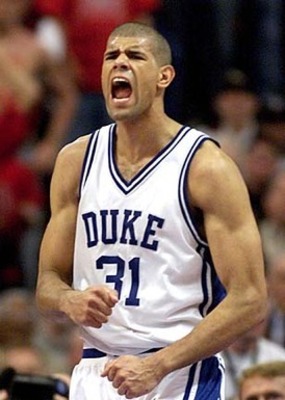 If you showed someone Shane Battier's career stat line, they would most likely not be blown away.

Battier didn't average double figures in scoring for a season until his junior year.

But his contribution to Duke's success in his time in Durham is undeniable, helping the Blue Devils win the 2001 NCAA Championship.

Always on the floor, fighting for loose balls, or attempting to take a charge, Battier was a three-time honoree of the NABC Defensive Player of the Year award.

The Blue Devils won 131 games in which Battier saw action, the most by any Duke player.

A two-time consensus All-American selection and a two time Academic All-American, Battier was named as both the Wooden and Naismith award winner his senior year, as well as being selected as the 2001 Final Four Most Outstanding Player. 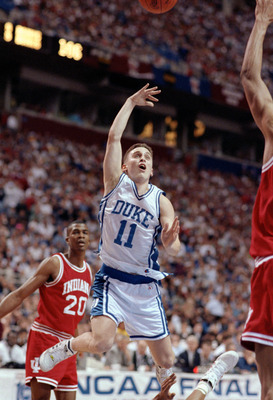 Bobby Hurley was not a physically imposing player. Hurley didn't make flashy plays or have gaudy stats. He simply helped the Blue Devils win LOTS of games (119-26 over four years), and his teammates excel.

Always an intense, tough-minded player, Hurley went to the Final Four three times, and led the Blue Devils to back-to-back NCAA Championships in 1991 and 1992.

He was selected as the Final Four Most Outstanding Player in 1992 and a First Team All-American in 1993.

Though he was not known for his shooting, Hurley is Duke's No.6 all-time three-point shooter (40.5 percent, just 0.1 percent behind J.J. Redick). 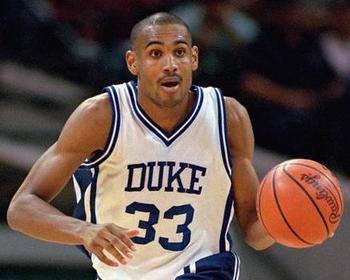 Grant Hill is considered by some as one of the best all-around college players in his era.

He won the National Association of Basketball Coaches (NABC) top defensive player award in 1993. In 1994, Hill was named the ACC Player Of the Year.

In his junior and senior years, Hill was named a consensus All-American selection. 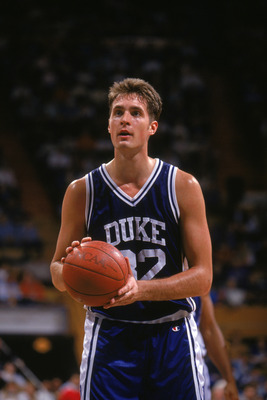 Laettner is the only player in NCAA history to start in the Final Four all four of his college years.

Suprisingly, Laettner is Duke's all-time leader in three-point shooting, hitting on 48.5 percent of his shots from beyond the arc. (Note: Laettner did not have enough made-attempts to be considered for ACC honors in this stat). He is also the Blue Devils' all-time leader in free throw attempts (885) and made attempts (713).

Laettner is a two-time All-American selection, the 1991 NCAA Tournament Most Outstanding Player winner and was named the 1992 ACC Player of the Year

To top it all off, Laettner won every 1992 national Player of the Year award known to man as a senior.