NBA Trade Rumors: 10 Players to Bring LA Lakers Out of Their Funk 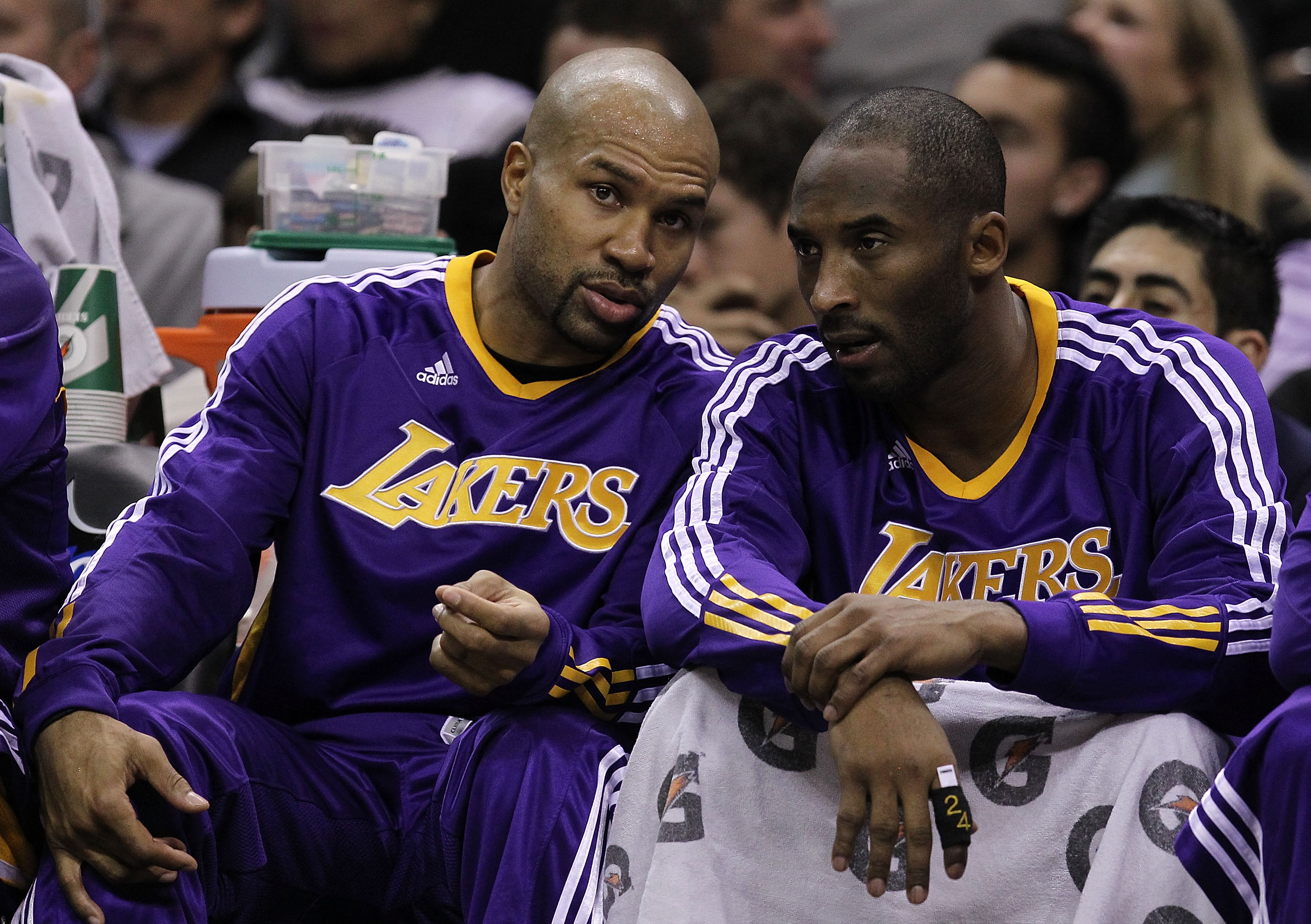 NBA trade rumors surround every team, and it's no different for a stacked squad like the Los Angeles Lakers.

With the team in a funk, perhaps bringing in some fresh legs would break them out and get them back on track to their winning ways.

However, you can't just trade for the best available player on the market. That doesn't always work out. It has to be a player that fits in the triangle offense.

Of all the players allegedly on the trade market, if the Lakers had their pick, who could help bring the team out of their funk? 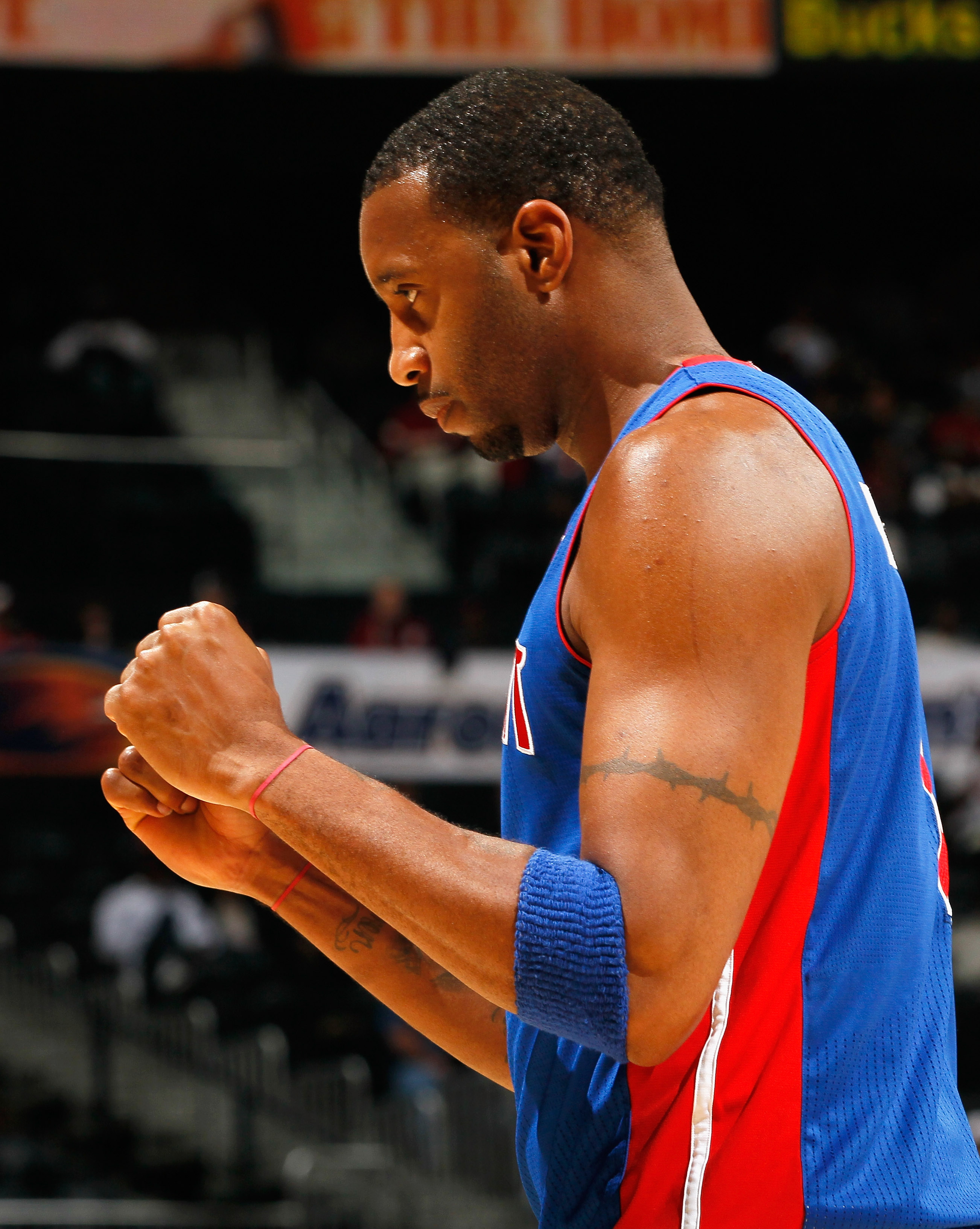 Yes, Tracy McGrady is a shell of his former self, but the man can still ball.

After all, he just missed out on a triple-double the other night by a single rebound.

McGrady has been robbed of his athleticism and elite scoring prowess, but he can still contribute to a contender.

Pairing up Kobe Bryant with McGracy in his prime would have been a dream come true. They would have instantly become the most fearsome duo in the league. However, McGrady is far past his prime.

Even so, McGrady is still a capable shooter and he has great court vision. He would fit right in under Phil Jackson's triangle. 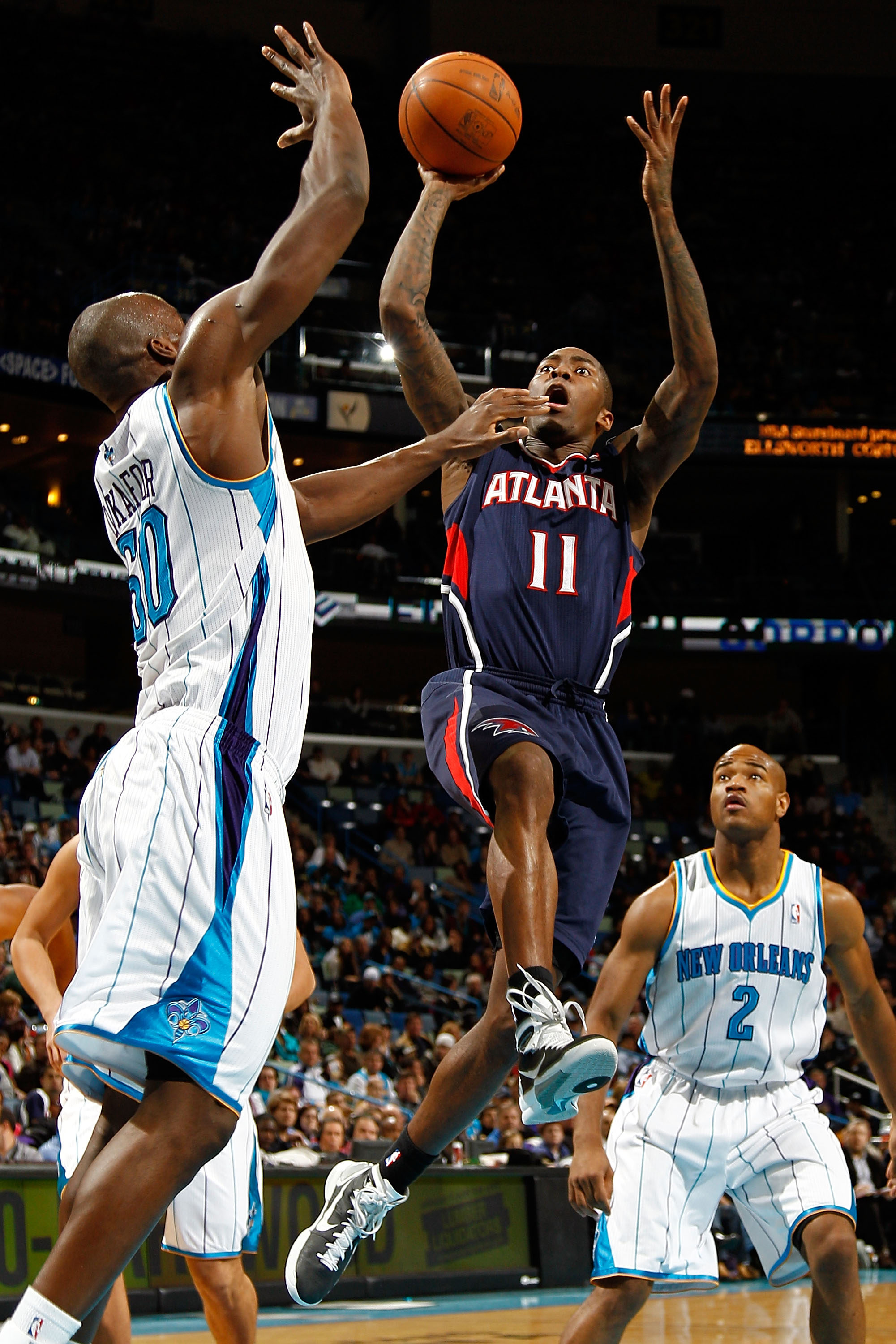 Jamal Crawford is still one of the most exciting scorers in the NBA with his wicked handles and slashing abilities.

He instantly upgrades the Lakers bench to one of the best, if not the best, in the NBA.

Crawford helps to alleviate some of the scoring burden off of Kobe Bryant and Pau Gasol. His playmaking abilities also make him a natural fit for Phil Jackson's system.

Crawford could also be slotted into the point guard position, giving the team an extremely potent and explosive team on offense. 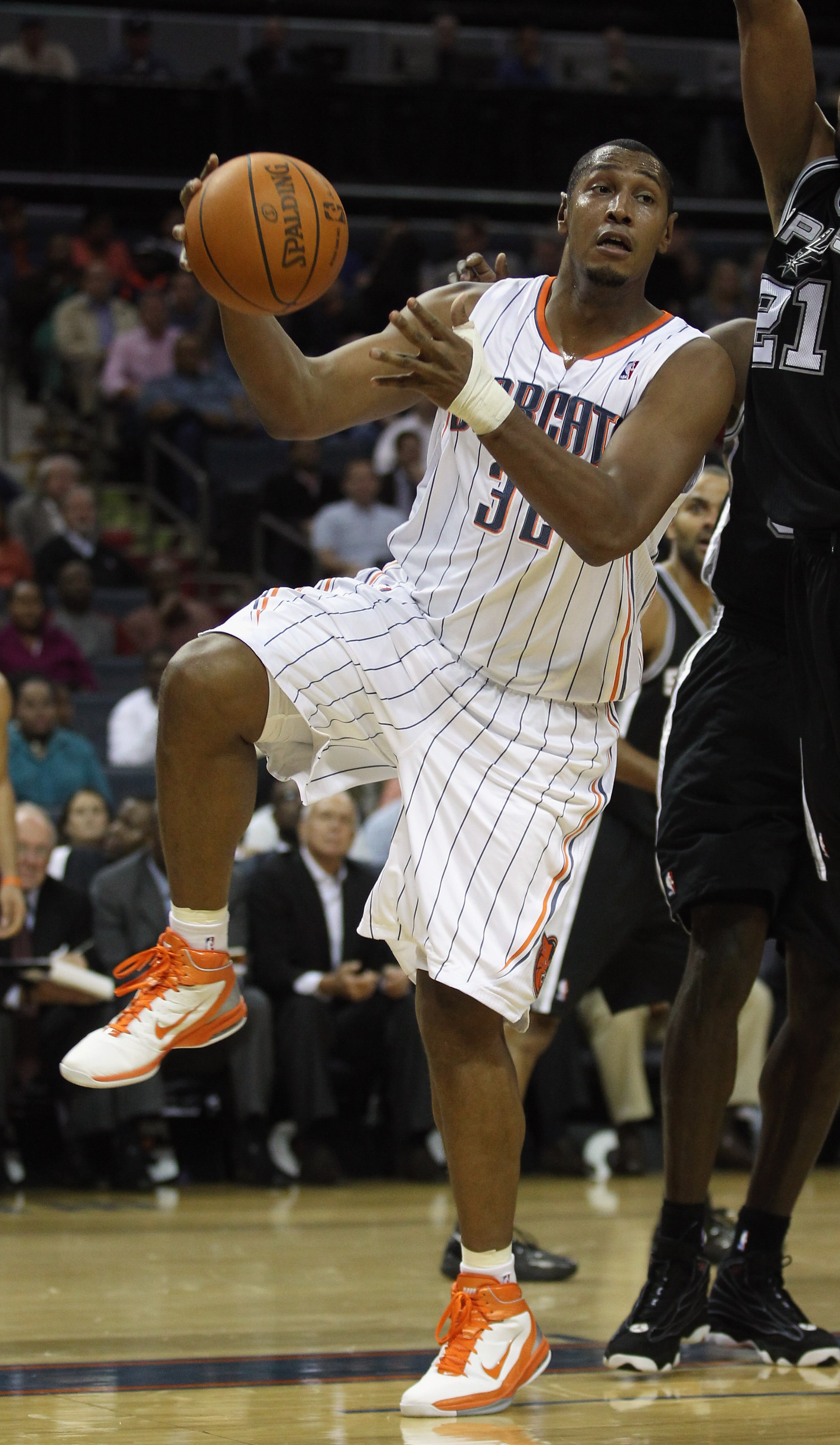 Boris Diaw was tailor-made for the triangle offense. His court vision and playmaking skills are some of the best at the forward position.

Diaw gives the team added depth in the frontcourt and he's the perfect player to have come off the bench. He could seamlessly transition to the power forward position and take Pau Gasol's place as the low-post facilitator. 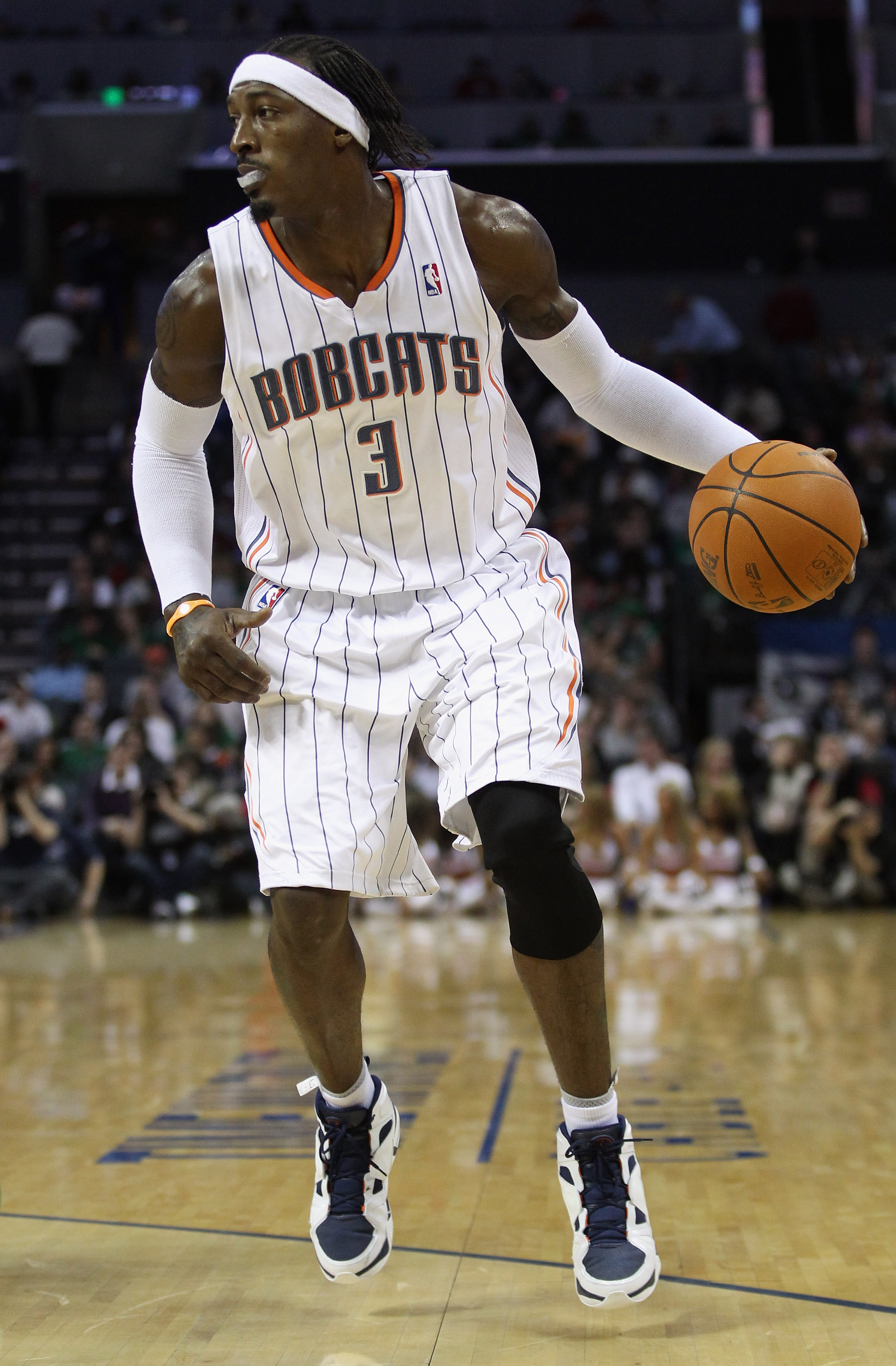 Gerald Wallace may not be much of a threat from deep, nor is he much of a playmaker, but he makes up for that with his defense and the various intangibles he brings to the table.

Wallace has a relentless motor and he tirelessly works against the opposition on both ends of the court.

Wallace would give the team some added athleticism and scoring, and he's one of the best rebounding small forwards in the NBA. 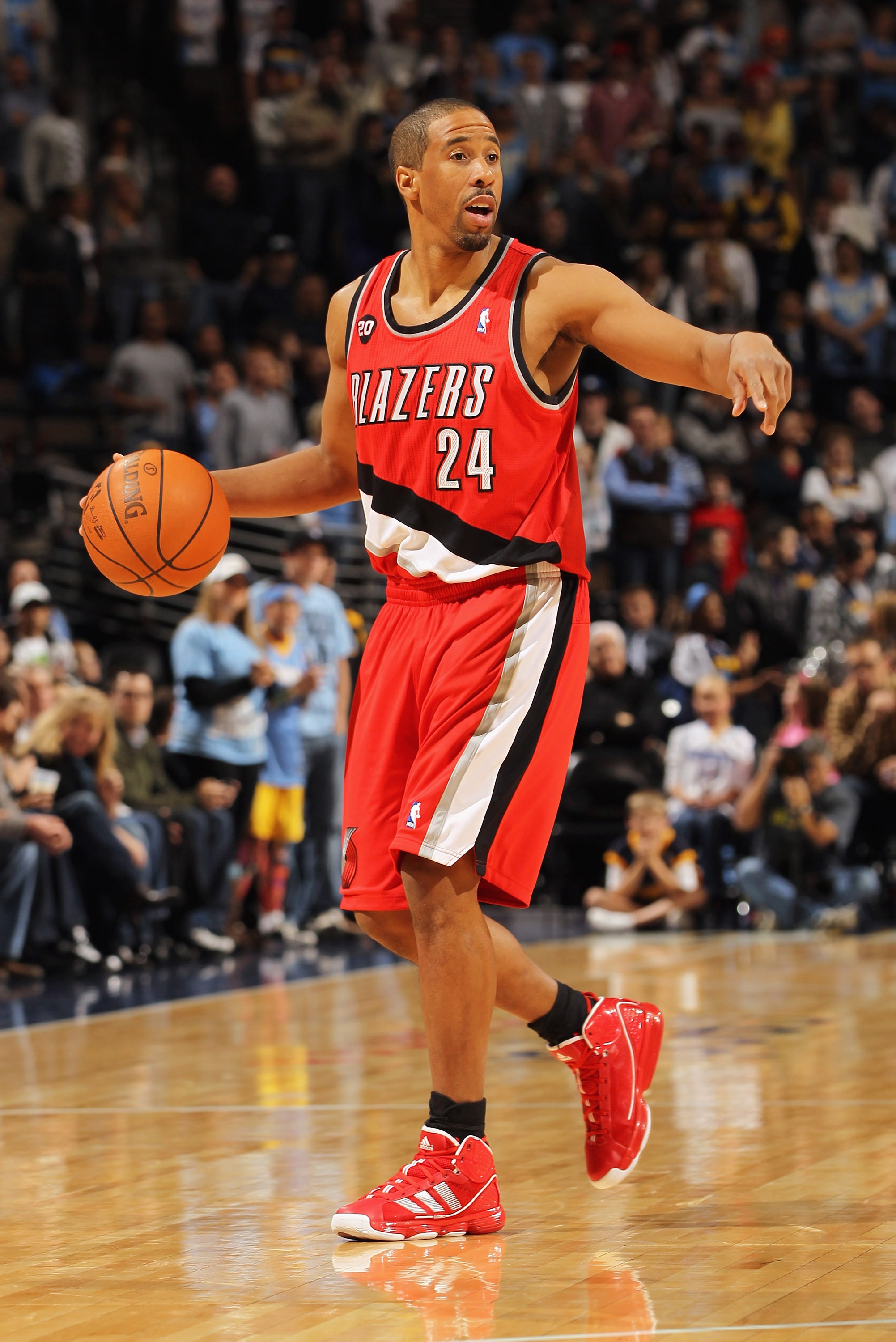 Derek Fisher plays a vital role for the team, but his abilities continue to diminish as he gets older. His backup, Steve Blake, is capable of running the point, but Andre Miller presents a significant upgrade over both of them.

Despite his age, Miller rarely misses games and his toughness could help a team that sorely lacks it at this juncture.

Miller's poor perimeter shooting would hurt a bit, but he makes up for that with solid defense and better playmaking abilities. 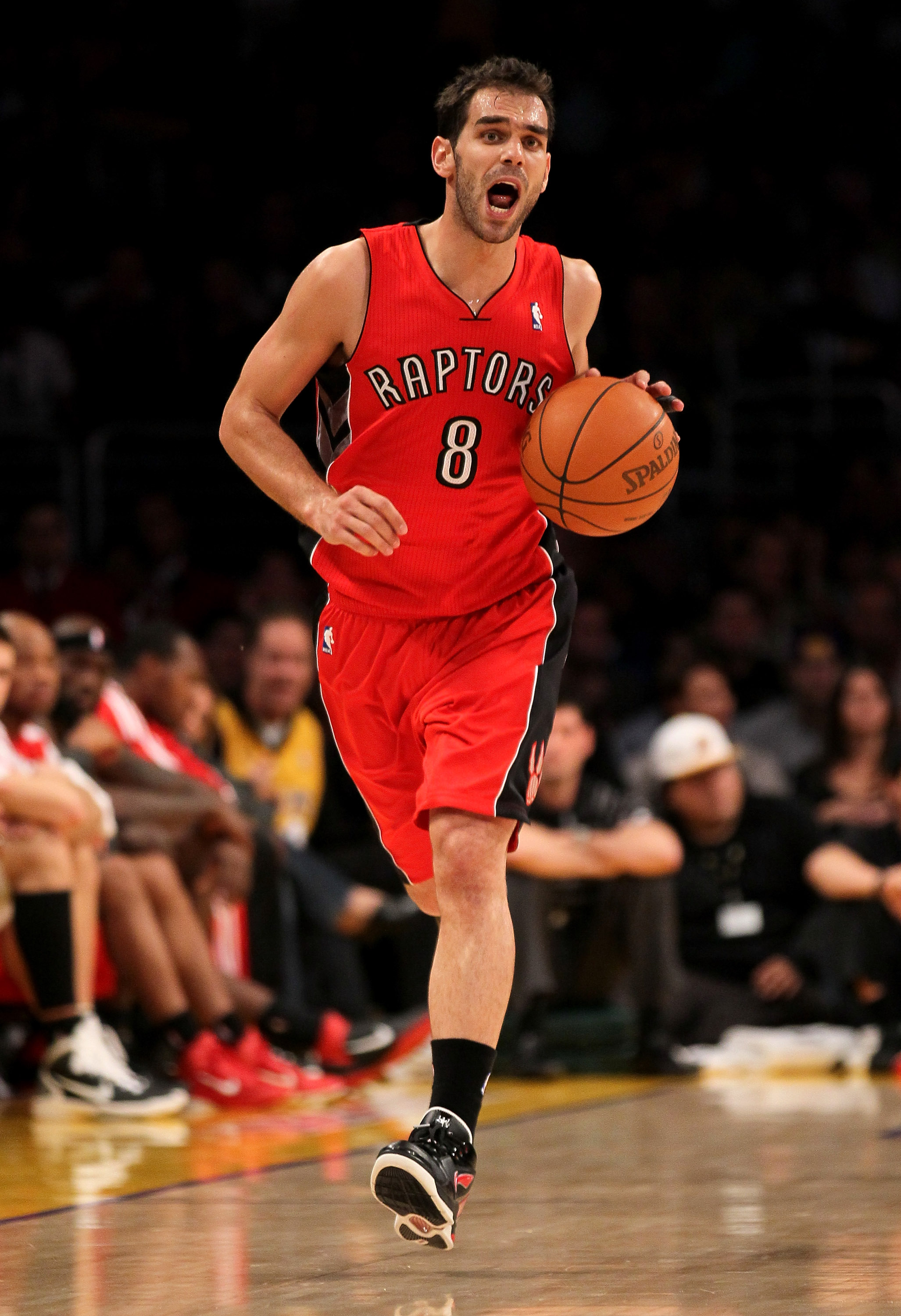 Jose Calderon seems like an ideal fit in Los Angeles.

His defense may not be up to par, but he's competent enough to start full-time. He would give the starting unit an immediate upgrade.

Calderon is shooting 42.2 percent from the beyond the arc this season, which makes him even deadlier in L.A., considering how wide open he'll be with the double-teams Kobe Bryant and Pau Gasol see.

He's also a great facilitator, which helps ease the burden off of Bryant.

Plus, his familiarity with Gasol should only make the transition far smoother and that much more effective. 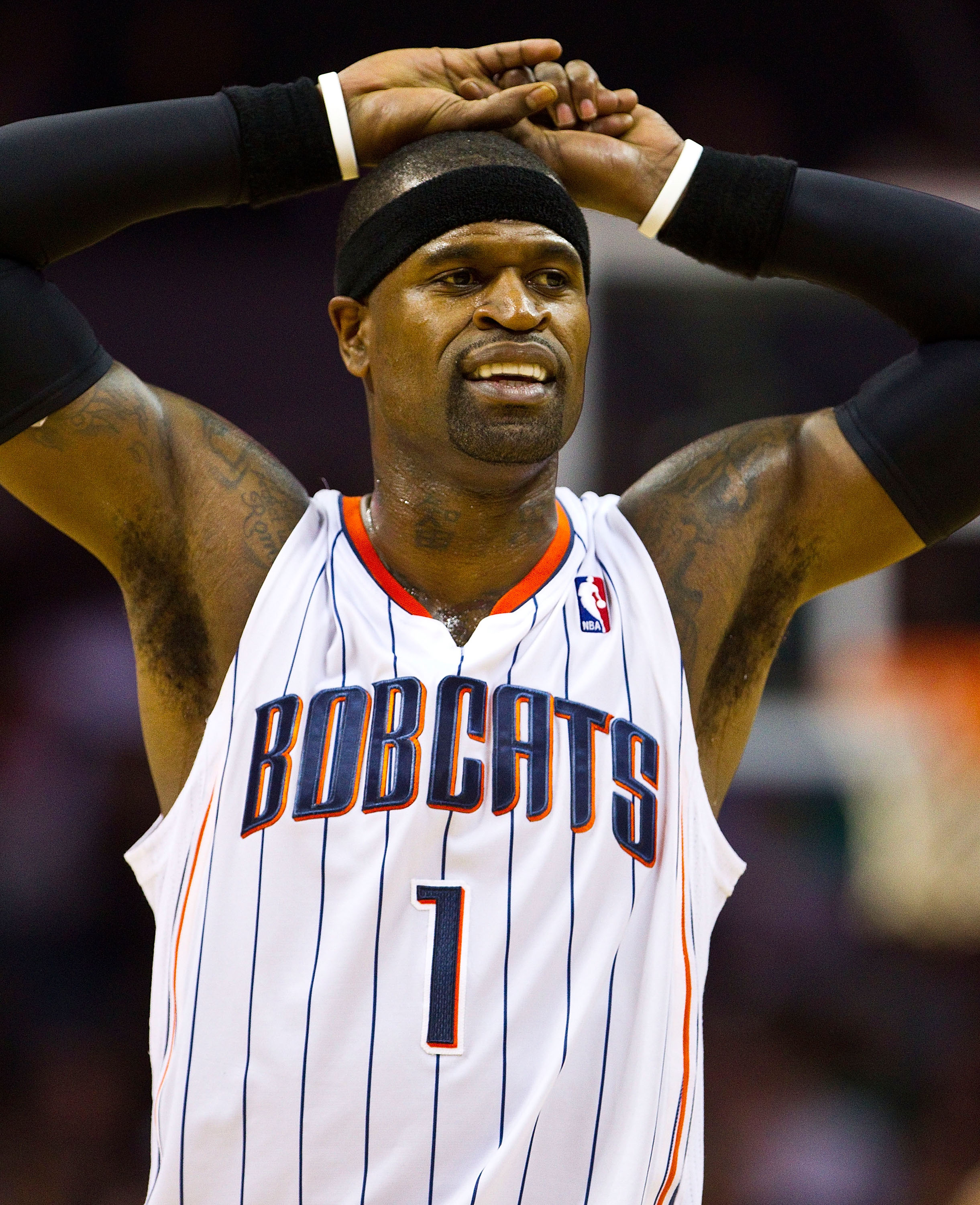 Stephen Jackson may be somewhat of a cancer, but he can still play at a fairly high level. If Kobe Bryant and the Lakers organization were able to curb Ron Artest, Jackson should be no problem.

Jackson gives the team a capable scorer from the small forward position. His three-point shooting would significantly help the team.

Even at this stage of his career, Jackson is still a good perimeter defender and he could work in tandem with Bryant to make for a suffocating perimeter combination.

Jackson is also a playmaker that can create for others, which would work well in the triangle offense. 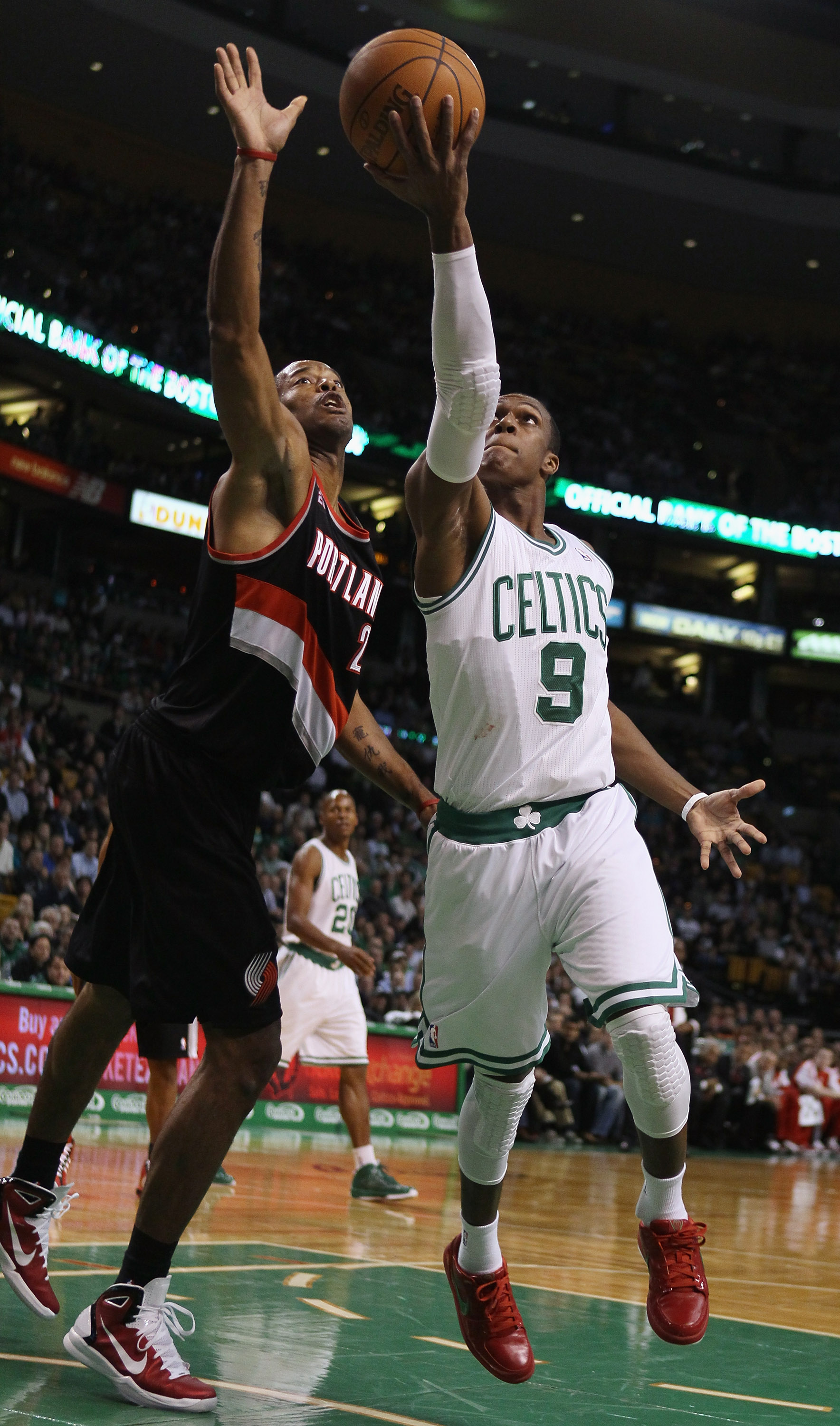 Marcus Camby would bolster the Lakers front line and give them a menacing post presence.

Camby can score when called upon, but he would be brought in strictly for his defense. His length and agility allow him to match up with a number of players from numerous positions.

He also has solid court vision that could be utilized in the triangle offense.

Defense does win championships, and Camby would tremendously help the Lakers in their quest for a three-peat. 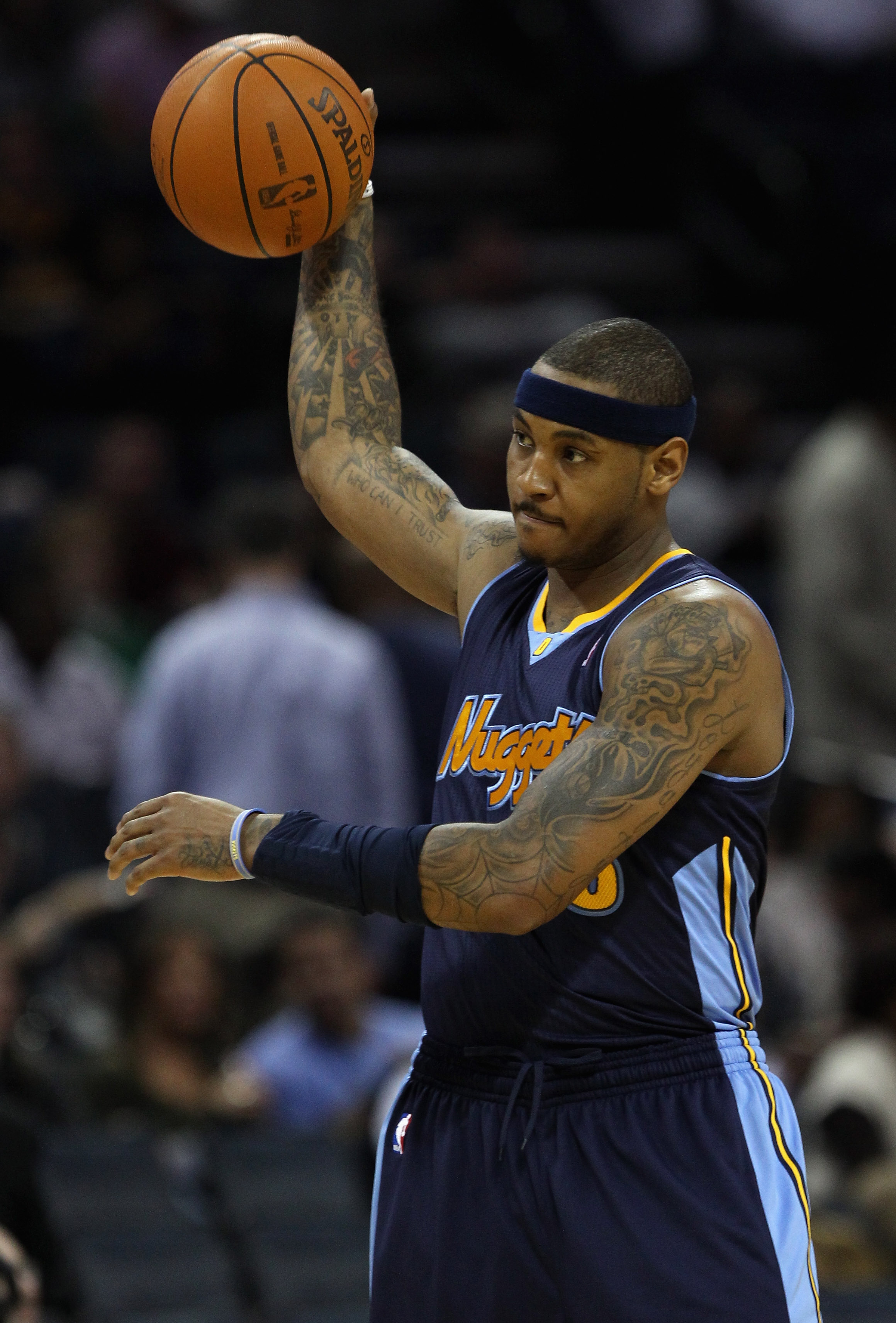 Bringing Carmelo Anthony over to Los Angeles would make an already-stacked Lakers roster border on the absurd.

It would give the team two of the most dynamic and clutch scorers in the league.

Having Anthony on the team would also allow Kobe Bryant to rest up and give his body time to heal for the stretch run.

Anthony may not be much of a defender, but he's a good rebounder and all the attention he draws on offense makes life easier for his teammates. 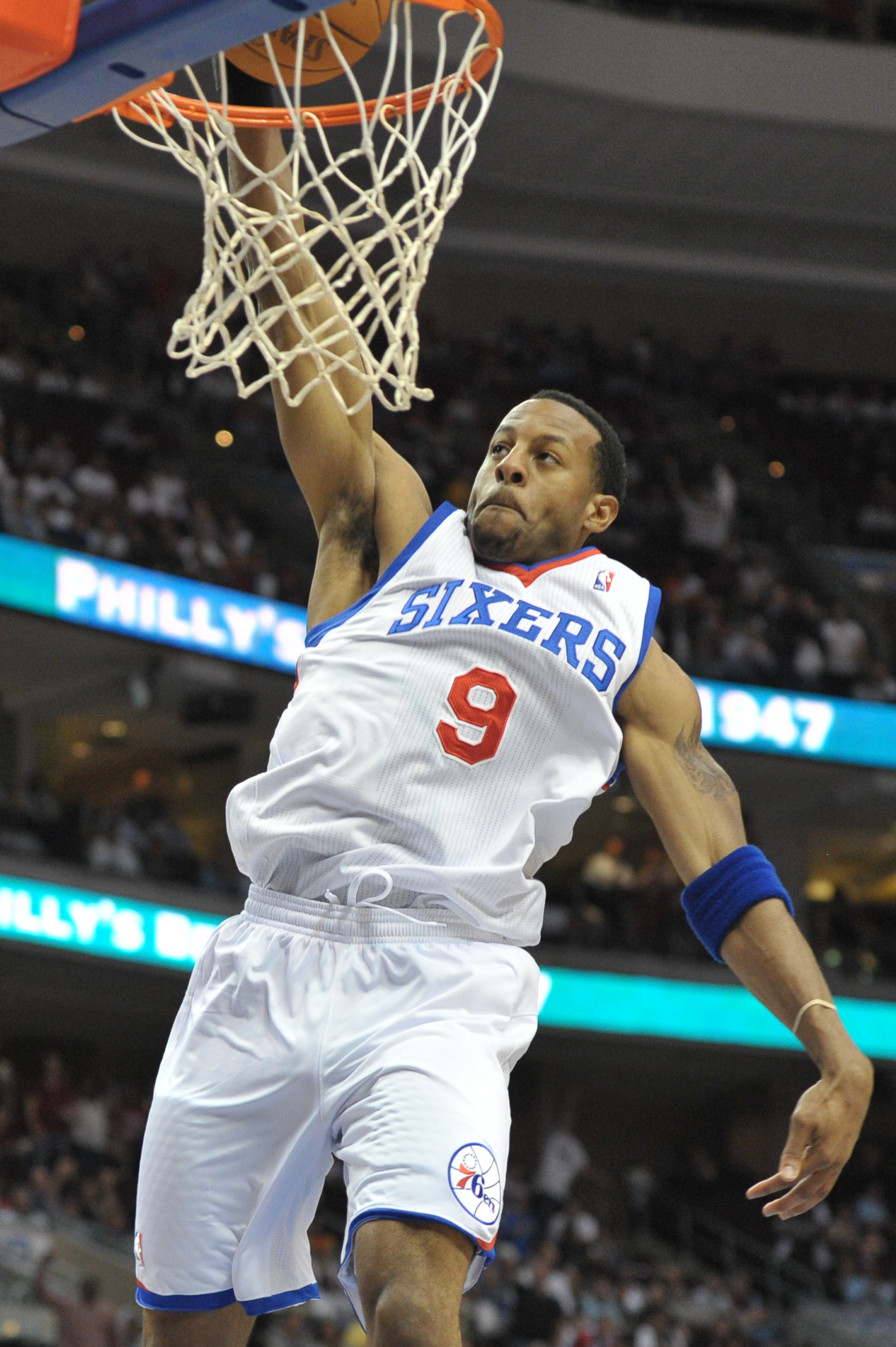 Andre Iguodala would be a fantastic addition to the Los Angeles Lakers. He can be—and no, I'm not making a Michael Jordan comparison for all you rabid fanatics out there—Kobe Bryant's Scottie Pippen.

First and foremost, his defense would make him a fixture in the starting five, even if he has to play small forward.

Second, his abilities as a playmaker make him an ideal fit in the triangle offense.

He would inject some youth into the starting five and add some athleticism to an aging roster.

Not to mention, Iguodala can actually score, unlike Ron Artest, who couldn't find the basket with GPS, MapQuest and a trail of bread crumbs.