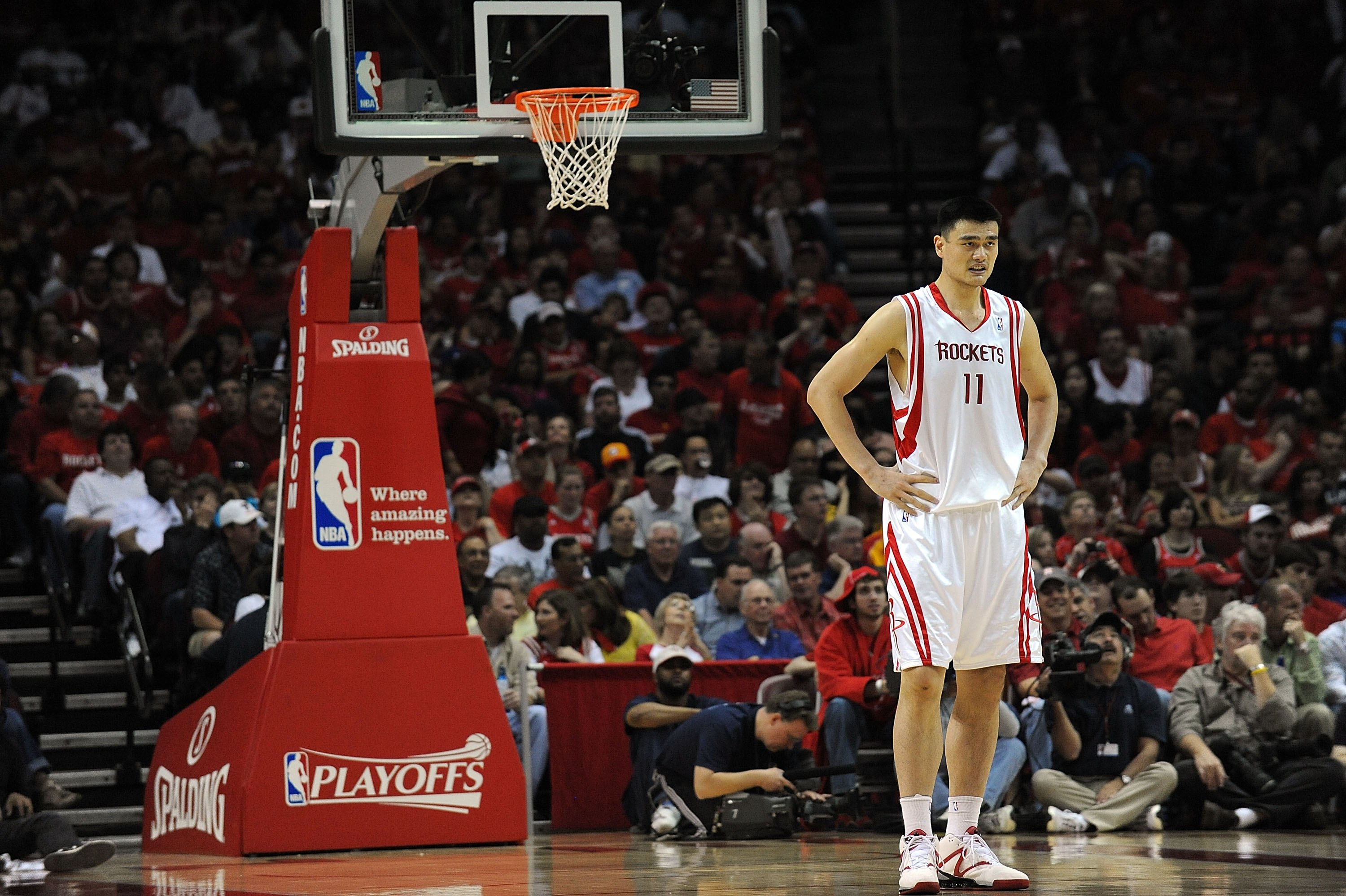 Yao Ming needs a change of scenery if he wants to attempt to resume his NBA career. He has done all that he can in Houston and it's time for him to move on.

Now that he's been shelved for the season with yet another injury, he's just a big expiring contract for the Houston Rockets. Many teams fear that his career is all but over.

However, if his career was not in jeopardy and he was able to come back and play effectively, what teams would he have the most impact on?

*Keep in mind that all the trade scenarios that are presented are very loose. These were determined by using at least one key component that would be required to make salaries match. 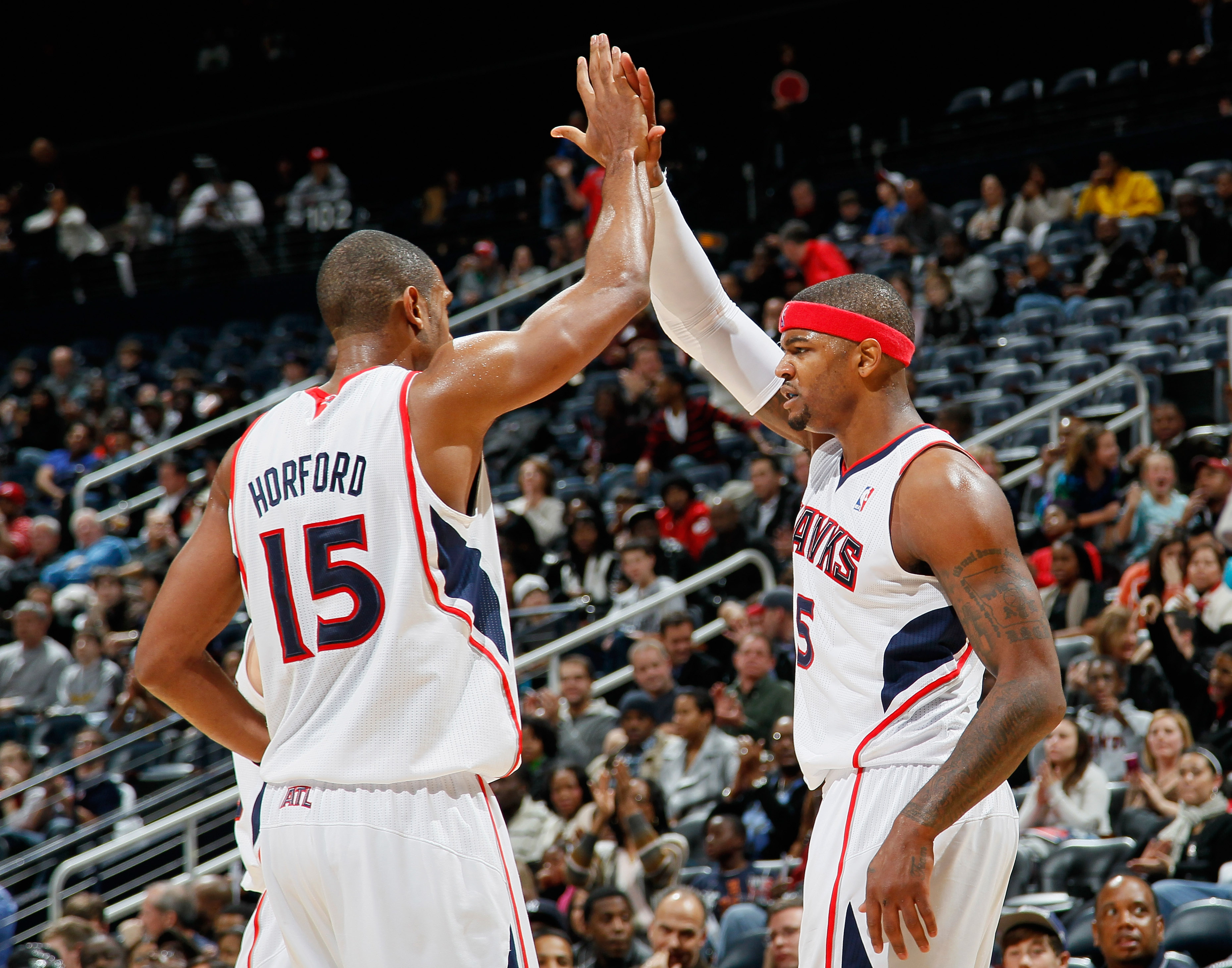 If Yao Ming went to the Hawks, he could immediately impact their lineup.

It would allow the Hawks to shift Al Horford to his natural position at power forward. Josh Smith could move over to the three and they could have Marvin Williams come off the bench.

Atlanta is ranked 22nd in rebounding and blocked shots. With Ming anchoring the middle, the Hawks instantly become better in both departments.

Plus, with Williams coming off the bench, he could give the second unit a productive scorer. 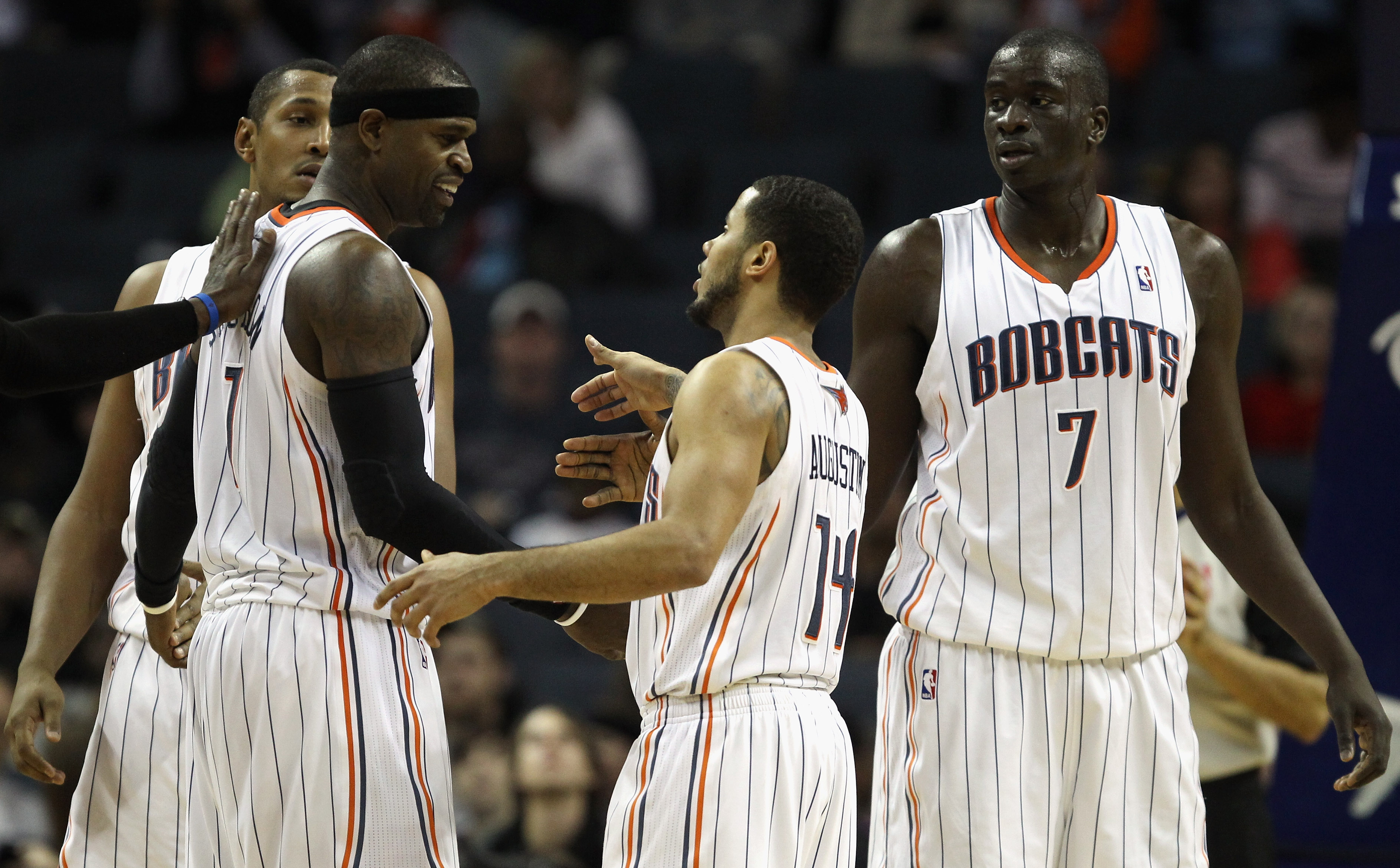 Michael Jordan appears to be willing to blow up the current roster and start off fresh. Going after Yao Ming would be a good start.

Charlotte doesn't have any centers worth playing for extended periods of time and it sorely lacks a commanding presence in the middle. Ming immediately gives the team an imposing figure down low.

Plus, shipping Boris Diaw out of town would allow for Tyrus Thomas to finally enter the starting lineup and free him from the confines of the bench.

Ming's ability to stretch the floor with his shooting abilities would allow for Thomas and Gerald Wallace to do what they do best, which is to penetrate and attack the basket. 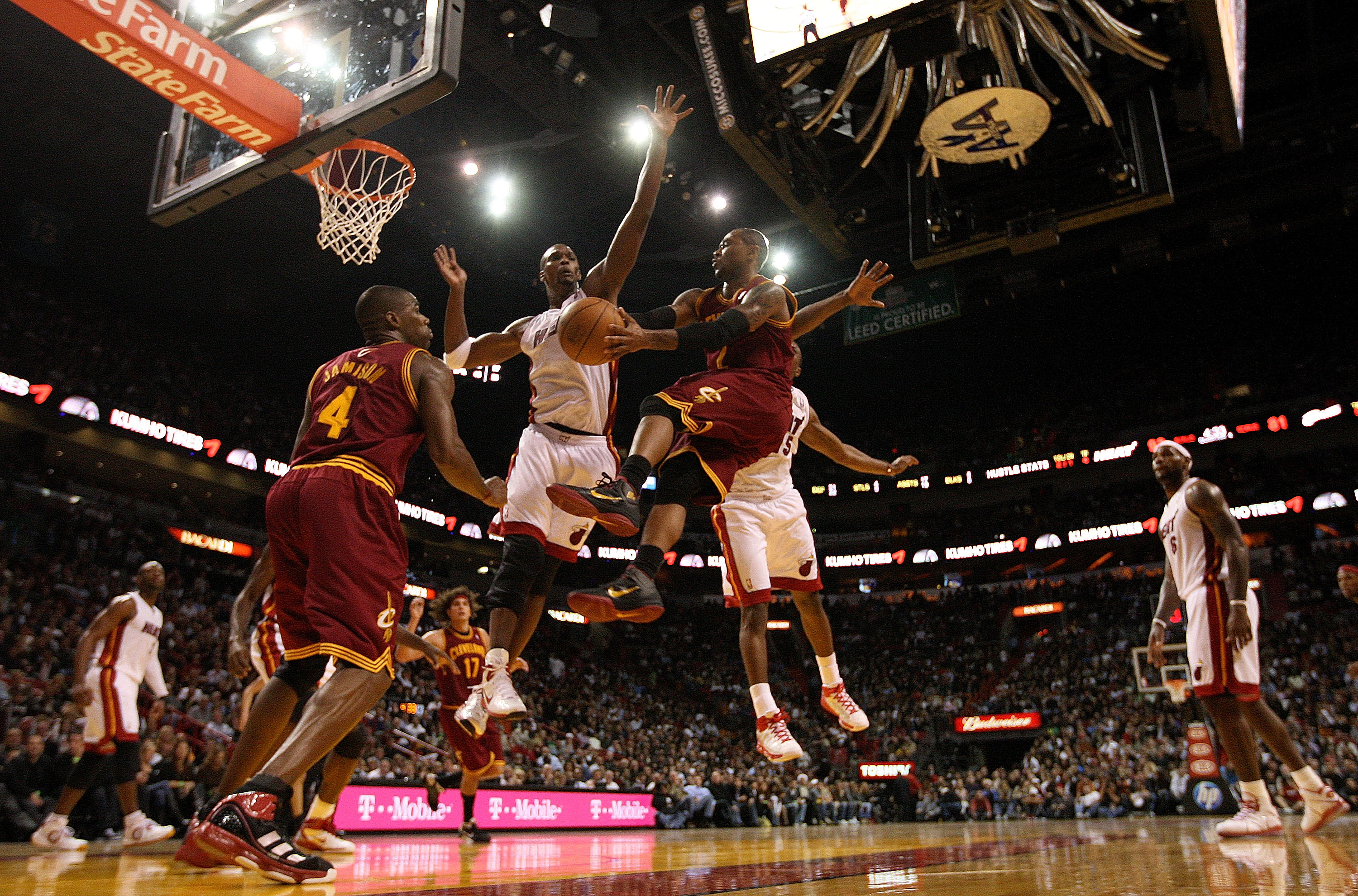 The Cleveland Cavaliers are still reeling after the loss of LeBron James, and they need a player with star power to help rejuvenate the franchise.

Yao Ming could anchor the team's center position and allow Anderson Varejao to move over to the power forward position where he's better suited. Varejao could also make up for Ming's lack of mobility in the frontcourt.

Ming would give the Cavs a low post presence, and he could really help open up their offense. He may even help J.J. Hickson find his game once again. 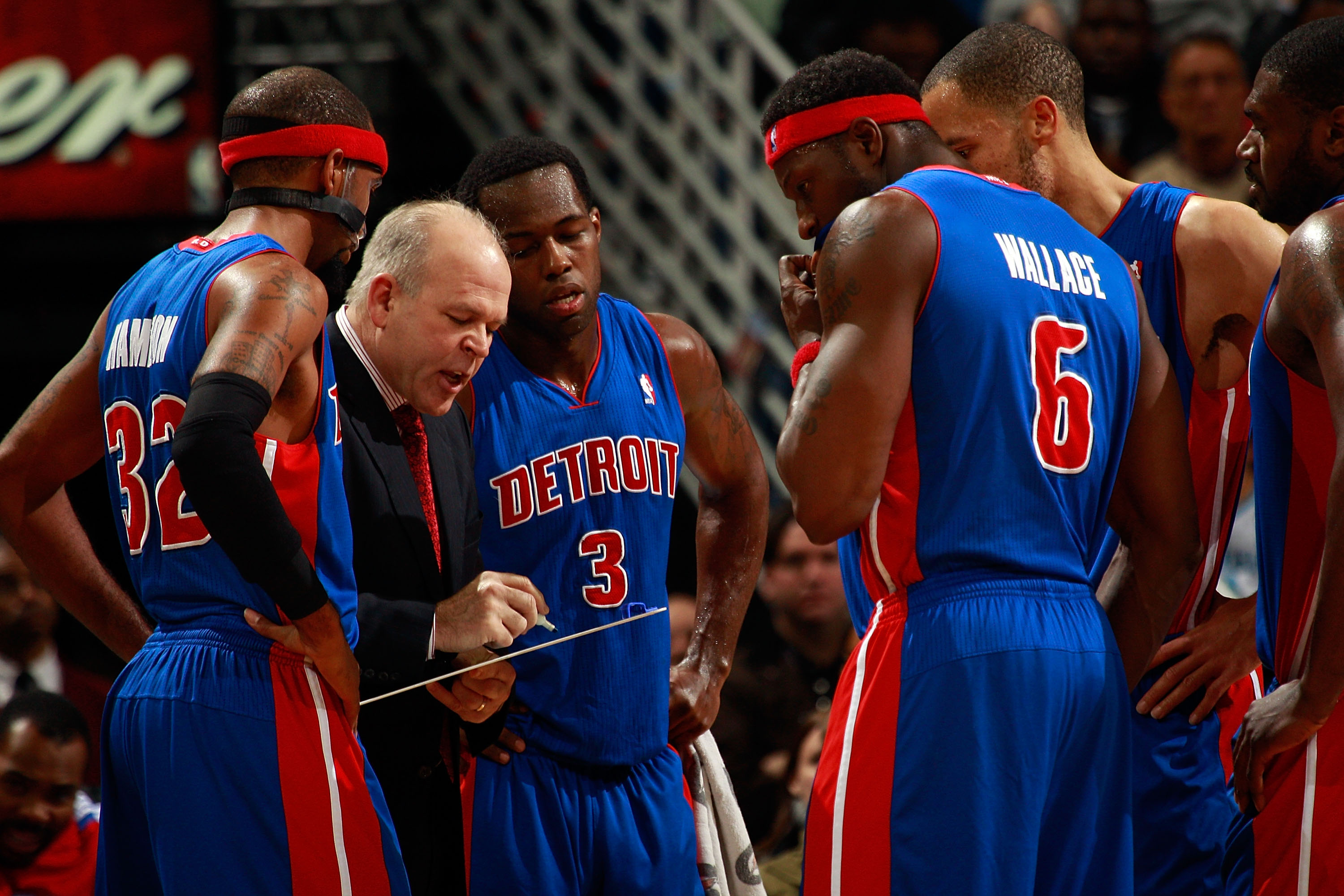 The Detroit Pistons are already a mess, but Yao Ming could give the team a sorely needed post presence.

The team has a number of holes to fill, but Ming would be a good start for the team. It would push Ben Wallace to the four and give them a tough interior defense.

Also, Ming's ability to actually score with consistency and efficiency would be a large boost over what Wallace fails to bring to the table.

Rodney Stuckey can also use his slashing abilities to penetrate easier and dish out when necessary. Ming's presence may even have Stuckey concentrate on being more of a playmaker instead of a scorer. 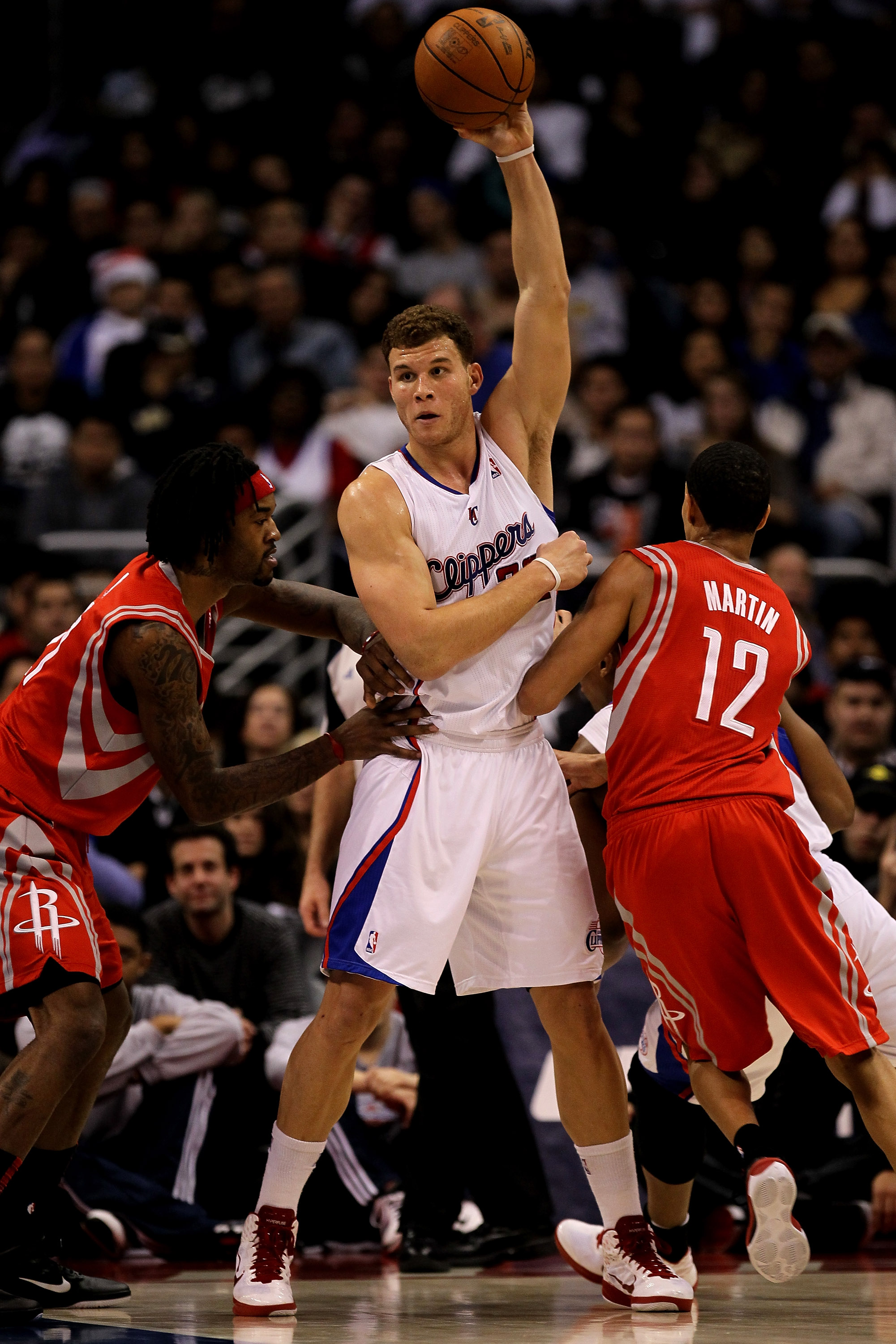 Donald Sterling would love to have Yao Ming with the Clippers for the sole purpose of marketing him and raking in the cash.

However, from a basketball standpoint, he could be a vital addition to the starting lineup due to his ability to stretch the floor with his shooting.

First, it allows the basket abuser, Blake Griffin, to continue what he has been doing all season long, but with some added room to work his magic. It also frees up some wider driving lanes for Eric Gordon to get through.

Ming wouldn't be the team's savior, but he might be enough to get them out of the basement of the league. 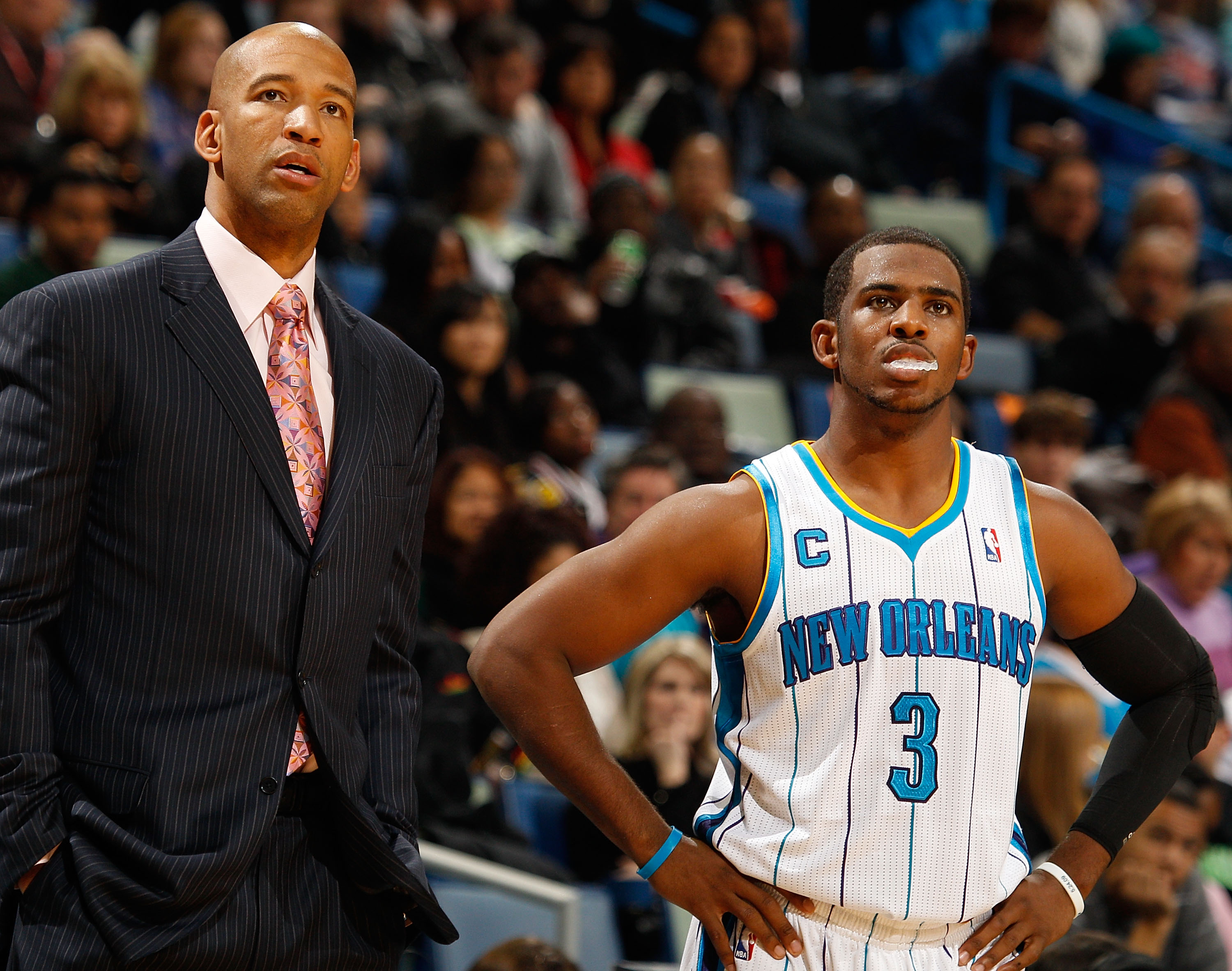 New Orleans already has the third-slowest pace in the NBA, so Yao Ming wouldn't really affect their pace all that much.

He would, however, give them a boost in blocks and rebounds. Two areas that the team is very middling in.

Emeka Okafor is a solid player, but he isn't all that effective at this stage of his career.

The frontcourt would be both a gift and a curse. Since both tend to spot up and shoot a lot of jumpers, there is no one to score in the low post. However, they do stretch the floor and open up driving lanes for Chris Paul.

If the Hornets became a purely perimeter-oriented team, they would have to kick up the pace a notch in order to compensate. 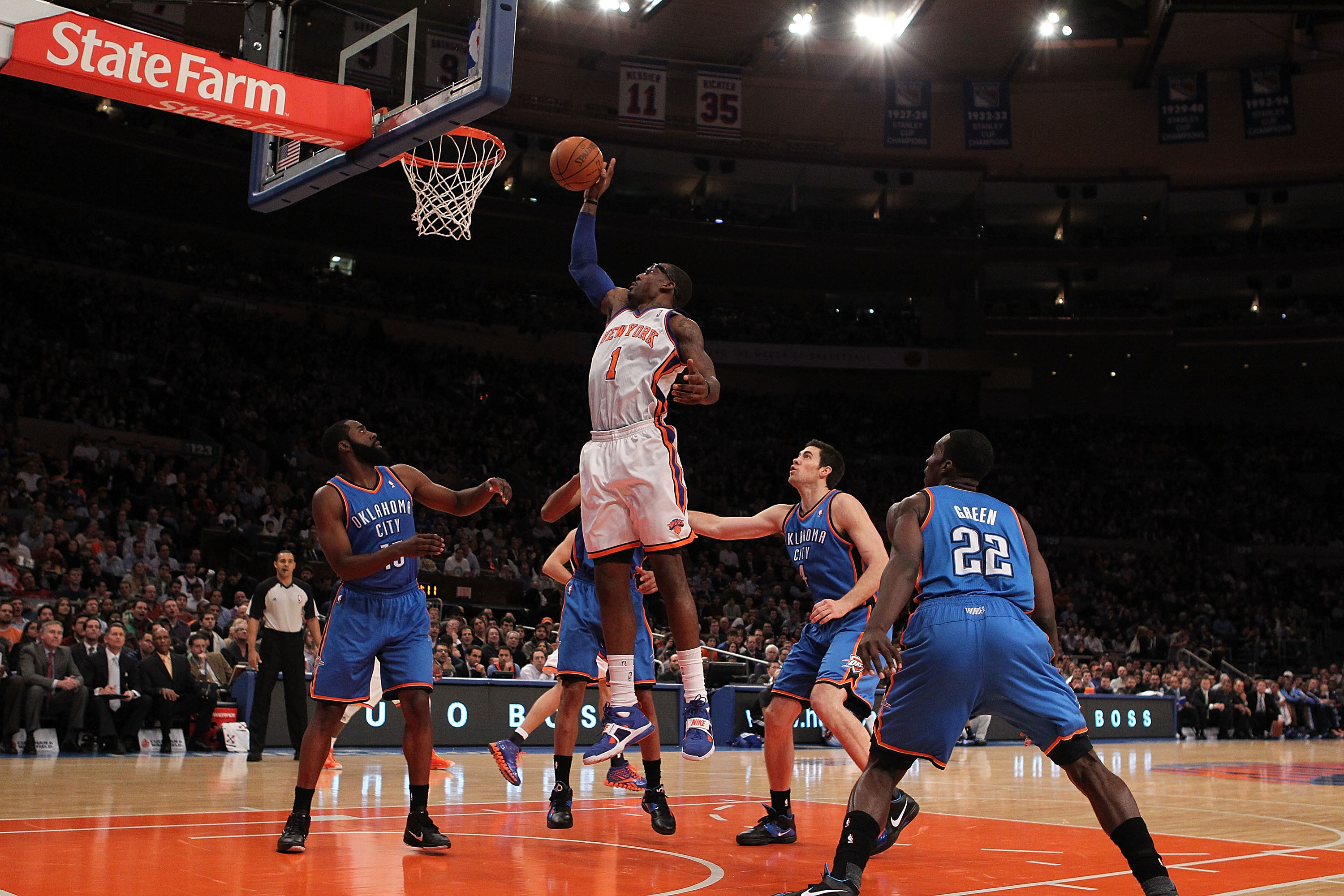 First and foremost, it would get Eddy Curry's rotting carcass out of New York. He hasn't contributed at all for the last couple of years, so if Yao Ming ever went down to injury, it's something the team would be prepared for.

New York would welcome him with open arms. The large Chinese population would surely flock to games, giving the ever-greedy James Dolan even more money to line up his coffers.

All kidding aside, if Ming was able to return to any semblance of his former self, he could greatly help the Knicks. The team has been searching for a starting center throughout the first quarter of the season and Ming could quickly alleviate that when healthy.

It allows Amar'e Stoudemire to move back to his natural position at power forward and Ming's ability to stretch the floor would allow Stoudemire to attack the basket without seeing constant double and triple teams.

Ming would also improve the team's rebounding, which is average at best. 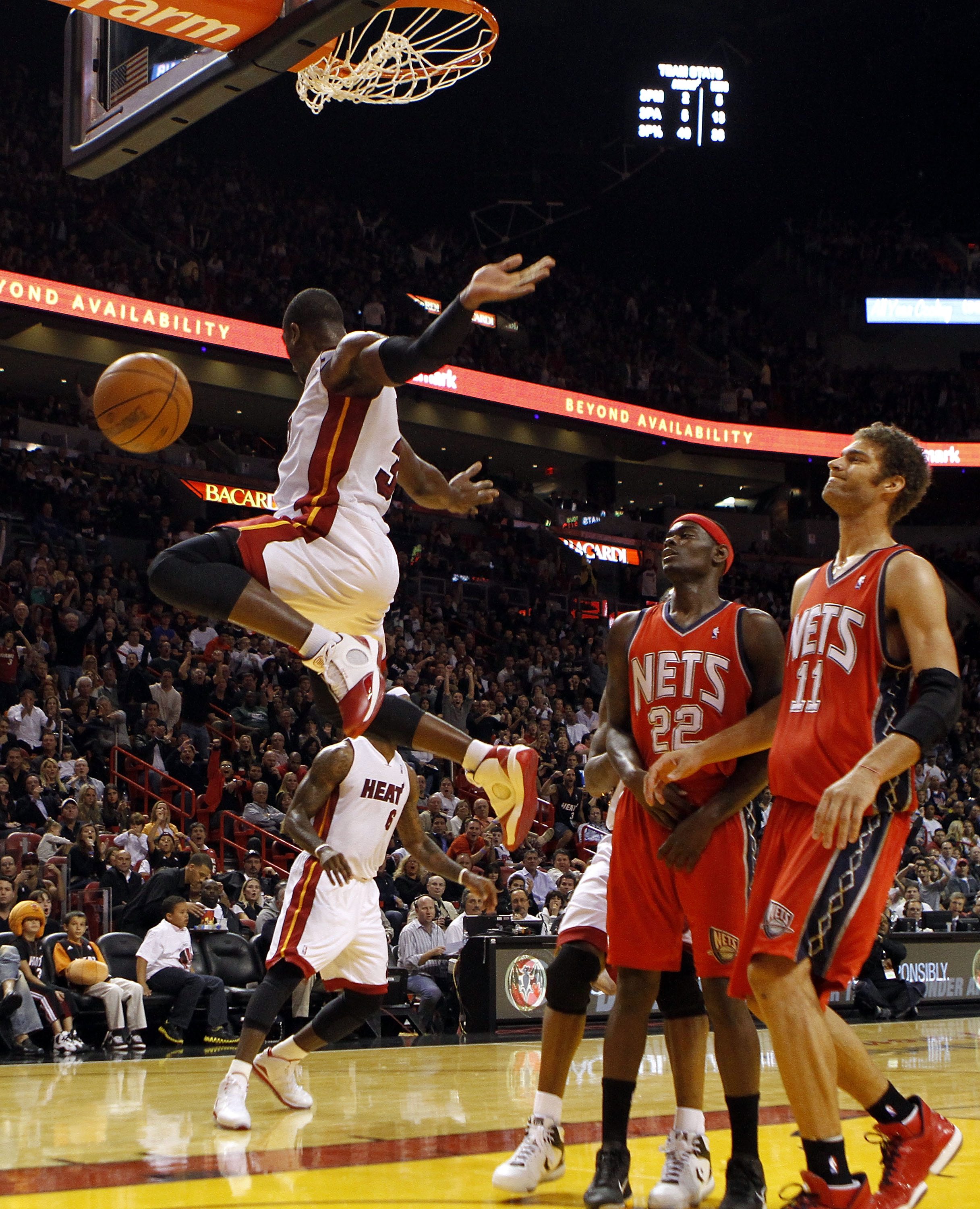 Troy Murphy is rotting away on the Nets bench and moving his expiring contract should be a priority. Despite his lack of playing time, Murphy is still capable of contributing to a team and Houston would surely covet his shooting abilities.

If Yao Ming went to the New Jersey Nets, it would push Brook Lopez over to the four, a position that may even suit him better considering how poor of a rebounder he is.

This move would give the Nets two frontcourt players standing at seven feet and over, which makes for an intimidating presence when opposing teams are trying to penetrate.

Lopez can shoot mid-range shots, but he's also capable of going into the low post to score. Ming stretching the floor can give Lopez more room to work.

Also, since both Lopez and Ming can stretch the floor, it would give Devin Harris space to maneuver his way into the paint and to the rack. 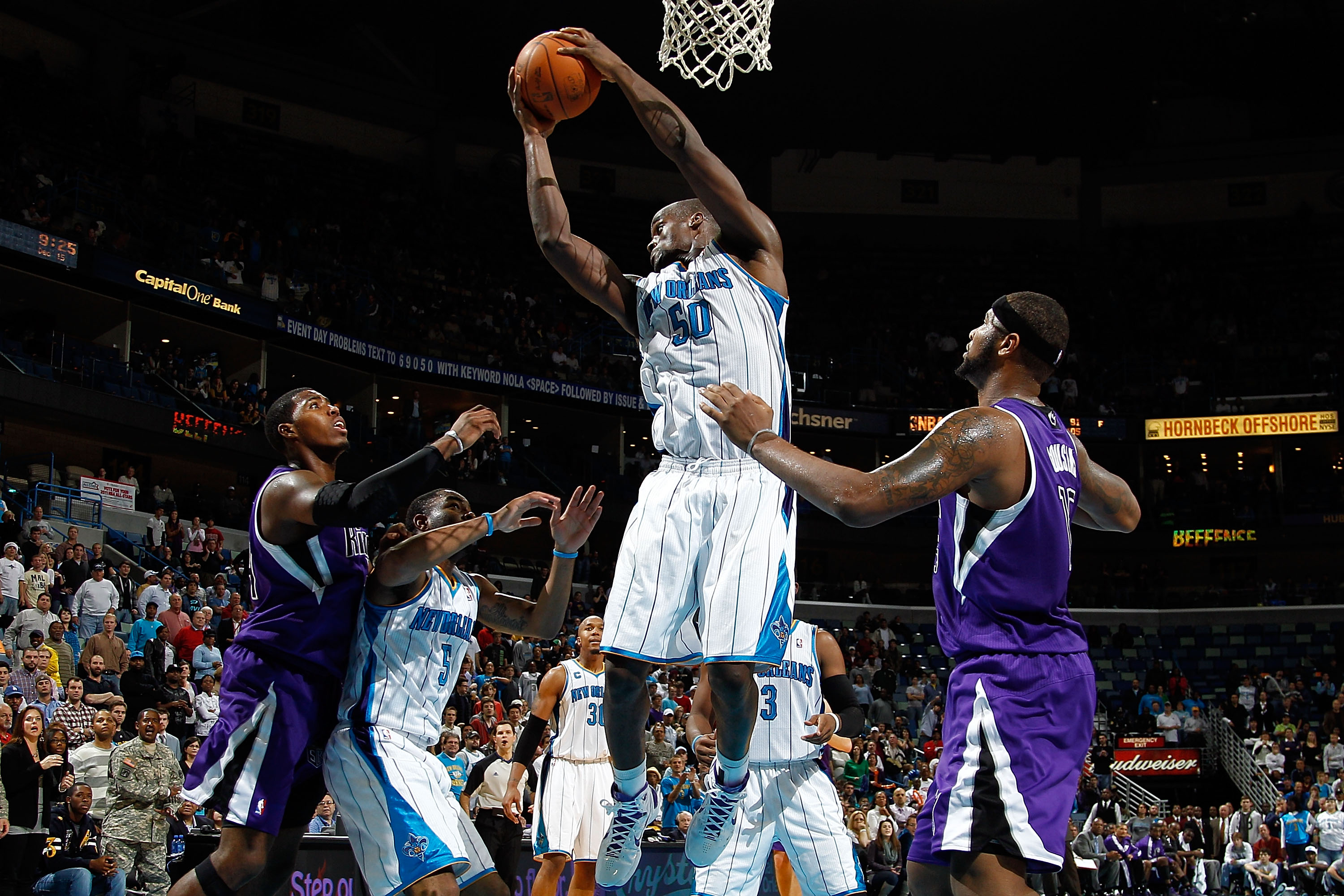 The Houston Rockets have actually been trying to trade with the Sacramento Kings, but to no avail. They highly covet DeMarcus Cousins and have been attempting to acquire him for some time. Houston is also purportedly interested in getting Carl Landry back.

If Yao Ming found himself in Sacramento, he would be an excellent fit.

Ming gives the Kings a consistent force in the middle, instead of the carousel they have going now. His shot blocking and rebounding abilities would also be a boon.

Most importantly, he would give Tyreke Evans more space to work his masterful slashing abilities to get to the hoop.

Sacramento wouldn't be competing for a title with this roster, but it would at least be a fringe playoff team. 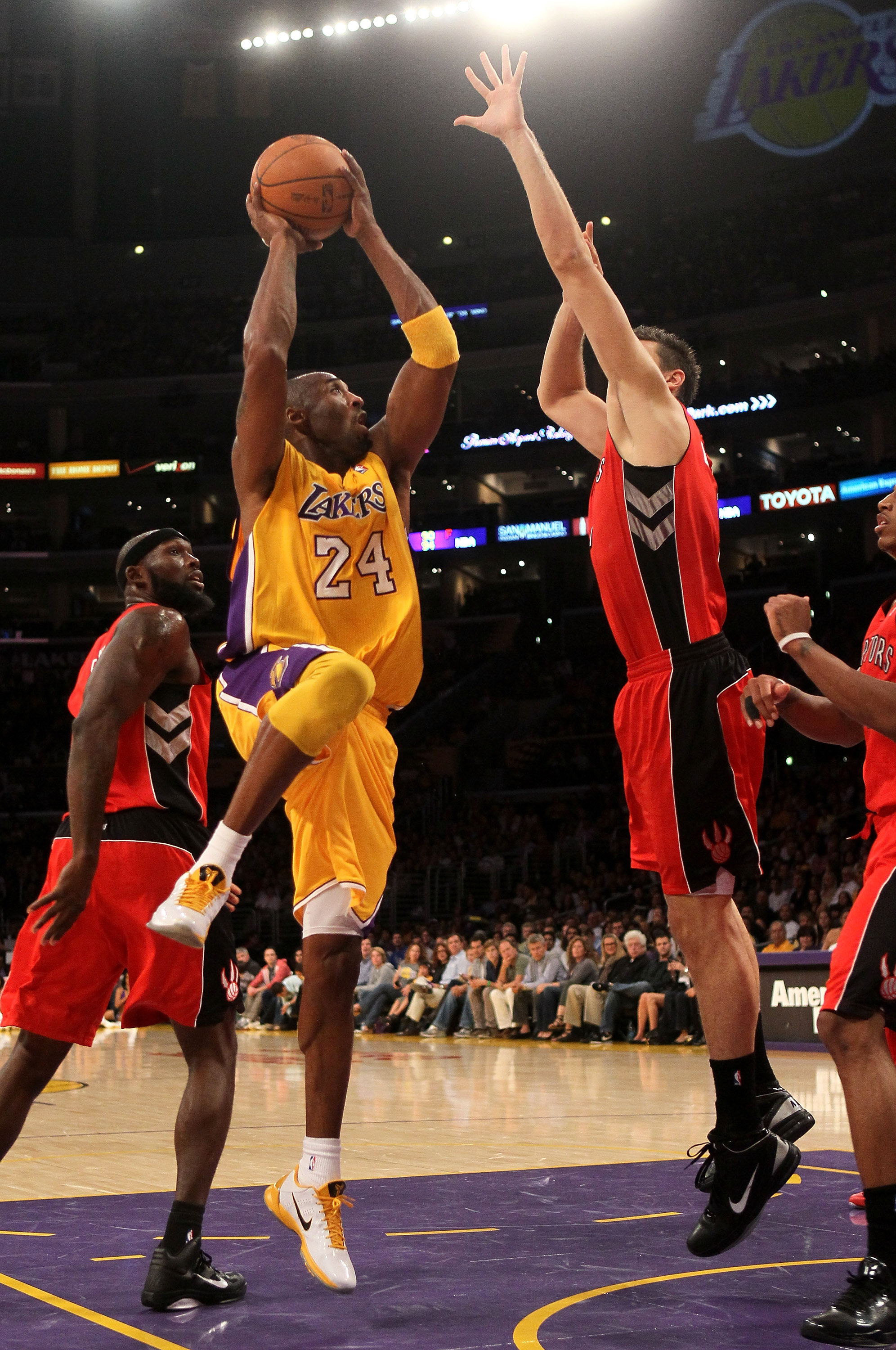 If Yao Ming went to the Toronto Raptors, it would bring back bad memories of Hakeem Olajuwon finishing his career out there.

However, in this scenario, Ming would find himself rejuvenating his career there.

Andrea Bargnani would find himself at the four in this situation. It would allow him to concentrate on scoring because it appears he's allergic to rebounding. This area would get an immediate boost with Ming starting at the five.

While Bargnani is far from being a defensive force, he's a solid shot blocker, and pairing him with Ming would make players think twice before challenging the two of them. Perhaps this could improve their putrid defense.