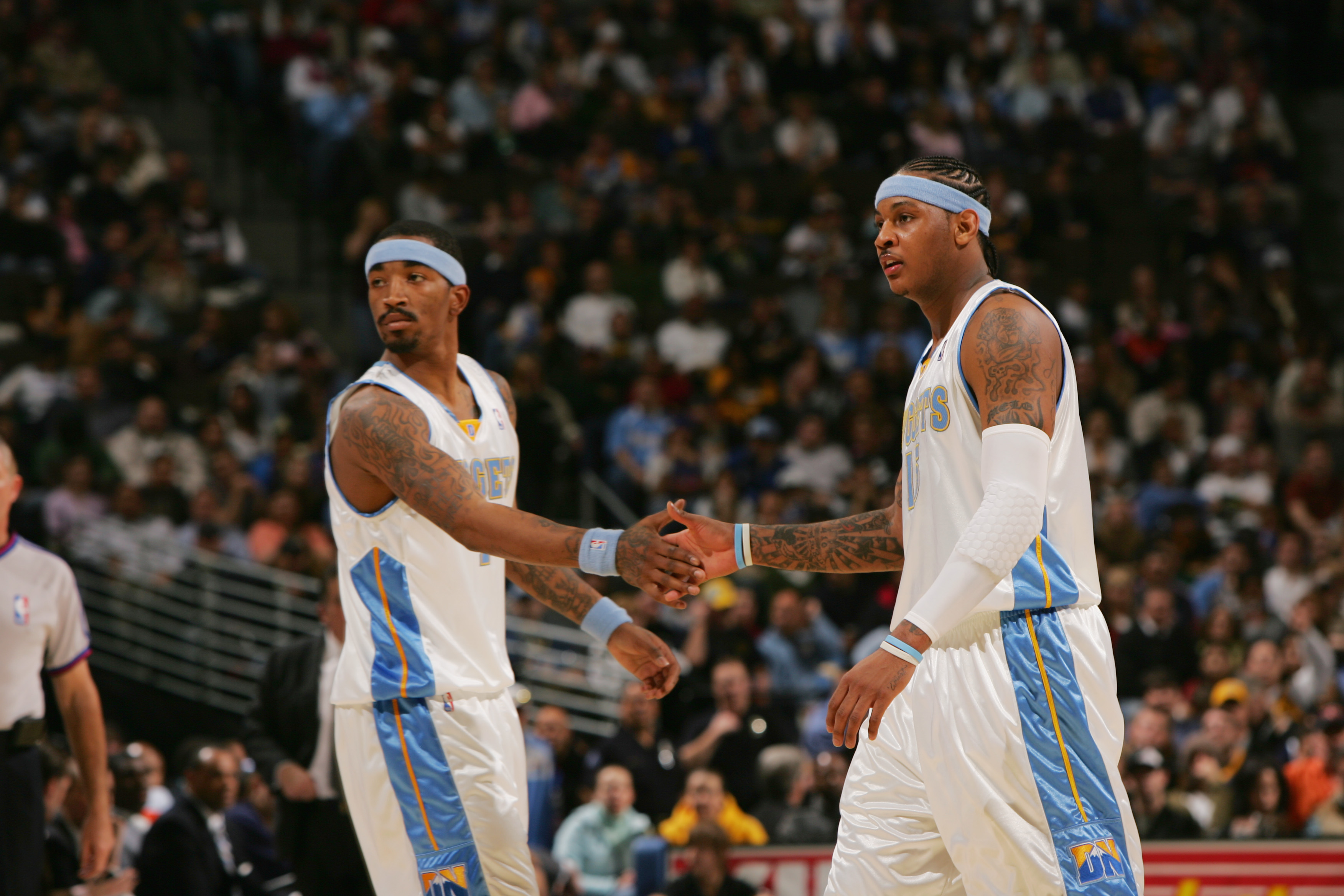 NBA trade rumors center on Carmelo Anthony, but any deal involving him would have a ripple effect on the trade market.

J.R. Smith, for one, could follow Anthony out of town or find himself in a different zip code entirely. The Chicago Bulls are in the market for a shooting guard and Smith would fit into that role nicely.

However, the NBA landscape is in a constant state of flux and we're sure to see a number of deals go down before the February trade deadline. 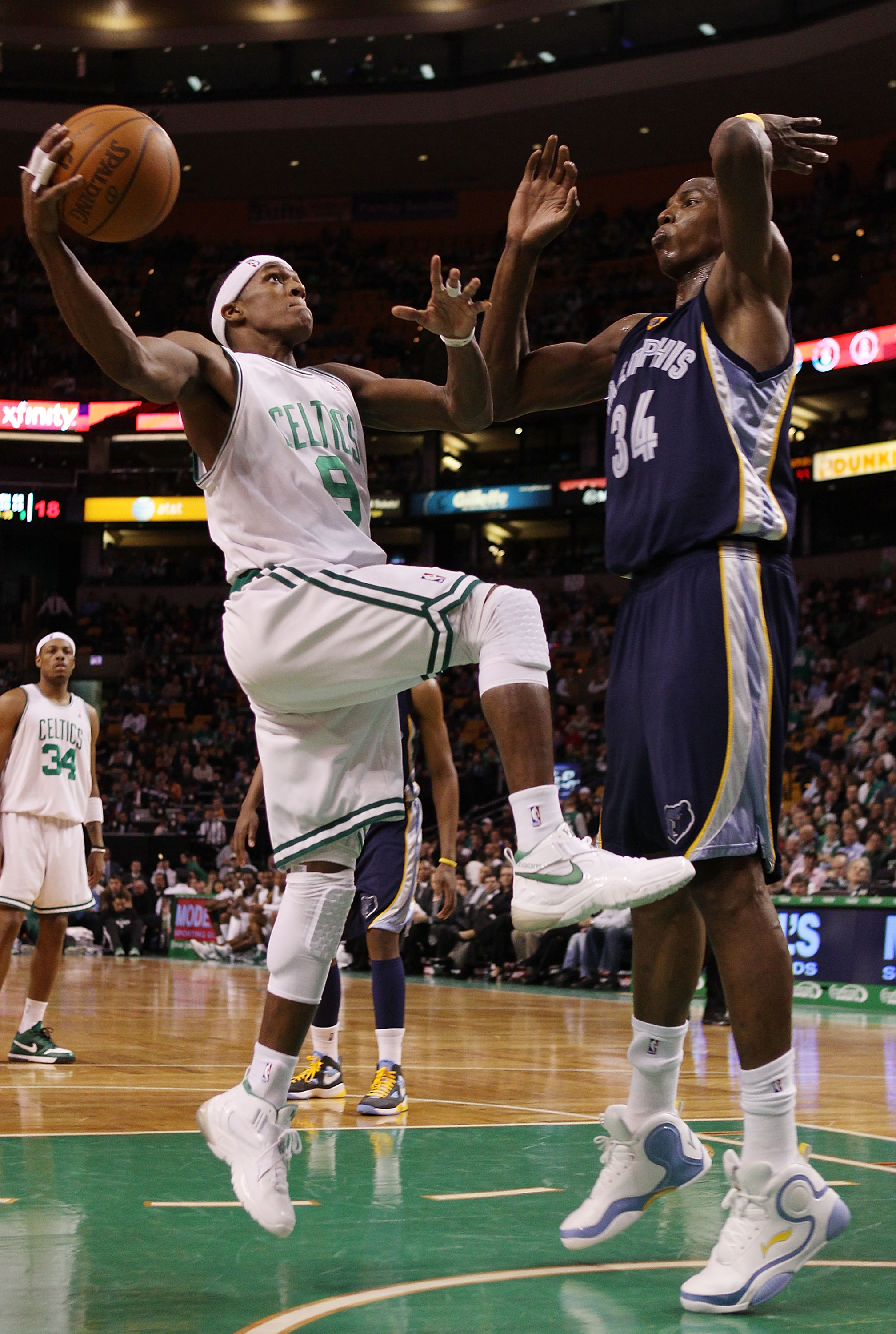 Hasheem Thabeet isn't a bust quite yet, but he's nearing that territory.

The former No. 2 overall pick has had little to no success thus far and with the Grizzlies looking to upgrade their roster to make a playoff push, Thabeet may find himself on the way out.

There have been no concrete discussions involving the center, but if he were to be traded, it would likely be for veteran help.

Perhaps the Orlando Magic—who are looking for a backup big man—will soon inquire about his services. 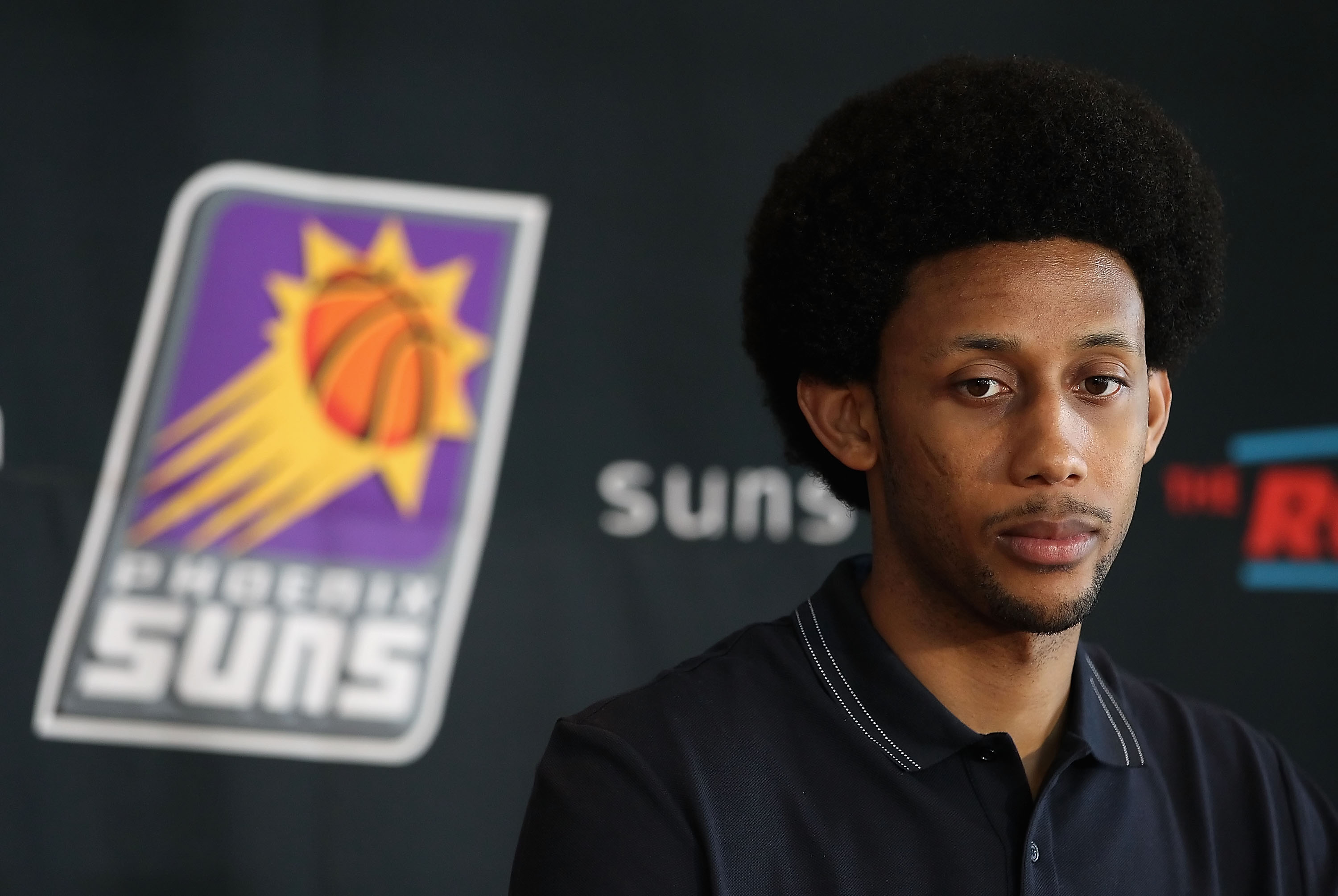 The Phoenix Suns are purportedly trying to shop Josh Childress, but to little avail.

He's had a slow start adjusting to the NBA level in his return to the league—partly due to his fractured finger—and he is drawing no interest around the league.

Childress is being paid handsomely for being little more than a benchwarmer and he's on the books for five more years at an average of $6.5 million.

Unless he really starts to pick up his production and return to pre-Europe form, Childress will be with the Suns for the foreseeable future. 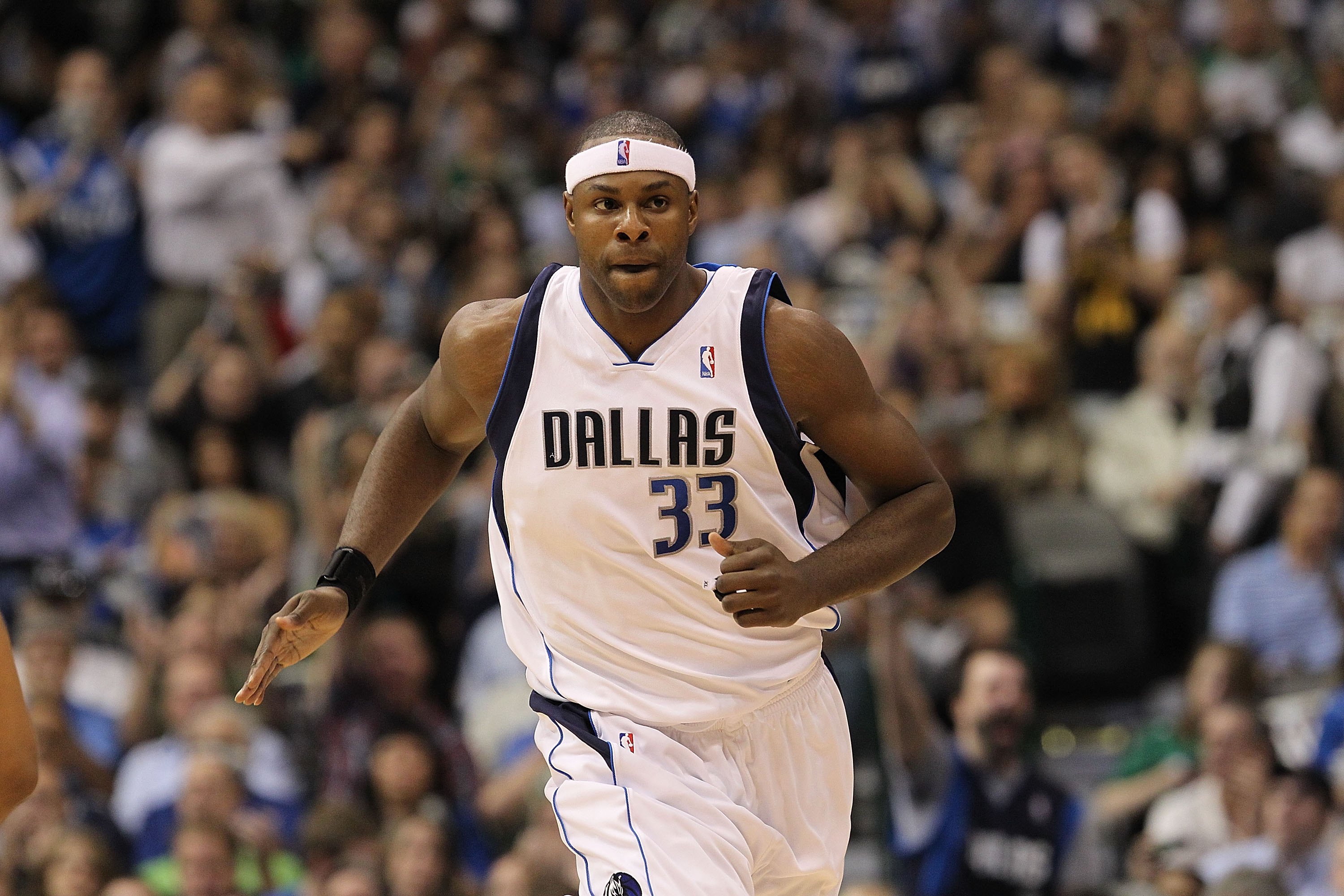 However, he has taken a back seat to a resurgent Tyson Chandler.

While Haywood is a capable center, he has one of the least desirable contracts in the NBA at this point. Of course, that doesn't mean that a team won't trade for him. It's just unlikely at this point. 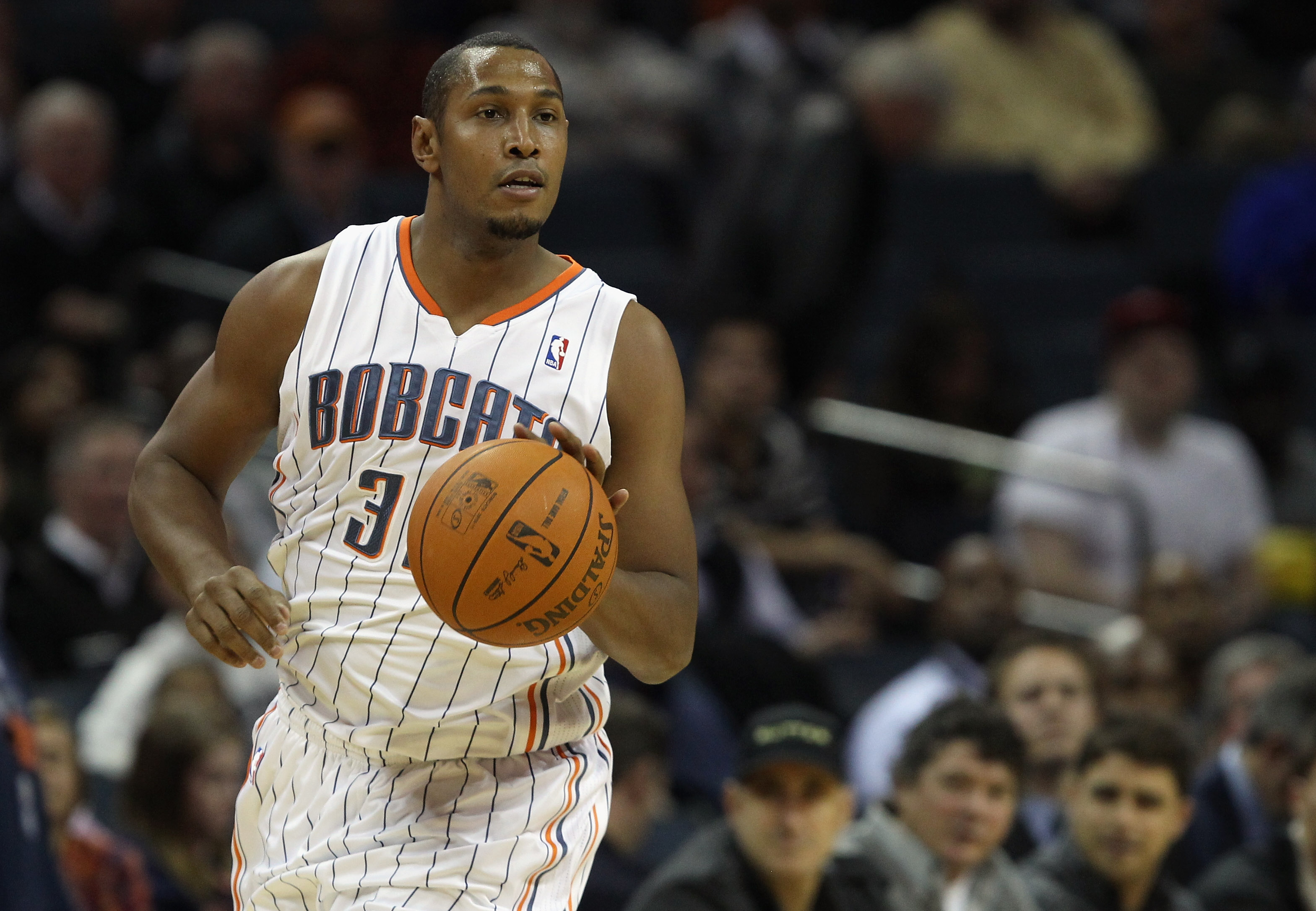 Boris Diaw's name has popped up on the trade radar.

The Orlando Magic have made it no secret that they're looking for a big man to help back up Dwight Howard. Charlotte would love to rid themselves of Diaw's $9 million contract and they could try and snag Jason Richardson, who has an expiring contract, away from Orlando.

There's even a chance that the Charlotte Bobcats try and include Diaw in a deal for Yao Ming. 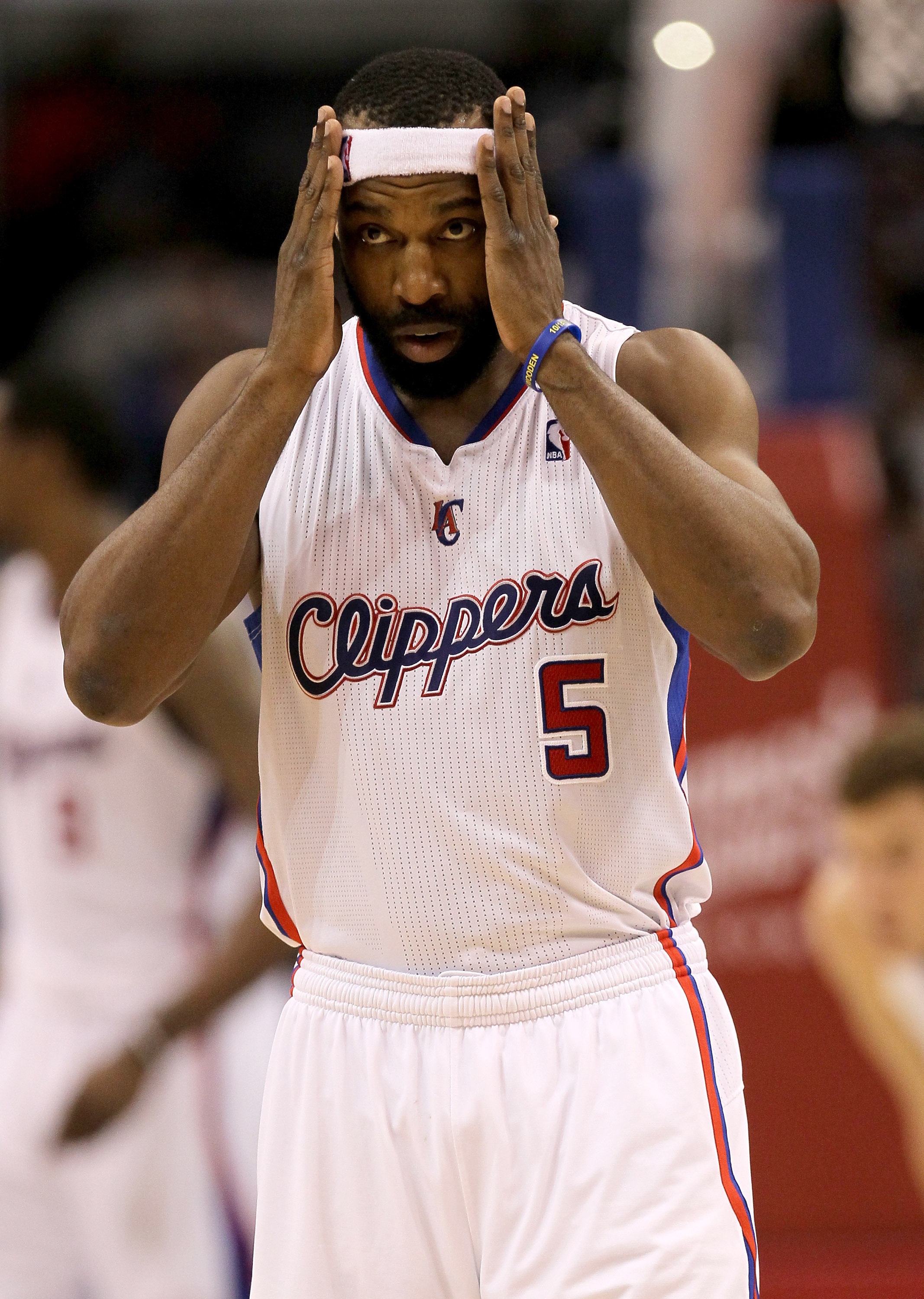 Baron Davis is the target of Michael Jordan and the Charlotte Bobcats.

There are rumors that Jordan is trying to trade D.J. Augustin, Matt Carroll and DeSagna Diop in exchange for Davis.

Davis' tenure is clearly coming to a close in Los Angeles well before his contract concludes. Clippers owner Donald Sterling has even stooped low enough to heckle his very own point guard from the stands.

Perhaps Davis can rejuvenate his career playing in the very city that he enjoyed several productive years in. 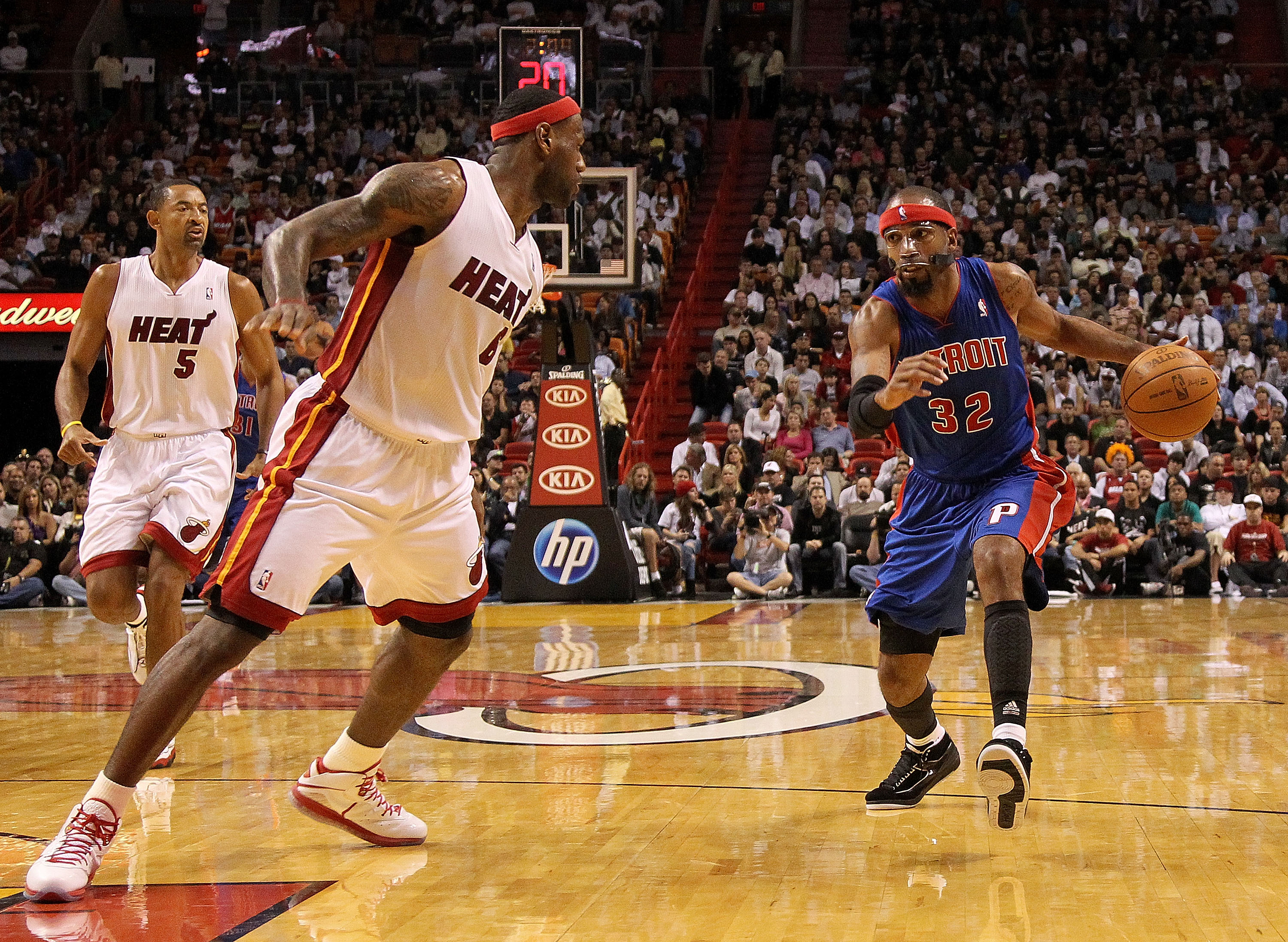 Despite all the reports that Rip Hamilton's days in Detroit are numbered, the chances of him being moved are very slim.

Hamilton has a crippling contract that would be near impossible to move.

The one team that supposedly had their eye on him was the Charlotte Bobcats to reunite him with coach Larry Brown.

However, now that Brown is no longer in Charlotte, the only trade suitor appears to have left town along with Brown. 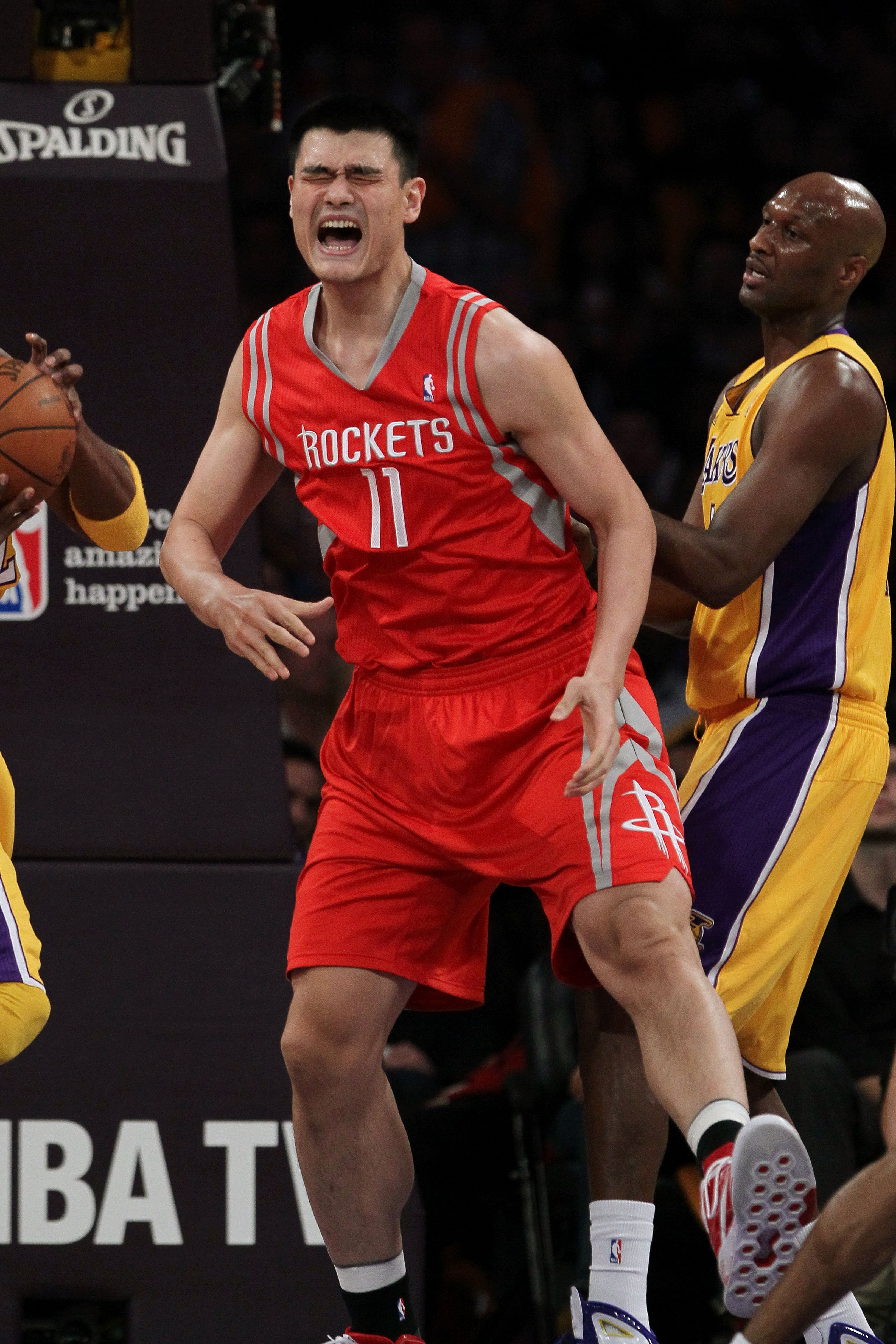 Yao Ming has become a potential trade asset for the Houston Rockets.

After his latest setback, which has him shelved for the entire season, Ming may find himself wearing a different NBA uniform for the first time since being drafted.

The thinking is that the Rockets can entice a trade out of a team looking for financial relief, which Ming provides with an expiring contract and the fact that a portion of his current contract is insured.

The Rockets applied for a disabled player salary-cap exception worth $5.88 million and they have a $6.33 million trade exception in their possession. 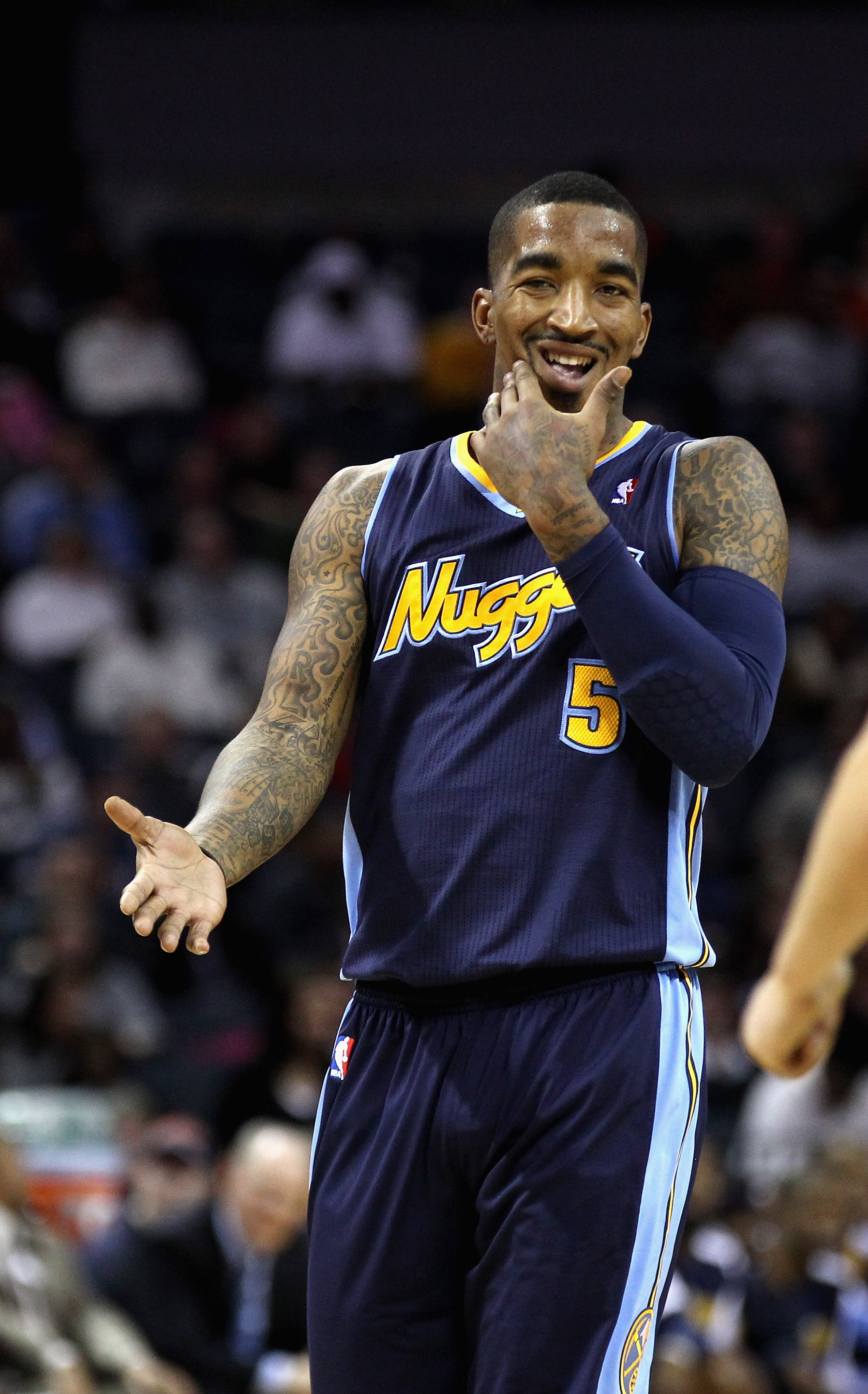 The prevailing notion is that if and when Carmelo Anthony is dealt away, J.R. Smith will find himself on a one way ticket out of Denver.

There's a chance that Smith is included along with Anthony in any deal. If not, Smith could very well find himself wearing a Bulls uniform before February.

The Bulls are in need of an upgrade at the shooting guard position and Smith could be the added scoring punch they've been looking for. He gives them the outside shooting they need and he has immense talent just waiting for the opportunity to shine.

The Nuggets front office has publicly stated their desire to keep Smith around, but his constant clashes with coach George Karl may make that impossible. 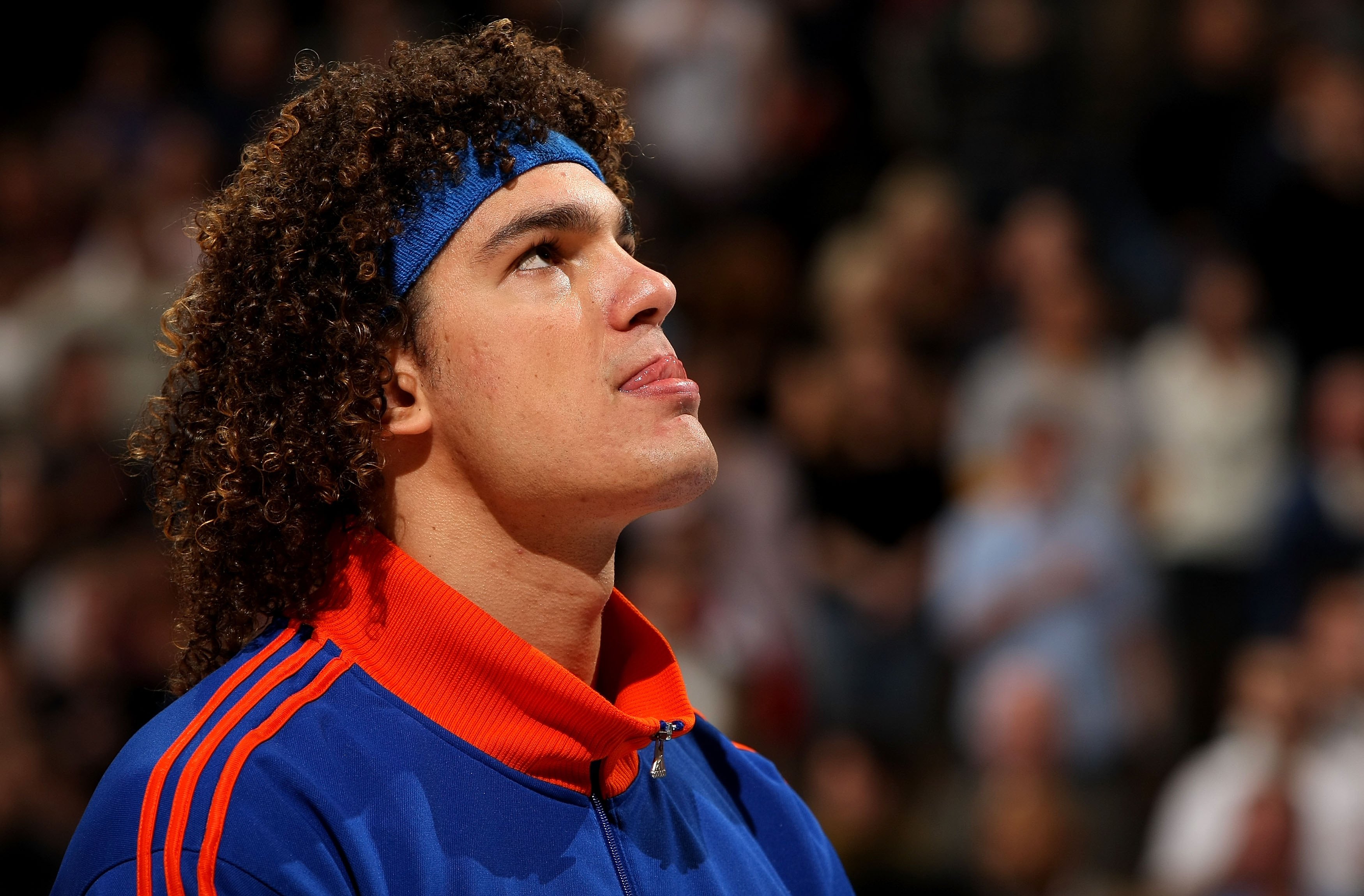 The New York Knicks are looking for a center and the Cavaliers mop-headed big man, Anderson Varejao, may be the player they covet.

He's a high energy player that can play defense and rebound, which are two areas the Knicks need an upgrade in.

Unlike Ronny Turiaf, Varejao is capable of logging extensive playing time and he's one of the best at defending the pick-and-roll. 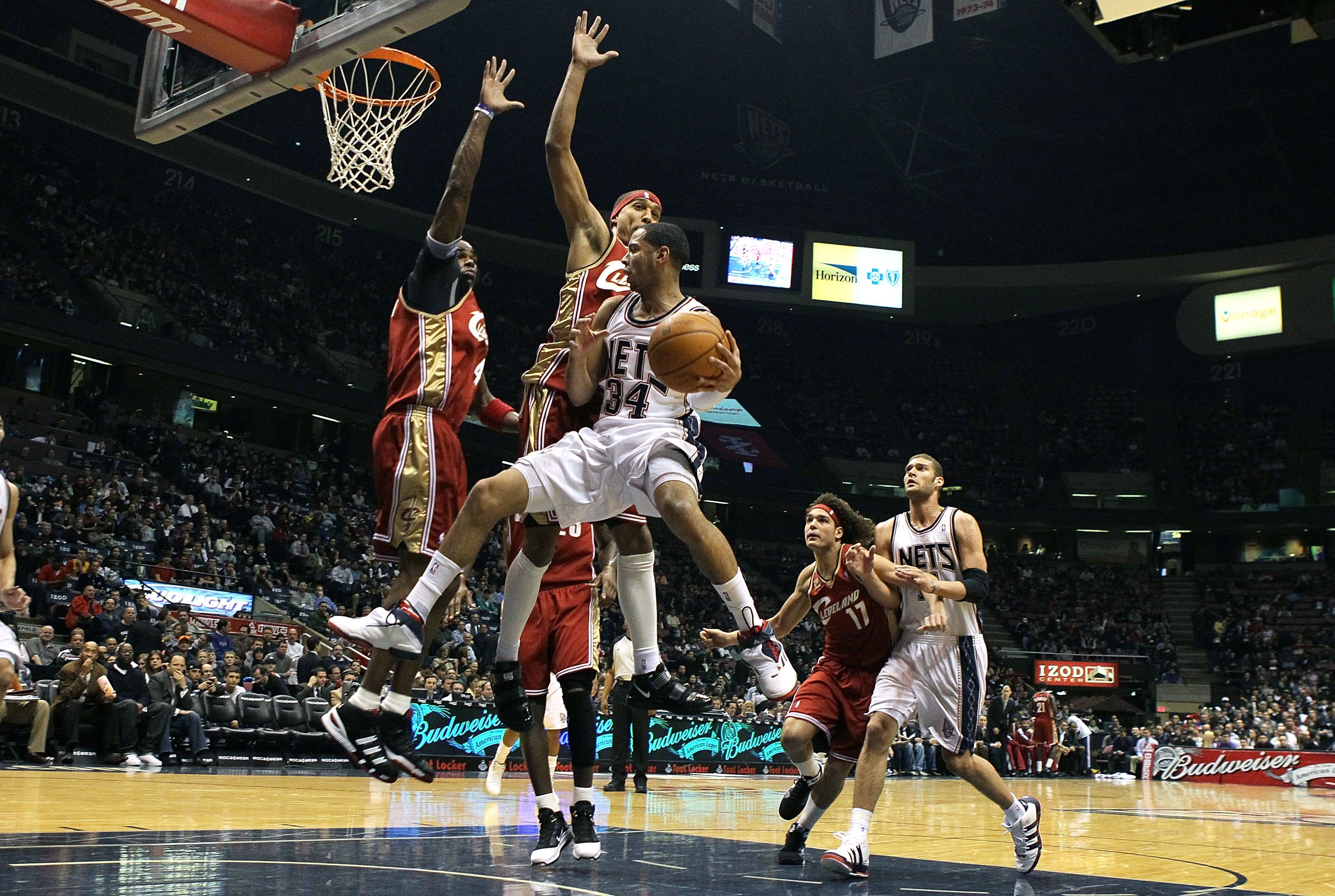 Devin Harris has found himself included in a number of speculative and proposed trades.

It's widely believed that he would be moved in a multi-team trade that would bring Carmelo Anthony to New Jersey.

Harris has been linked to a number of teams from the Charlotte Bobcats to the Portland Trail Blazers.

Either way, if Anthony finds his way to New Jersey, chances are that Harris will find himself out of there. 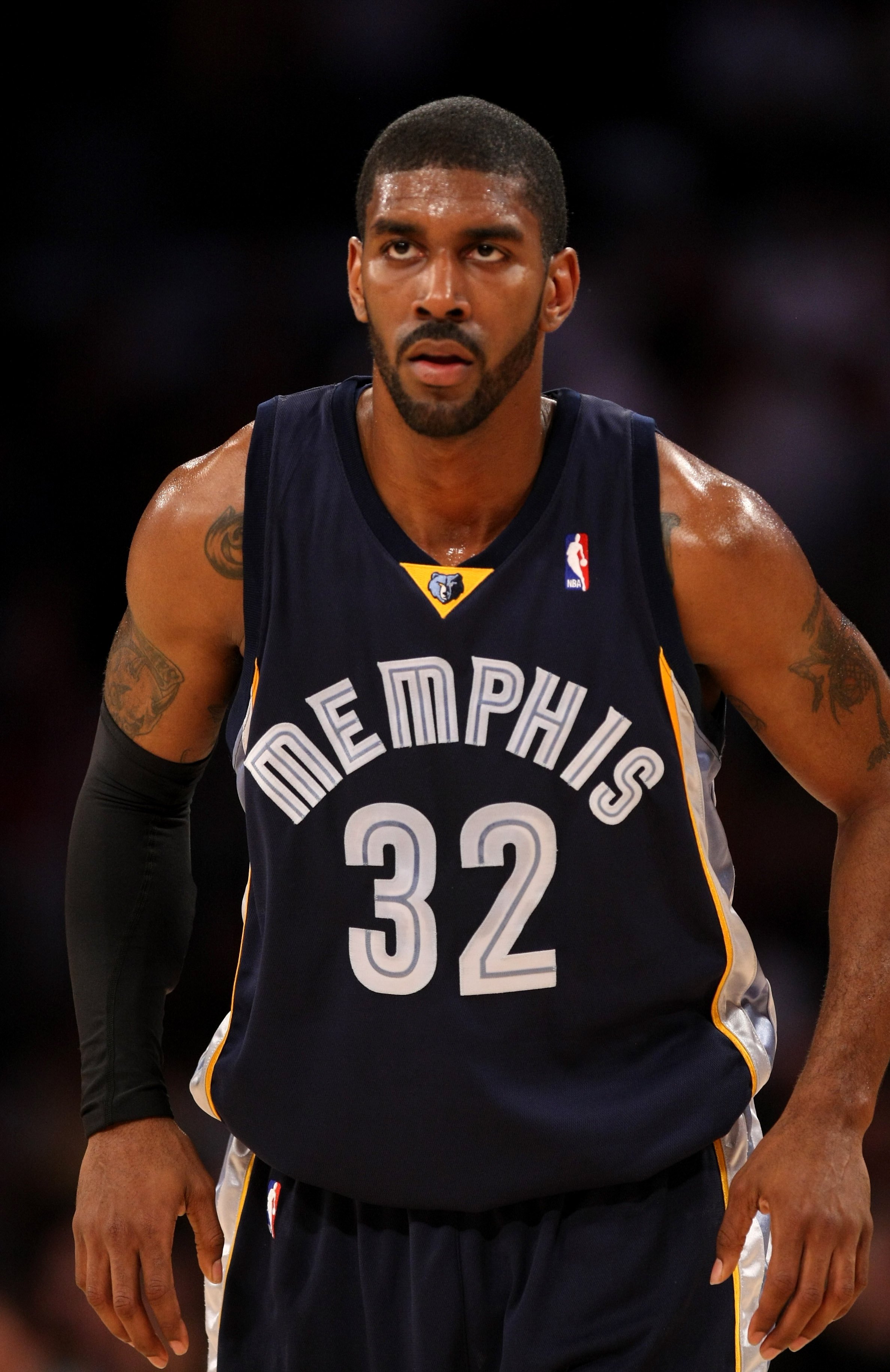 After being moved into a sixth man role, many began to speculate that O.J. Mayo was on his way out of Memphis, especially since he was struggling with the move.

While he has found his shooting touch recently, he's still a bit inconsistent.

Mayo is a valuable trade asset and if the Grizzlies don't intend to extend him, trading him now may be in the best interest of both parties.

The Chicago Bulls make a lot of sense as a potential destination. The team is in need of an upgrade at shooting guard and his shooting ability would pair nicely with Derrick Rose's slashing abilities.

The only problem would be coming up with an enticing enough trade package. 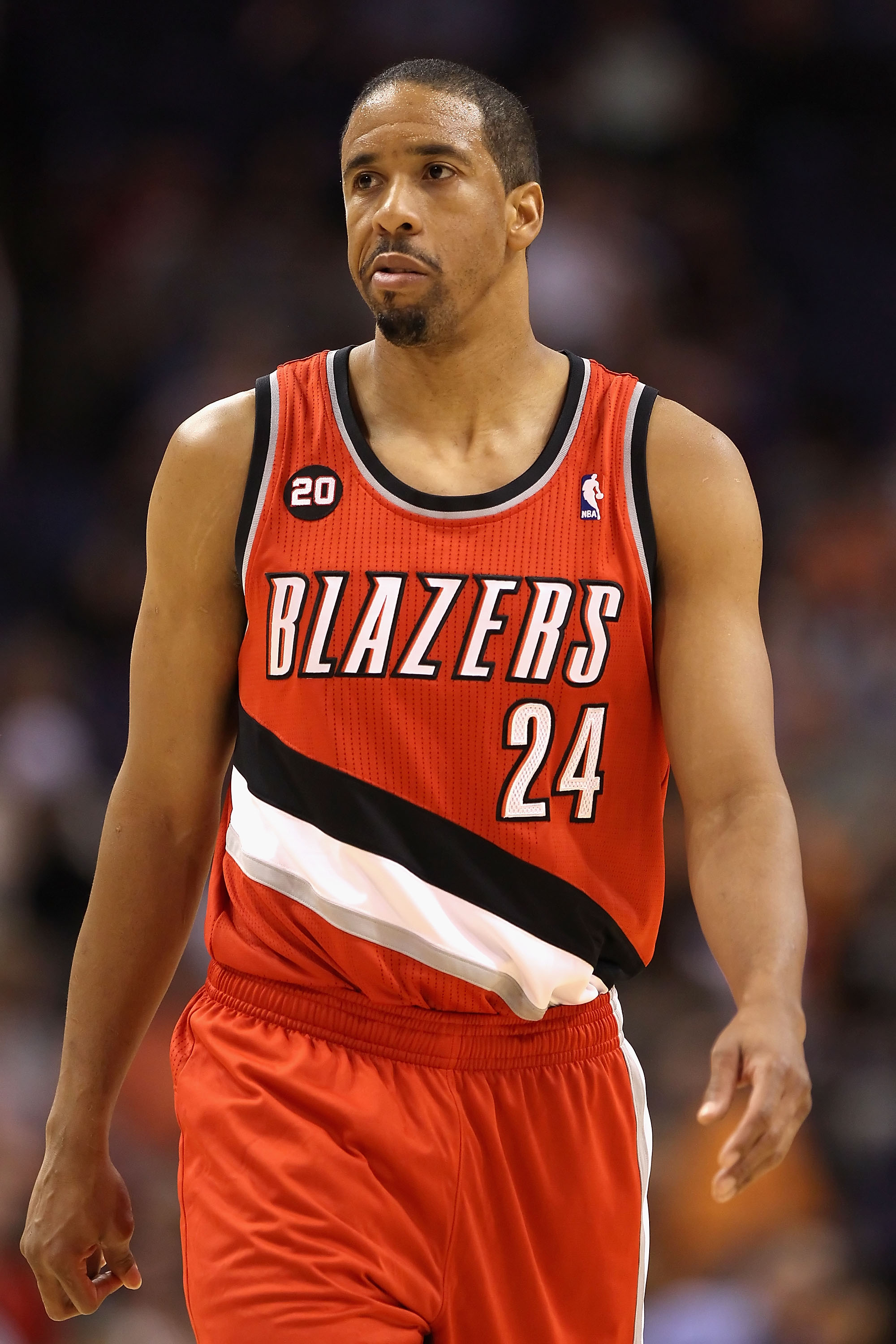 Andre Miller's name has picked up in trade speculation recently.

Brandon Roy is purportedly not happy playing alongside Miller and with the team struggling, a change may be coming.

Miller has a team option for next season, so he's essentially an expiring contract. However, Miller is still playing at a high level and he could be a valuable player on a number of teams.

He has been linked to the New Jersey Nets and Charlotte Bobcats.

With New Jersey, he could make his former teammate, Carmelo Anthony, more comfortable signing with the team.

In Charlotte, the proposed deal was to package a deal around Gerald Wallace and Andre Miller. 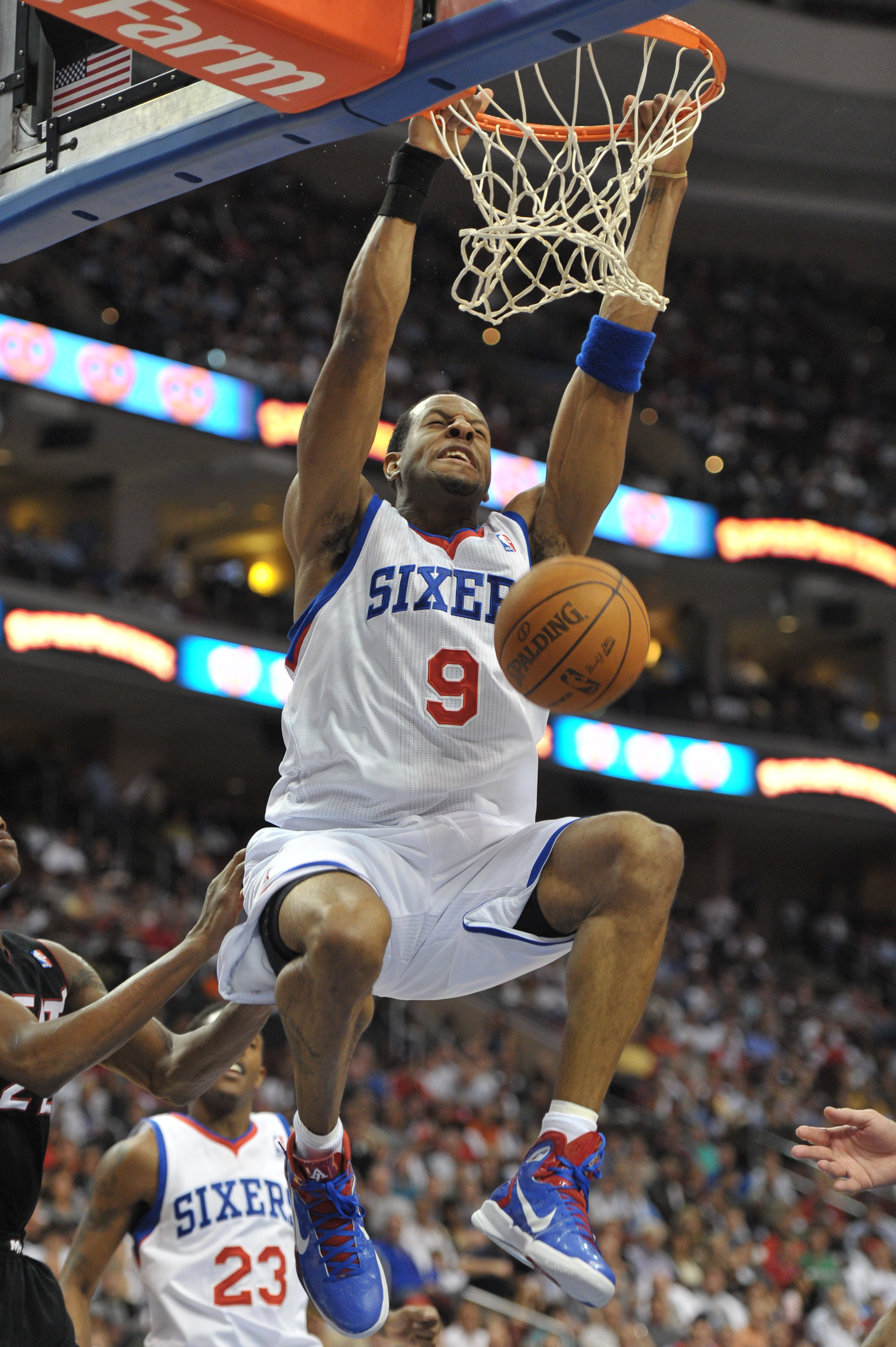 Andre Iguodala seems to fall just behind Carmelo Anthony in players who will eventually get moved at some point this season.

The Philadelphia 76ers are going nowhere fast and moving Iguodala now makes sense for the team on a number of levels. They save a lot of money by shipping him out and it appears as if his presence will hinder the development of Jrue Holiday and Evan Turner.

As great as Iguodala is, he's a second option and not the first. He dominates the ball a lot, which doesn't bode well for the 76ers' young backcourt.

Turner's ceiling appears to be Brandon Roy, and if he can live up to his potential, the 76ers will have a bright future ahead. It's all about developing him now and grooming him to be their franchise cornerstone.

The New York Knicks have Iguodala on their radar should a deal for Carmelo Anthony fall through. Iguodala may actually be a much better fit in Mike D'Antoni's system, so the Knicks may be able to pry him away for far less.

However, New York is not alone. Houston, Dallas and a number of teams allegedly have interest in the versatile swingman. 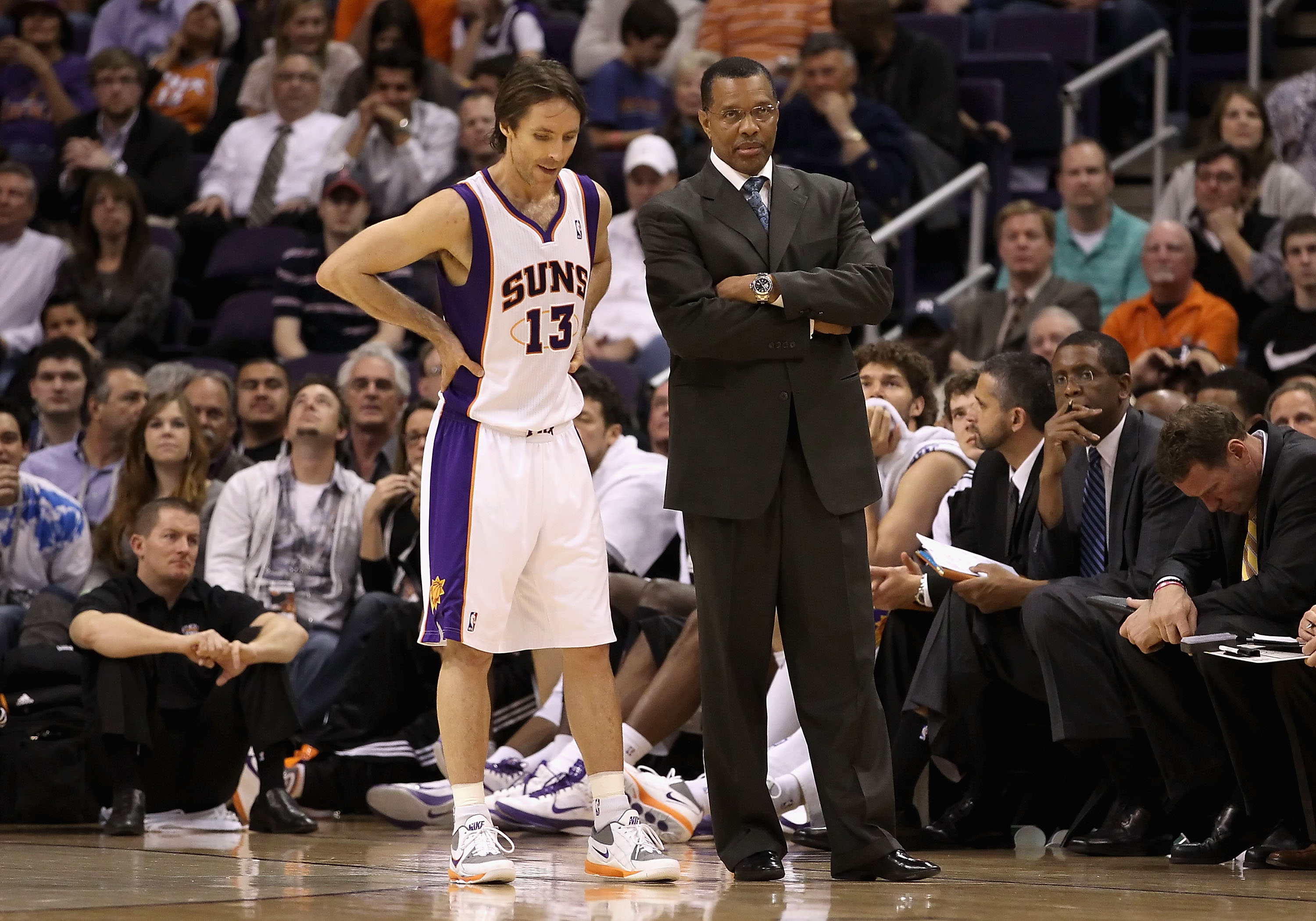 Steve Nash is not on the open trade market, but that won't stop people from speculating about a potential trade.

After the blockbuster trade with the Orlando Magic, many were quick to wonder if Nash would follow Richardson out of town. However, Nash has no intention of requesting a trade.

"I could be in a city that maybe doesn't have the guys we have," Nash told The Arizona Republic. "I want to be positive and make this a great opportunity and a great season. I know a lot of people are telling me to demand a trade. If I demand one, does that mean I get to pick my team? No. It's not that simple. Maybe somebody could explain to me the reasoning. You can't just go in and tell management where you want to go. I signed to play here and I want to make this team a really good one."

Still, Phoenix will continue to field calls about his availability, especially if they fall further away from the playoff picture. 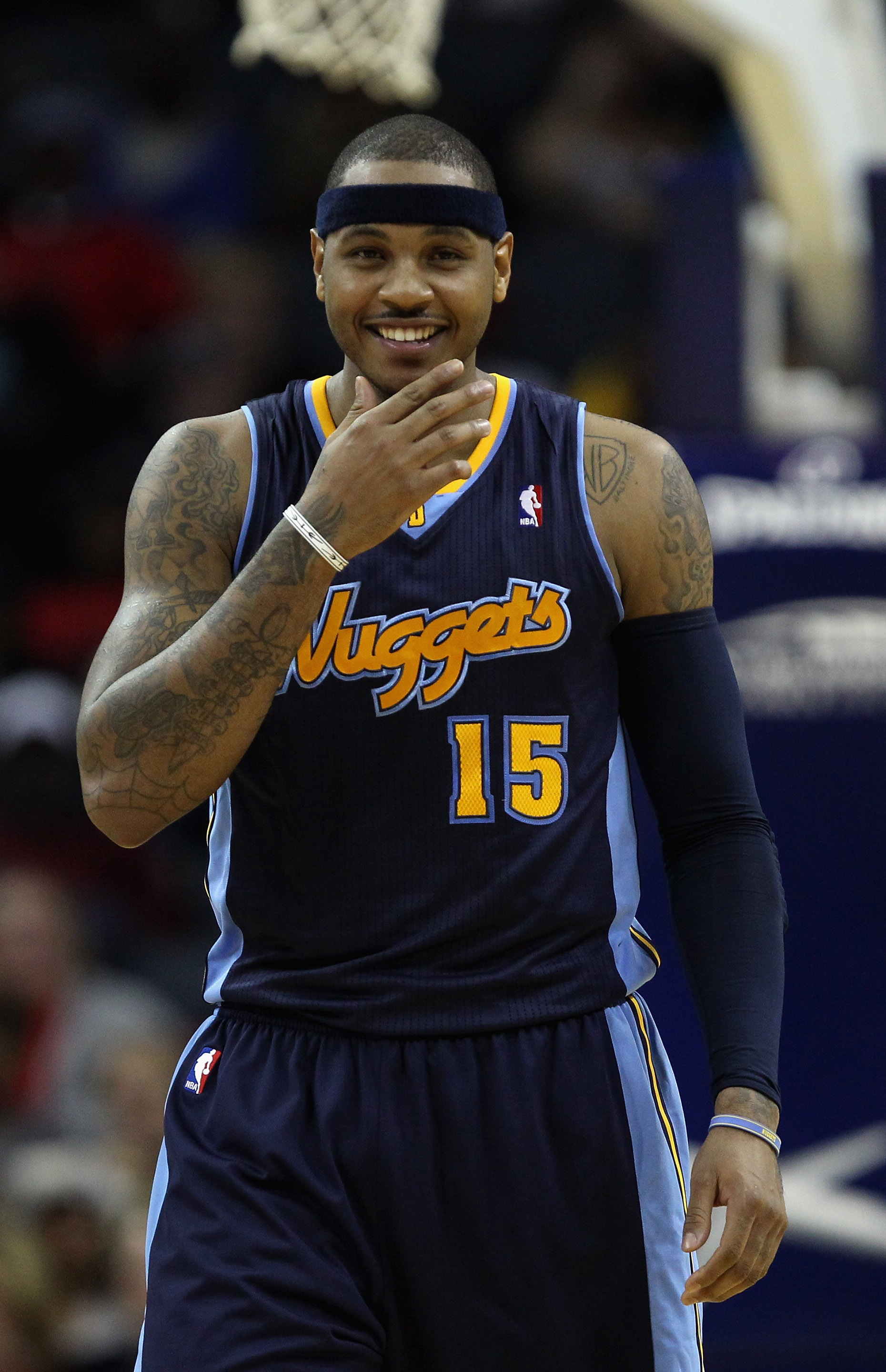 The big question falls on Carmelo Anthony and his eventual destination.

Mark Cuban may be trying to get a one-year rental out of Anthony, but the Mavericks' trade package falls short of matching up with the likes of the New Jersey Nets.

The Nets have reloaded their arsenal after acquiring three first-round draft picks in a recent trade. Anthony is the ultimate goal and it looks like they will not stop in their attempts to land him until he is either wearing a Nets uniform, or he has a contract extension in place with another team.

There are reports that Anthony will sign off on an extension with New Jersey as long as they can bring some talent along with him to make the Nets competitive.

However, the longer the process gets drawn out, the chances of Anthony landing in New Jersey look slimmer by the day. The Nets have one of the worst records in the league and making the playoffs is a long shot at this juncture. By the time the February trade deadline rolls around, the Nets will be too far out of contention for even Anthony to be able to make a difference.

With the Nuggets nearing full strength, they will likely try and make one last push to convince Anthony that Denver is where he should stay.