How Much NBA Talent Does the Marquette Roster Have? 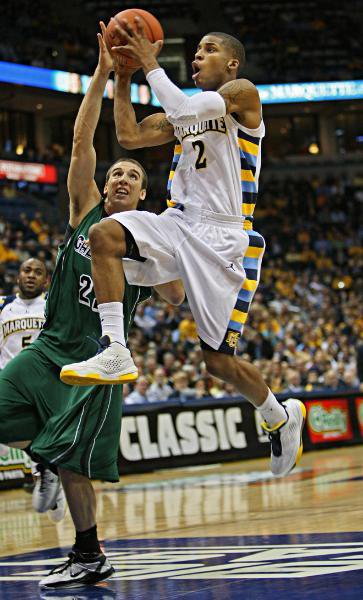 Marquette basketball hit the scene big when Dwayne Wade had such a successful college career playing for the Golden Eagles. That success has continued for the team and all who have played there. Other notable players to come out of Marquette since Wade are, Travis Diener, Steve Novak, Dominic James, Wesley Matthews, and Lazar Hayward.
That is a pretty good list of basketball players.

Out of the Marquette roster right now who has the most NBA talent? 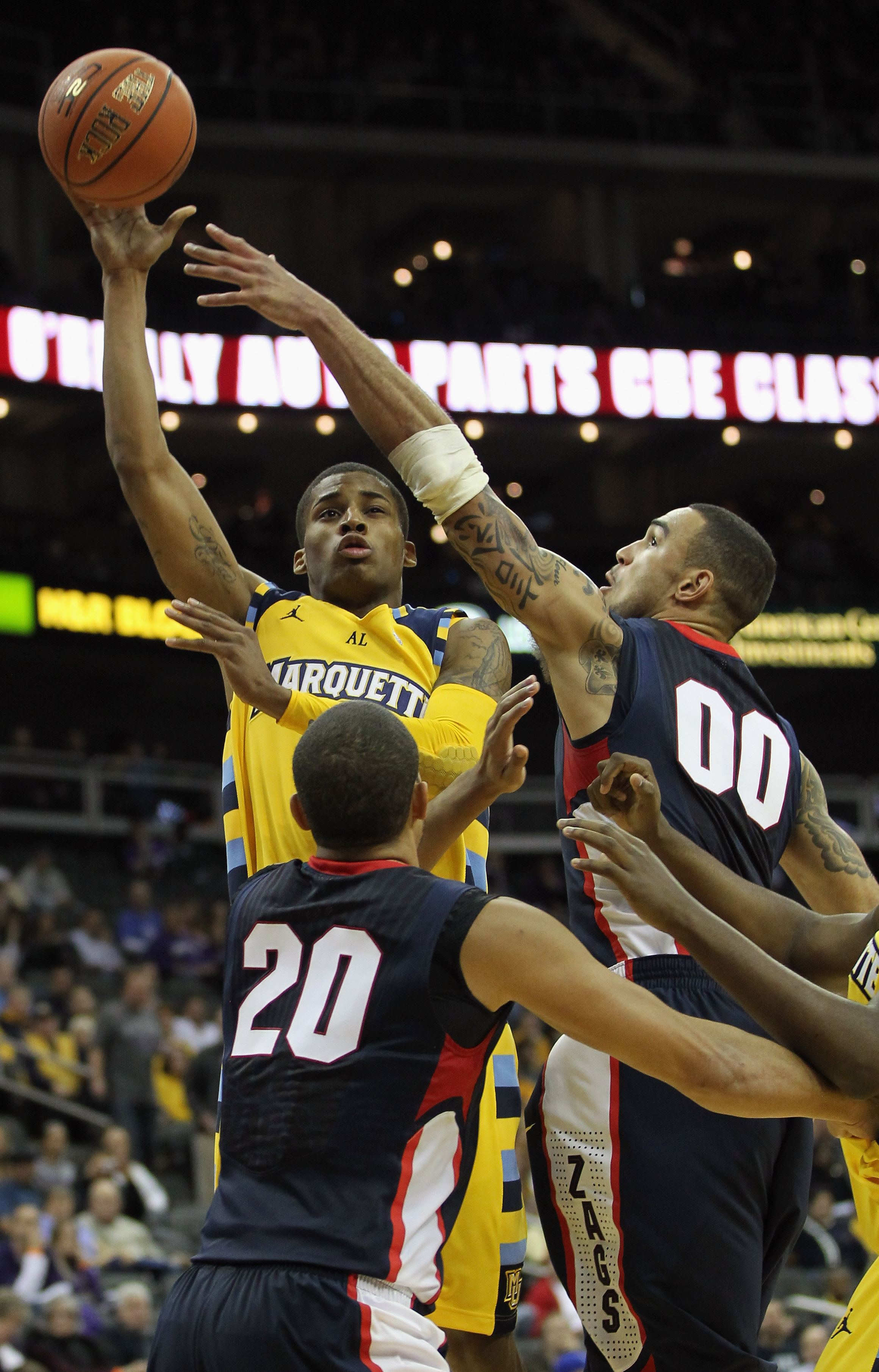 Vander Blue has the most NBA talent on the Marquette roster. The freshman is averaging 9.2 points, 3.2 rebounds, 2.5 assists, and 1.9 steals per game. Vander played on the U18 Team USA this summer and lead his team to a Gold Medal win over Brazil. Blue competed with some of the best players his age all over the world.

His decision to go to Marquette came after he had verbally committed to Wisconsin.

Vander could be a Top 10 pick in the 2012 or 2013 Drafts. He has a good team around him right now and could lead the Golden Eagles on a NCAA tournament run in the next few years. He has the skills a good NBA guard needs, he just needs to stay with Marquette for another few seasons to continue to develop. 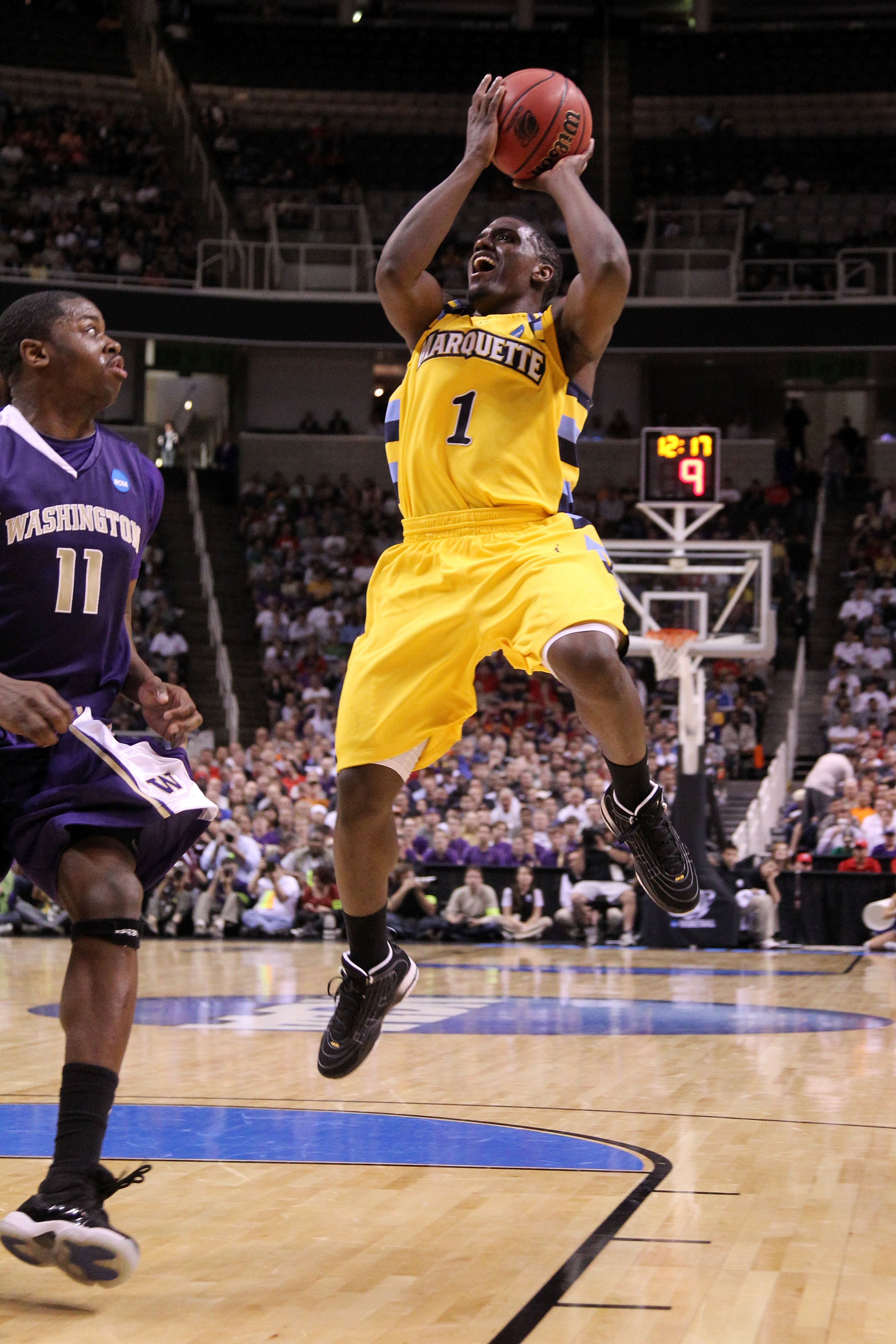 DJO has had a long road to get where he is today. He started at Wakefield High School in Raleigh, N.C, where he led his team to a state championship win. He had a 49 point game against Wake Forest-Roseville High School. After high school DJO took his talents to Hutchinson Community College, where he averaged 21.6 points, 5.2 rebounds, 4.6 assists and 1.5 steals per game. After being named Jayhawk West Freshman of the Year and being on the all-conference team he decided to attend Marquette.

Darius exploded his first year with Marquette, being named the team’s Defensive Player of the Year and 2nd in all of the NCAA in three point percentage. Finished the season shooting 43 percent from beyond the three point line and made 2.15 threes per game.

Darius has not started the season with the great three point shooting but has still has been averaging some good numbers, 13.5 points, 3.7 rebounds, and 2 assists per game. The bad stat is that he is shooting 26 percent for three. If DJO can get that three point shooting percentage up, he could be a late pick in the second round of the upcoming NBA Draft. He will likely stay around for his senior year and will most likely be a mid-second round pick. 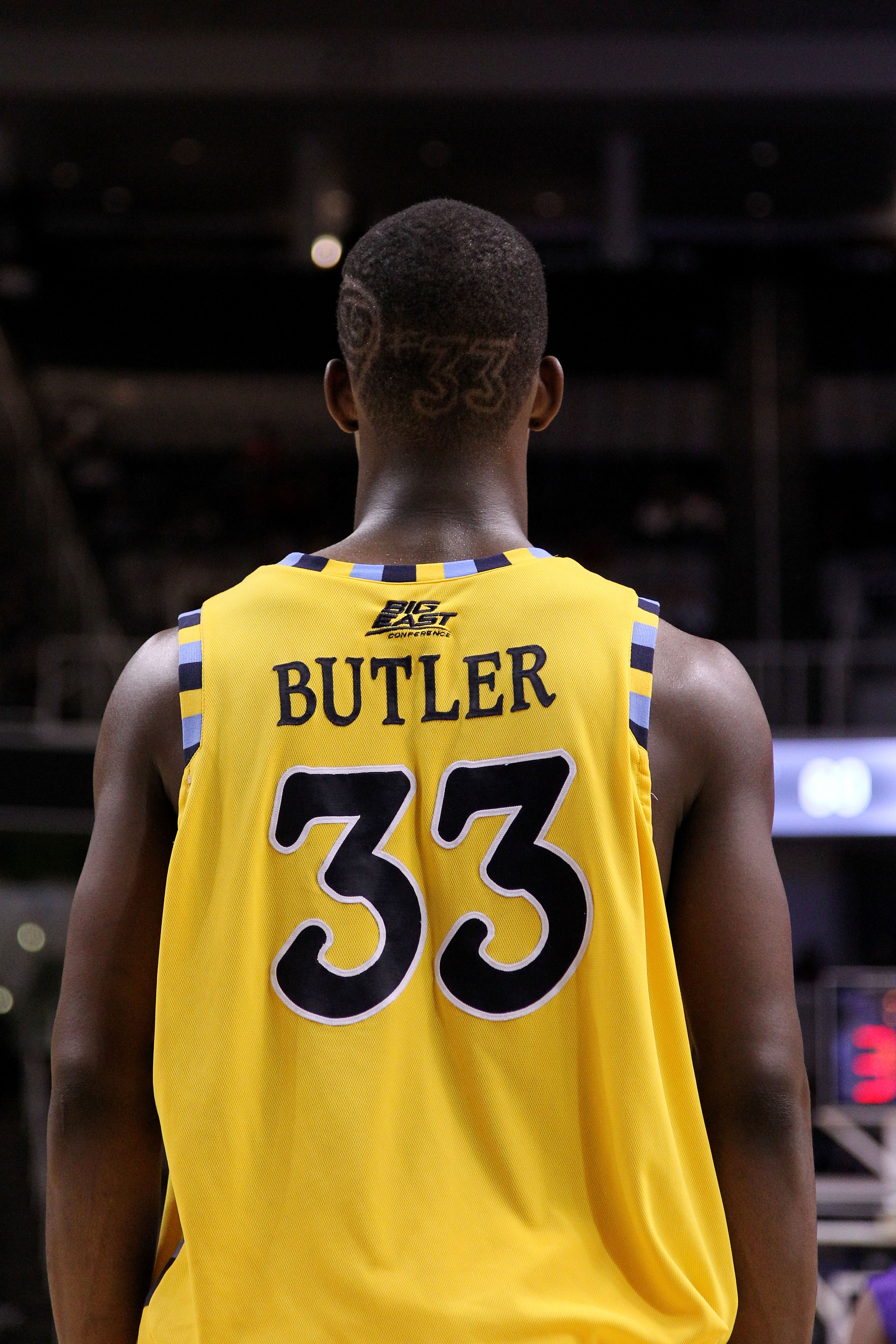 Jimmy Butler entered his senior year at Marquette and is definitely a leader on the court. Butler is a very versatile player, he reminds me of Dwayne Wade. He can rebound and shoot the ball but also be a leader on the court. Butler is averaging 15.7 points, 6.2 rebounds, 1.4 assists per game and is shooting 35 percent from the three point line. If Marquette is going to make a NCAA tournament run, Jimmy is going to be a key factor in their success.

When the 2011 NBA Draft rolls around Jimmy Butler could he a late second round pick but will most likely going undrafted, not bad though, his former teammate Wesley Matthews went undrafted. Matthews got signed by the Jazz and now makes $5.7 million a year. If Butler is not signed by an NBA team he will enjoy a nice career in Europe or if his chose, could play with a D-League team and maybe get called up by an NBA team. 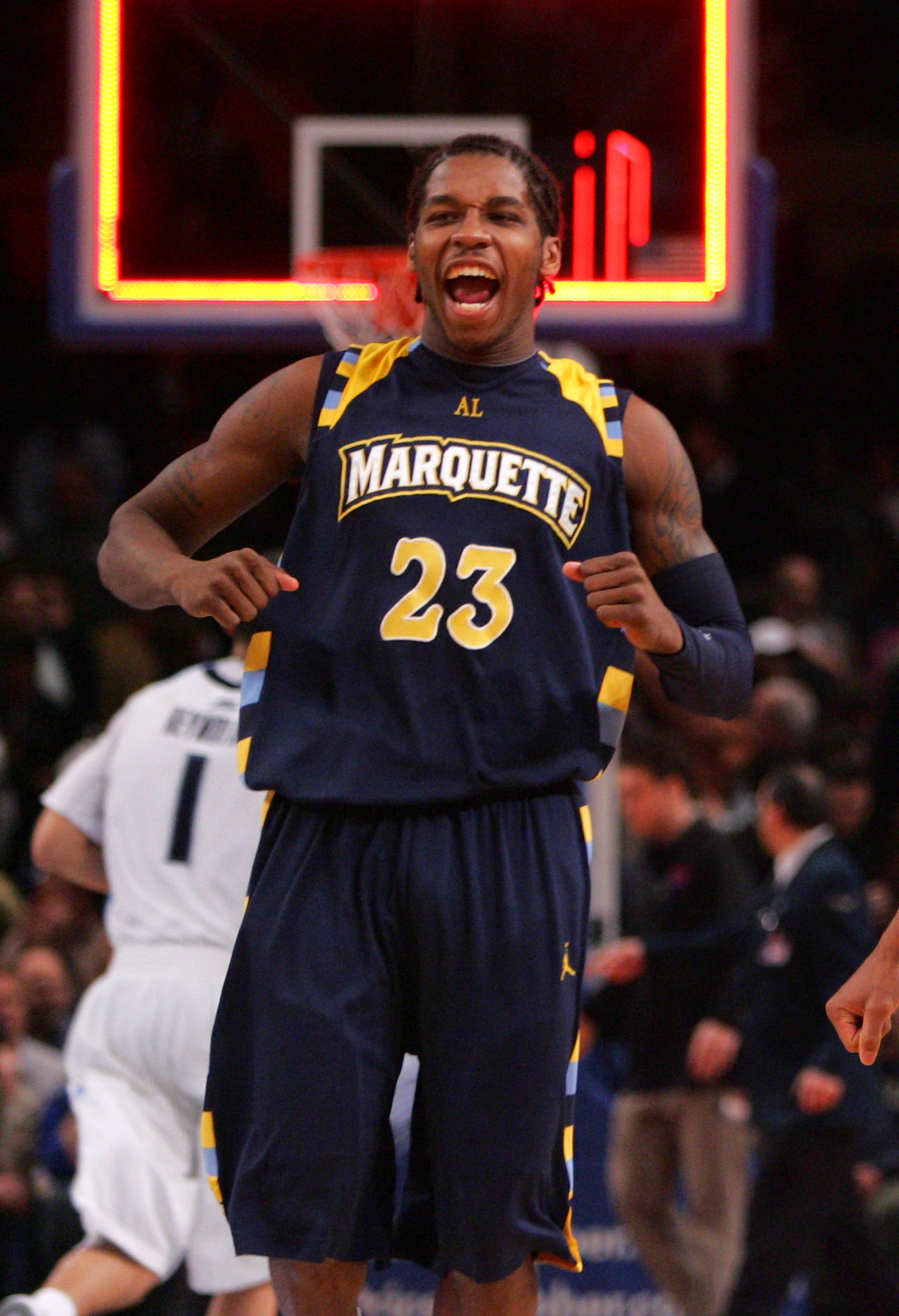 Dwight is entering his senior year at Marquette and you may be wondering why I put him on this list. Well, he is a great shooter. One of the best shooters on the Marquette roster. Dwight is shooting 39 percent for threes and 50 percent from the field. Add 10.2 points, 4.4 assists, 4 rebounds, and a steal per game and you have a solid player. After the season is over Dwight will likely go undrafted but will be a guy who plays in the Summer League and D-League and will eventually earn a spot on an NBA roster.