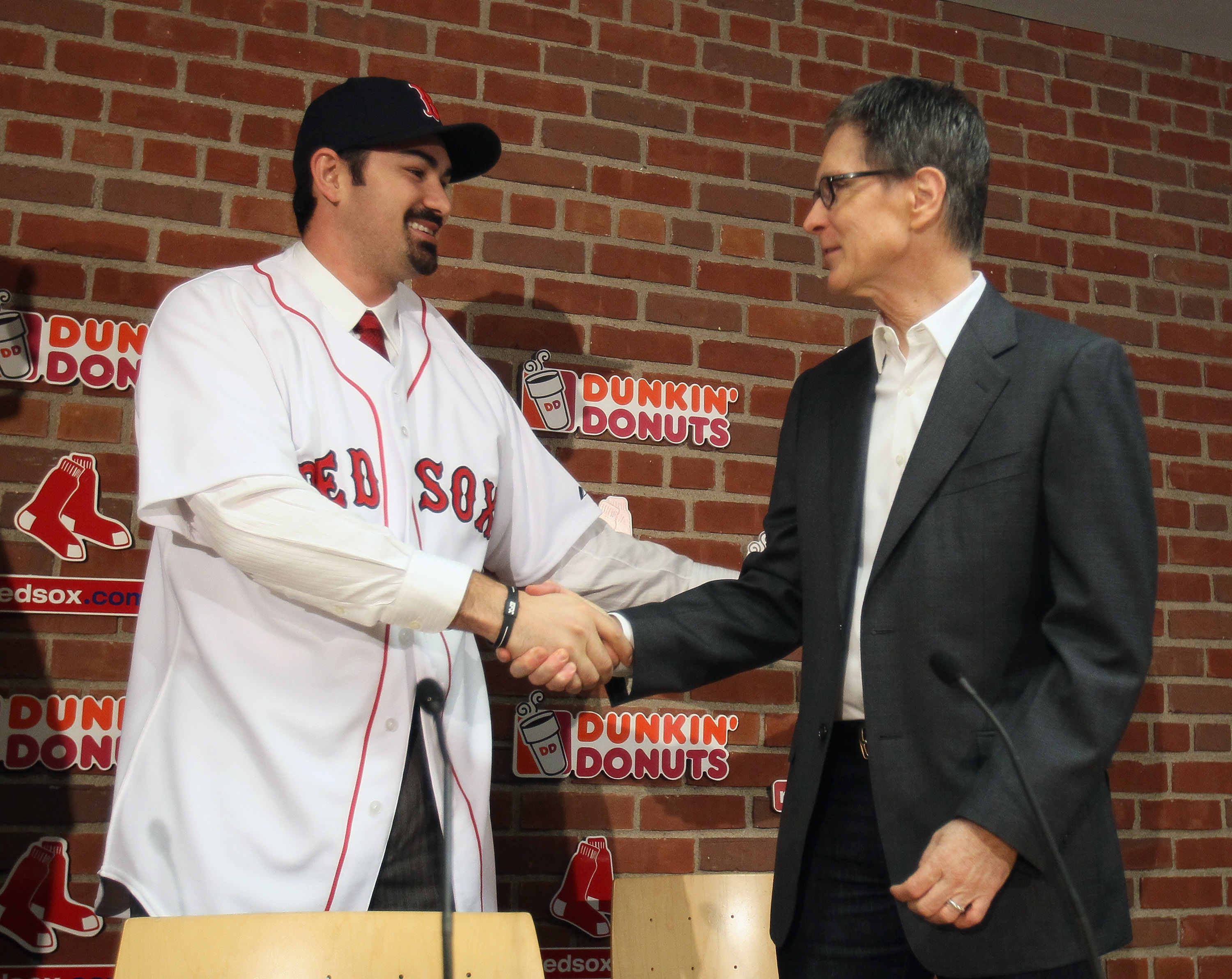 LAKE BUENA VISTA, Fla.  With the Jayson Werth deal signed, sealed and delivered, and the Adrian Gonzalez trade done (with the extension to be announced later), the entire baseball world is wondering where Cliff Lee will sign.

Lee's agent Darek Braunecker today met with the various teams interested in Lee. Braunecker met with New York Yankee and Texas Ranger officials. There was even talk the Boston Red Sox met briefly with Lee's agent, probably just to keep tabs on what the Yankees are up to.

Anyway, the domino theory is very much in play. Unless guys are offered what is now called "Jayson Werth-type" deals (that means out of their mind contracts in terms of years and money), lots of people are going to wait to decide until after Lee signs.

I have spoken with various people on the floor—including Ken Rosenthal, Jon Heyman, Bill Madden and countless others. I do not like to deal in rumors, but I generally like to ask opinions and then offer my own thoughts.

Some thoughts are met with a "that's interesting" or "that's possible," while a few were met with a quick "never happen."

Everybody has a story and an idea, but here is what is being discussed now. 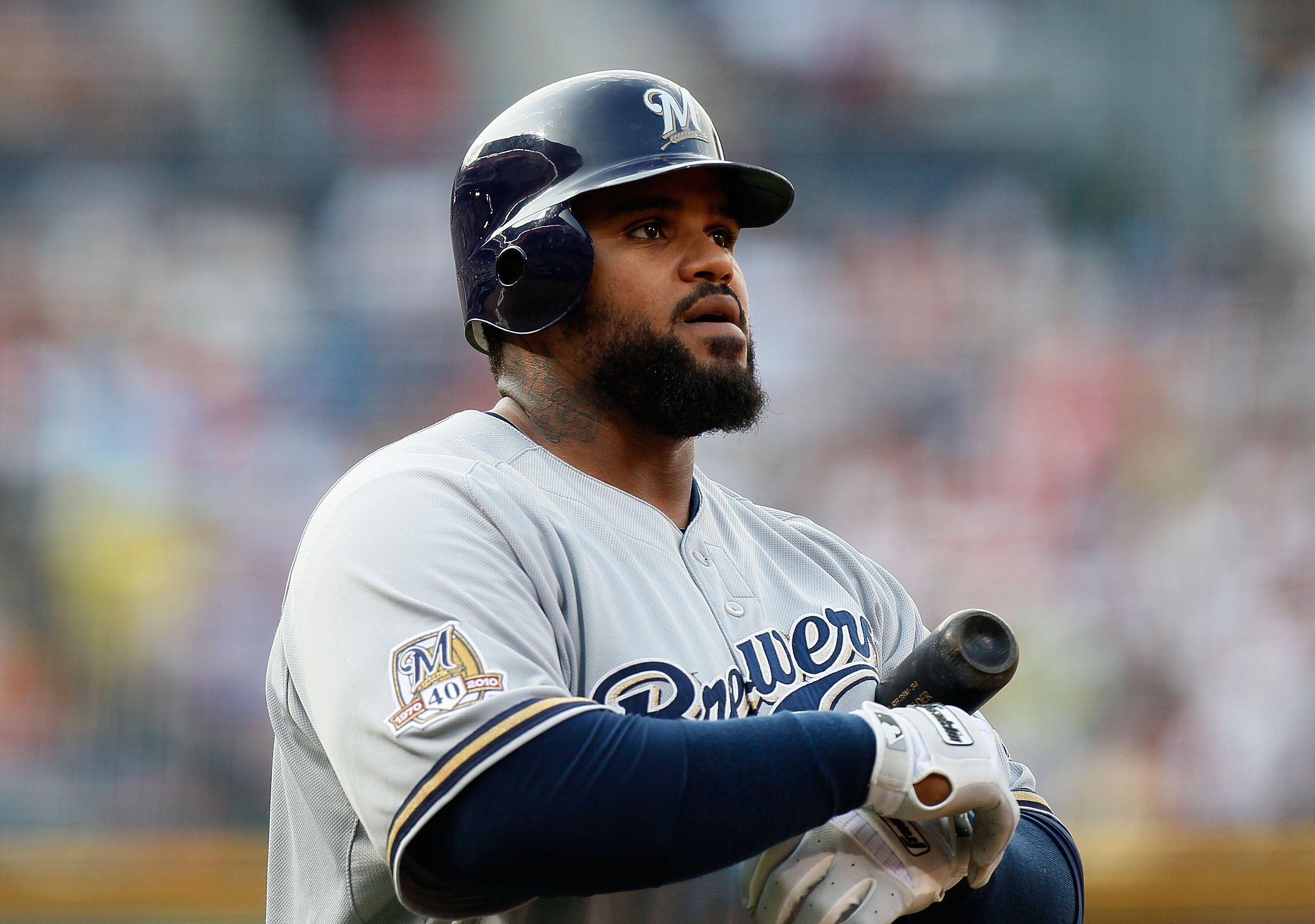 Based on the deal for Jayson Werth and what Adrian Gonzalez is expected to earn via an extension, the Milwaukee Brewers are well aware they will not be able to re-sign their big first baseman.

Tons of teams have looked into Fielder, including the Baltimore Orioles, Los Angeles Dodgers and the Chicago White Sox. With the Cubs not in yet, it appears they will go with a shorter-term fix like Carlos Pena.

But why not the Washington Nationals for Fielder? Scott Boras is Fielder’s agent, and he just moved his outfielder Jayson Werth to Washington.

Boras appears to have a great relationship with Nats GM Mike Rizzo and the Lerners, having already worked on deals for the last two top draft picks, Stephen Strasburg and Bryce Harper. 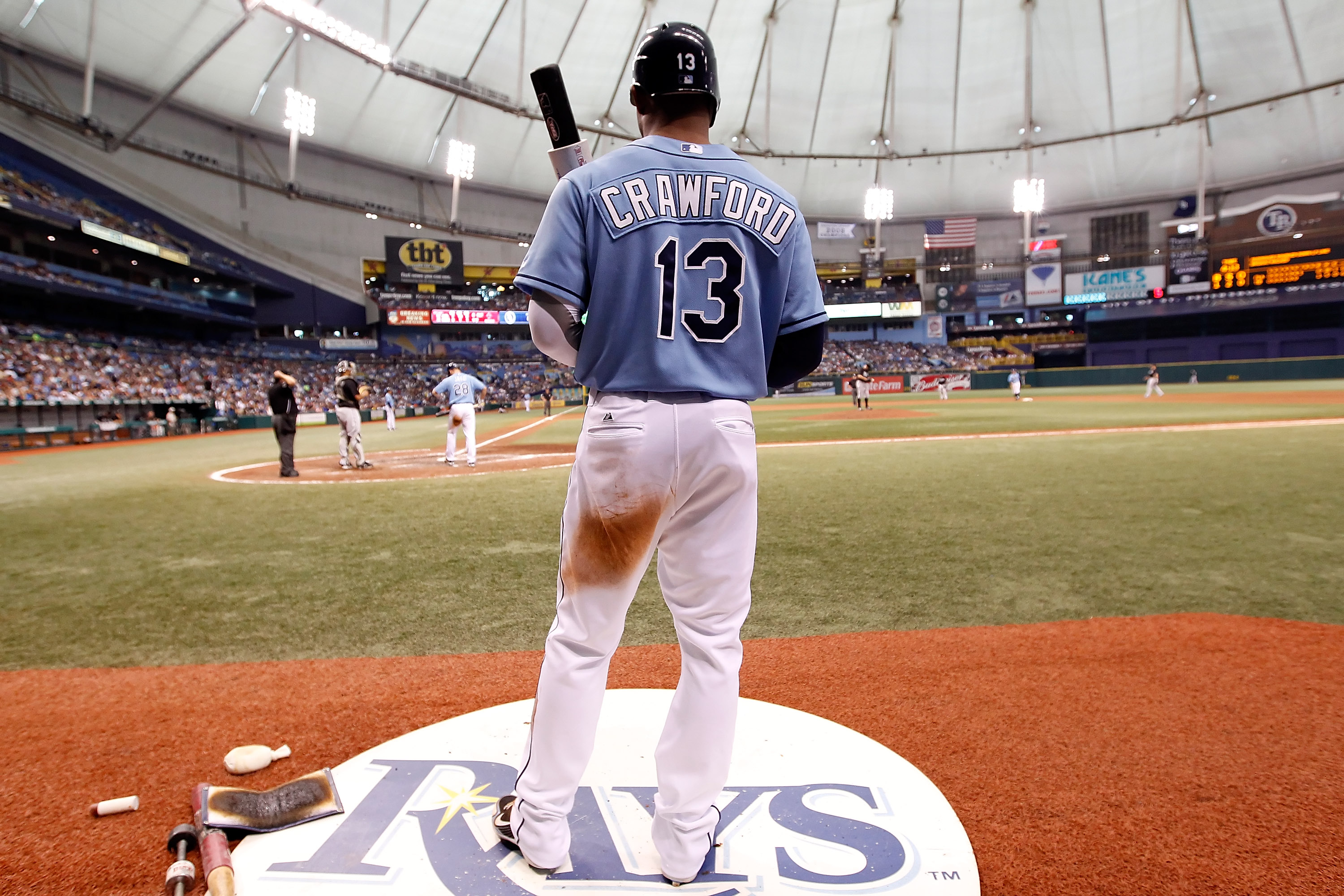 There is really no big talk on Crawford. The consensus here is that Crawford is a lock for the Angels, but I see increased pressure from the Angels' biggest competitor, the Texas Rangers, who have “tremendous” interest in the All-Star free agent.

The feeling is mutual.

Crawford’s home is in Houston, and with the Rangers coming off a World Series run, they may be just the type of winning team Crawford desires.

But the Angels have won, too, just not as recently as the Rangers.

The Angels already have Torii Hunter signed for the next two seasons at $18 million per year. Also, Bobby Abreu and Juan Rivera are signed for 2011, with Abreu having a vesting option for 2012.

With the Angels having the best outfield prospect in the Majors in Mike Trout and another young kid, Peter Bourjos, who garnered almost 200 plate appearances last season who is a plus-plus defender, the Angels seem pretty set for the future in that position.

By the time Trout is ready in 2012 or 2013, all the current veterans will be gone. There could be plenty of room at the inn for Crawford now and into the future.

The Angels do seem like a great fit, but never count out the Rangers, especially now that their owners are willing to spend the money.

It might take longer for Crawford to sign a deal as everyone is waiting for Cliff Lee to decide where he wants to play. 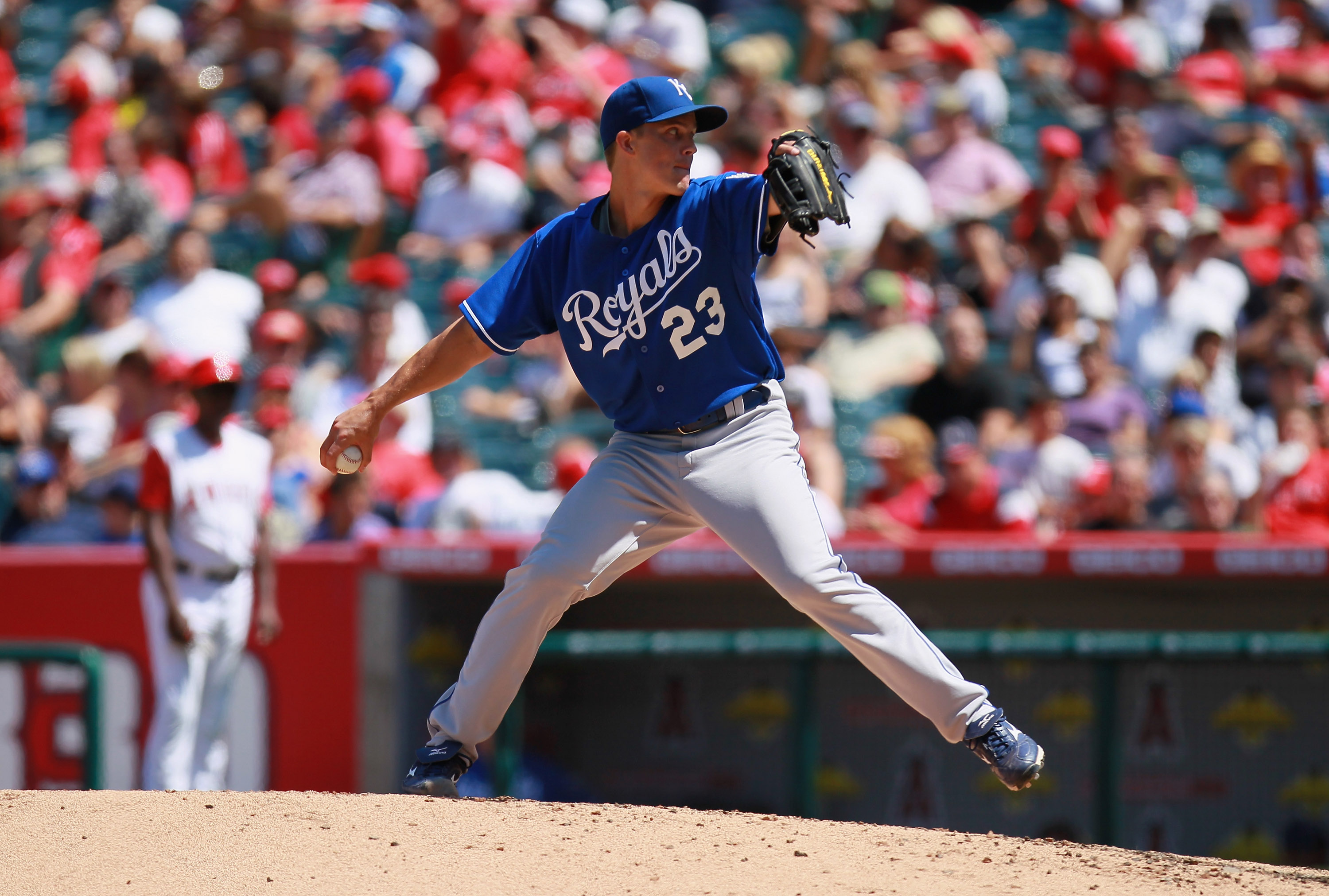 Does Greinke get pitched during these meetings?Jeff Gross/Getty Images

Not a lot of talk about Greinke, either. Again, everyone is waiting to see what Lee is going to do. Greinke looks like a fallback option for the teams that lose out on Lee. That benefits the Royals, as Greinke would then be the best "free agent" available.

The Royals would be wise to wait, but if some team not in the Lee sweepstakes wants to swoop in and grab him, they would need to offer a boatload of talent to get Greinke before Lee decides.

One of those teams is said to be the Toronto Blue Jays, which could offer RHP Kyle Drabek and OF Travis Snider, among others. The Blue Jays would then have a very formidable rotation of Greinke, Ricky Romero, Brett Cecil, Brandon Morrow and possibly youngster Zach Stewart or maybe Jesse Litsch.

With Toronto’s already potent offense, a Greinke trade might turn the Jays into a contender in the AL East. But the Jays have to ask if Greinke will be able to surpass the production of recently traded Shaun Marcum enough that they can compete. With the Yankees and Red Sox both retooling, the divisions continue to get extremely difficult to navigate.

My dark horse to land Greinke is Tampa Bay which has the prospects to trade (and major-league talent), can handle that type of contract with a decent extension and could use a stud RHP to complement David Price. 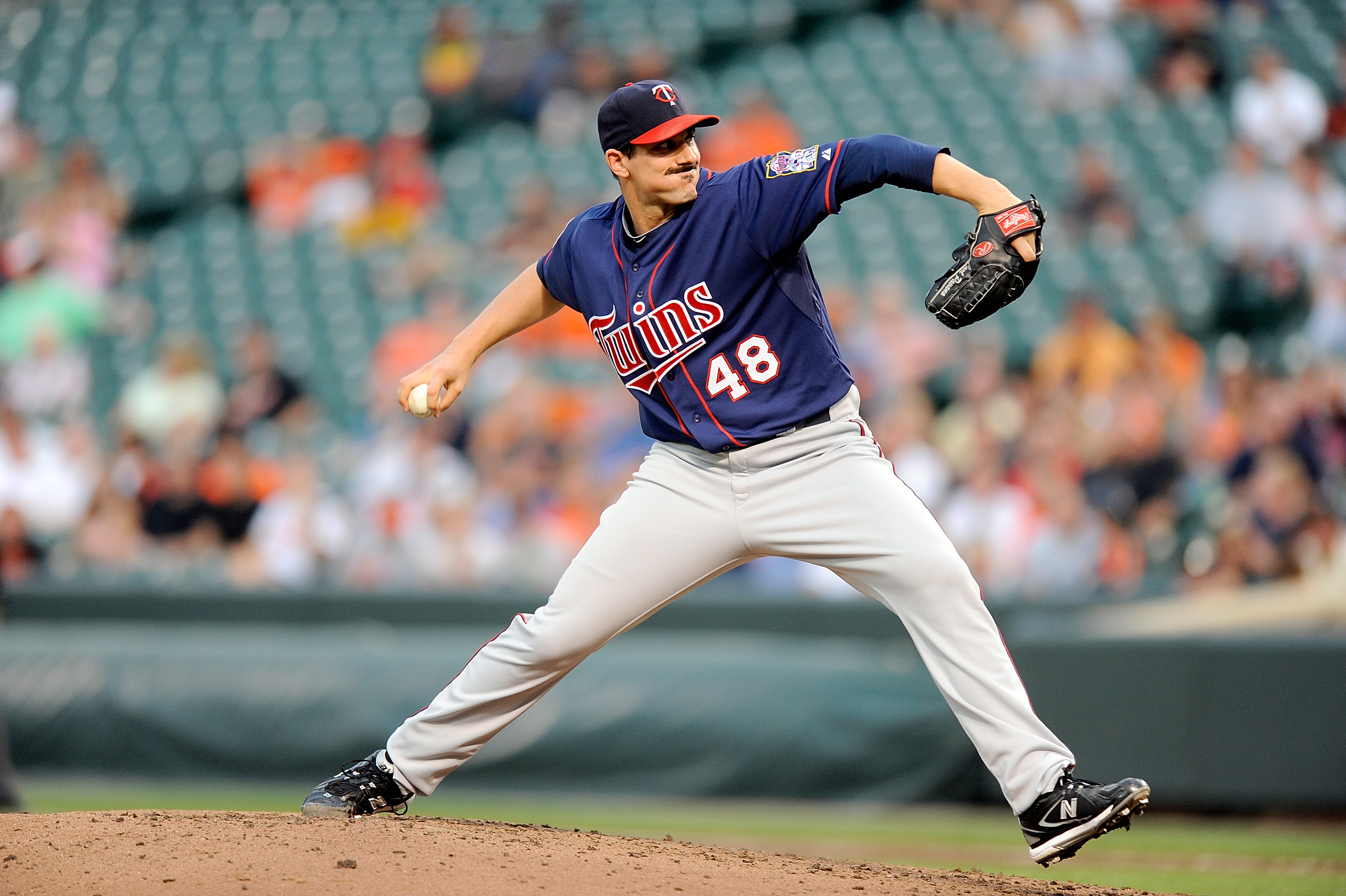 Hey, where are all the fans?Greg Fiume/Getty Images

Before the Nationals made a splash by reportedly getting in on the Cliff Lee sweepstakes, they talked to Pavano about pitching in D.C. However, Pavano wanted a multiyear deal and the Nats were only offering a single year.

While Pavano is certainly durable, with 200-plus innings thrown the last two seasons (actually 199 1/3 in 2009), and in 2003 and 2004 with the Florida Marlins, his actions after signing that long-term deal with the Yankees are still fresh in many people’s minds.

Pavano has pitched well in one-year deals over the last two seasons, and the soon-to-be 35-year-old might have to settle for one-year deals for the rest of his career. 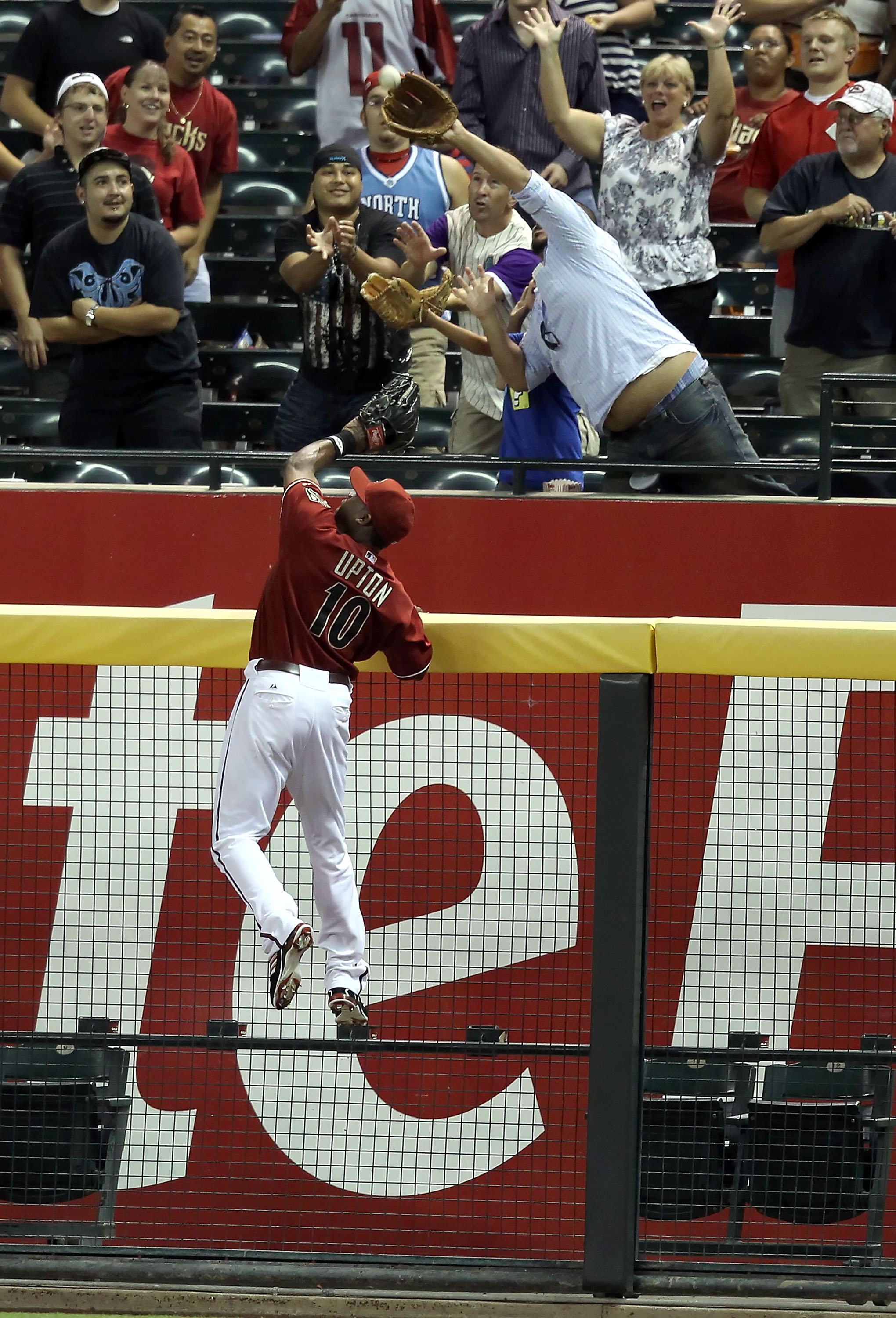 Great athletic ability and super baseball tools, but no catch on this one.Christian Petersen/Getty Images

Arizona Diamondbacks GM Kevin Towers said that it is "highly unlikely" that he trades Justin Upton. Towers basically wanted to see what the market was like for the 23-year-old outfielder.

But the Boston Red Sox traded their best hitting and pitching prospects for Adrian Gonzalez, which left the Sox without enough weapons to pull off another big trade. 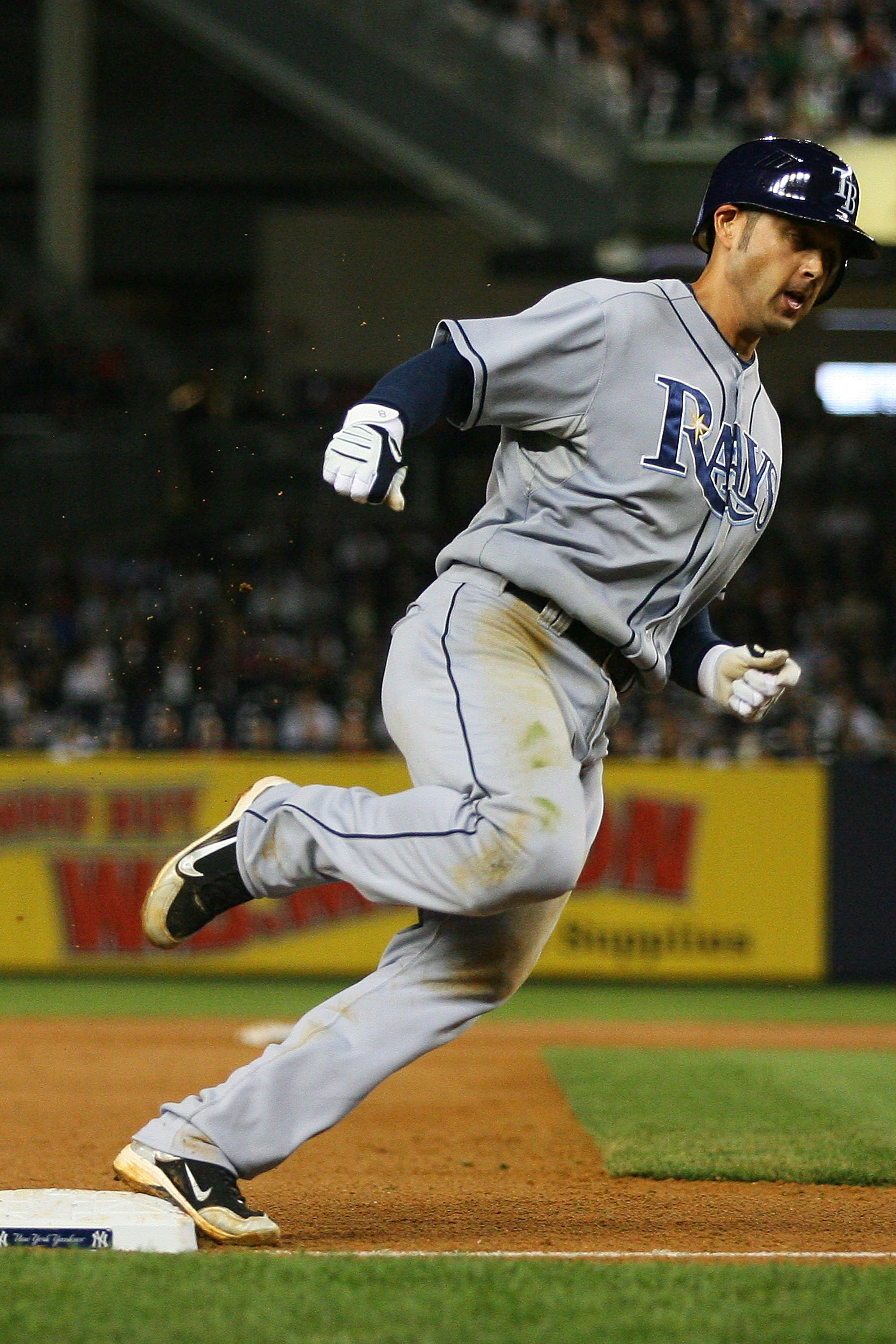 Is Jason Bartlett running out of time in Tampa?Andrew Burton/Getty Images

While the Diamondbacks and Baltimore Orioles were having their Mark Reynolds press conference, Orioles president Andy MacPhail said that his team still wanted to add more offense.

While Jason Bartlett is not instant offense, he is viewed as a major upgrade at shortstop over Orioles incumbent Cesar Izturis.

Bartlett would be dealt to Baltimore for underachieving OF Nolan Reimold, who struggled in 2010 but is capable of hitting 15-20 HRs and getting on base at a decent clip. The Rays would rid themselves a $5 million contract and get another player fit in the Rays mold.

Reimold would also give the Rays OF depth as they might be unsure of giving current prospect Desmond Jennings the full-time job just yet.

The trade was being held up because the Rays were insisting on another player (they do need bullpen help), and that player might be RHP Alfredo Simon. 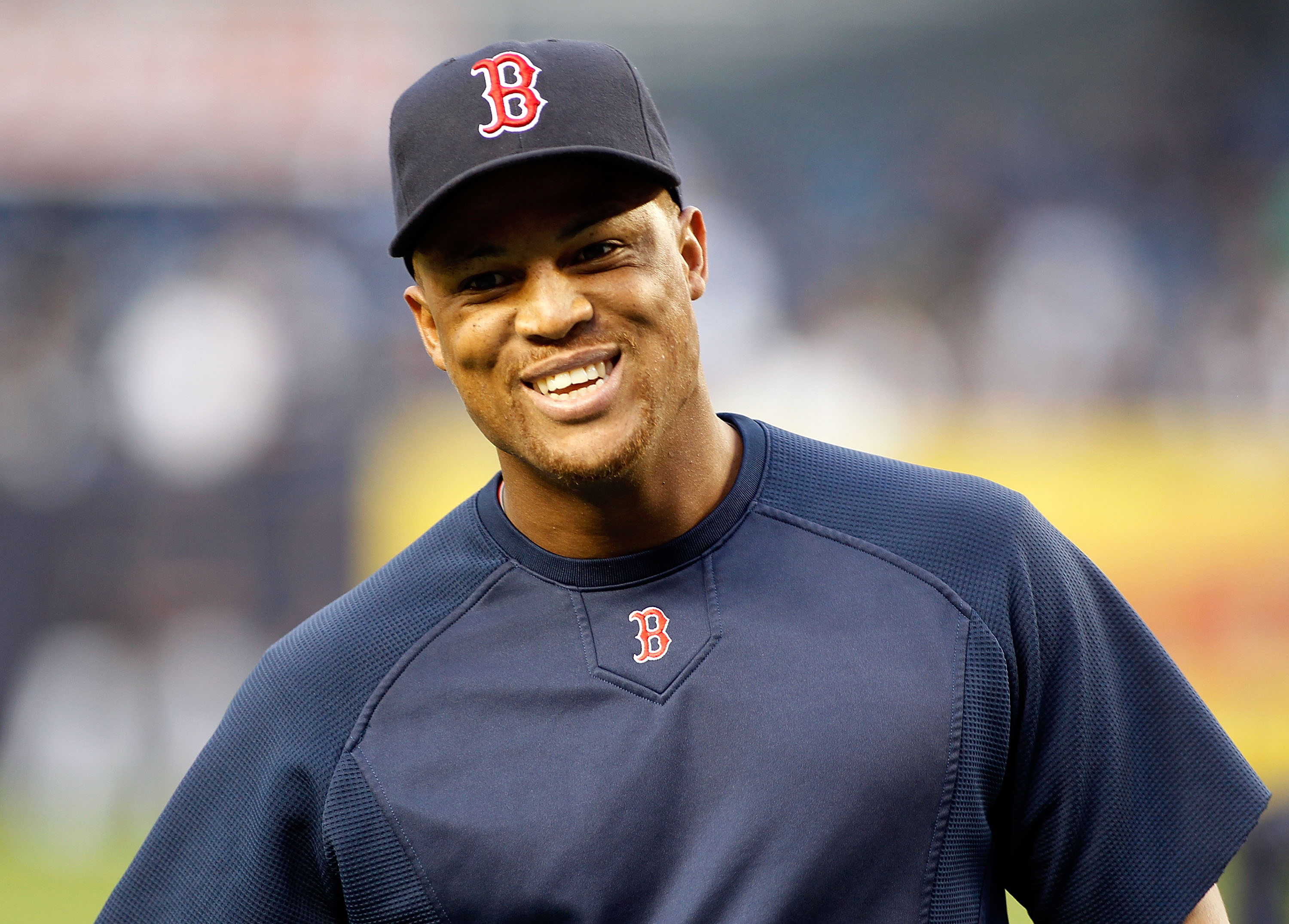 It seemed like a weak market for Beltre after the Oakland A’s dropped out, but he seems to be linked now to the Los Angeles Angels. It does not appear that owner Arte Moreno liked being out of the playoffs last season and wants to get back in quickly.

Beltre is a plus defender, maybe the best in the AL, who would immediately upgrade the Angels both in the field and at the plate. The Angels third basemen last season were terrible and Beltre would provide much needed power to complement Torii Hunter and the returning Kendry Morales.

I am surprised there were not more suitors for Beltre, but teams could have been scared off by the fact that he always has great walk years, first for the Los Angeles Dodgers and now the Boston Red Sox.

The Angels certainly need more offense and if they do get both of the top offensive free agents available in Beltre and Carl Crawford, they will likely spend in the neighborhood of $225 million. 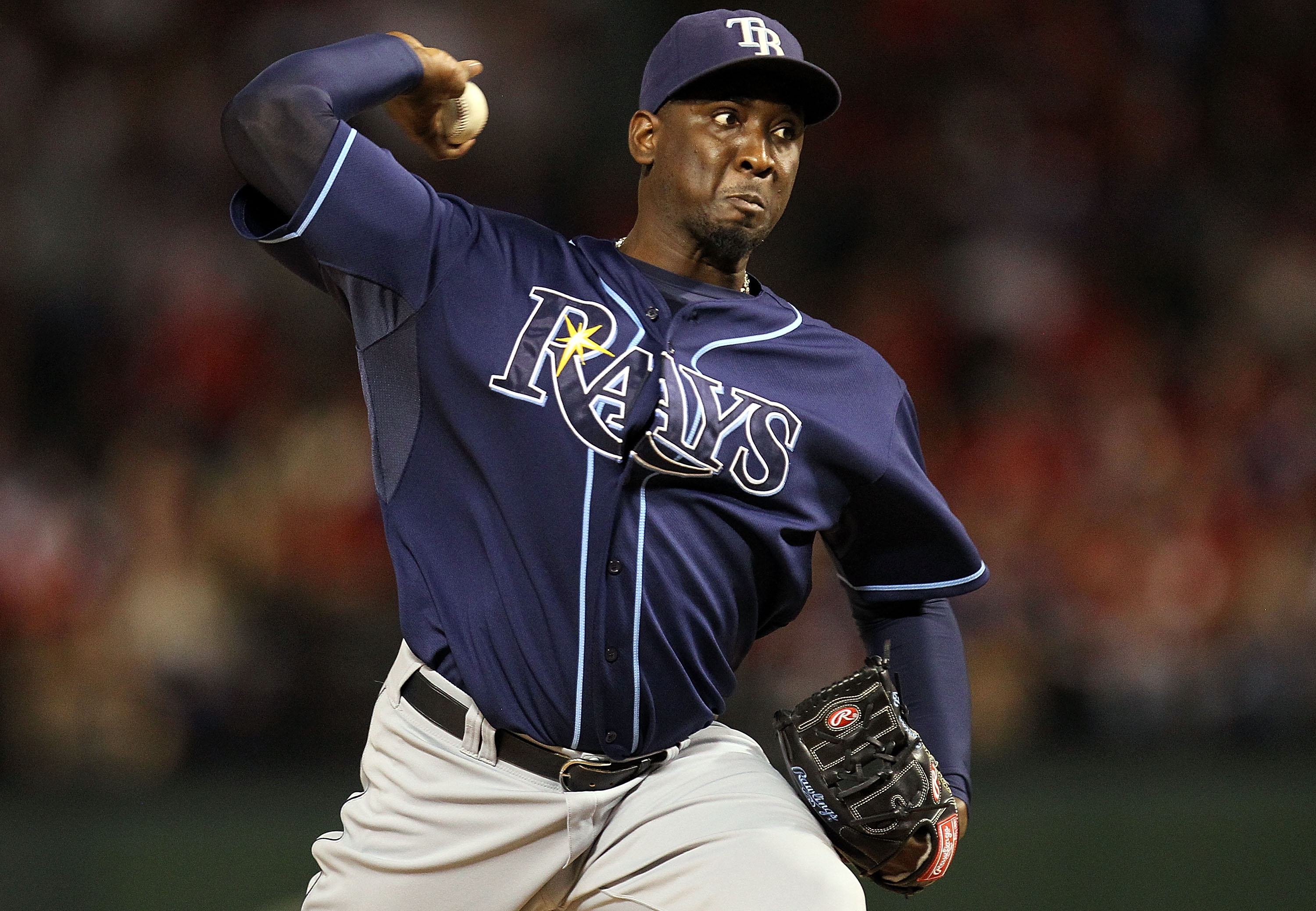 The Angels are also in on the former Rays closer, trying to corner the market on the available FAs who played for the 2010 Rays.

Soriano would be a great upgrade for the Angels, but then again there are not many teams for which Soriano would not serve as an upgrade. Relievers are in high demand here at the Winter Meetings, with even decent ones getting two-year offers.

JJ Putz received an average of $5 million per year from the Diamondbacks, so what would it take to sign Soriano? Probably $10 million for four or more seasons. As he was ahead in the Rays' pecking order above Joaquin Benoit, Soriano certainly needs to make more that what the Tigers are paying their new setup man, a three-year deal for $18 million. 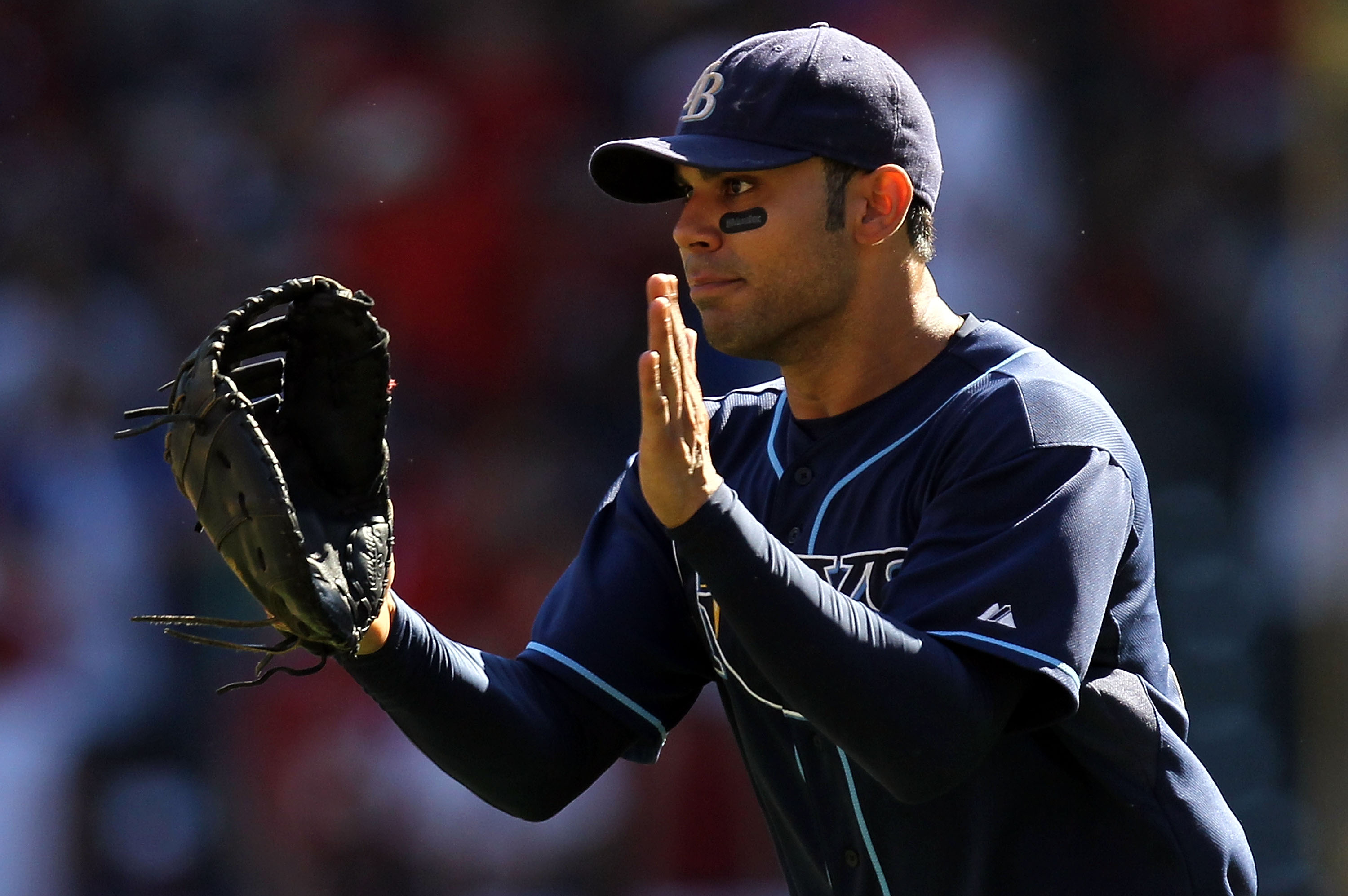 There are several first basemen available, with Derrek Lee and Paul Konerko still on the board in addition to the smooth-fielding Pena.

That superior glove is what most teams who are in on Pena—the Chicago Cubs, Baltimore Orioles and Washington Nationals—like about the soon-to-be former Ray. Isn't it funny how many times I have already typed “former Ray?”

Pena can probably be had for a single year, and why would any team give a multi-year deal to a guy who had his worst season at the plate?

But the Cubs and Orioles seem like great fits, as they have virtually no one in their systems who can step in anytime soon, but the Nats could be the only team that can afford to extend Pena to two years. 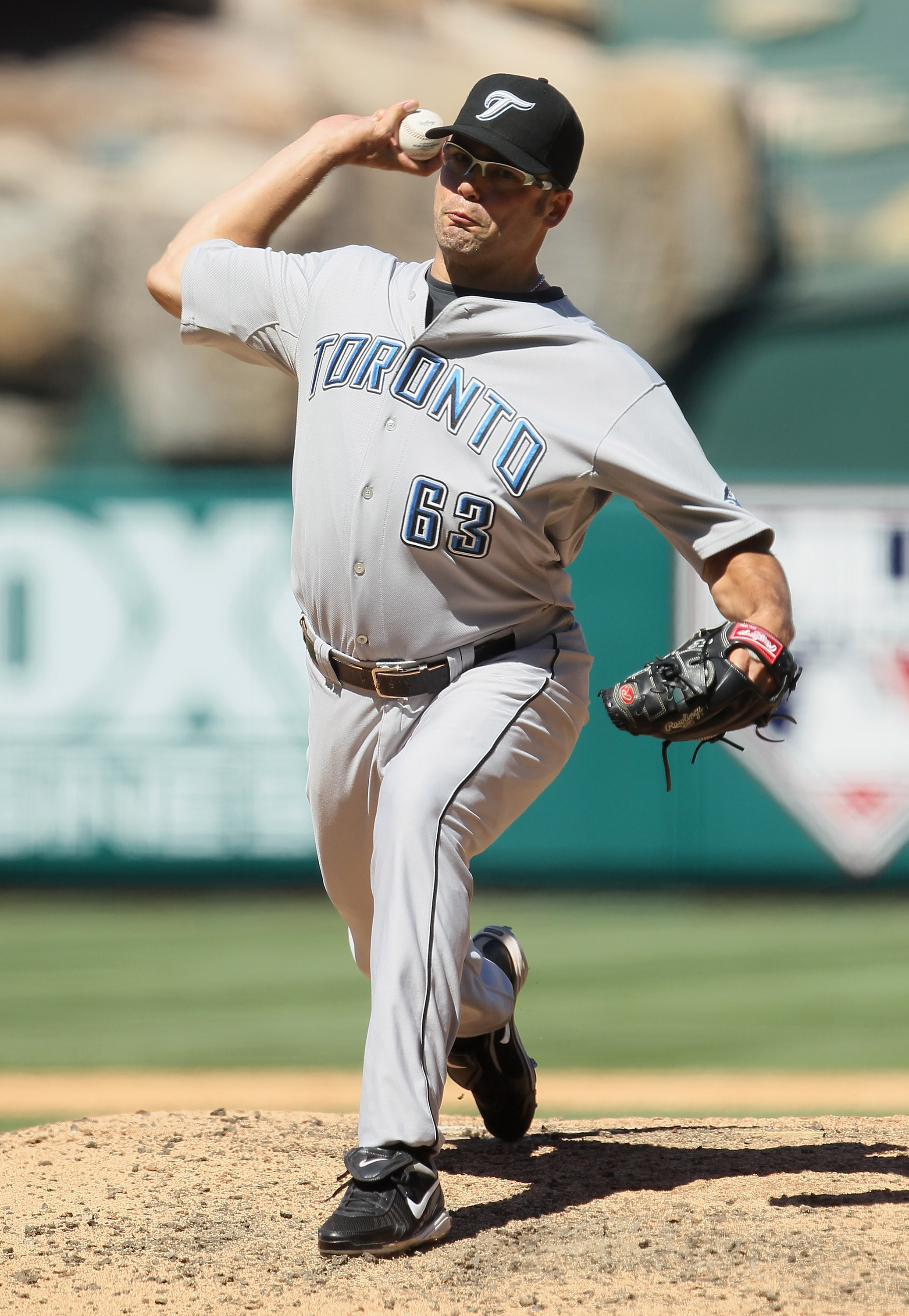 As mentioned earlier in the Rafael Soriano section, many teams need and want relief help. Kevin Gregg showed last season that he still was effective as a closer. JJ Putz received a two-year deal, and I can’t see a team like the Red Sox needing Gregg as is speculated.

Gregg could sign a similar deal to Putz with a lower-market, second-division team such as the Nationals or Orioles. Unless the Rays want to hand the reins over to Jake McGee, I can see the Rays being involved.