MLB Trade Rumors: 7 Reasons Why Cliff Lee Will Be a New York Yankee in 2011 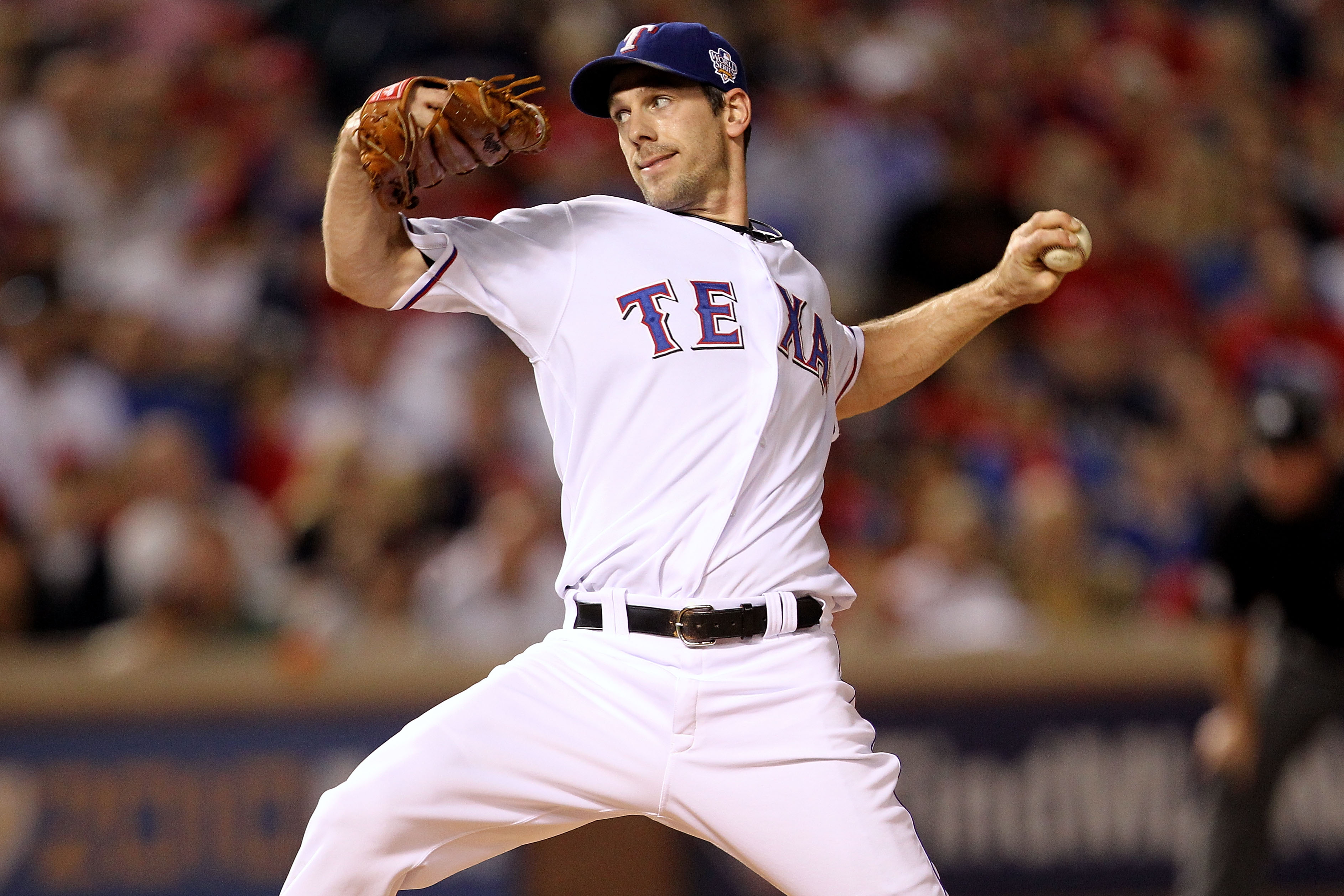 Cliff Lee is a phenom on the mound.  With the ball in hand and the crowd going bananas, Lee oftentimes shines.  His prowess as a big-game pitcher is no longer questioned, despite another World Series loss for his team, this time the Texas Rangers.

The one team that has long coveted this stud lefty is the money-powered New York Yankees.  Why not? Unlike most teams, they can afford Lee's services, and they're looking for another arm in their rotation right now—or at least they should be.

The Yankees' Evil Empire moniker would just get more "evil" if they were to sign Lee.  He's another top player that will command a lot of money and add to their star-studded club.  Despite Yankee fans acting "uncivilly" towards Mrs. Lee, at the end of the day, money talks.  Remember what management did for Mark Teixeira's wife, Leigh?  Don't think that Cliff Lee's wife Kristen can't be bought too.

Here are seven reasons why the Yankees will acquire Cliff Lee this offseason.

7. The Need to Be With a Winner Again 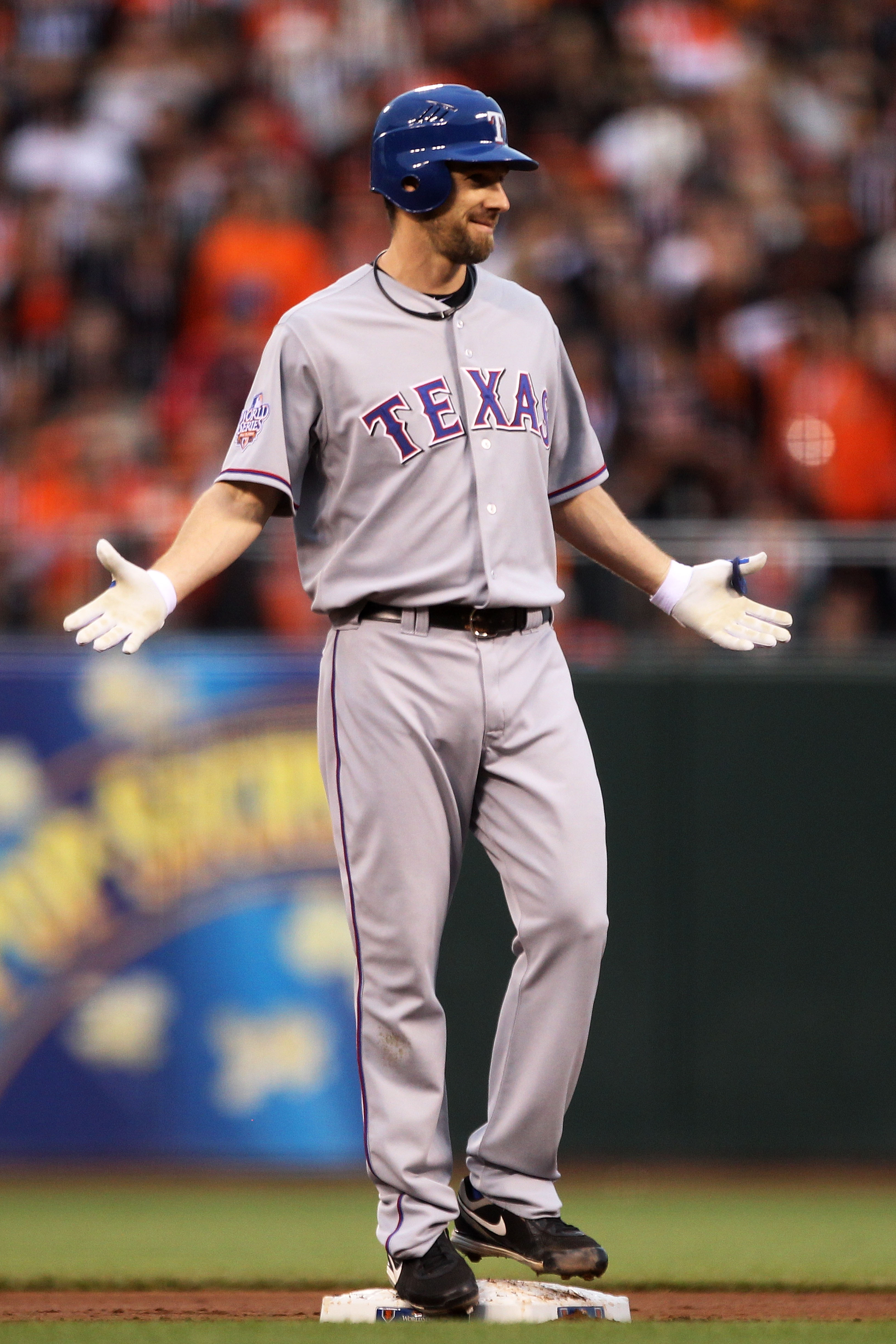 Cliff Lee thought he was going to a winning organization last winter when he was sent to the Seattle Mariners.  Little did Lee know, though, that the Mariners' winning days were long behind them, as they're currently in a rebuilding phase.

Lee will not make this mistake again.  At this point in his career, he will need to go to a proven winner in order to win that elusive World Series title.  Despite his great postseason performances over the past two seasons, Lee is 32 and needs to find a permanent home in a winning environment.

The team who gets him will likely have to pay an arm, leg and future investments for him.  But that's beside the point.  The length of this contract is important for Lee as well—he'll be looking to get a handful of years from some team, most likely the Yankees.

6. The Media Frenzy That It Would Create 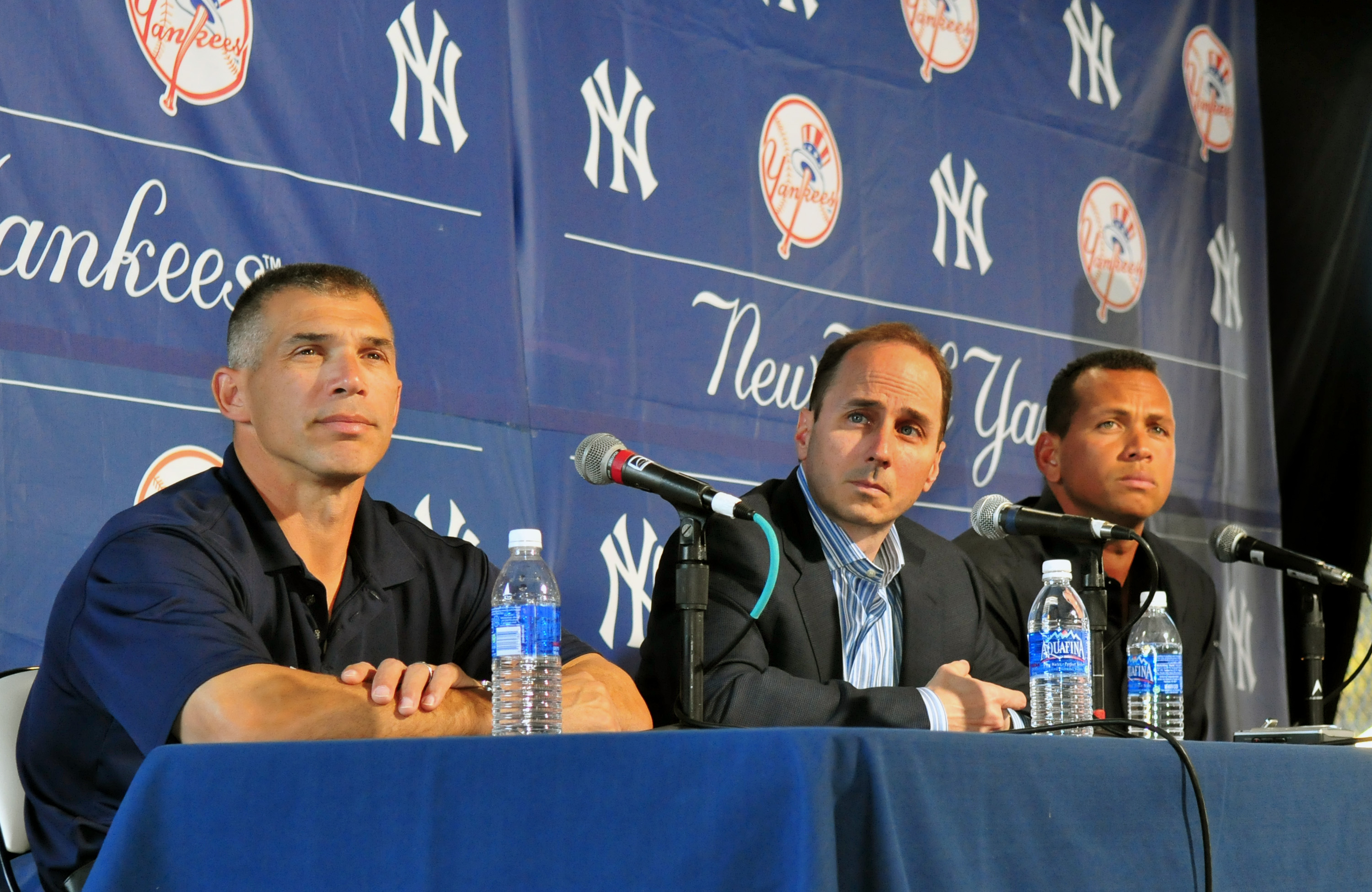 New York is the media capital of the world, and the Yankees, to put it bluntly, are attention-hungry.  This move makes sense for both sides, and mark my words: It will happen very soon.  Just when you think he's off their radar, the Yankees will pull the trigger, and Lee will be pulling blue pinstripes over his shirt and tie, finished off with that patented navy blue cap.

For many teams—the Phillies and Red Sox primarily—his move will be rather gut-wrenching.  Cliff Lee too will fall victim to the evilness that is the New York Yankees.  Yet another professional athlete will bow to the almighty dollar and watch the money roll in.

The media that this would drive would be outrageous.  The Yankees own their own TV station and are just at the center of all things having to do with baseball.  This major free-agent signing, seemingly now an annual event, will be the icing on the cake.

This could be where baseball needs to draw the line and stop the spending.

The stories that will come out of this will be plentiful, as the media will eat this up for breakfast, lunch and dinner—"Cliff Lee, the Country Boy Makes a Splash into the Big City." 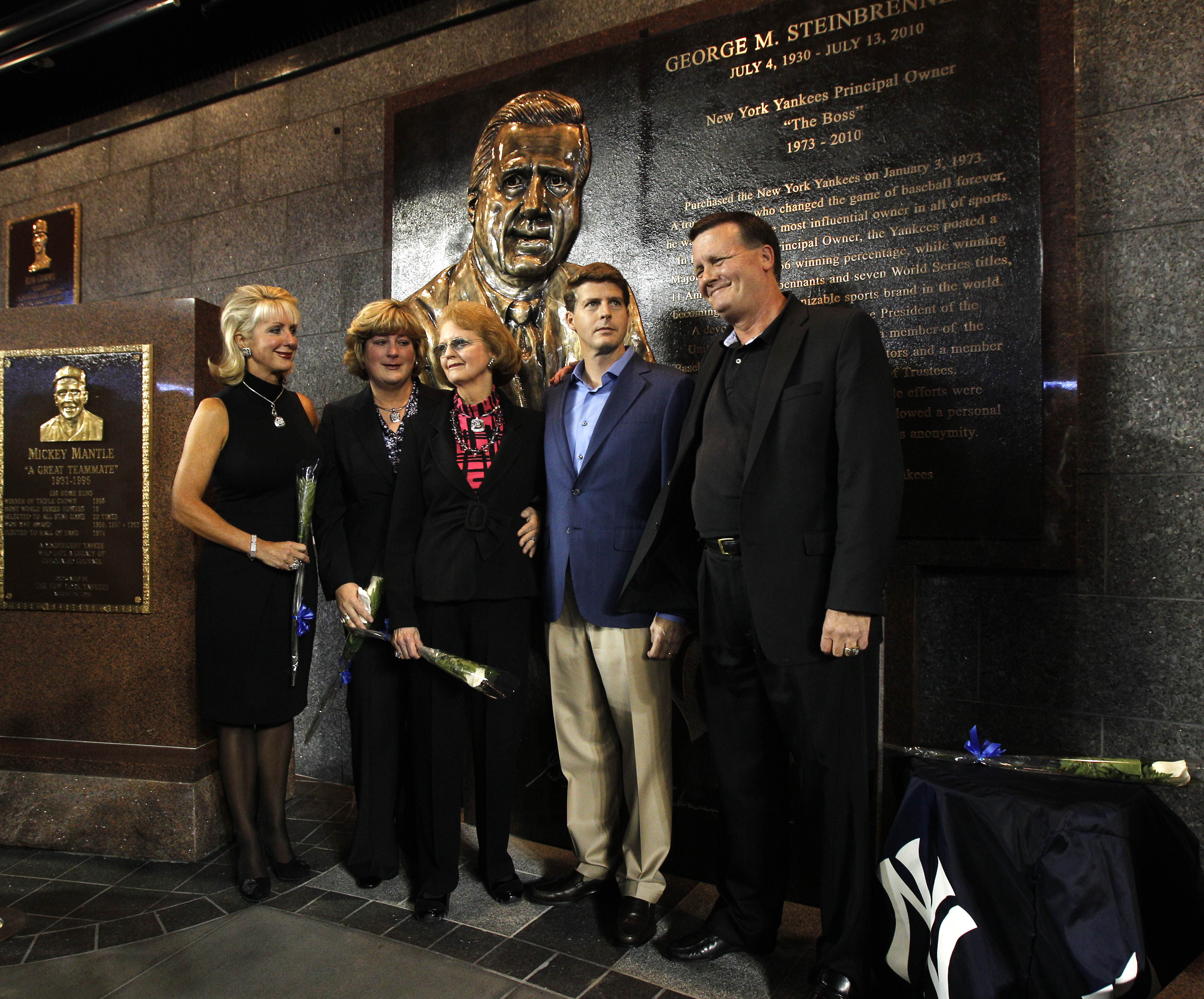 Hal Steinbrenner and Brian Cashman are anxiously awaiting this day.  They too know that it's coming. The day when Cliff Lee is wearing Yankee pinstripes will be here very soon.  These two guys know how to convince top talent to come to the Dark Side, so to speak.  Well, I view it as the Dark Side, but it's the Bronx.

The Yankee brass will do whatever it takes to lure Lee to the Big Apple.  Their checkbooks are overflowing, and their power is immense—and now with both on display, they can make the most star-studded squad even better.

Cliff Lee would benefit greatly from the Yankees and vice versa—though they need him more than he needs them, in my opinion, and will start to pursue him feverishly pretty soon. 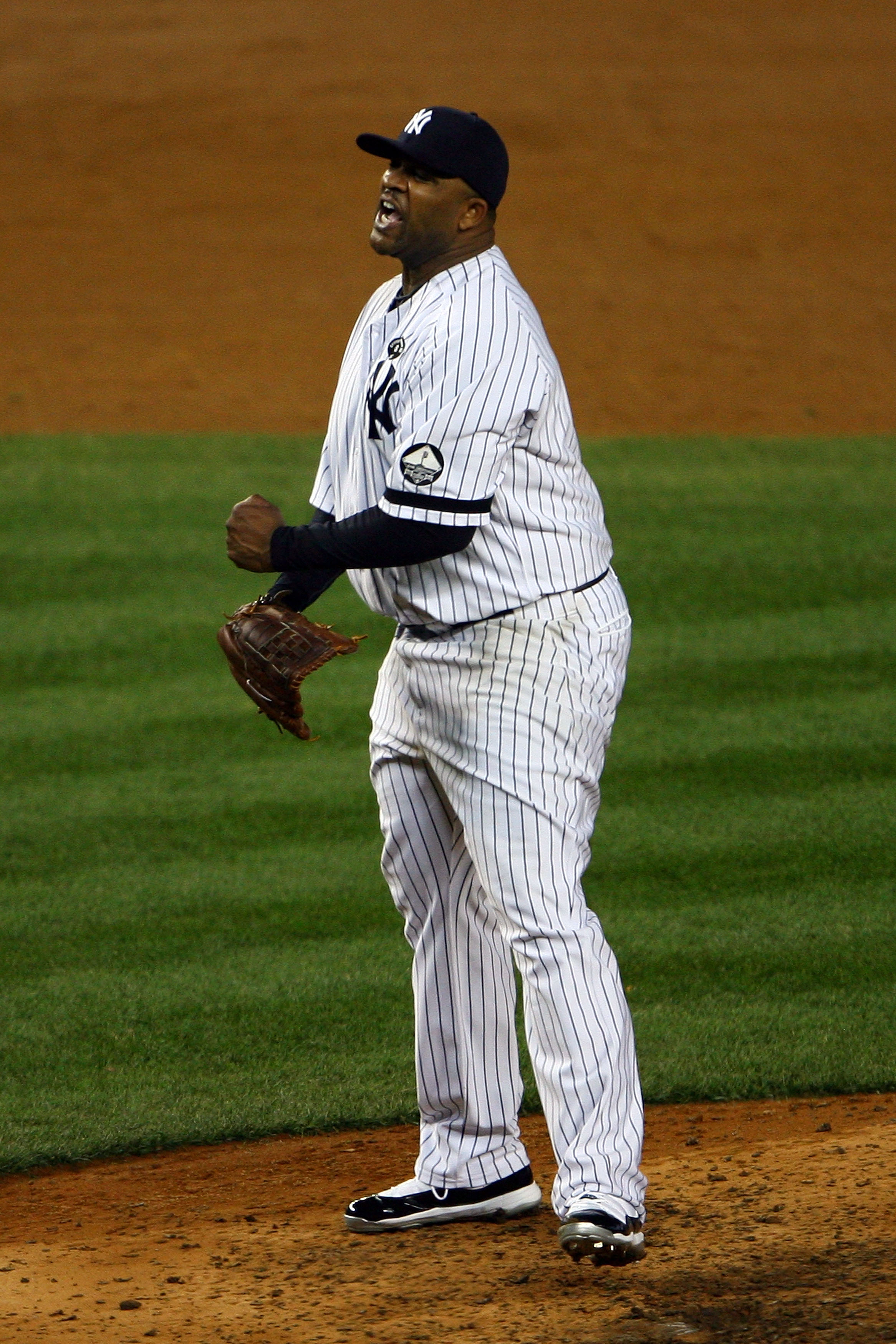 CC Sabathia needs some help out there at the top of the Yankee rotation.  Their major investment in A.J. Burnett has not paid off to date, and now they're looking to take another route in terms of their pitching staff.  More likely than not, Lee would be the answer that they're looking for here.

Cliff Lee is better than any of the other Yankee pitchers and is right near CC's level.  These two together would be a deadly tandem.  Hell, they may even be able to compete with Philly's dose of "H20."  It would sure be interesting to see at this point.

The Yankees got little if any production out of starters not named Sabathia or Phil Hughes last season and need to change that.  The offense can only do so much for them—they will need another arm.  Lee will do more than fill this void, and he'd pay off their investment tenfold.

3. Cold Weather Is His Thing 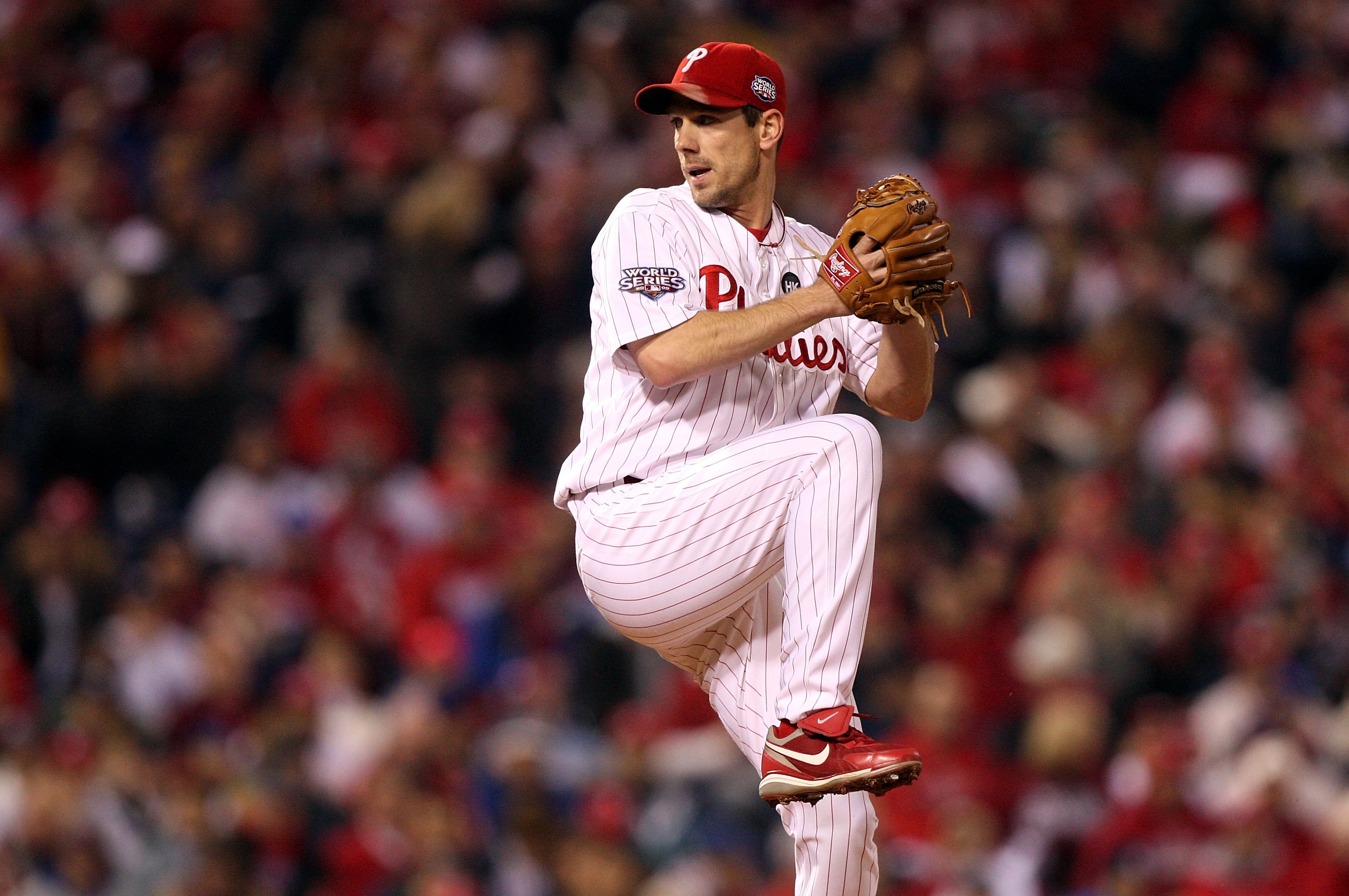 Is it me or does Cliff Lee just enjoy the cold weather?  He's been absolute money in his short playoff career and pitches better later in the season for some reason.  This may just be coincidence, but something tells me that this Southern boy thoroughly enjoys some good ol' cold.

He'll approach frigid temperatures sleeveless, blow on his hands and work quickly.  This is how Lee works his way out of the cold.  Then of course, his patented jog back to the dugout and jump over the chalk-line is very Lee-like and makes him who he is.  This is how Cliff Lee beats the opponent and the cold.  Pretty soon, he will be doing this at the big stadium in the Bronx.

His focus is never stiffened by the cold weather, as Lee rather greets it and turns it to his advantage. Lee makes the hitters the ones that are affected by the cold. 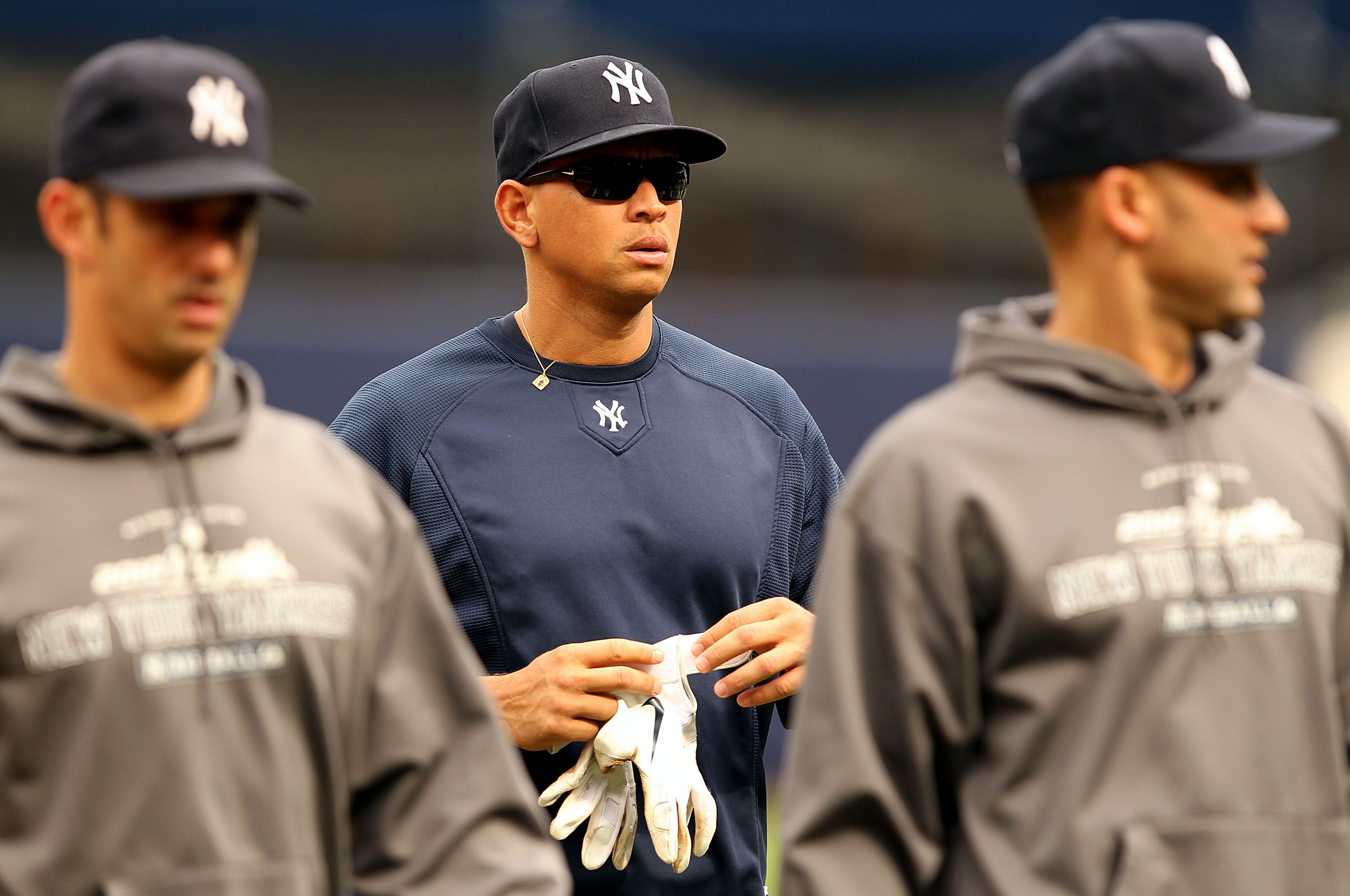 With being a New York Yankee, there comes a certain privilege, honor and power.  Cliff Lee appears more than ready to take on this feeling and share it with his new teammates and all those legacy players of the Yankee past.

Though the Yankees will likely need to dump salary to acquire Lee, he will be well worth it for them.  Lee won't let the money fool him, or so one would think—but it would certainly be hard to deny the Yankees their power and money.  It just is unfortunate for the other teams in the league that don't have that luxury.

The Yankees have made it clear that playing for them is an honor.  Their unprecedented 27 World Series Titles are a banner mark, one that no other team will challenge in baseball. EVER!

This again will ultimately come down to the almighty dollar.  It's something that the Yankees know more about than any organization in the entire world, not just the sports world.  Their money will win out over that of all other MLB teams and will "buy" them another A-list player.

It can't be denied or ignored that the Yankees have "bought" World Series Titles.  They have the money and power to do it, right?  Well, why not do just that then?  It's smart management and ownership. Though it's often unfair to the rest of the league, it's what they do year after year.

Cliff Lee is no exception in this matter.  As mentioned before, when the time is right Lee too will succumb to the dollar, and it will buy him out of Texas and into daunting blue pinstripes.  It will be a sickening feeling for some, yet for others, it will be another victory in the Bronx in anticipation of the 2011 season.