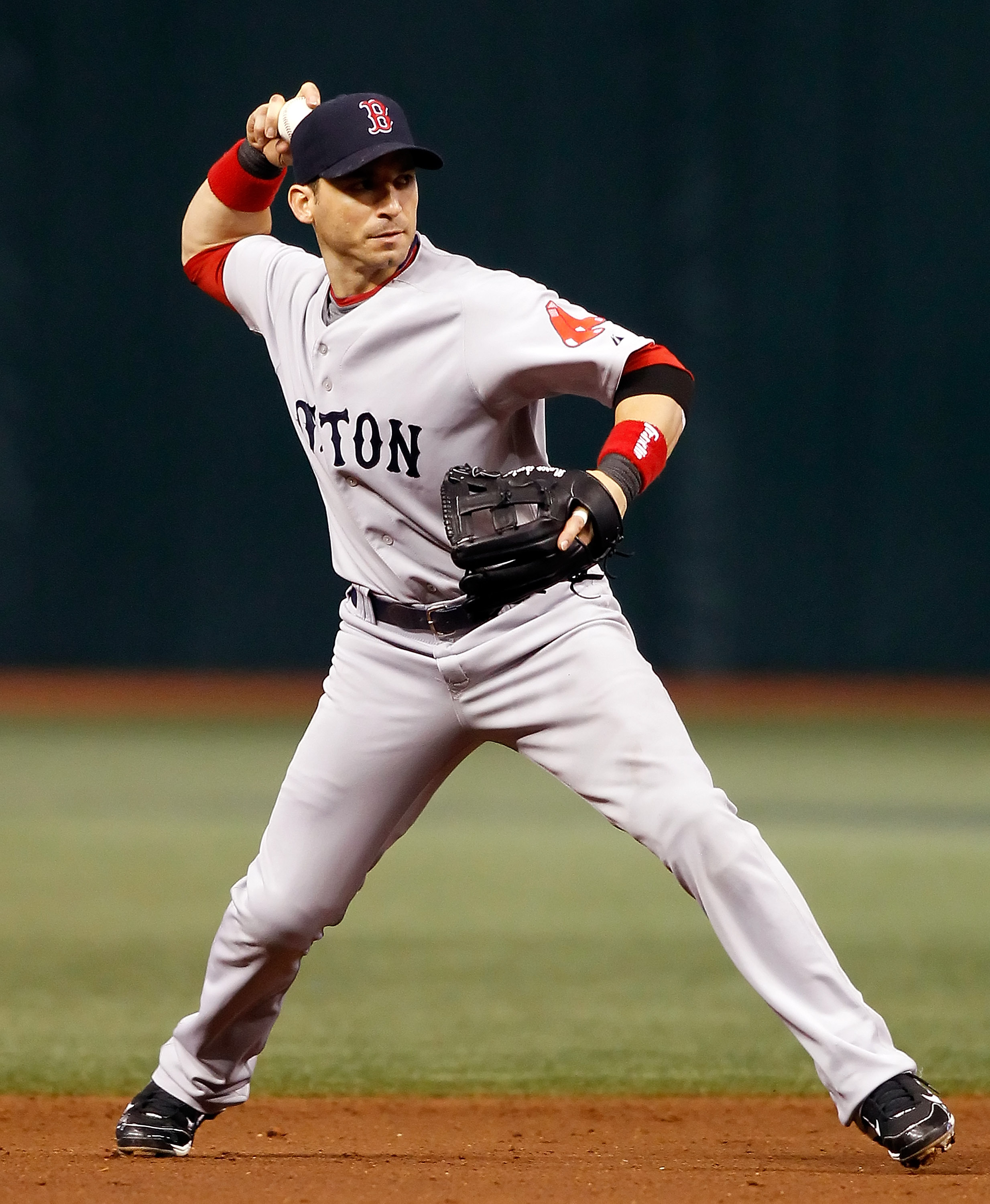 One of the main concerns for GM Ned Colletti and the Los Angeles Dodgers this offseason is finding a permanent solution for second base. For Dodgers fans, the last few seasons have been confusing in the middle infield, as several journeyman veterans and utility players have stepped in, taking turns manning the right side of the infield.

The upcoming season appears to be heading in the same direction. However, it is also possible with major names on the free agent market, the Dodgers will be able to sign a solid fielder with a productive bat to a multi-year deal.

With the future beyond the 2011 season in mind, let's examine the possibilities of a second baseman with stability-type qualities for the Los Angeles Dodgers.

Also check out: One Spot Left: Should the LA Dodgers Sign Vicente Padilla or Brandon Webb? 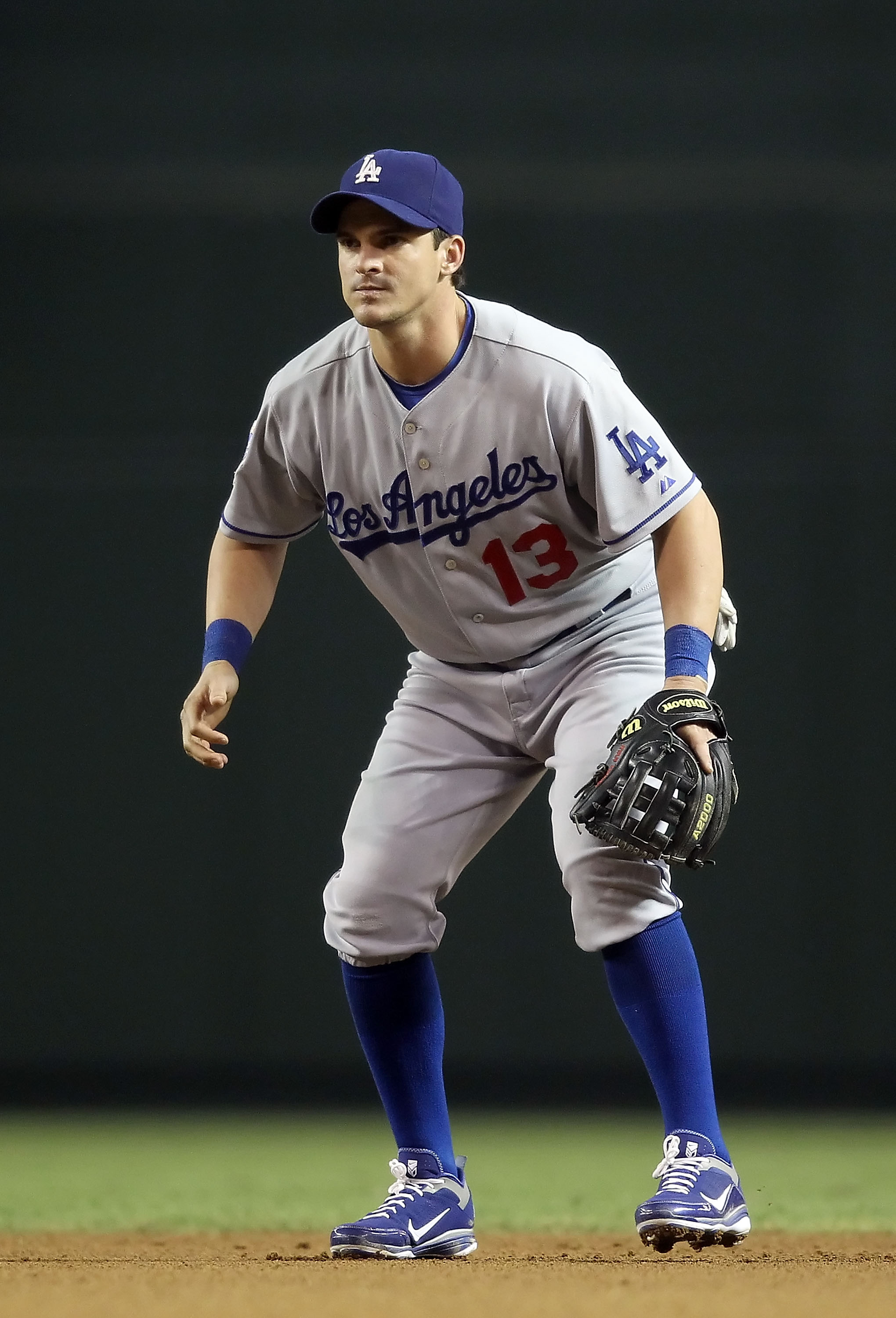 The 2010 trade deadline was noticeably quiet for the Dodgers, as GM Ned Colletti candidly discussed his lack of resources in regards to payroll and allowances.

Even still, the Dodgers were able to acquire pitcher Ted Lilly and teammate Ryan Theriot from the Chicago Cubs, but they gave up a young infielder with a solid future in the process (Blake DeWitt). Theriot is now a free agent and Blake DeWitt is still a Cub.

While Theriot provides solid glove-work in the middle infield and a solid double play tandem with shortstop Rafael Furcal, his production at the plate withered considerably in the final two months. It is unclear how successful he would be at the top of the Dodgers' lineup in 2011, but he would provide solid stability with a two or three-year contract.

Theriot seems like a viable option and most likely candidate, and the Dodgers certainly seem to think he could stick around. Judging by the warm reception he received from fans last season, the veteran would settle in nicely in Dodger blue. 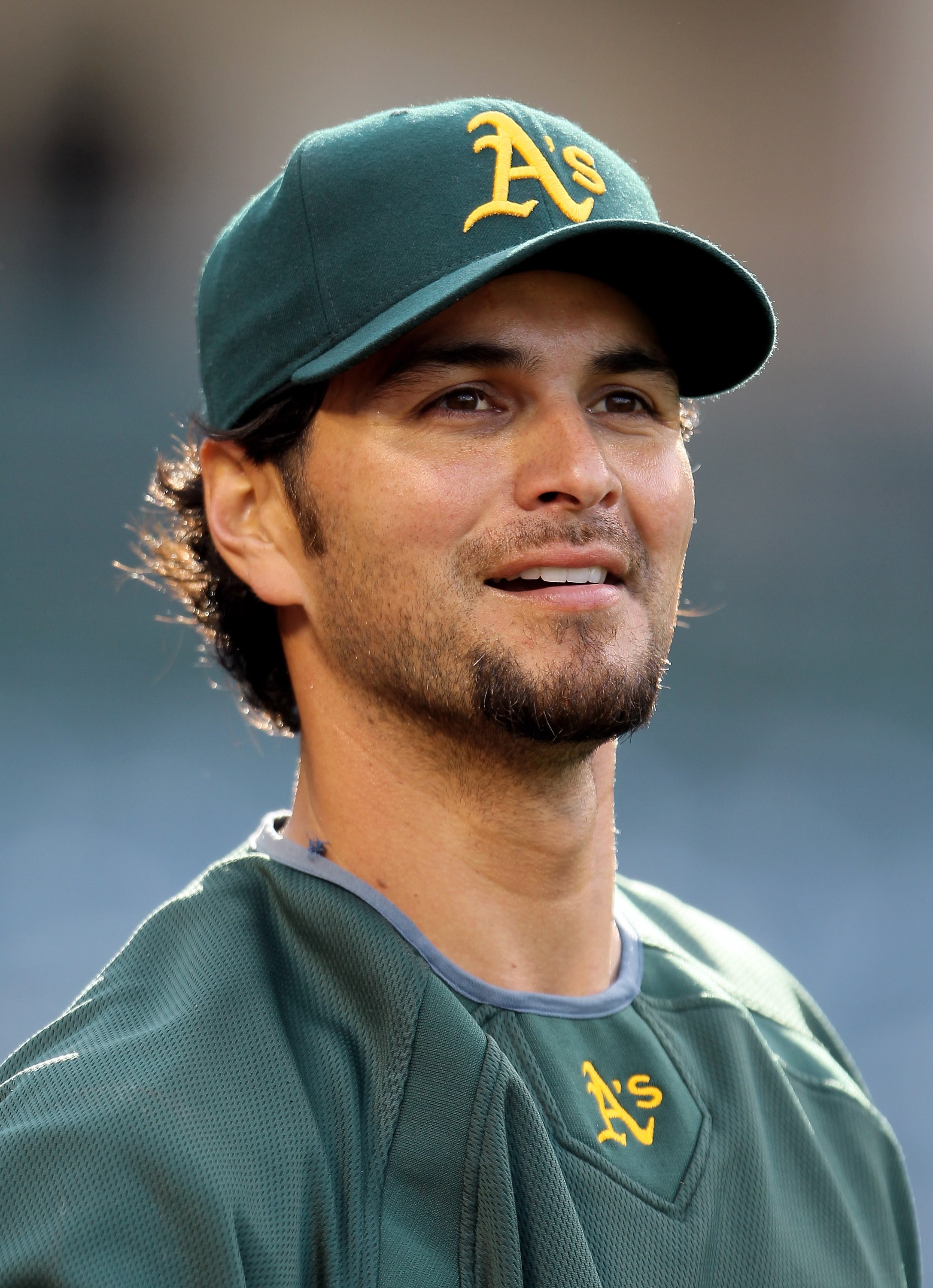 At the peak of his career, Chavez was a consistently productive left-handed bat with tremendous hands at the hot corner. However, in recent years he has been hampered by nagging injuries that have forced him to miss significant time.

Chavez would be a bargain for the Dodgers with a low asking price and acute risk factor. Signing Chavez to a preseason deal and inviting him to Spring Training wouldn't put the Dodgers in harm's way, and at the very least, they may find a diamond in the rough.

The organization should know to be cautious by now with veterans who fare well in the Spring. A slew of pitchers with good numbers in the Spring failed to follow up in the regular season last year. Russ and Ramon Ortiz appeared to be poised for major career comebacks, but suffered through injuries, terrible numbers and disappointing hardships before ultimately being let go.

Dodger fans shiver at the thought of another Garret Anderson situation, allowing a big name with past glory to remain on the roster until it was too late, only to let go of them when all has become irrelevant.

When looking at Chavez, a surprise performance would be a welcomed sight in Chavez Ravine, and he may even have a section of the outfield named after him. However, it may be just wishful thinking. Los Angeles will probably have to spend a decent amount of their increased payroll to shore up a reliable second baseman.

The Boston Herald has reported the Dodgers are showing interest in Chavez, but it may be too little, too late for Chavez in an otherwise solid career. 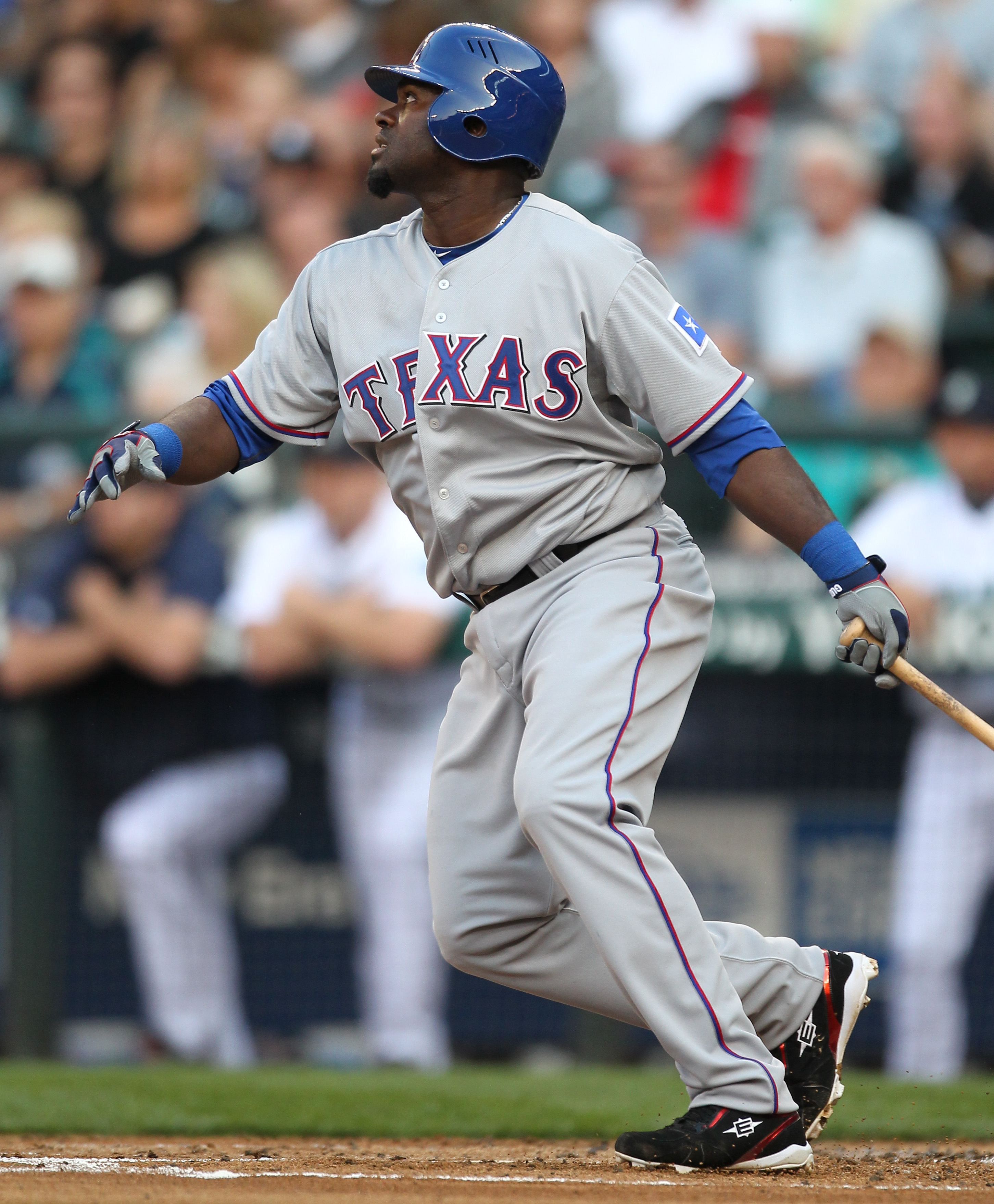 Guzman has the ability to provide innings all over the infield but also has shown signs of production at the plate in recent years. The hefty infielder, at 32-years-of-age, fits the role of a second baseman that could finish his career as a Dodger.

His contract figure is likely to come down from his previous two-year, $16 million deal he signed with the Nationals in '09 since his production declined while with the Rangers at the tail end of the season. Despite the concerns with the bat, Guzman would be a solid addition to the roster if the price is right for LA.

It is likely his decline at the dish last year was a slump and not a sign of a deteriorating career.

There hasn't been much word on where Guzman will end up next season, so it's anyone's guess. Colletti has to keep him in mind, but he is not the primary target for the job at this point. 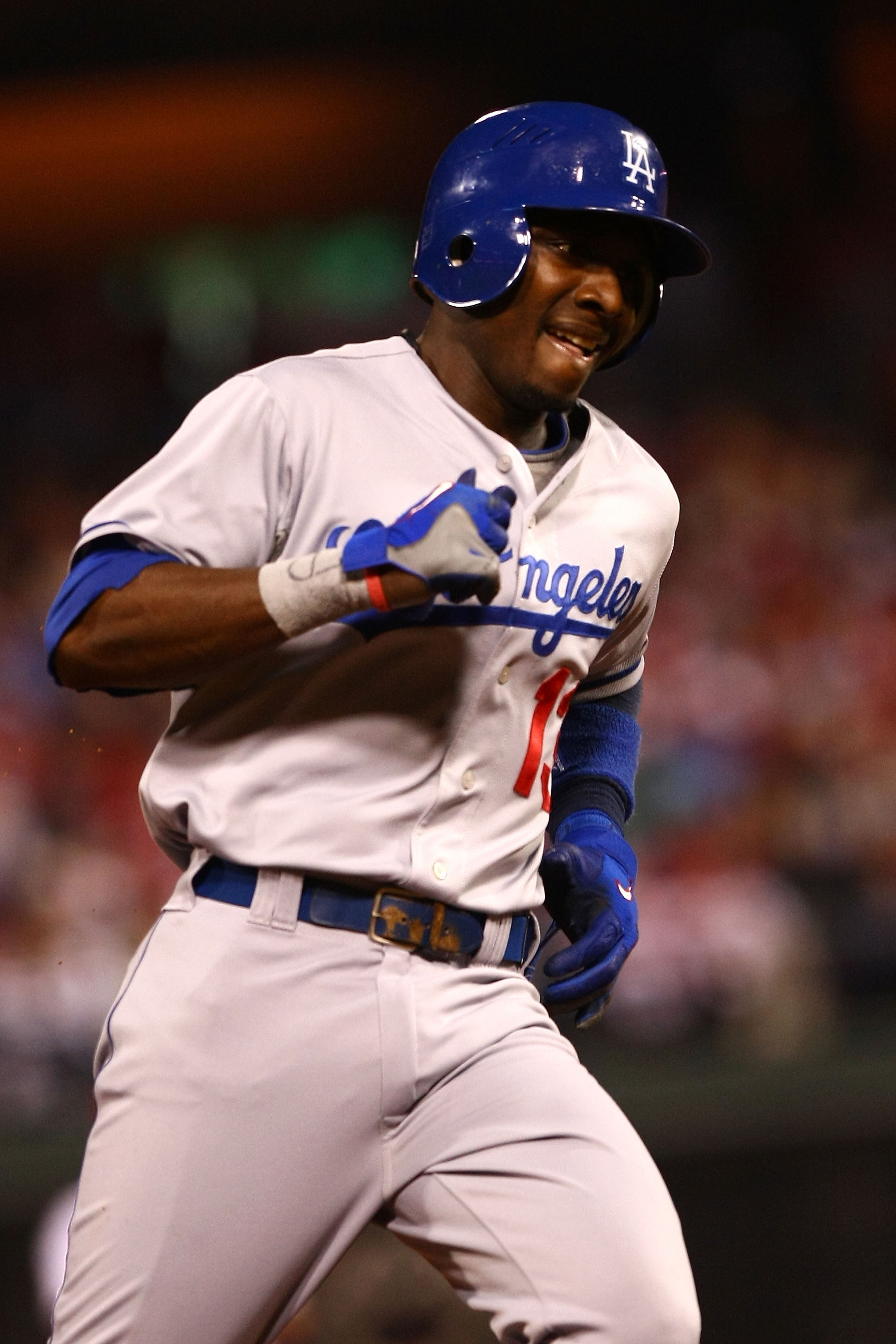 The most prominent two words from the Hot Stove on a possible return to Tinsel Town for Orlando Hudson are "Not likely."

When Hudson's first stint with the Dodgers came to an end, he was an overpaid bench player seeing little action behind the sudden production and excitement of Ronnie Belliard.

Orlando was displeased with his time in LA and has also mentioned he would like to remain in the American League after his contract expired with the Minnesota Twins.

However, Hudson provides sound defense and range at the second base hole and seemed to operate well in the middle with Furcal. Stating the versatility of having two switch-hitters at the top of the lineup "a luxury" would be undermining the actual possibility of the matter.

The Dodgers could afford Hudson with a bargain relief pitcher. Dodgers officials would love to see Furcal lead off, followed by Hudson before the big bats of Andre Ethier, Matt Kemp and a possible power bat in the middle of the order.

At this point, Hudson remains a long shot, but a warm welcome back would certainly be waiting for him should he reconsider a return to the National League and Chavez Ravine. 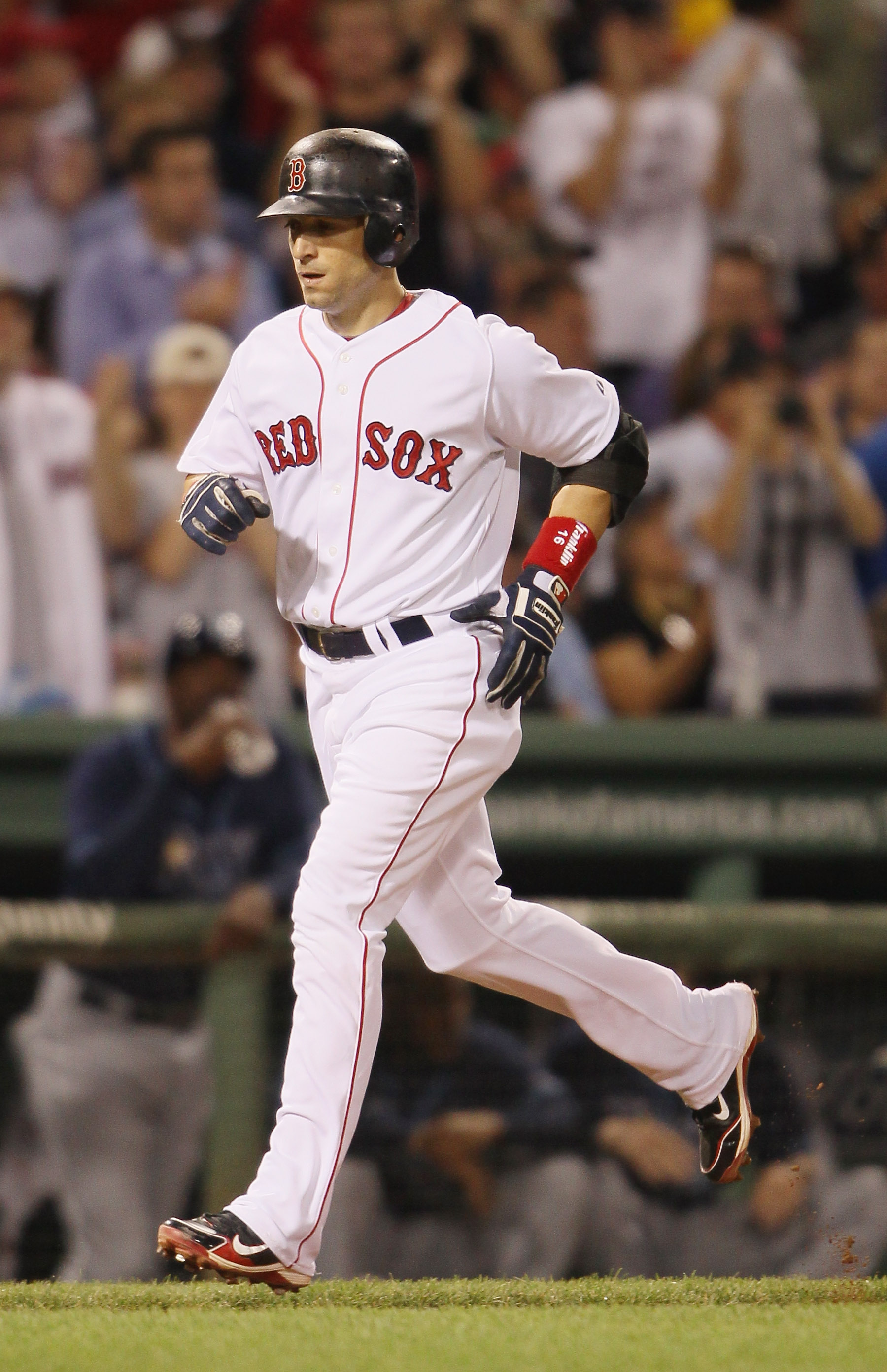 Multiple reports say the Dodgers have reached out to Scutaro's agent about the possibility of bringing him to LA and moving him to second base. Thus far, it all seems like rumor mill fluff, the practicality of it seeming out of sight.

Scutaro has played close to 300 games at second base, so a shift to the right side of the infield wouldn't be completely out of the question. With Scutaro's defensive abilities though, it would make sense for the veteran to desire to remain a shortstop.

Signing the infielder to a multi-year deal also raises concerns financially for the Boys in Blue. Scutaro made $5.5 million last season, and a deal lasting more than a couple seasons might be too hot to handle. The thought of a long-term investment is a scary idea for the Dodgers, who have been the unfortunate victims of such deals in recent years.

Los Angeles' deferred payment commitments are slowly fading away, but the memory of Juan Pierre, Jason Schmidt and Andruw Jones must remain fresh in Colletti's memory.

While Scutaro would be a dream-come-true for fans and the organization, it is not likely he will be signed. The rumors will continue to swirl, but Dodgers fans shouldn't get their hopes up. Scutaro will most likely not be in Dodger blue for the 2011 season.