MLB Free Agents: The 10 Most Underrated Players on the Free Agent Market 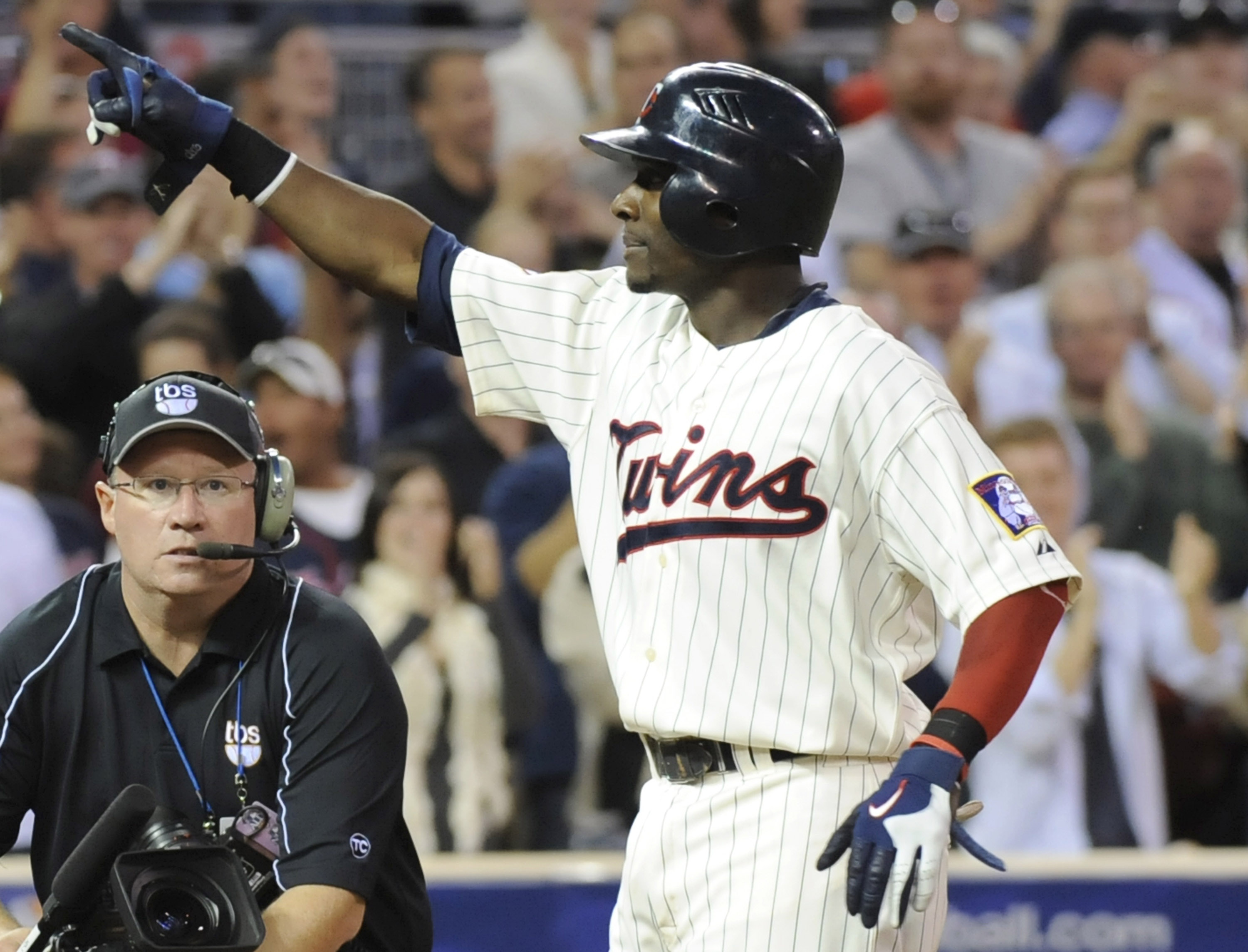 Every offseason the free-agent class is headlined by a small group of big-name players. In 2008, CC Sabathia and Mark Teixeira were the big names. Last year, it was probably John Lackey. In 2010, Cliff Lee is undoubtedly the biggest fish in a very, very small pond.

The problem is, players of this ilk command huge salaries and usually end up on big-market teams like the Yankees, Red Sox and Mets. The most interesting part of free agency is to be found when one looks past the big names at bargain players—those whom people had forgotten about.

Even when looking at the underrated players on the market, this year’s free-agent class is still poor.

Not to kill the suspense but, no, Cliff Lee will not be appearing on this list. 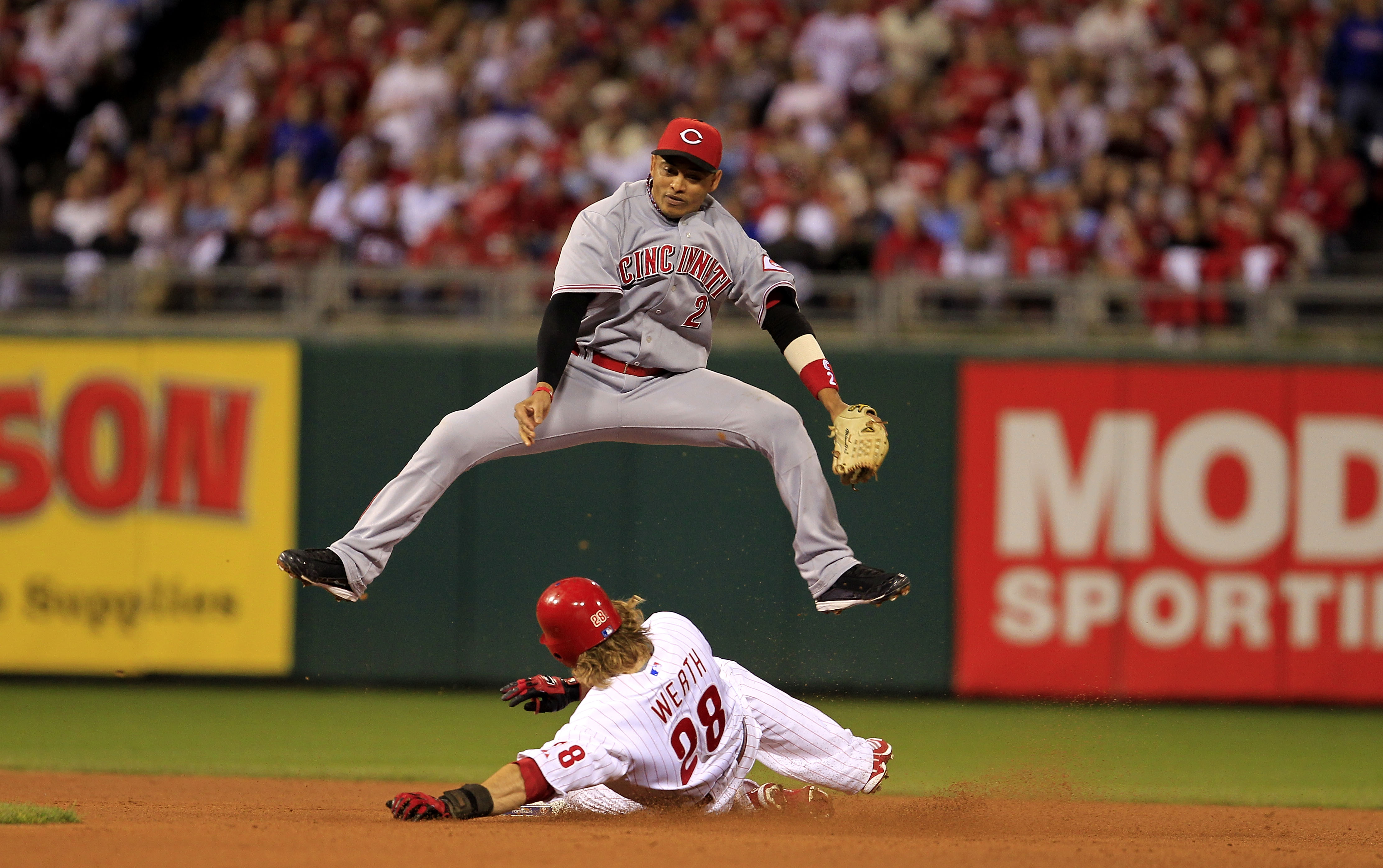 Cabrera has never really received the credit he has deserved. It is a bit unfortunate that, now that he is past his prime, he never will. Next season, if he does not re-sign with Cincinnati, he will don his sixth different jersey in five years.

In an average year, he will bat .274 and drive in 70 runs. Offensively, he is very average. Defensively, however, he is still good. He might not be as good as he was from 2005-2008, when his UZR was consistently in double digits, but he would be an improvement at short for some. 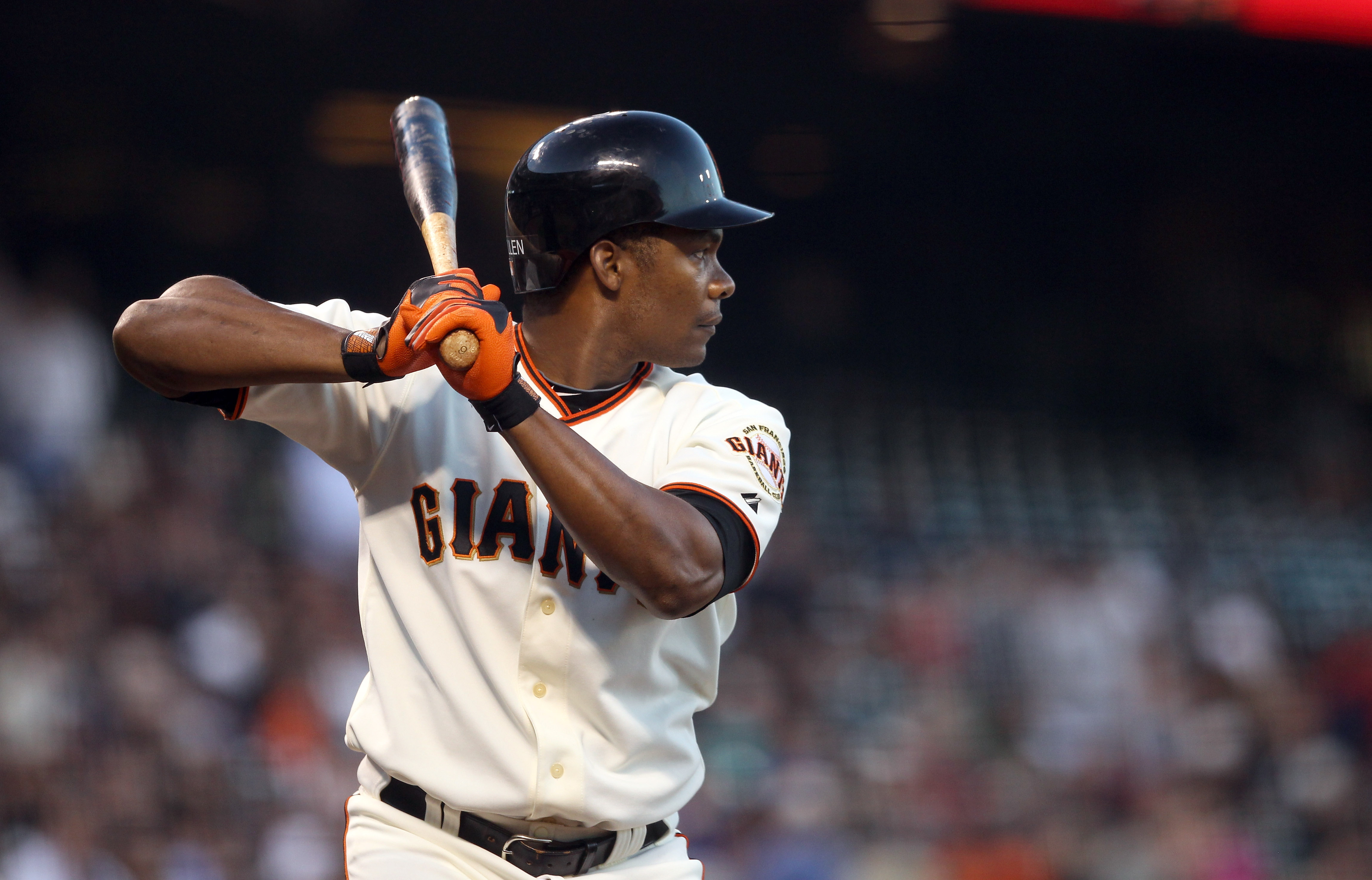 Guillen is being spoken about quite widely now, but not for the reasons he would want. Allegedly accepting a shipment of HGH, being taken off the Giants’ payroll at the request of the commissioner and being investigated after all of that came out, means that no one is talking about where he will be playing in 2011.

He is not a great player on either side of the ball, but one must always bear in mind that this year’s group of free agents is woeful. Guillen has averaged 21 home runs and 87 RBIs, which is very good if one discounts his batting average (.258 last year).

He played as the DH more than he did in RF for the first time in his career, signalling a move away from being a regular position player and greatly reducing his value in the National League. 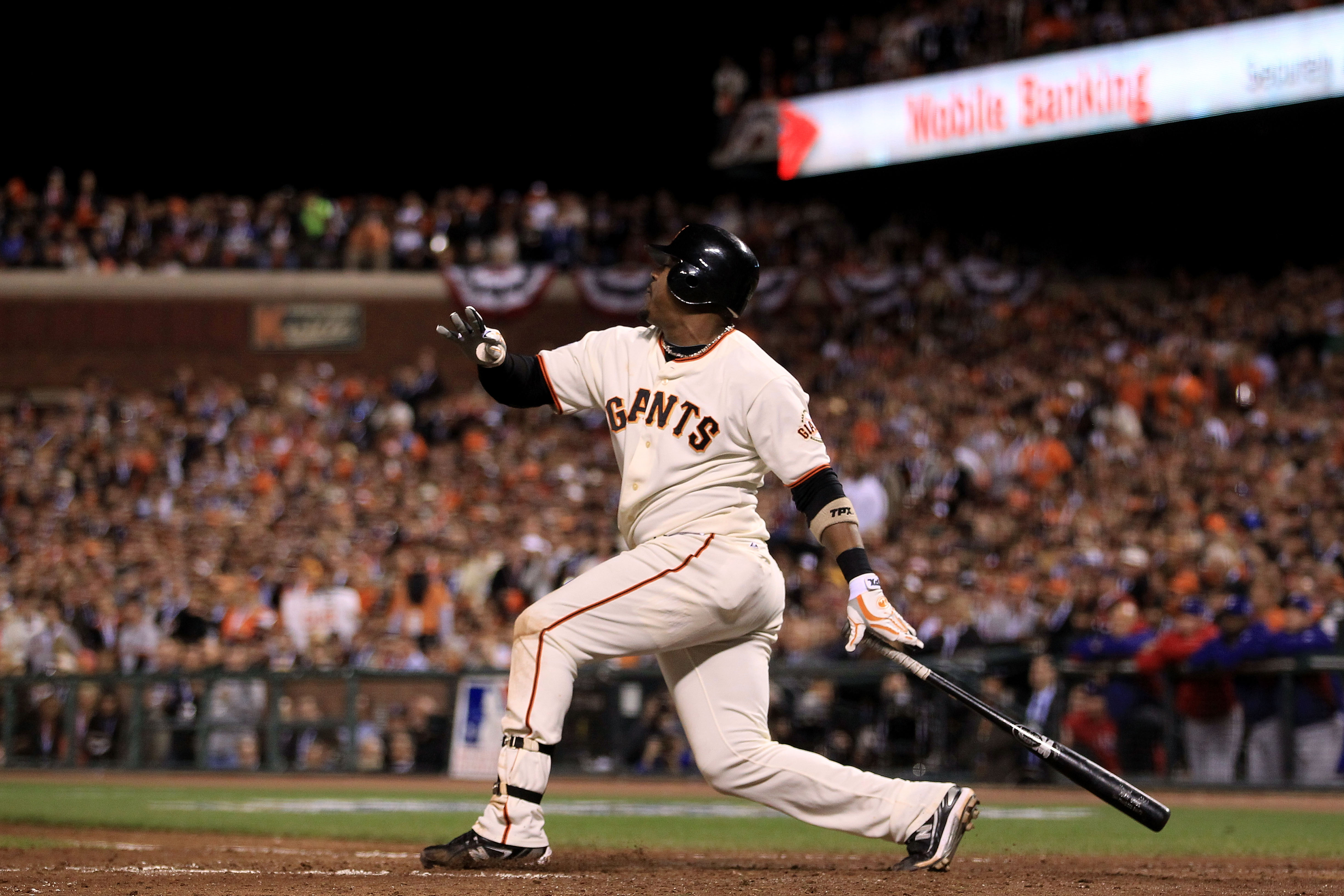 Uribe plays short and third and does so pretty well. Teams can do better offensively, even in this offseason, but that is not to say that he is a liability. He was clutch in the World Series, driving in five runs, and his ability to play both positions on the left side of the infield makes him quite attractive. 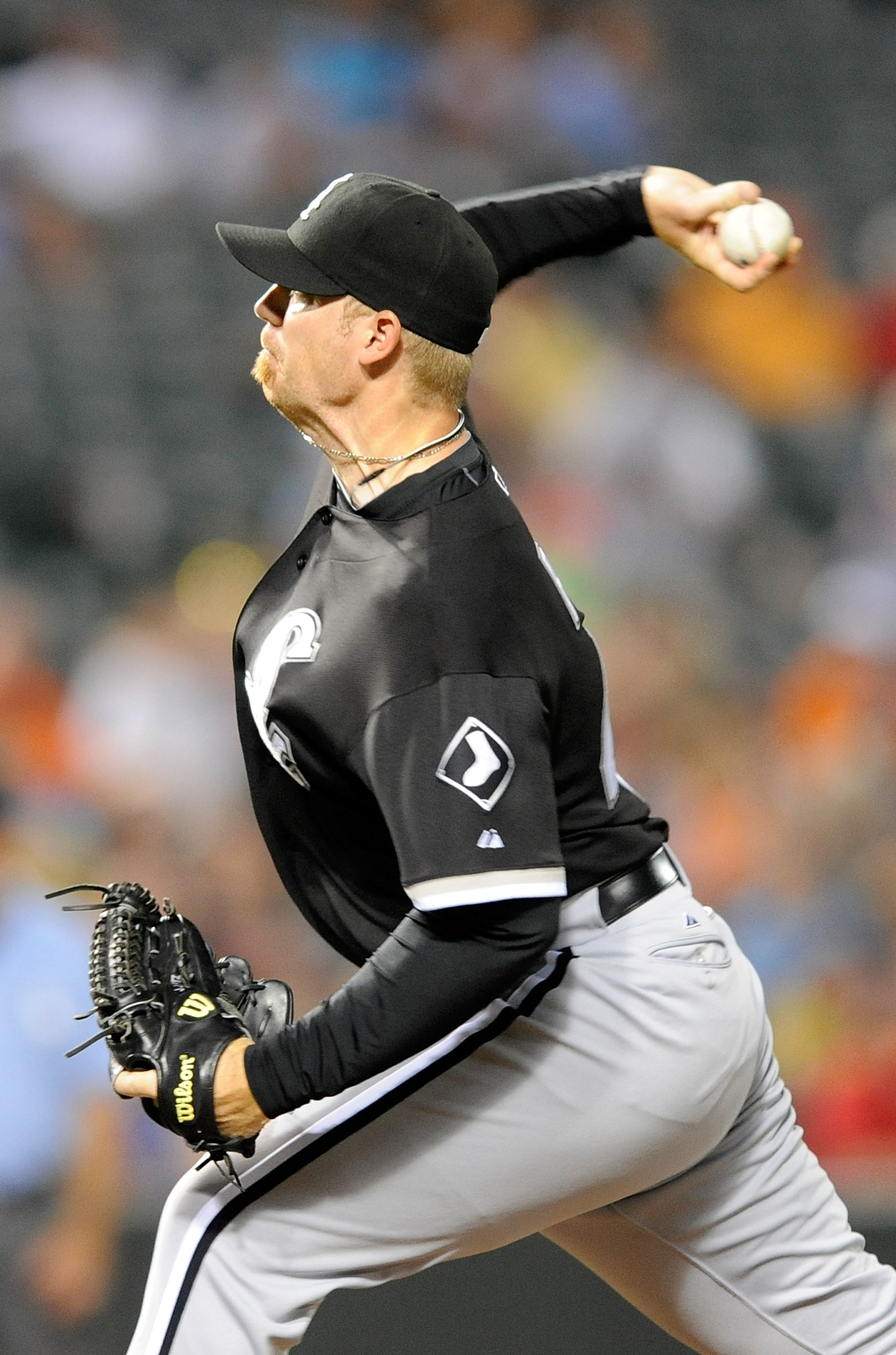 For such a poor free-agent pool, there are a fair number of good relievers needing contracts for next year. Behind the likes of Soriano, Benoit, Balfour, Wood and Rauch, Putz could easily be forgotten about. That would be a mistake, however.

Since he finished 13th in MVP voting in 2007, Putz has come nowhere near that season’s 6-1, 1.38 mark. His one year (2009) in New York was terrible. He posted a career-worst 5.22 ERA and he was limited to just 29.1 innings. Last year the White Sox took a gamble, giving him a one-year deal for $3 million. Putz responded with the third-best ERA and WHIP of his career.

His 2009 campaign will still be stuck in some people’s minds, but if Putz can deliver his 2010 numbers again, whatever team signs him will be glad it did. 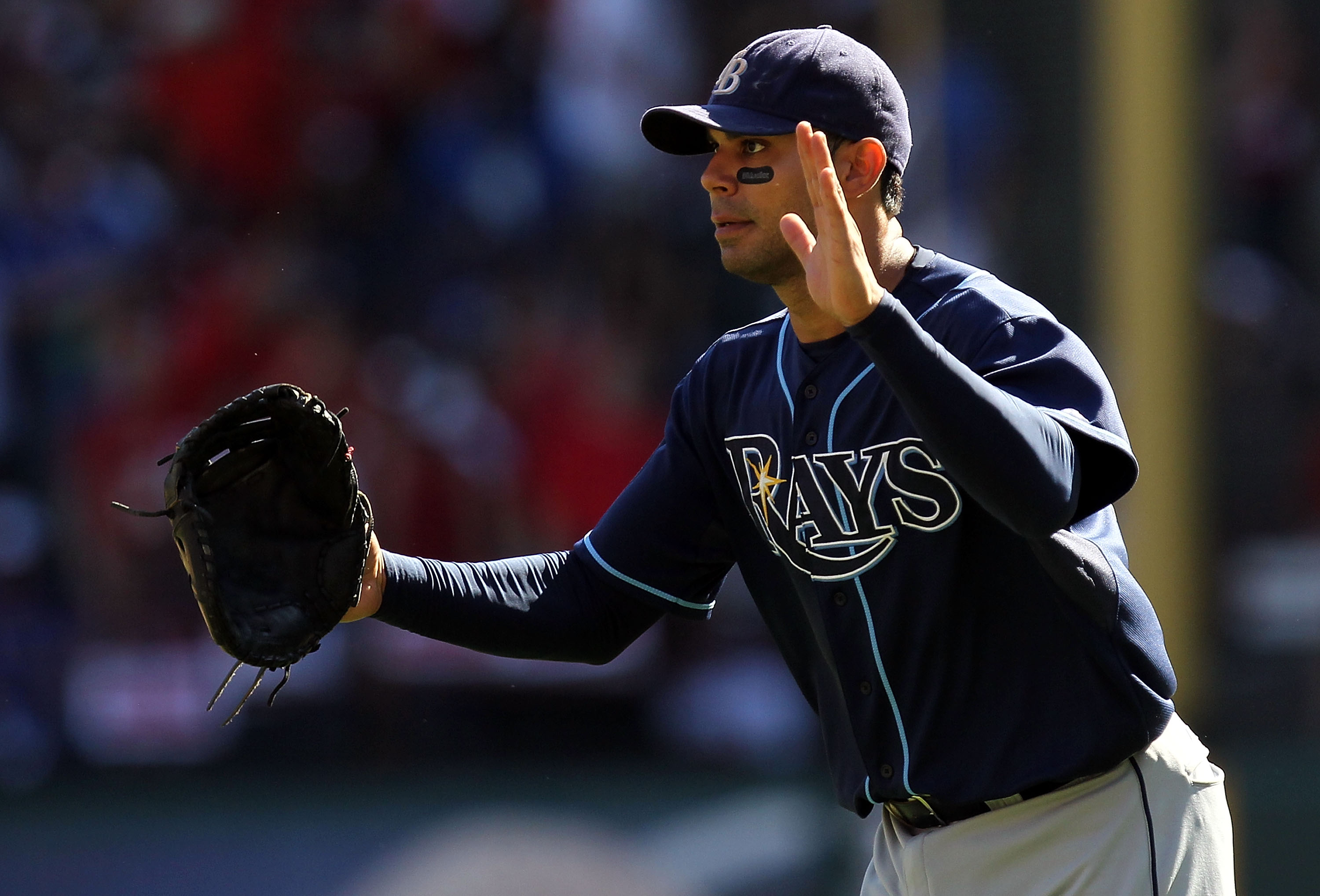 Last year his inclusion on a list such as this would have been unthinkable. Then the 2010 season came.

His home run total fell by 11, his OPS fell almost 200 points, his defense was worse and his batting average was below the Mendoza line, at just .196.

Take a minute to read that batting average again. It really was .196.

He has power and, while he had a bad year, his stock as a free agent will still be high. It just will not be anywhere near where it should be. 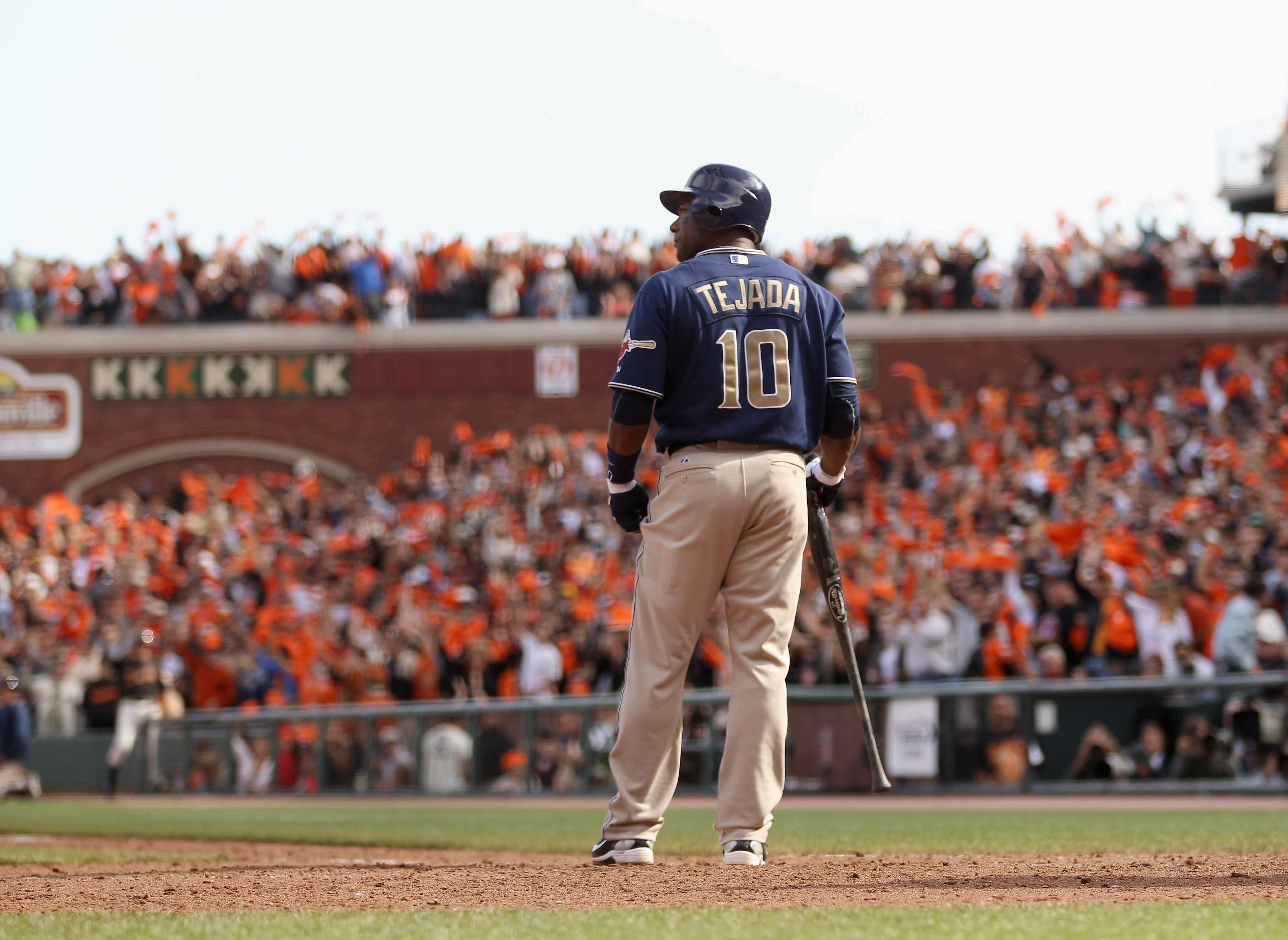 Tejada has been brilliantly durable. Only once since 1998 has he appeared in fewer than 156 games—he played in all 162 for six straight years. Still, the fact that he will be 37 next year and that his 2010 batting average was his worst in a decade will put some people off. 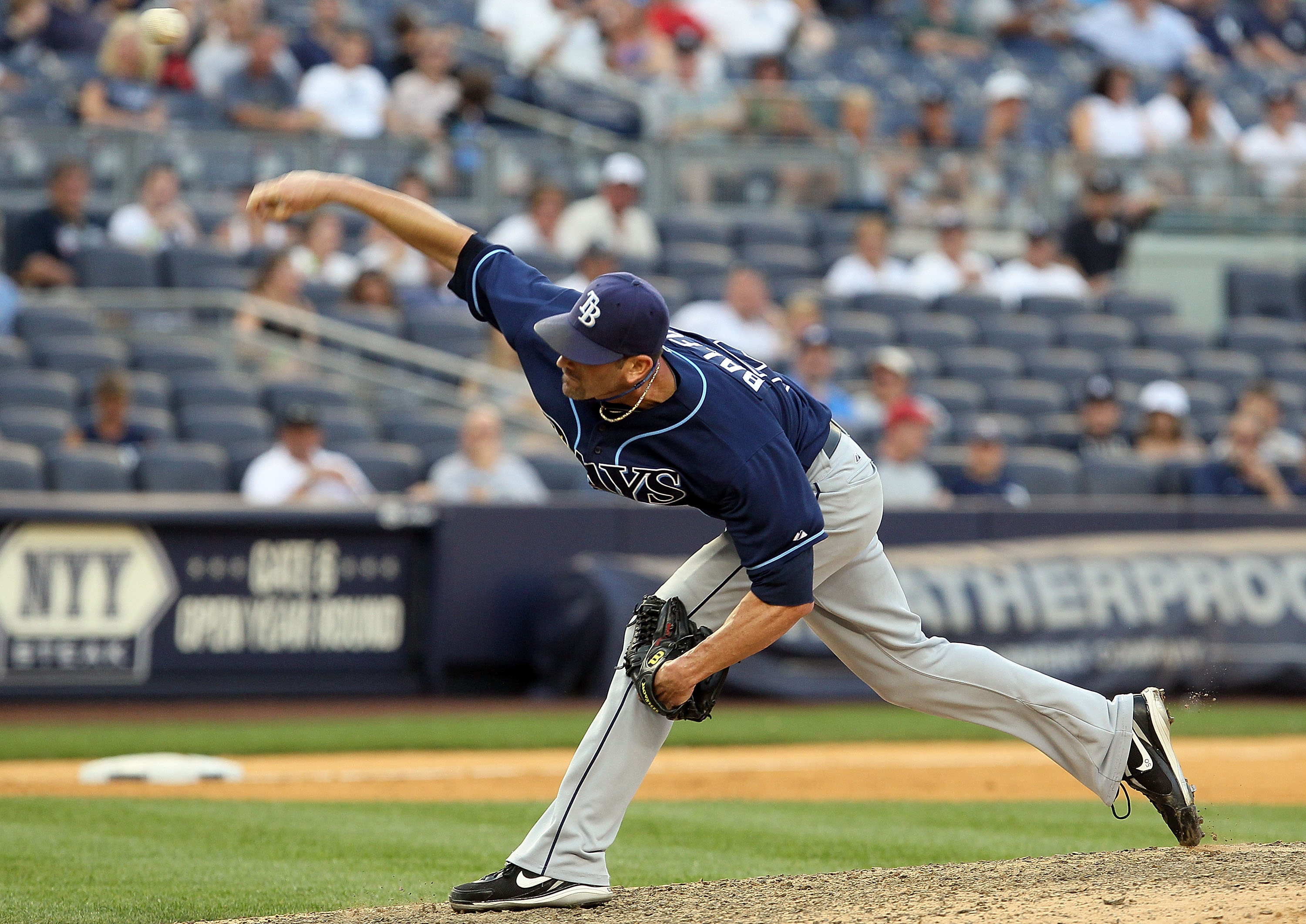 Grant Balfour is not as injury-prone as his reputation would have one believe, as he has made just one DL trip in the last three years. A 2.28 ERA and the second-lowest WHIP of his career in 2010 solidified his place in the Rays’ brilliant bullpen.

That might be Balfour’s problem, however. The Rays’ relief corps was great last season, but most of them are free agents. With the likes of Rafael Soriano and Joaquin Benoit (who just signed with Detroit) grabbing the FA headlines, Balfour might find himself lower in some GMs’ minds than he deserves to be. 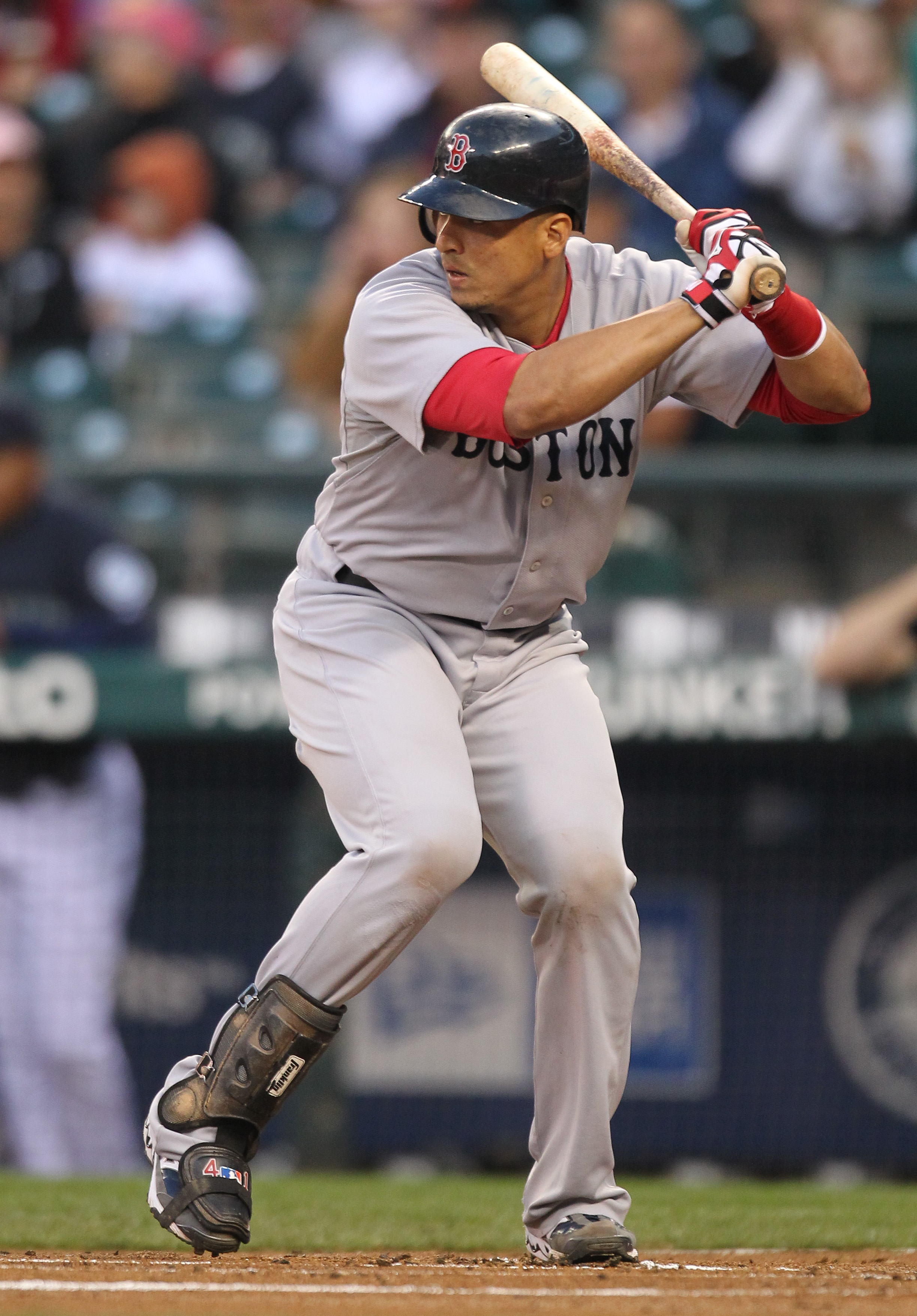 "If your team needs a catcher who absolutely will not get on base, this is the free agent class of your dreams."

The market is horrible. Victor Martinez is far-and-away the best catching option. Why then does it seem like everyone has concerns about him? Defensively he is not great, and he struggles mightily to throw out runners. Then there is the worry that he will not be able to catch for much longer. The general consensus is that he will catch next year and the one after that. After that, he will be at first and/or DHing.

Despite that, he was very good offensively in 2010. He led the majors in batting average against LHP. The best option at catcher is not even that good an option as a catcher, but in this FA climate, what can one do? 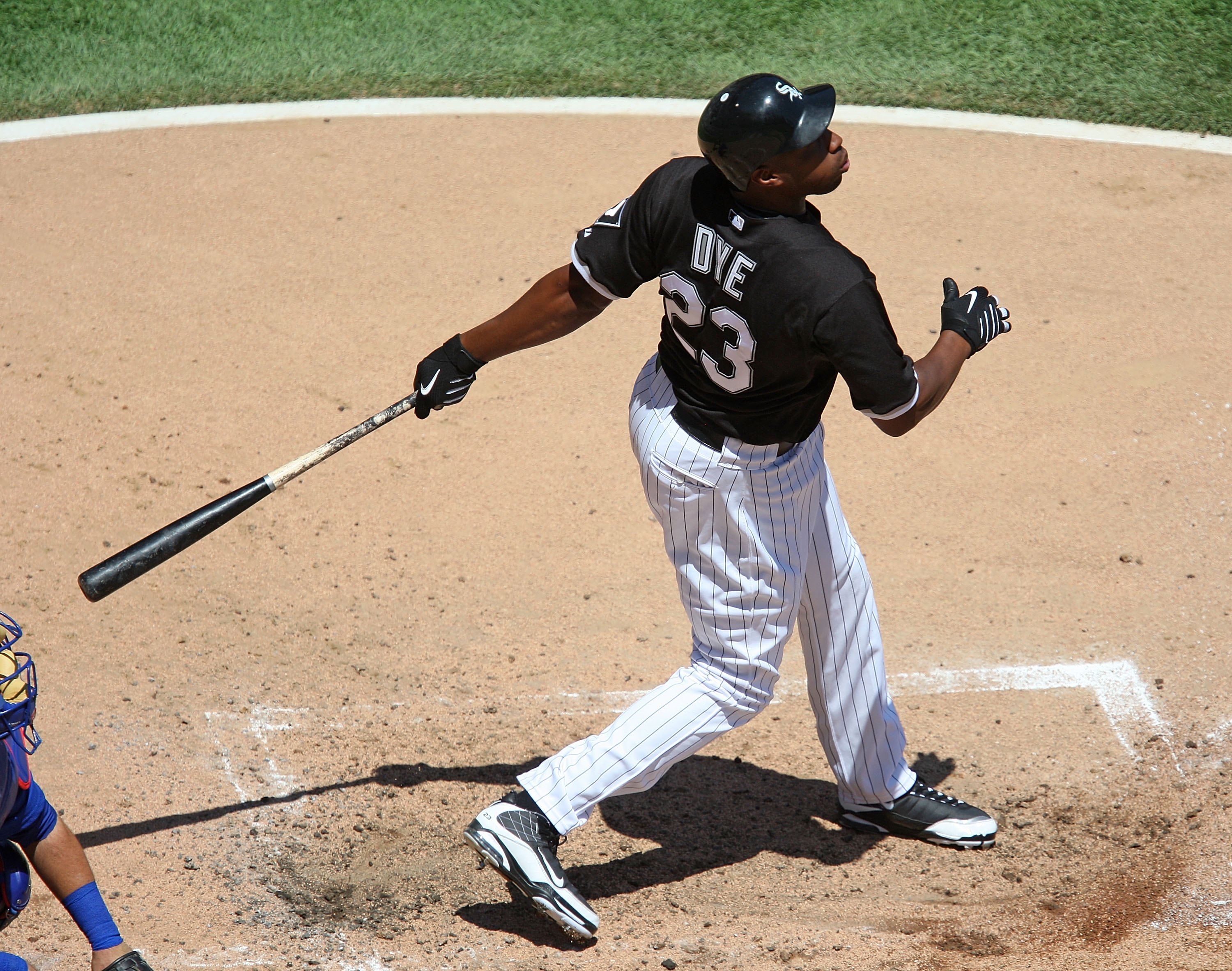 Of course, no one knows how much the missed year will cost him in terms of ability and offensive production. His last season, 2009, saw his batting average slump to a paltry .250. Also, he will be 37 next year. It all adds up to make him a big concern and a big gamble if any team is interested.

His average season is 30 home runs and 99 RBI though, and there are not many guys of that caliber available. It is a risk, but it might be one worth taking. 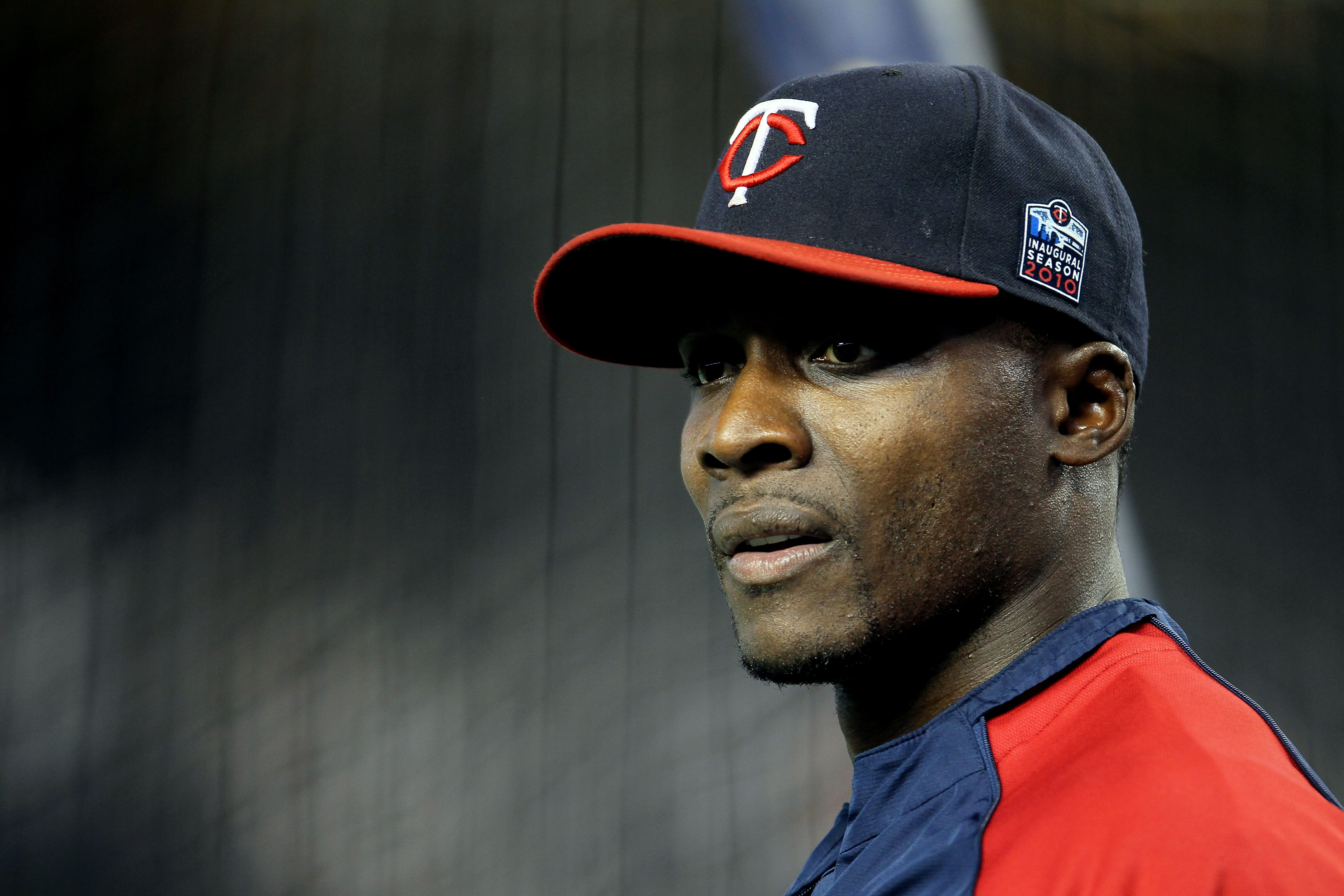 A few years ago, it would have been stunning to think of Hudson as underrated. But after bouncing around the league a bit, and an offensive decline, it might be the case. The likelihood is that in 2011 he will be playing for his fourth team in as many years.

Last offseason, Minnesota signed him to a one-year, $5 million contract and got a decent return on the investment. Hudson ended the season with a .268/.338/.372 line. Though it was the third straight year his average had fallen and the first time since 2005 his OPS+ was below average, it was enough to make him quite a good option in the FA market. He was stellar at second, with a UZR just shy of 10. He would not be an altogether risky pickup for a few years.