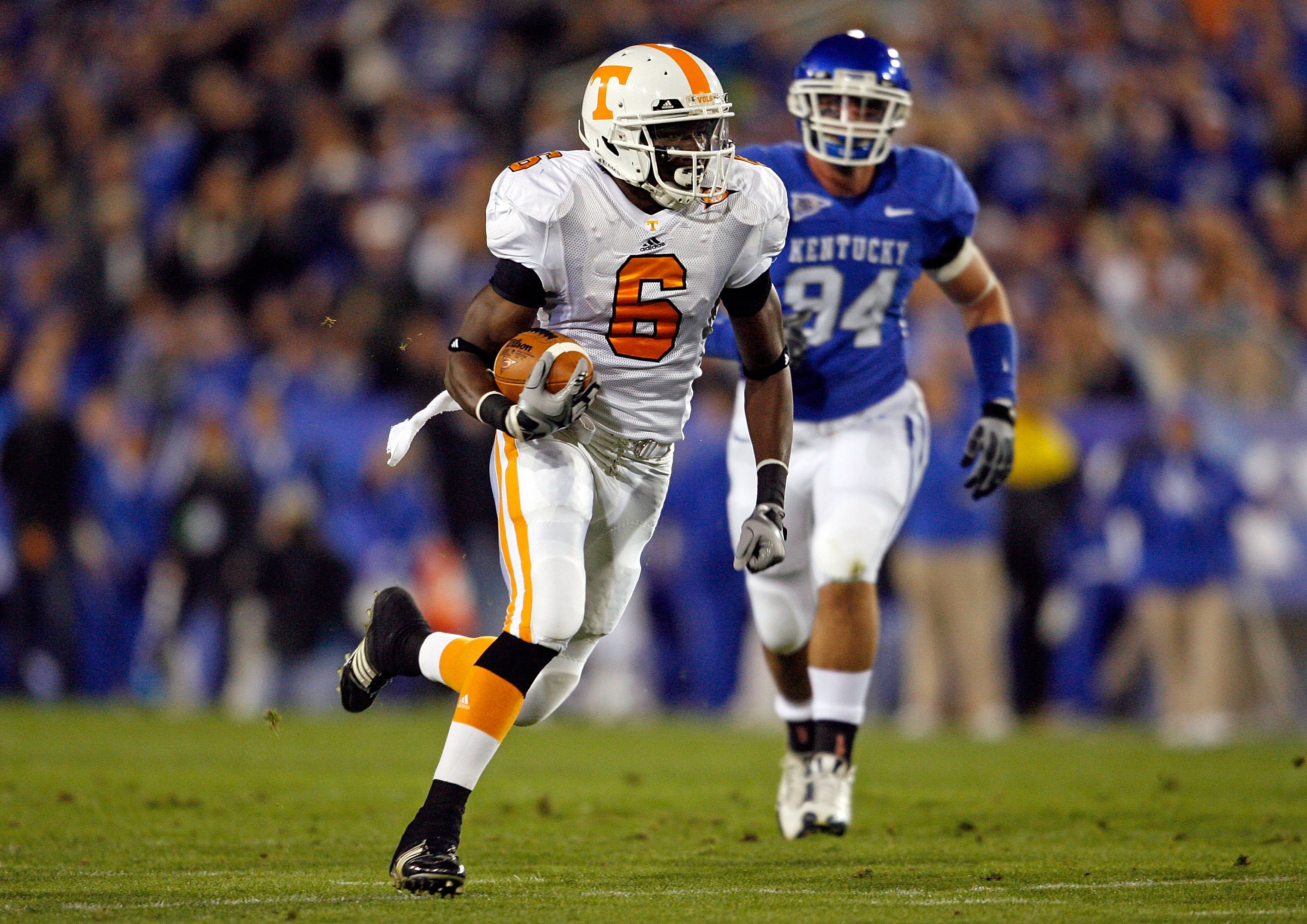 But what about the senior players who didn't receive that same type of publicity, yet have emerged as intriguing NFL prospects during the season?

Every year certain players use their final season in the college game as a platform for breakout success and, in turn, make a run up the NFL Draft boards.

Let’s take a look at 15 seniors who may not necessarily be the cream of the crop of this class, but will still be knocking on the NFL’s door come April. 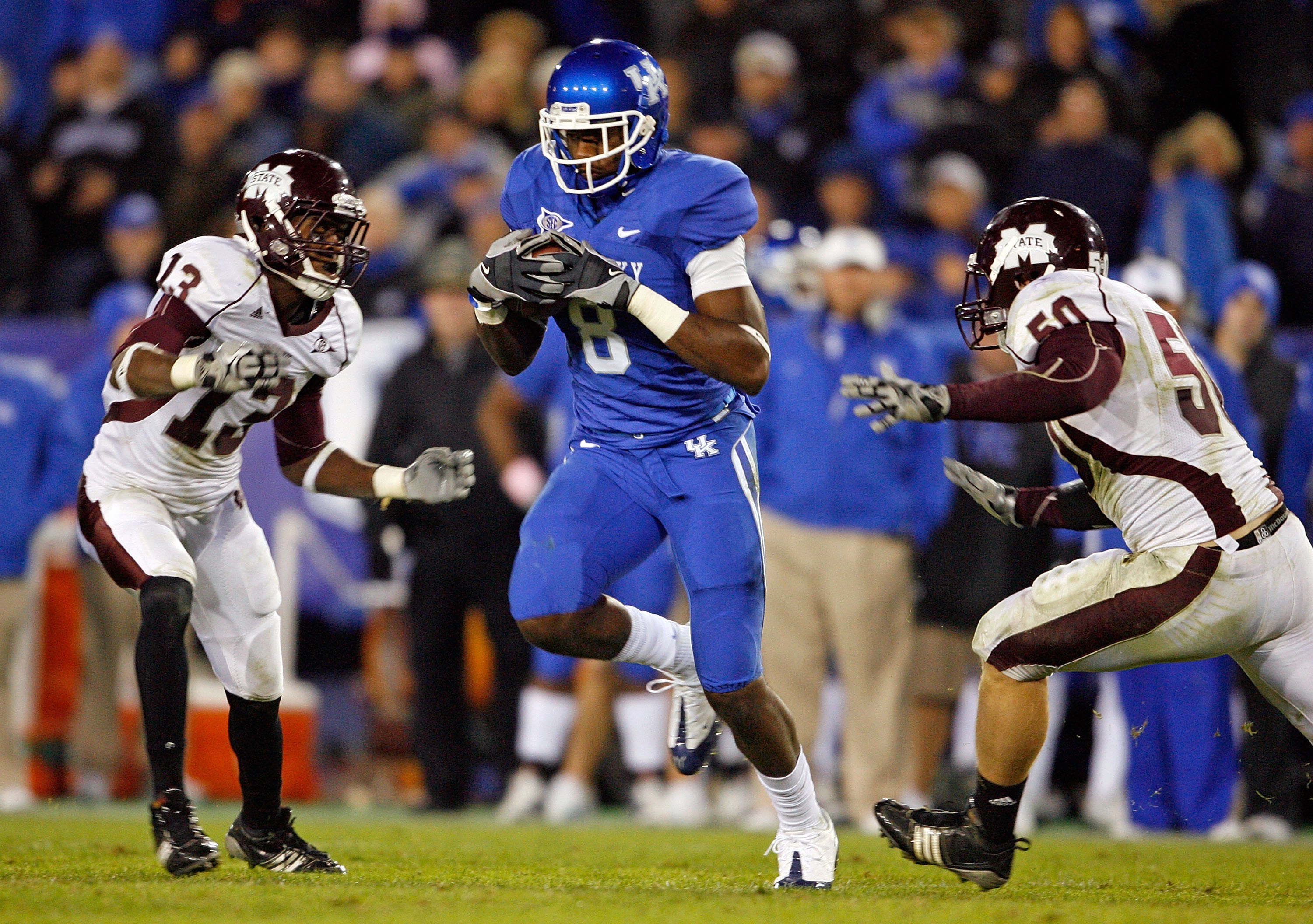 After looking less than sensational as a junior last season, Chris Matthews has finally put his talents to good use and lived up to the hype he had coming out of Los Angeles Harbor Junior College.

Matthews, a 6'5" 220-pound senior with remarkable speed and athleticism for his size, leads the SEC with eight touchdown grabs and is averaging 15 yards per catch.

There’s still no clear cut No. 1 senior wide receiver prospect at this point, and it wouldn’t be surprising if Matthews grabs that spot if he keeps up this pace. 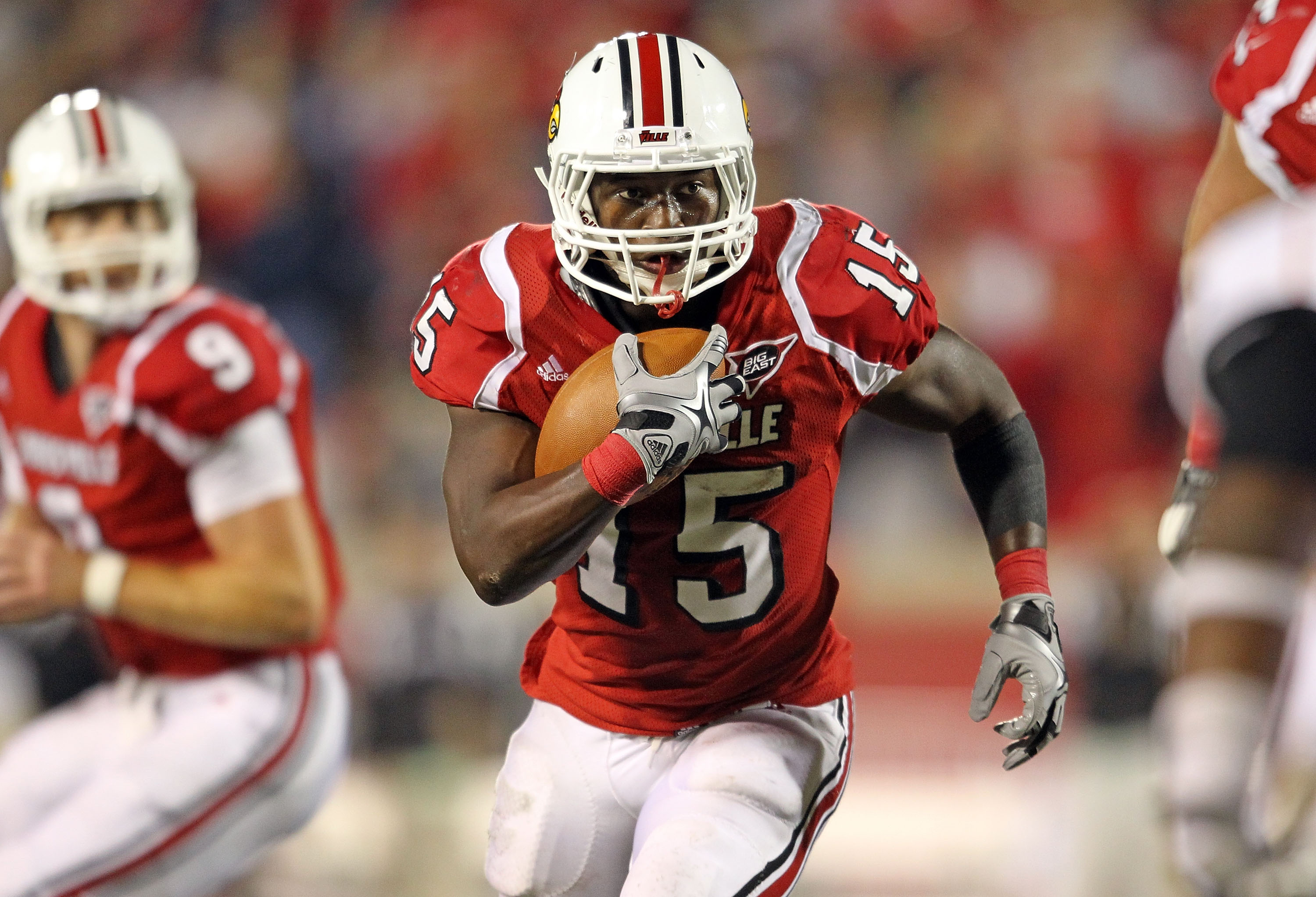 A big factor in Louisville’s surprise resurgence during Charlie Strong’s first season has been the explosiveness of running back Bilal Powell.

At 6'0" 215-pounds, Powell leads the Big East with over 1,000 rushing yards already this season. He’s shown a second gear that we haven’t seen from him in previous years, when he was playing in the shadow of Victor Anderson.

Even though the senior back will likely get downgraded a bit for racking up most of his yards against inferior defenses like Connecticut and Arkansas State, Powell has done enough this season to give scouts a reason to be interested in his services. 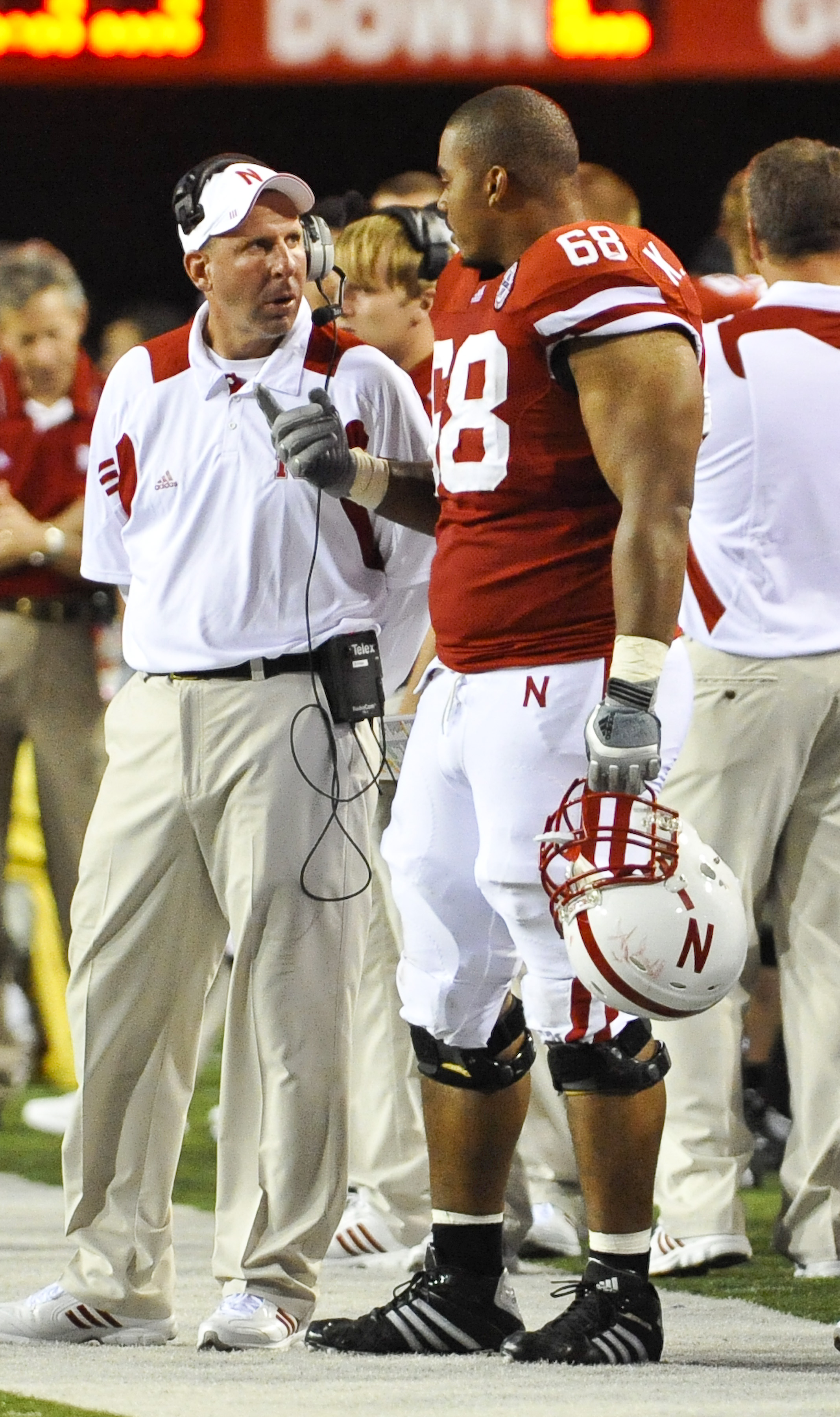 This year, there doesn't seem to be any elite offensive guard prospects like Ben Grubbs, Brandon Albert or Mike Iupati, who were all guards chosen in the first round of recent drafts. There are a few interior prospects, however, who look like they could be solid starters at the NFL level.

One such player who doesn’t receive much attention is Nebraska’s Keith Williams, who has been one of the main big men up front paving the way for Nebraska’s ferocious rushing attack this year.

The 6'5" 315-pound Williams has been a three-year starter for the Cornhuskers. He looks like he has the strength and toughness to handle the trenches of the NFL. 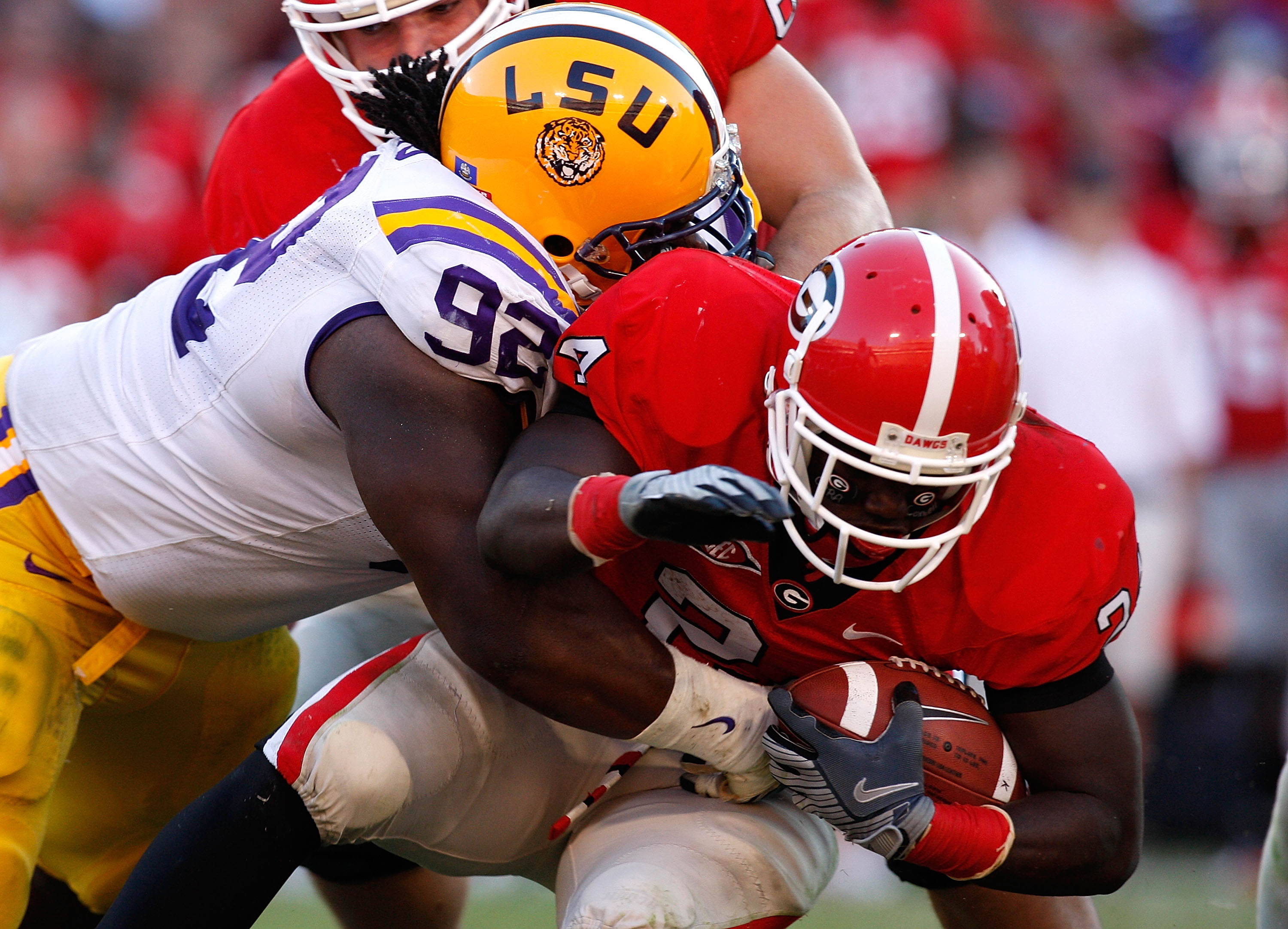 Nevis has come up big for the Tigers all season long, as we saw this past weekend with his constant presence in the Alabama backfield.

Nevis may not be an every-down type of lineman at the next level, but he can offer a pro team a stout interior force who gets consistent pressure through penetration. 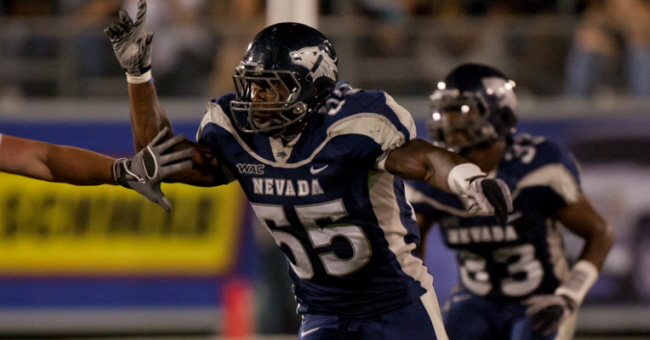 If you’re going to list the smaller, tweener defensive end prospects who would make great 3-4 rush linebackers at the next level, you better make sure Nevada’s Dontay Moch is at the top.

The 6'1" 245-pound Moch, who reportedly ran under 4.4 seconds in the 40-yard dash this summer, is the reigning WAC Defensive Player of the Year after recording 20 tackles for a loss and 6.5 sacks in 2009. And he’s on pace to best those numbers this season. 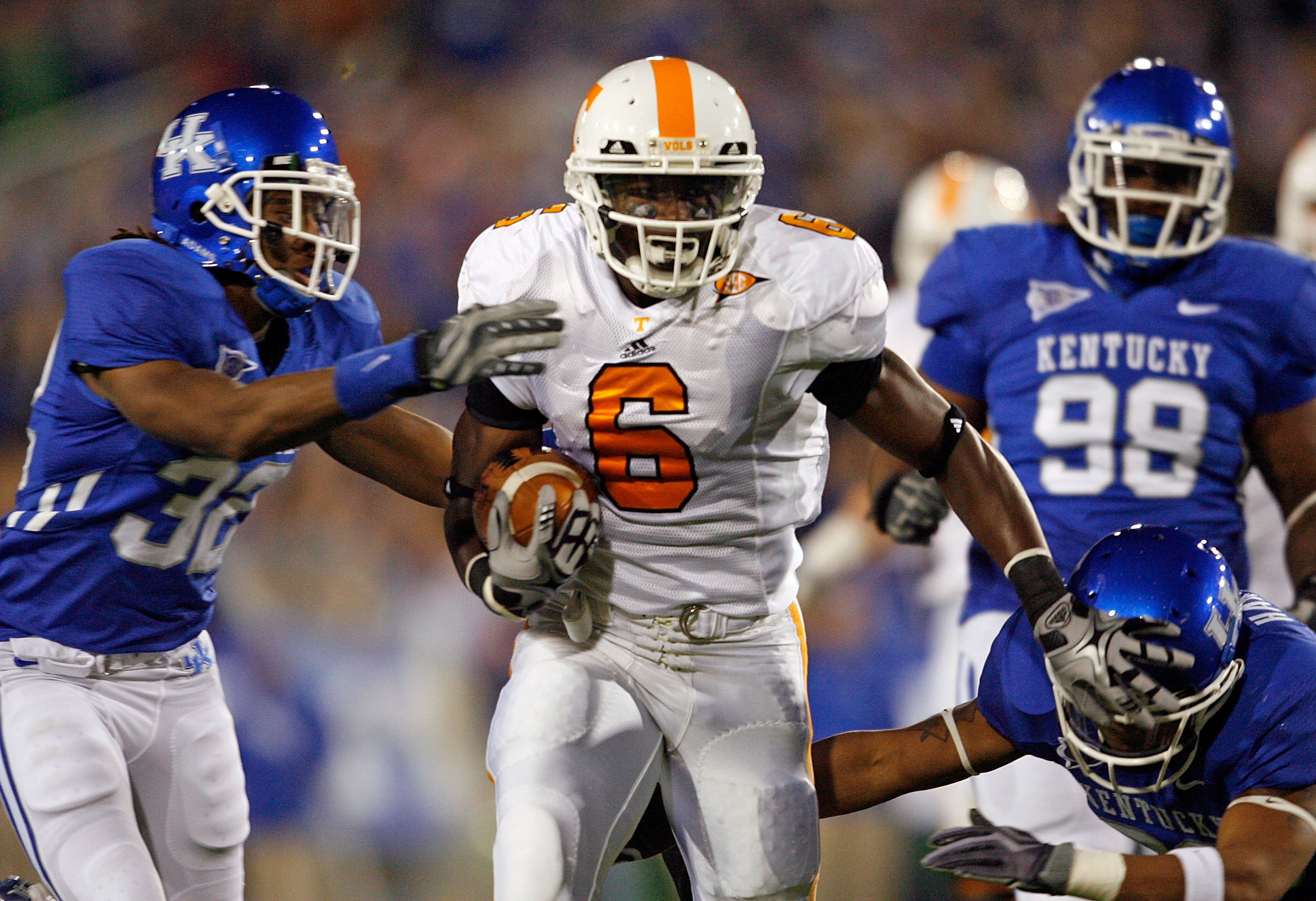 Looking for a slot receiver with terrific playmaking ability?

Tennessee’s Denarius Moore is your guy.

The 6'1" 195-pound Moore, a former high school track standout from Texas, has suffered through Tennessee’s offensive struggles all year. But he was finally able to break out and show the world his ability in the Volunteers’ last two games.

Against South Carolina and Memphis, Moore combined for over 300 receiving yards, scored two touchdowns and showed how dangerous of a receiving threat he can truly be. 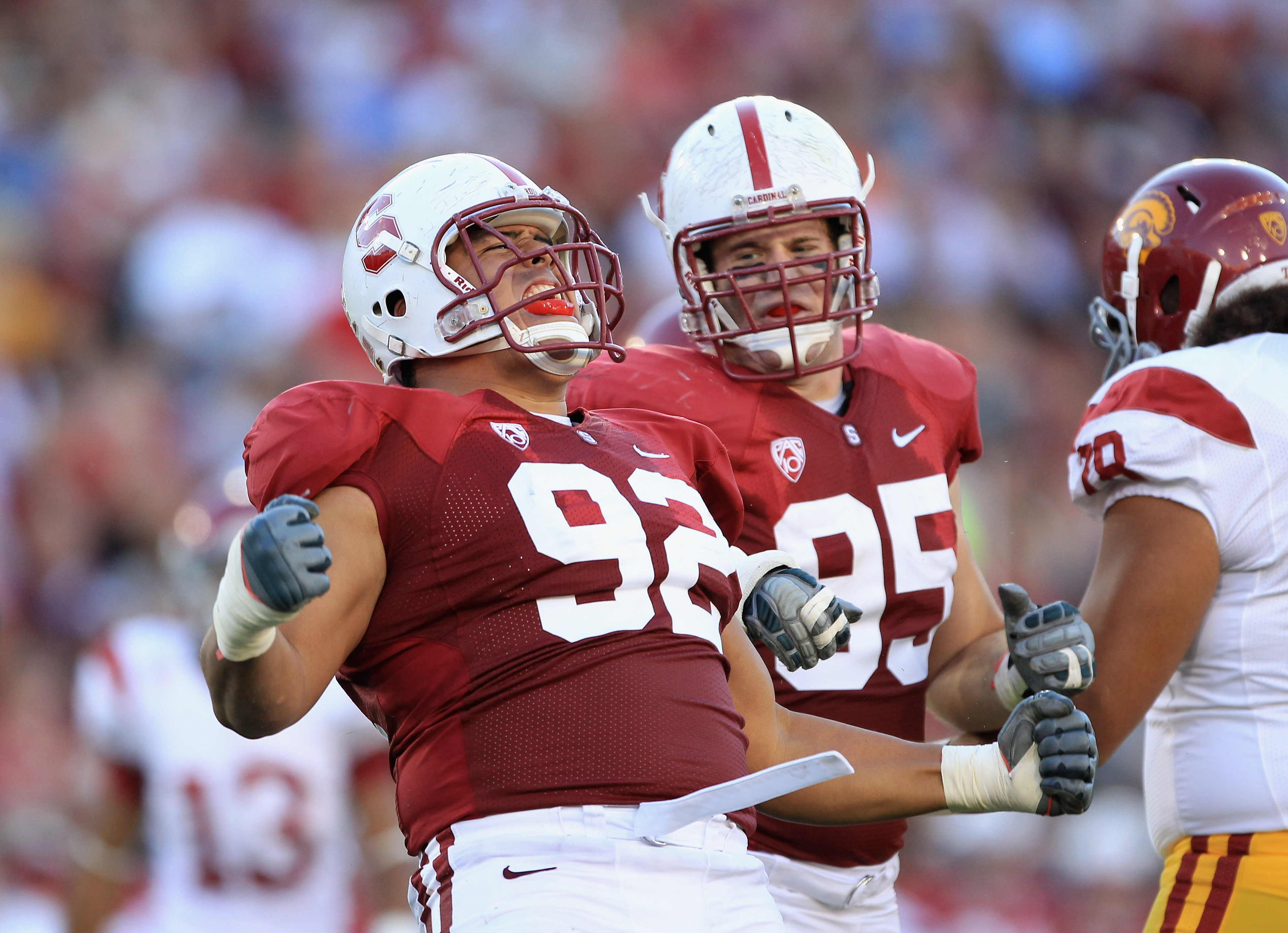 Sione Fua had to take on a big burden when Stanford decided to switch from a 4-3 defense to a 3-4 scheme before the start of the season.

The 6'2" 305-pound senior was asked to switch to the nose tackle position and occupy double teams with great regularity. So far Fua has shined in that role, and he’s turned out to be one of the centerpieces for a Stanford defense that’s one of the best the Pac-10 has to offer.

We’ve seen a dramatic increase in the number of Samoan defensive linemen occupying NFL roster spots in recent years and Fua looks like he’s next in line to join the group. 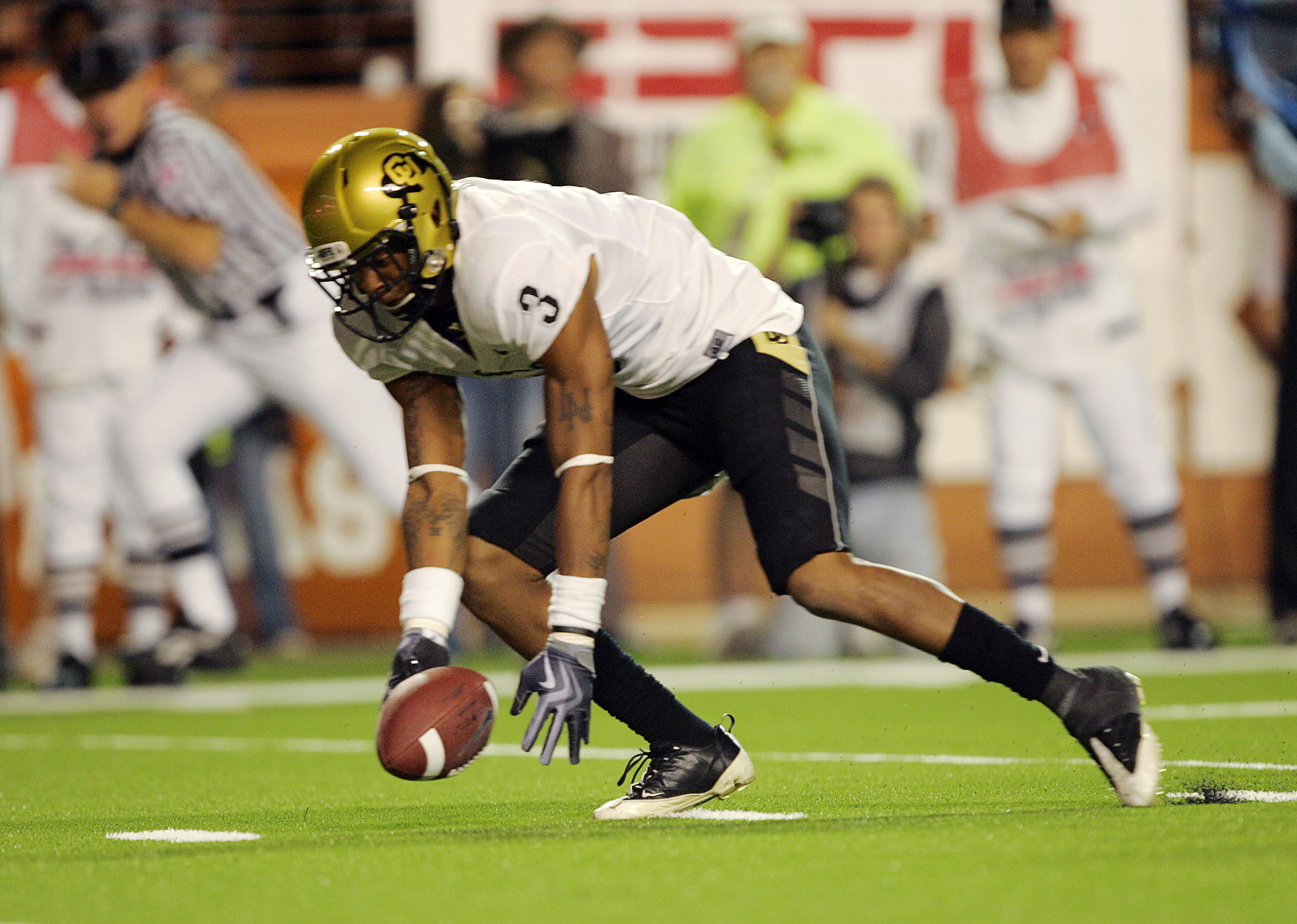 Playing in the same conference as Nebraska cornerback Prince Amukamara, it’s easy to see why Colorado's Jimmy Smith has flown under the radar throughout his college career.

The fact that he’s played for a Colorado team that has been downright poor during his four years also hasn’t helped much.

Don’t downgrade the 6'2" 200-pound coverman just because of the circumstances he’s surrounded with.

Smith has the size and natural athleticism to be a very successful starting cornerback in the NFL. He looks like the type of player who could shoot up the board if he has a successful showing in the postseason. 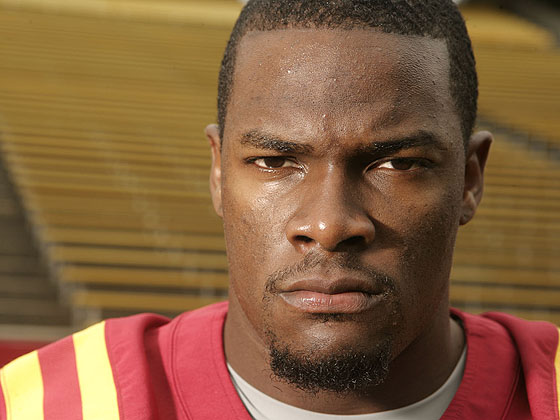 Iowa State safety David Sims may only be 5'9", but you would never know it by the way he plays.

Sims, who won the Big 12 Defensive Newcomer of the Year in 2009 after transferring from junior college, plays with a linebacker’s mentality and he isn’t afraid to get physical with ball carriers.

His coverage recognition must get better and it’s true that he may be a little on the small side, but Sims is the type of player who can be a valuable asset to an NFL defense. 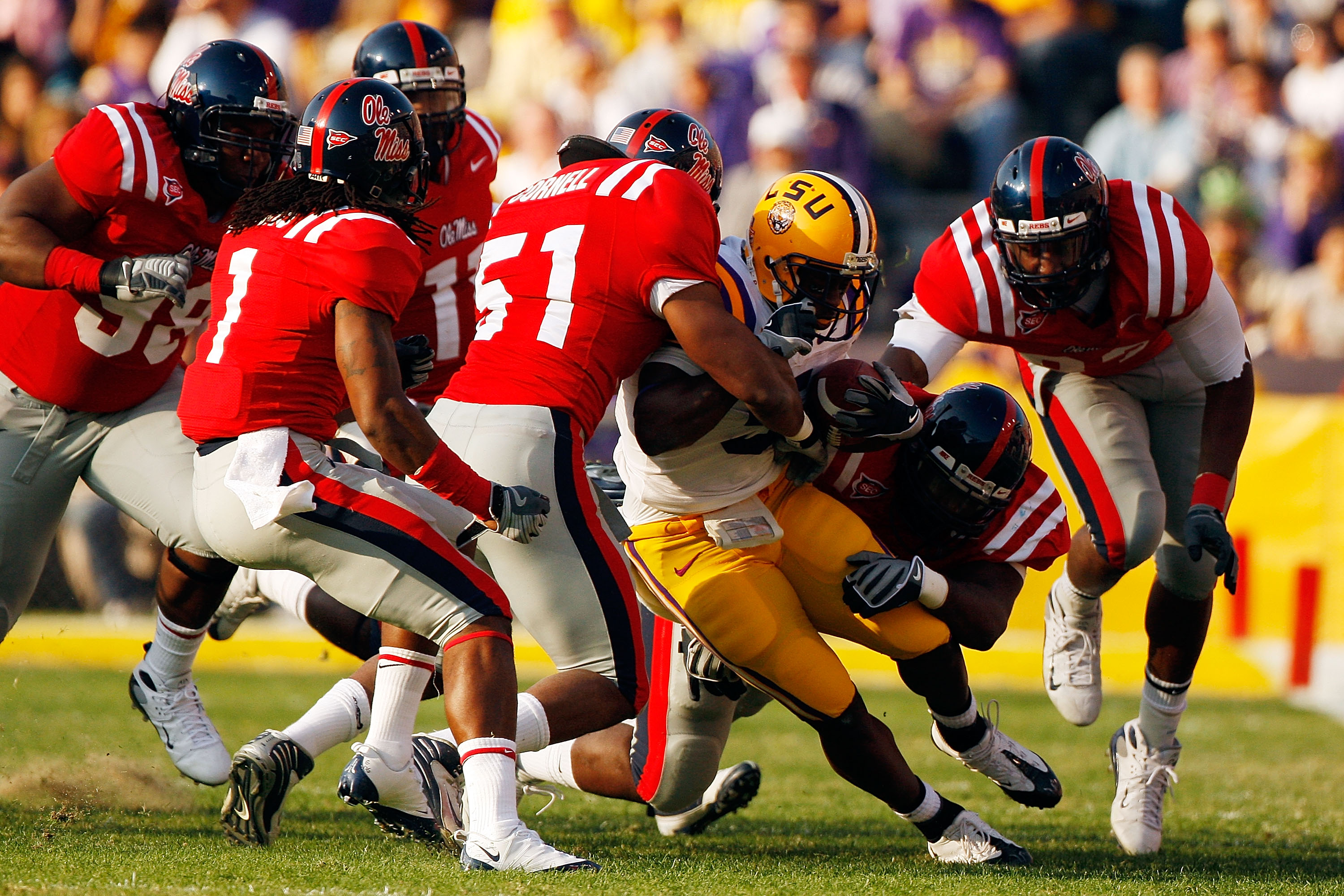 Michigan State’s Greg Jones is the inside linebacker who gets the most attention when it comes to the upcoming draft, but a player who could be worthy of similar praise is Mississippi linebacker Jonathan Cornell.

While you won’t get the 6'1" 240-pound Cornell confused with former Rebels' linebacker Patrick Willis, who has been dominating in the NFL since his arrival, you will be impressed by Cornell’s consistency.

The three-year starter currently leads the team in tackles and he has been the vocal leader of the defense since stepping into the middle linebacker position full time as a sophomore. 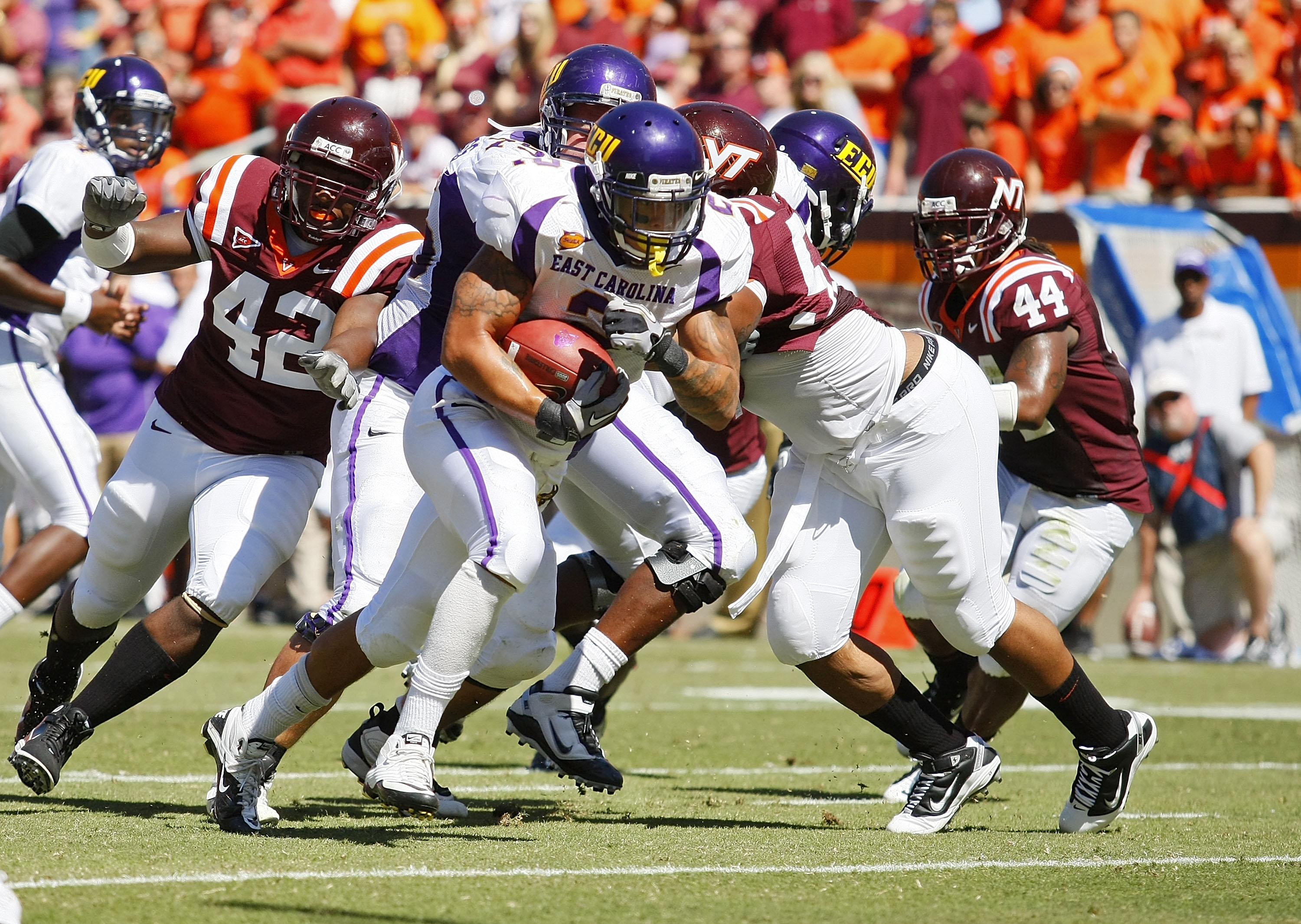 We’ve seen some notable running backs come out of Conference USA in recent years. Guys like Chris Johnson, Ahmad Bradshaw, DeAngelo Williams, Matt Forte and Kevin Smith all honed their skills and dominated C-USA defenses before arriving in the NFL.

One C-USA prospect who has shown flashes of NFL ability this season is East Carolina running back Jonathan Williams.

The 6'1" 200-pound senior is a versatile back who is equally dangerous as a runner and receiver out of the backfield.

Williams, who reportedly runs in the low 4.4 range in the 40-yard dash, should at the very least receive a combine invite and he could open some eyes with a strong showing. 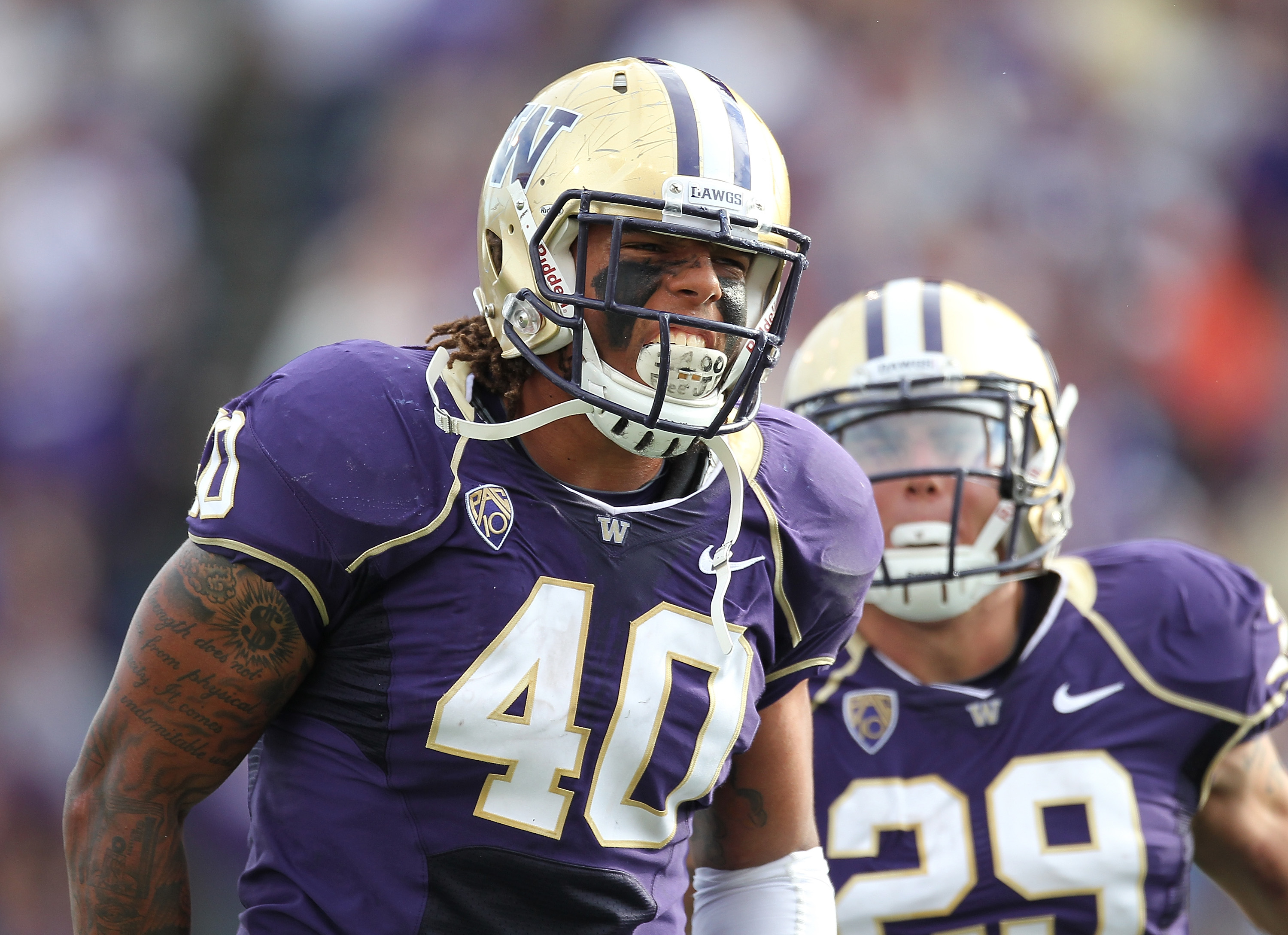 A lot of attention surrounding the struggling Washington Huskies team has centered around the falling stock of senior quarterback Jake Locker. This is unfair to linebacker Mason Foster, who has been playing exceptional football this season and who has been overlooked in favor of Locker.

Foster, a 6'2" 240-pound senior who currently leads the team with 113 total tackles, has been a tackling machine his entire career.

The three-year starter has shown he’s a better NFL prospect than Locker at this point and deserves to receive the attention and recognition his excellent play warrants. 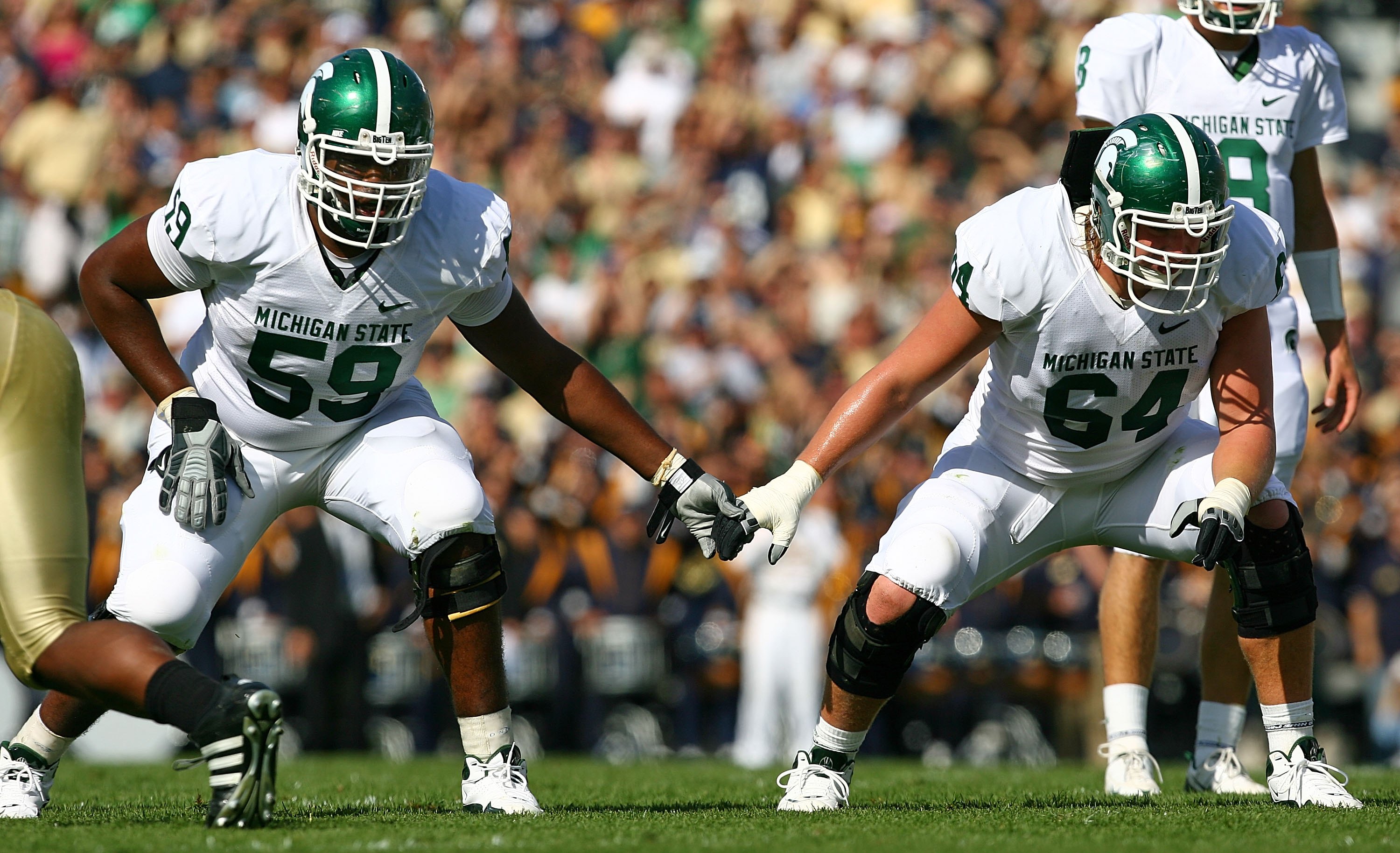 Michigan State lineman D.J. Young looks like one of the offensive tackles who's currently sitting on the second tier behind bigger names like Mississippi State’s Derek Sherrod and Wisconsin’s Gabe Carimi.

The 6'5" 300-pound Young certainly passes the eyeball test, but he still has some facets of his game that need to be refined.

Young will likely fit in better at right tackle in the pros, a spot he was accustomed to playing before making the switch to the left side this season. 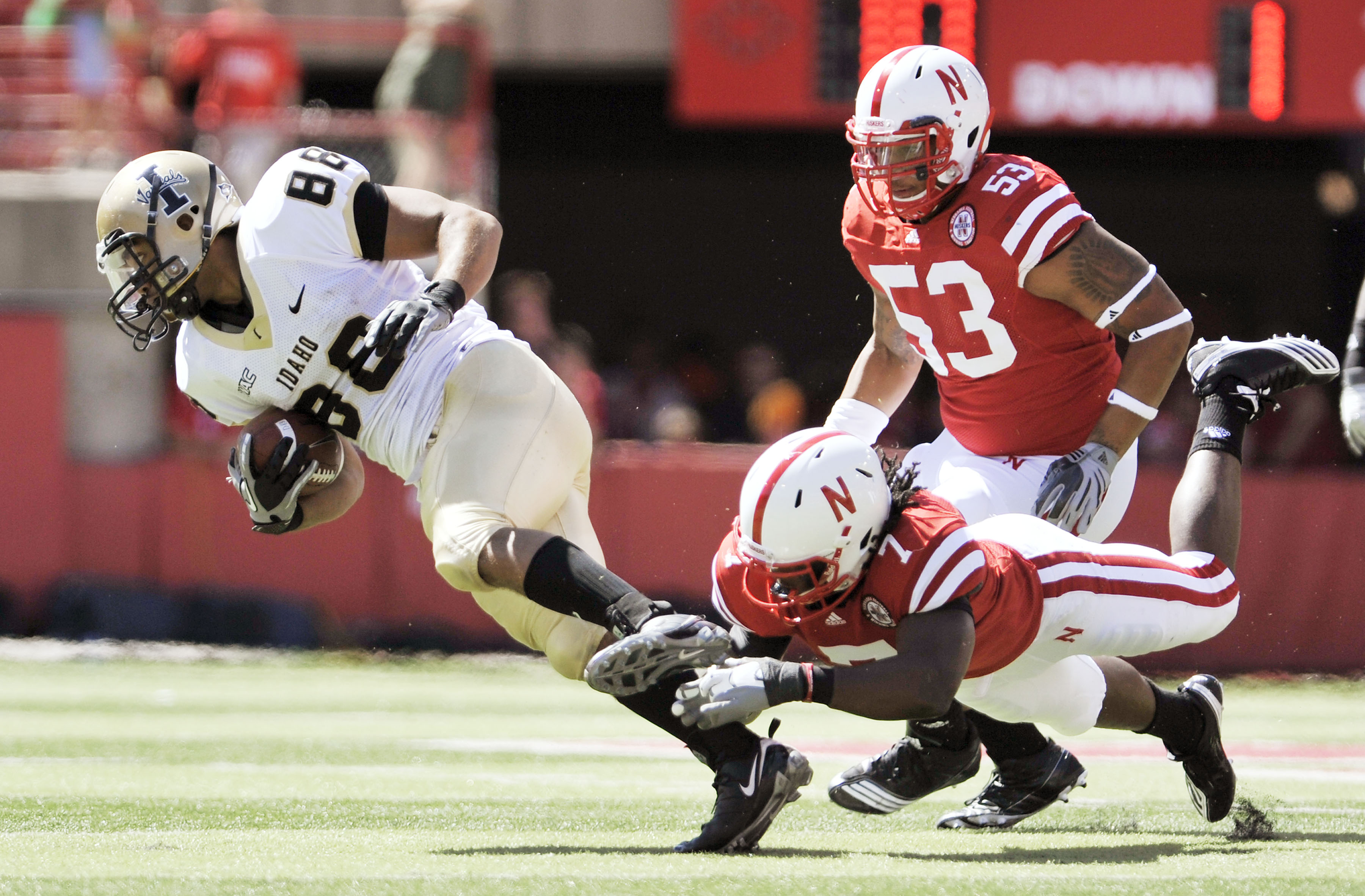 There are a few non-BCS tight ends, such as UAB’s Jeff Anderson, Nevada’s Virgil Green and Florida Atlantic’s Rob Housler, who all have a chance to enhance their value during the backstretch of the regular season. But one player who sadly won’t get that opportunity is Idaho’s Daniel Hardy.

The 6'4" 240-pound Hardy, who is the leading receiver for the Vandals with 32 catches for 545 yards, will miss the remainder of the season with a broken arm.

It’s a shame because, before the injury, Hardy was showing that he had the athleticism and pass-catching ability to be a valuable NFL prospect. 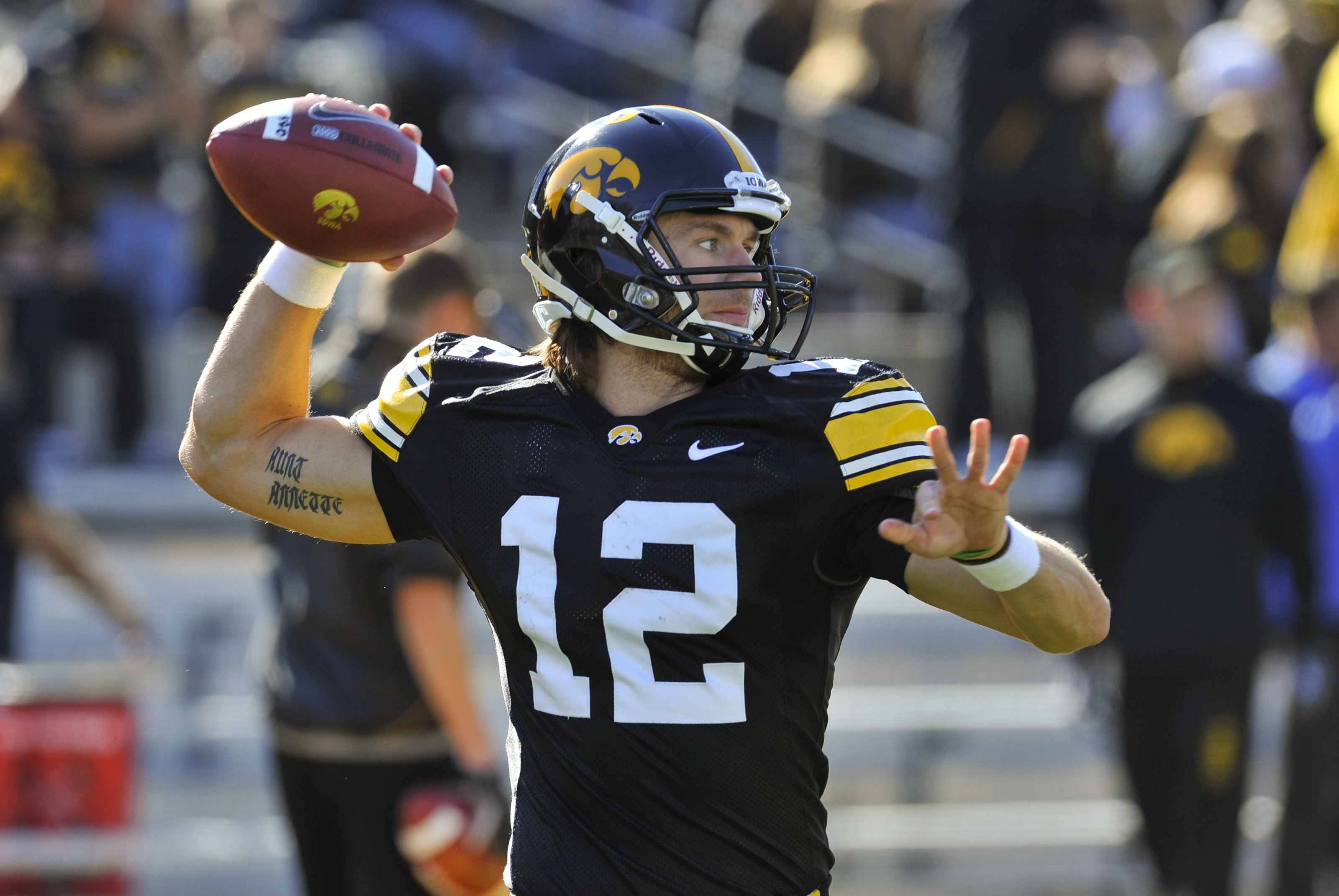 Every year a lot of people tend to focus on the so-called franchise-saving quarterbacks who will get the big first-round contracts and all the pressure of trying to save an NFL team. But often times they overlook some quarterback prospects who could make reliable back-ups in the NFL.

One player who looks like he has clipboard-holding potential is Ricky Stanzi of Iowa.

The 6'4" 230-pound Stanzi, who has completed 68 percent of his passes this year, is a surprisingly good athlete and has emerged as a leader this season instead of being the offense’s scapegoat.