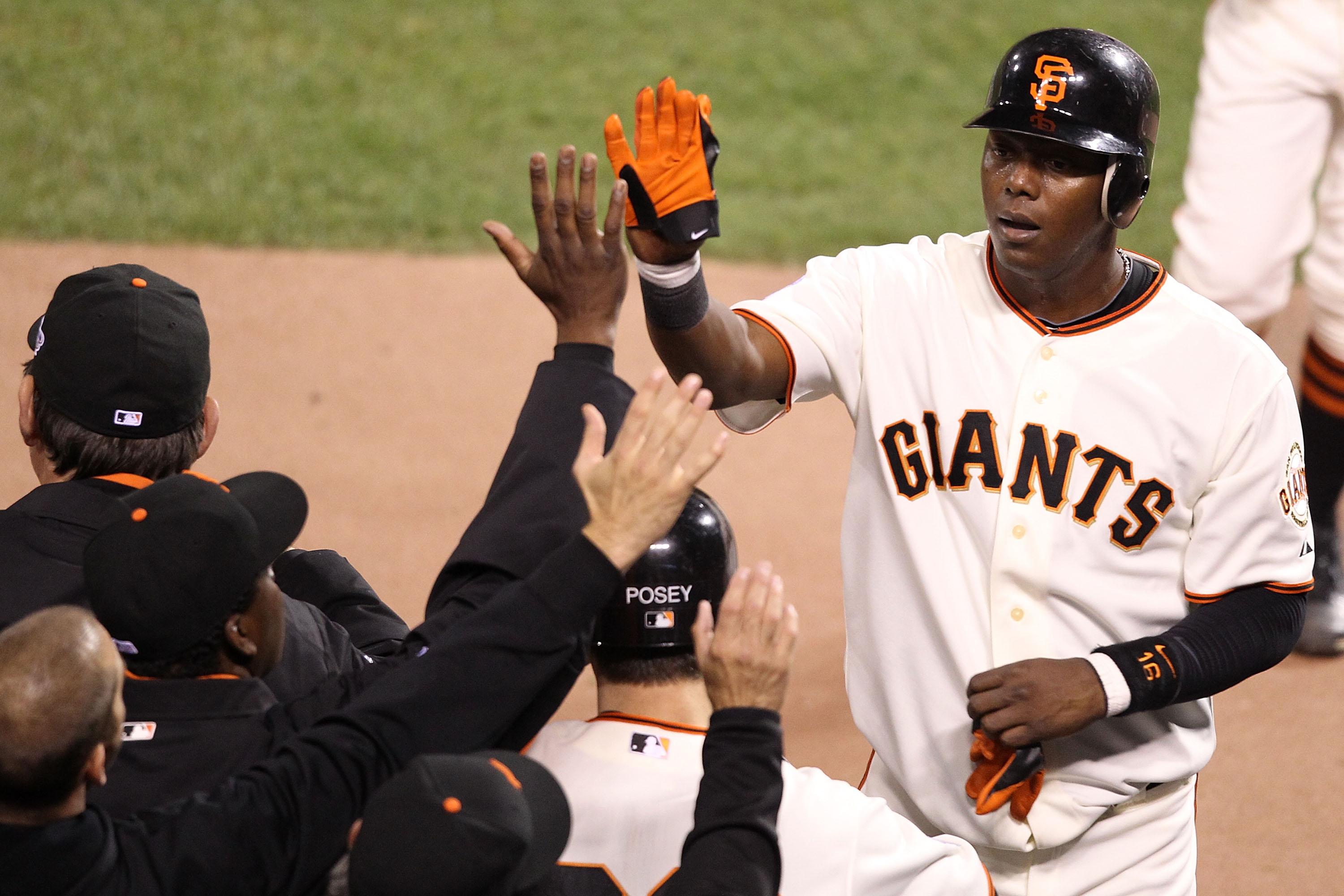 Before the 2010 World Series began last night, the common consensus was the San Francisco Giants had to score more to have a chance of winning the World Series.

The Giants pitching staff is excellent, but could they win a slugfest against the offensive prowess of the Texas Rangers?

Game 1 was labeled as an all-time pitching showdown. The matchup between Texas Rangers ace Cliff Lee and the San Francisco Giants two-time defending NL Cy Young award winner Tim Lincecum was billed as a classic to be.

However Game 1 was an offensive battle, and the Giants proved they could win a game when they needed to score many more runs than their accustomed to.

With Cliff Lee not able to get the victory for the Rangers in the series opener, how good are the Rangers' chances to win the title now, against a Giants rotation that continues to impress after Lincecum?

Now we'll review several important points we learned about Game 1 of the 2010 World Series, as well as some interesting, unknown statistics that may surprise you.

Year of the Pitcher? Not a Theme From Game 1 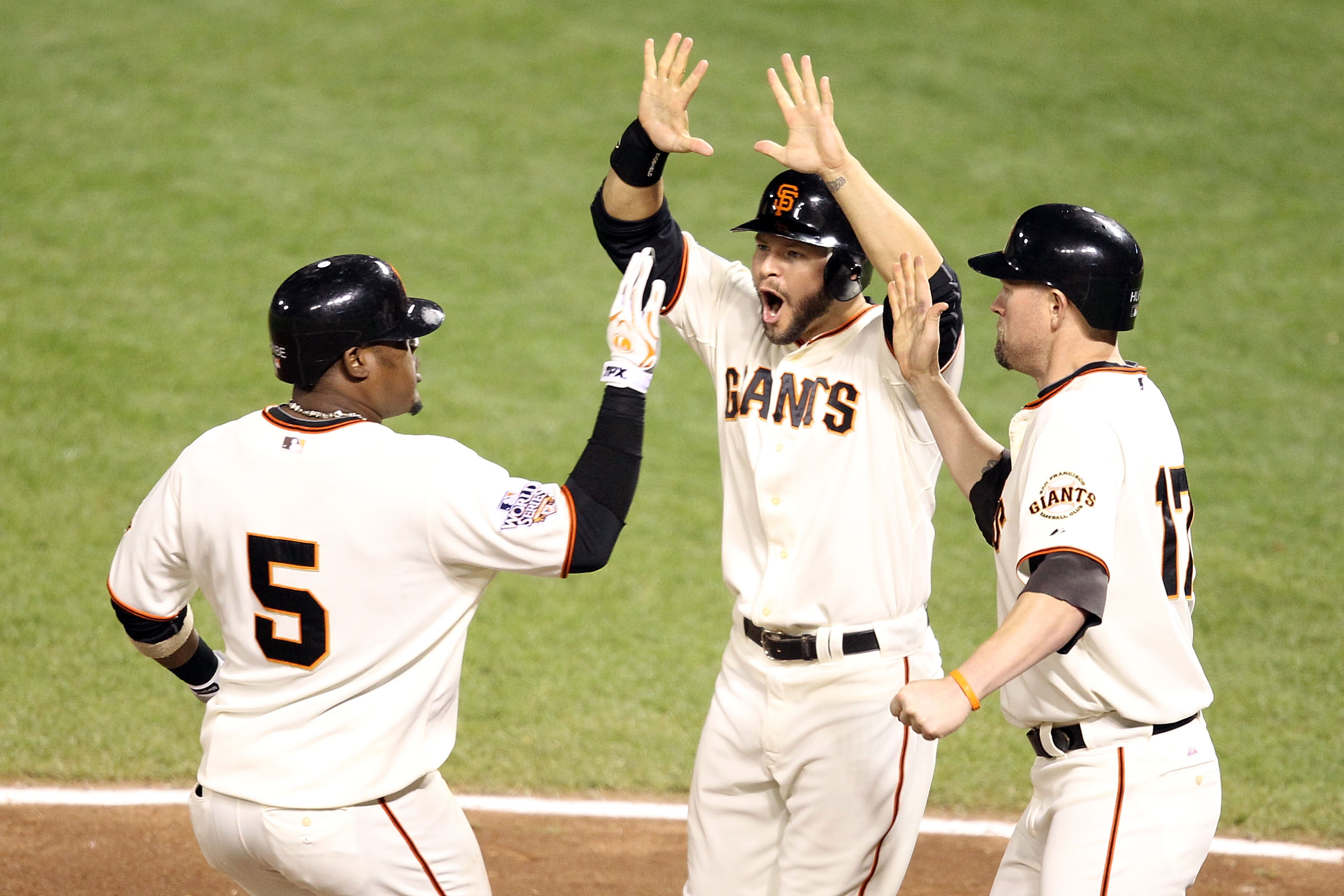 2010 has seen so many brilliant pitching performances. Multiple no hitters, perfect games and shutouts have caused experts to name 2010, "The Year of the Pitcher."

Game 1 of the 2010 World Series was a matchup between two of the best pictures in baseball, the Rangers' Cliff Lee, and the Giants' Tim Lincecum, but the pitching was nothing to be proud of.

For a game with a sensational pitching showdown, in one of the most friendly pitcher's parks no less, an 11-7 offensive battle was hardly an expectation.

No one saw a game having 18 runs scored, 25 base hits, 10 extra base hits and 12 total pitchers used coming.

For the Giants, there offensive explosion goes beyond Game 1.

The confidence the Giants now have with their offensive capabilities, added with their stellar pitching staff, has them feeling quite comfortable about their chances of winning the franchise's first World Series title in San Francisco. 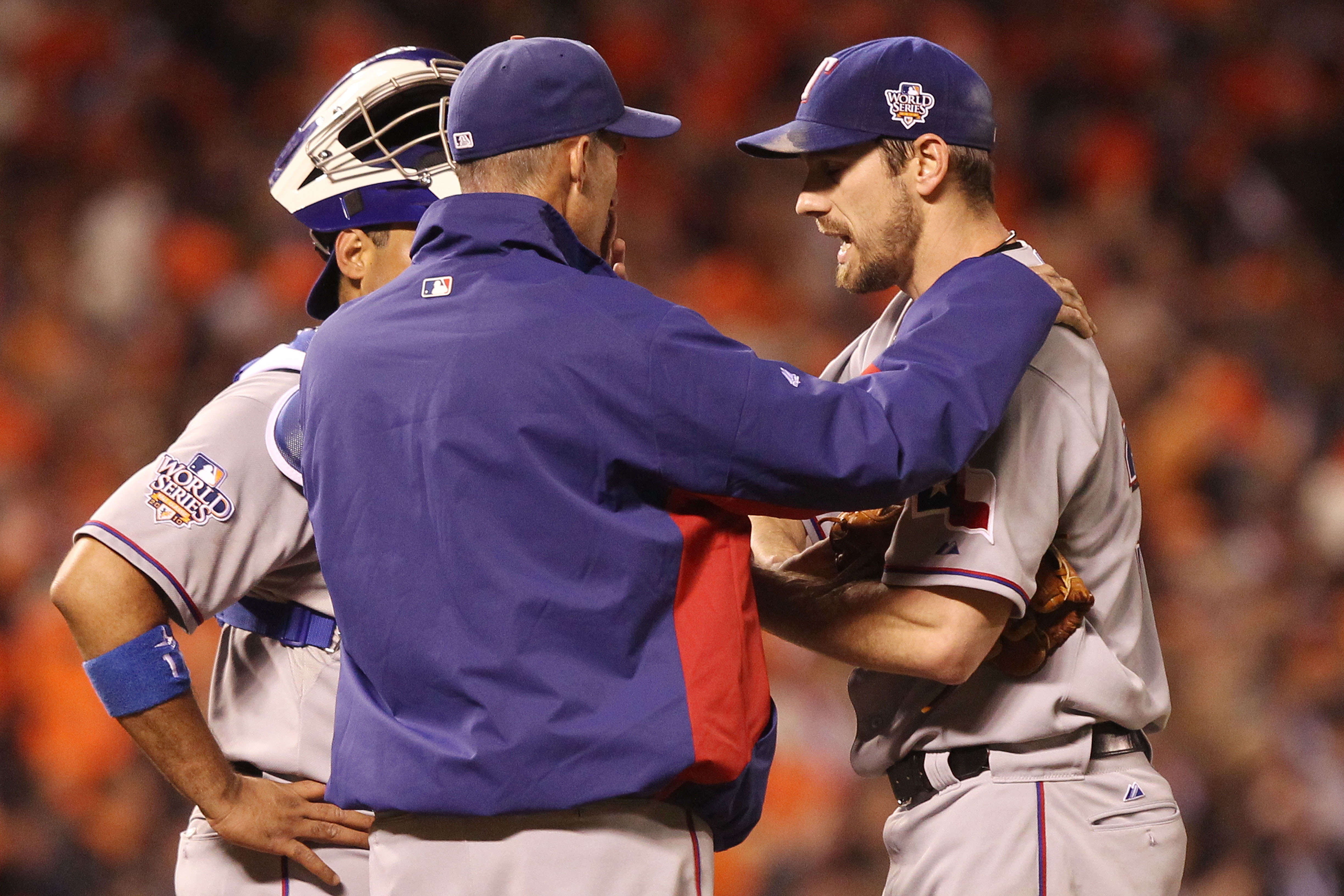 Before you jump all over me, lets compare Cliff Lee's pitiful Game 1 performance with his other career playoff starts.

In Game 1 we saw Cliff Lee allow seven runs, six of them earned, while facing only 15 batters.

What were the chances Lee would give up almost as much earned runs in a single World Series game, as he had given up in eight career playoff starts?

Lee has shown he is a very capable playoff pitcher, but did the pressure of the World Series get to him? The World Series is a totally different fight than the League Championship series.

While General Managers look at Cliff Lee's Game 1 performance in the offseason, the poor outing may cost him millions in free agency.

Working in Lee's favor however, is that there's still time to redeem himself, and C.C. Sabbathia's poor playoff record didn't hurt his chances of landing a $160 million contract with the Yankees, who are a team interested in signing Lee this offseason.

The Rangers Have Awoken a Sleeping Giants Offense 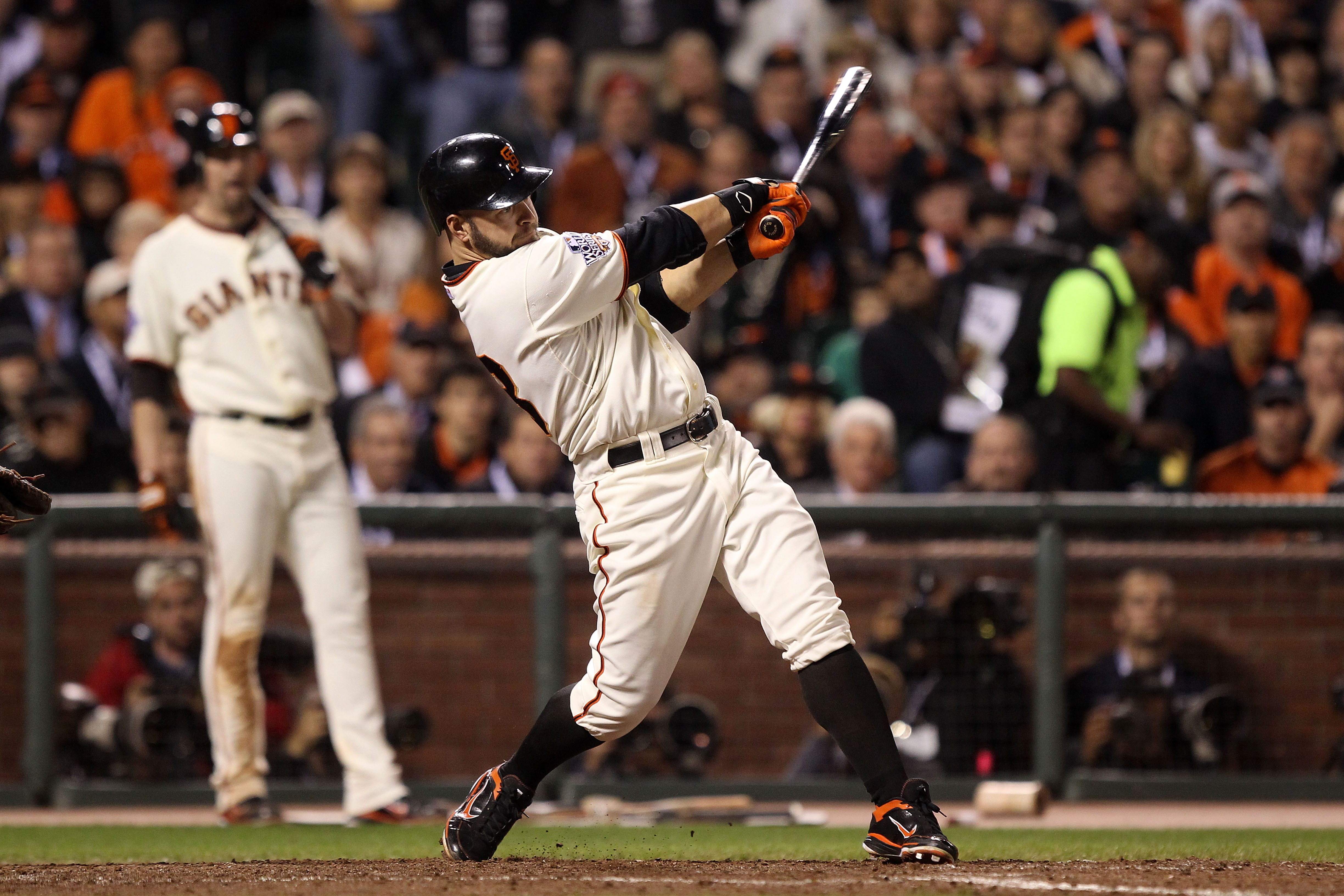 Leading up to the 2010 World Series, the question surrounding the San Francisco Giants was whether or not they could win high scoring games against a Texas Rangers team with many great hitters.

Game 1 proved to us the Giants can win a shootout, and with the advantage they have in starting pitching over the Rangers, Game 1 could prove the most important game of the entire series.

Wondering how little offensive the Giants have been able to muster the last month? Before Game 1 last night, the Giants hadn't scored more than four runs in a game since September 25th. Four and half weeks ago!

The Giants were aware of the chances they had of scoring seven runs off Rangers ace Cliff Lee.

In an ESPN story by Jayson Stark updated on October 28, 2010, Giants outfielder Cody Ross explained how much of a chance his teammates felt they had to dominate Lee.

"NO chance," said Giants clutch hitter Cody Ross. "Especially on this stage, and in this moment."

San Francisco has had quality consistent pitching all season, but it seems their offense has awoken at the perfect time.

The Giants Have Beaten 6 Of Baseball's Best Pitchers This Postseason 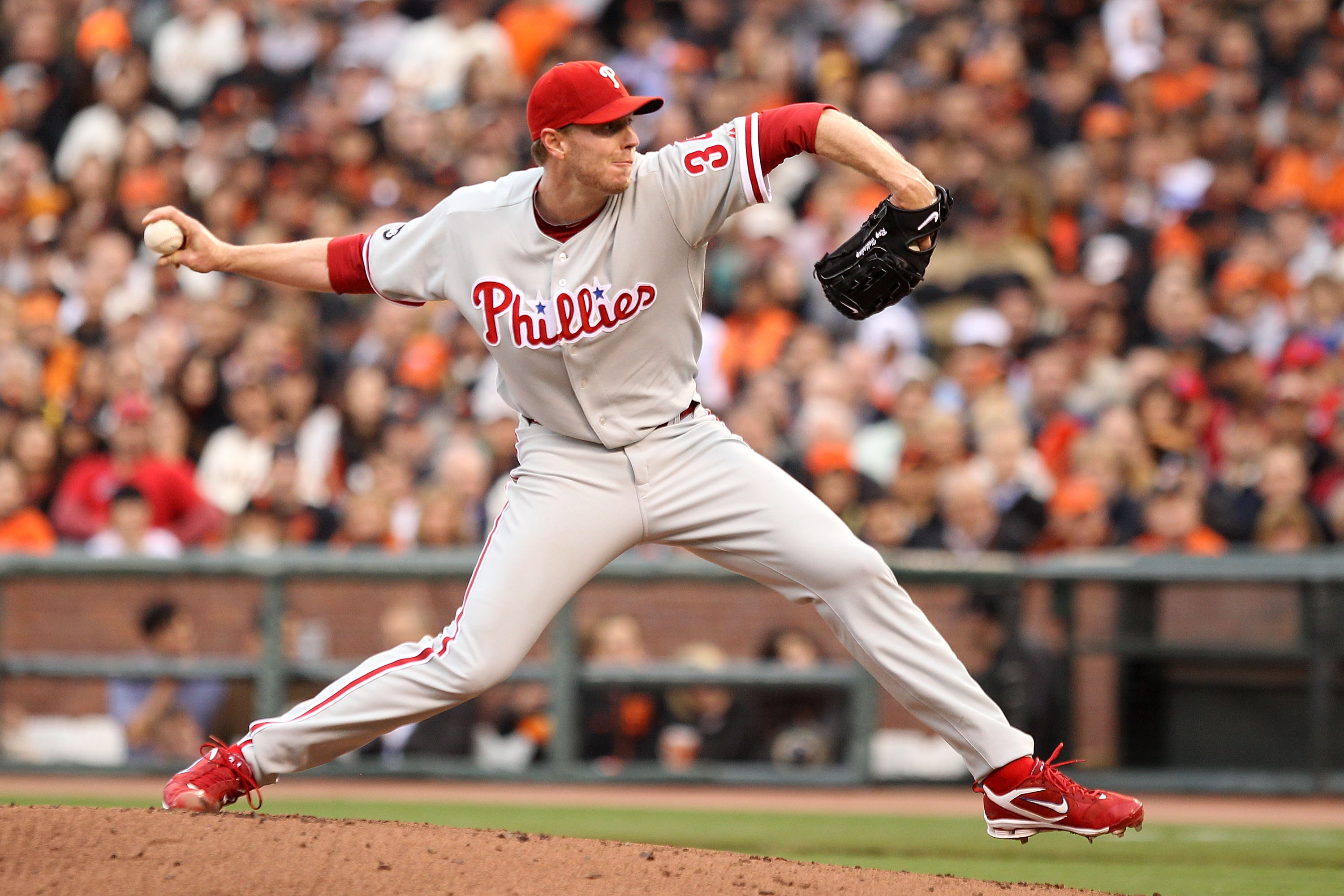 The San Francisco Giants are no strangers to beating the top pitchers in baseball.

It seems every time baseball analysts talk about how good the pitcher the Giants are facing on a given night is, the Giants go out and beat them.

Roy Halladay and Cliff Lee are perhaps the best two pitchers in baseball, but the Giants have found ways to beat them.

For a team that produces little offense, the Giants know how to beat baseball's best pitchers.

The Giants Offense Knows Their Roles 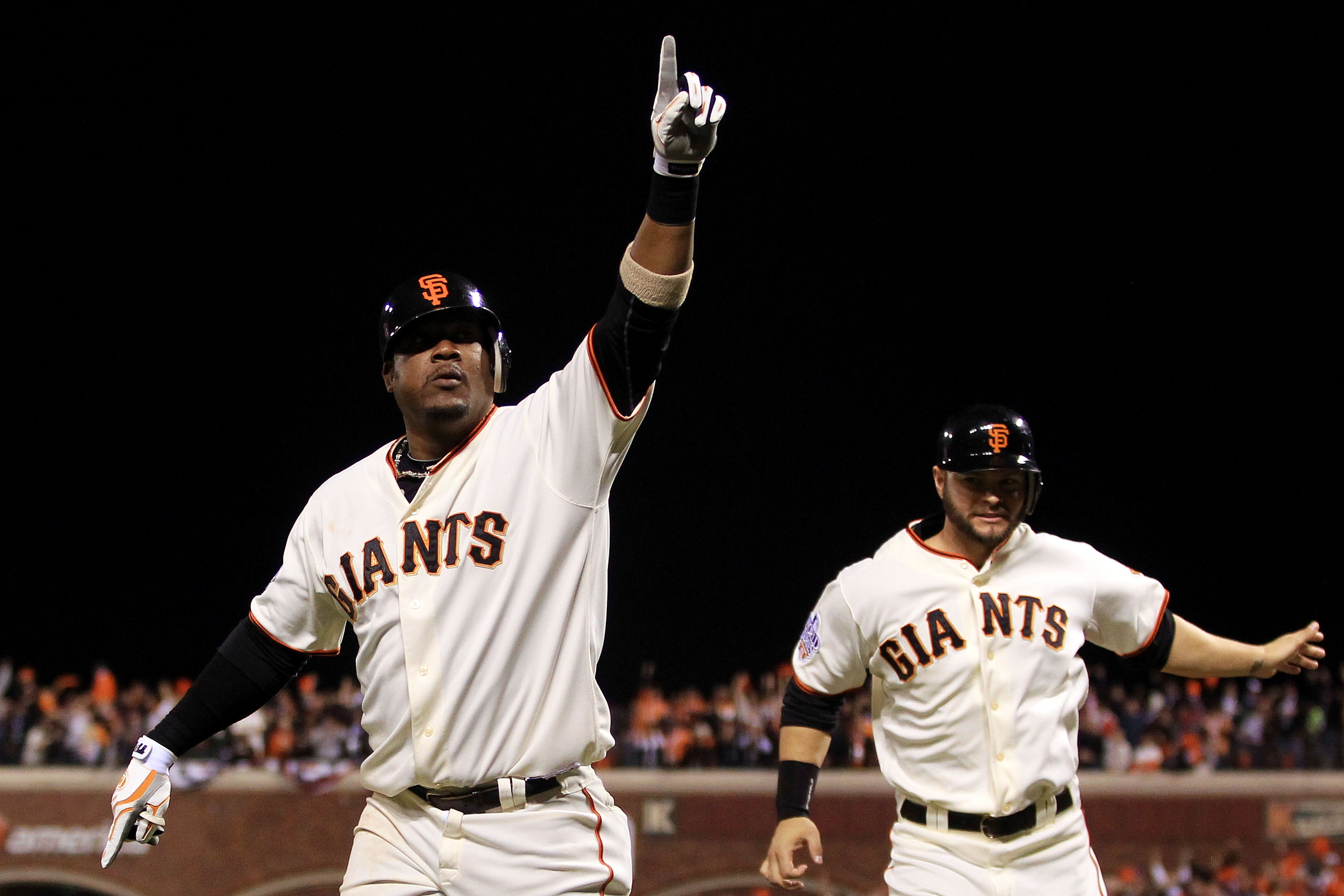 Juan Uribe is not afraid of the bright lights of the World Series. A champion with the Chicago White Sox in 2005, Uribe helped the White Sox close out the Houston Astros in Game 5 with two memorable defensive plays for the final two outs.

Wednesday night in Game 1, Uribe's 3-run home run catapulted the Giants to victory. Uribe is one of many Giants offensive heroes who have gone unnoticed this postseason run.

Cody Ross, the Giants Mr. October of 2010, has transformed himself to a reliable playoff performer.

The Giants offense does not wow you with superstar names, but to a man, everyone does their job well, and brings a certain strength to the attack.

With the great pitching San Francisco has, one run is all they need to win many games, but when they score 10, forget about beating them. 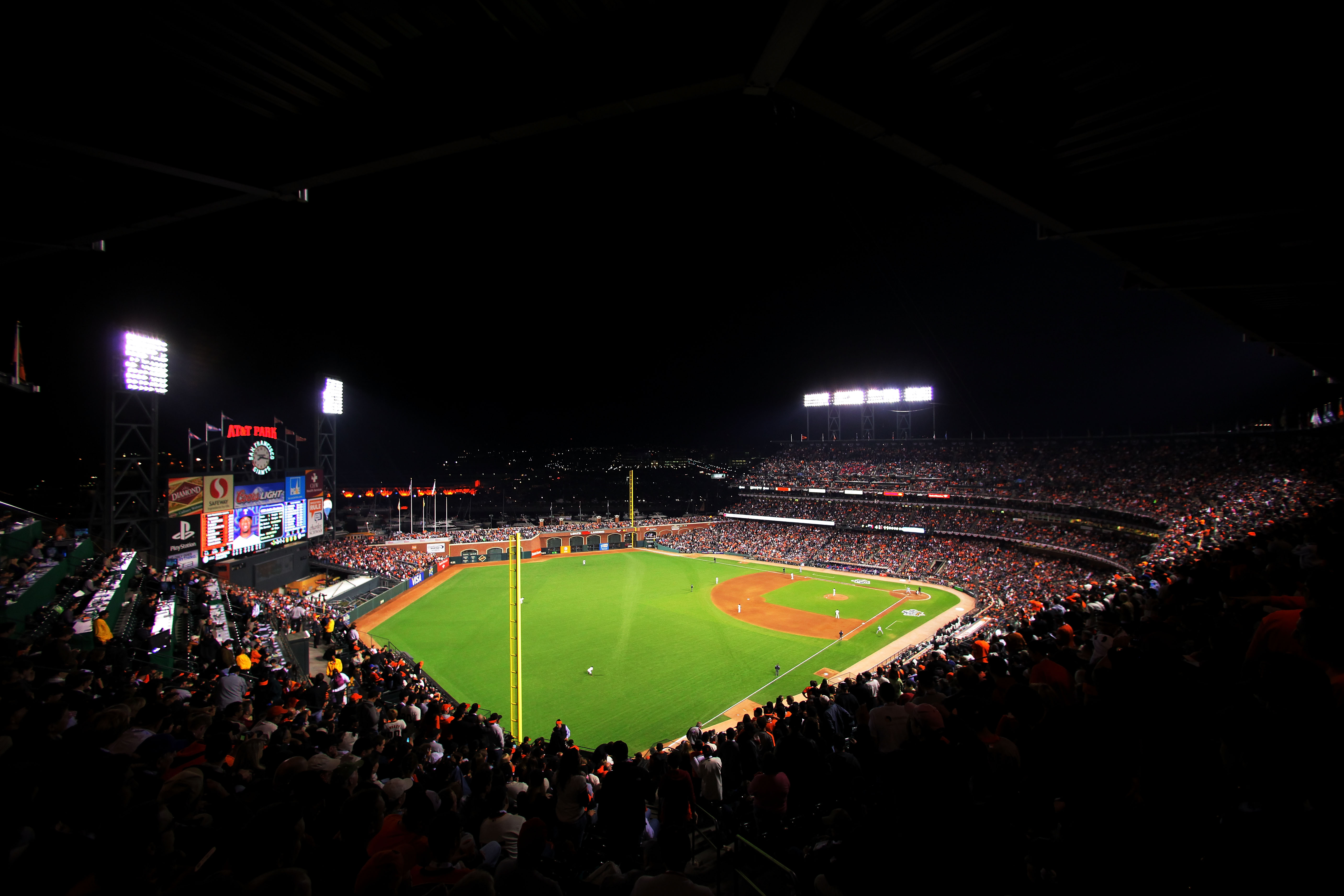 As Cliff Lee turned on the hot water in the shower after exiting Game 1, his postseason ERA had gone from the third best ever, to eighteenth best.

Lee's abysmal opening act does not spell doom for the Rangers, who can score 11 runs themselves as quick as any team.

But this loss hurts mentally more than anything. Without getting a win from their almost automatic ace, the remaining Rangers starters must pitch well or this series will be over real soon.

For the Giants, the offensive outburst was timely and needed, but they cannot get away from the gameplan that got them this far, solid pitching and defense.

The World Series has become very unpredictable, and for baseball fans, and FOX Sports, the uncertainty will make for an exciting series.

Nicholas Goss is a Bleacher Report intern, and sports writer for Suffolk University's Suffolk Journal. Follow him on Twitter, nwgoss